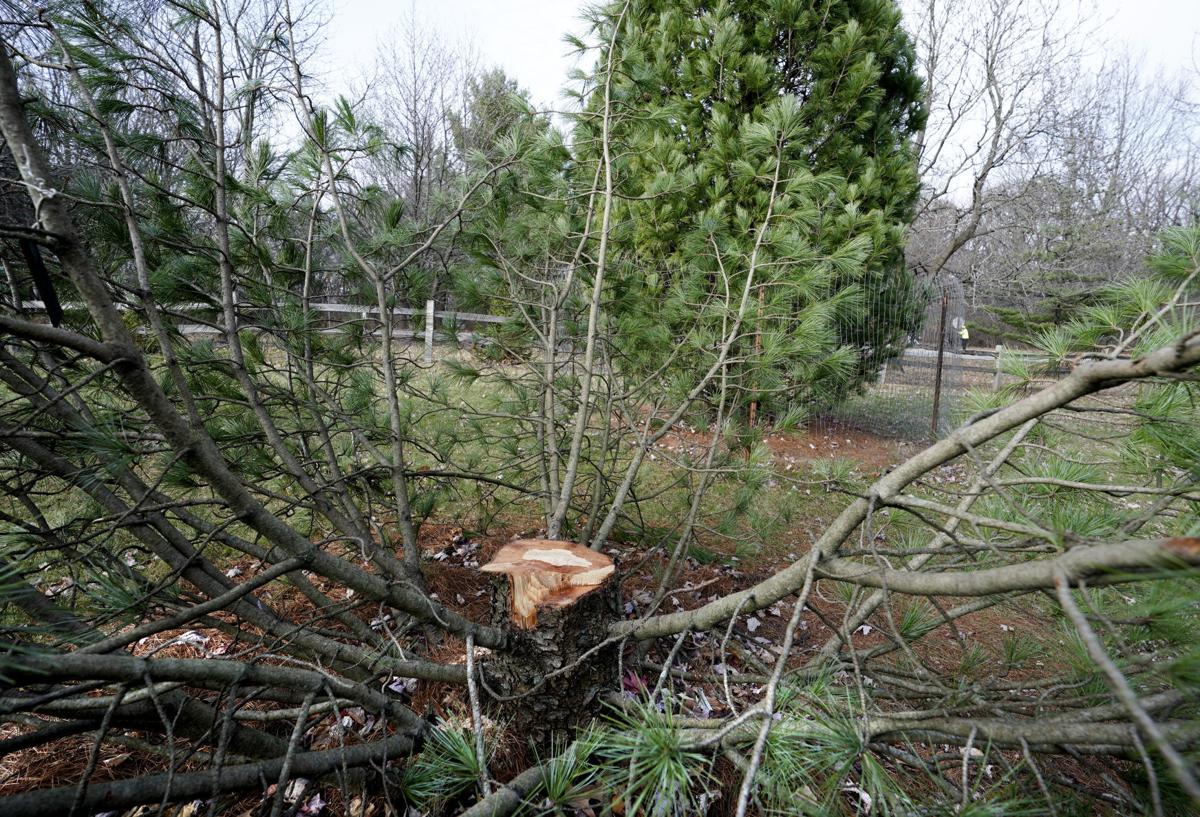 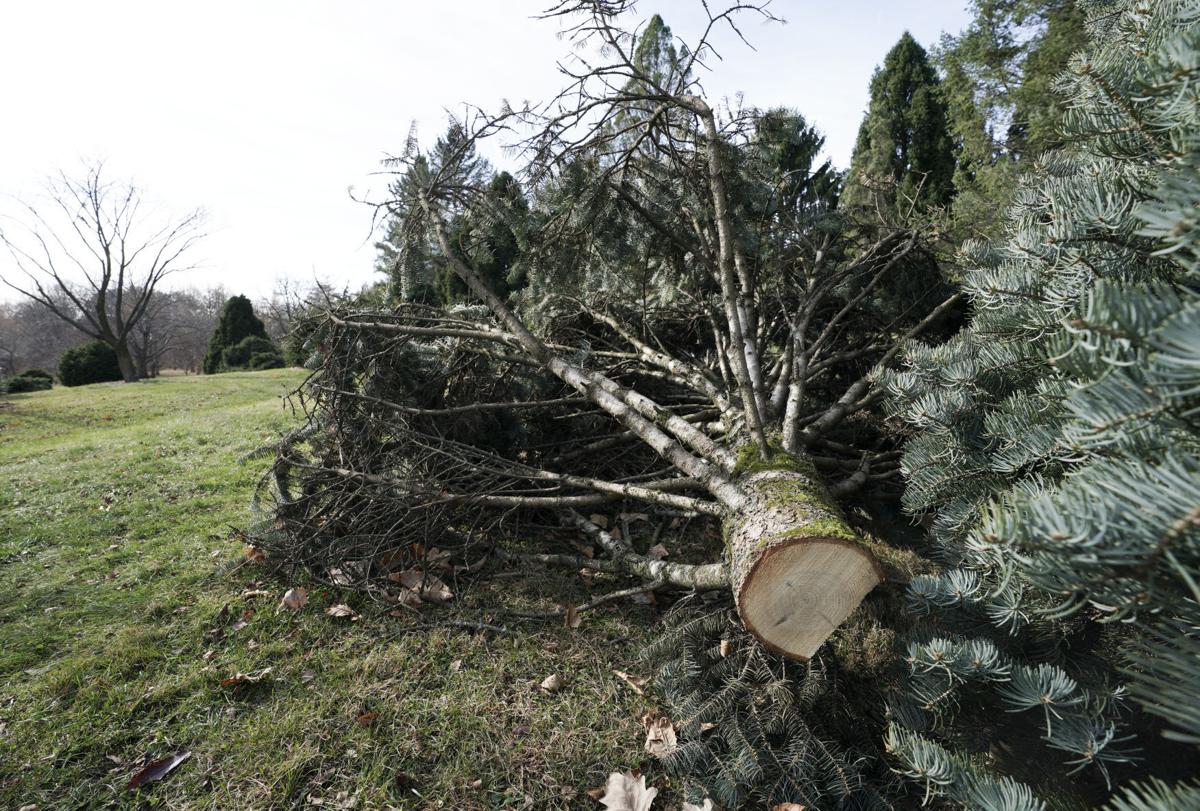 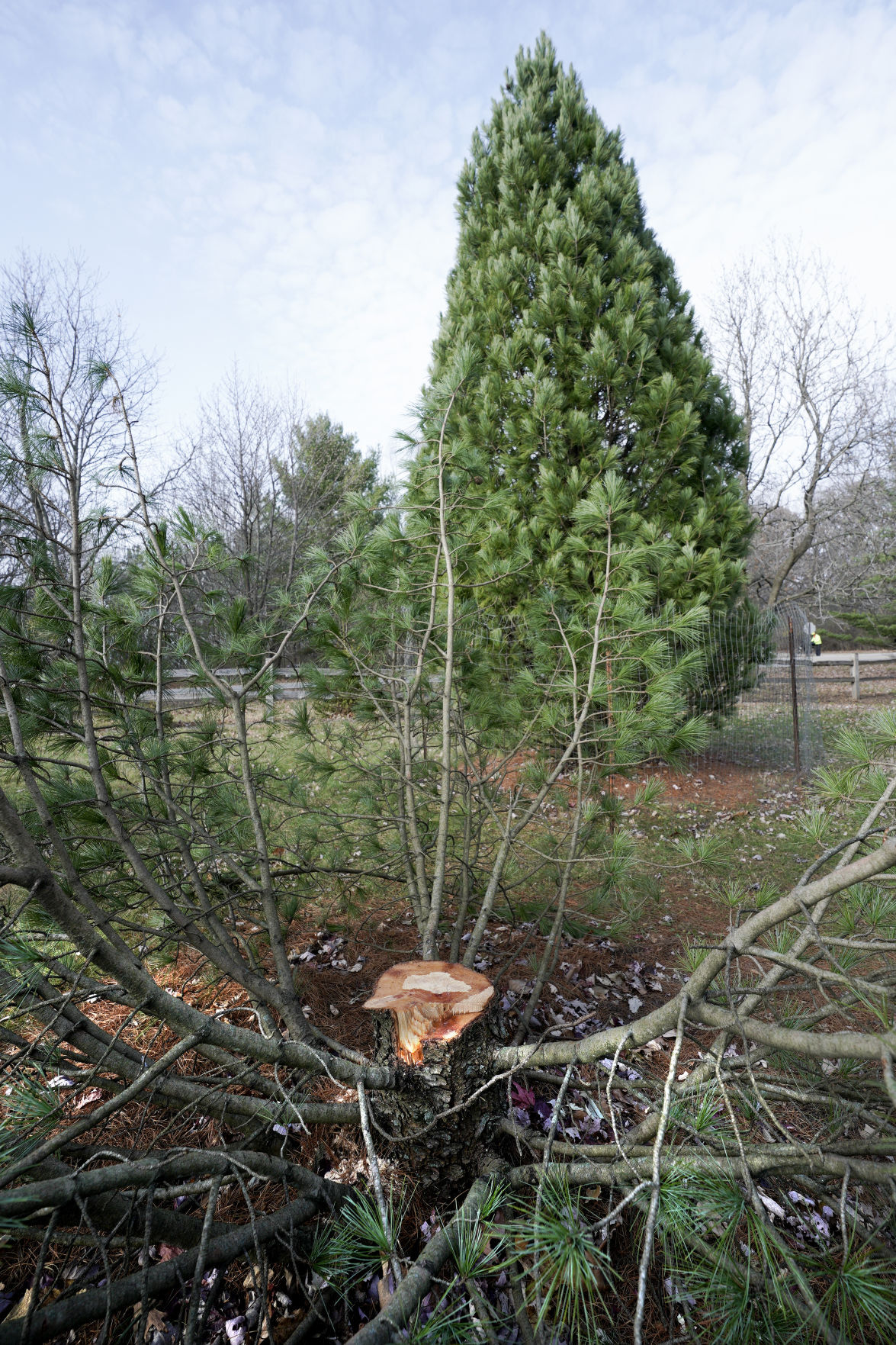 One of the more bizarre crimes in Madison history has been solved, with citations being issued to three 19-year-old UW-Madison students in the theft of a 25-foot pine tree from the UW Arboretum in November.

UW-Madison officials asked for the public to help in finding whoever went into the Arboretum between Nov. 5 and Nov. 9, cut down and carted away the rare Algonquin Pillar Swiss Mountain pine tree, and cut off a 12-foot section of a Compact White Fir tree, but left it on the ground. The trees were worth at least $13,000 combined.

On Friday, UW-Madison police spokesperson Marc Lovicott announced that the case had been solved “thanks to a tip from the community” to the department on Monday.

In various interviews, three members of the former Chi Phi admitted to purchasing a chainsaw, renting a U-Haul, and stealing the tree as part of the organization’s “pledge.” They said when they learned how rare the tree was, and that police were investigating, they destroyed the tree and disposed of it outside of Madison, Lovicott said.

Cameron Krahn, Cody Knepprath and Joshua Michels each were cited for removing the tree, which carries a fine of $200.50.

At the time of the crime, the curator of the Arboretum’s Longenecker Horticultural Gardens, David Stevens, speculated that the Algonquin pine was “most likely taken for a large Christmas tree display. Somebody’s trying to make a buck.”

Stevens said the Arboretum has occasionally seen smaller trees taken from the conifer section in years past.

“We’re just devastated,” he said at the time of the crime. “It feels like somebody broke into your house and stole something precious to you.”

The owner of Beef Butter BBQ is planning to open Camp Beef Butter BBQ, a place where people can eat his barbecue on picnic tables overlooking more than 40 acres of wetlands.

Dr. Zorba Paster: For longer life expectancy (looking at you, men) stay on top of hypertension

Getting someone to see a doctor and take their meds, especially men, can be rather, shall I say, problematic.

Vilas Zoo closed on March 14, 2020, due to the COVID-19 pandemic. Much of the zoo opened again on June 18, but the Children’s Zoo remained closed.

The leak, which occurred in 2019 but was not reported until last summer, contaminated at least 130 tons of soil, and toxic chemicals have been detected in groundwater at thousands of times the state limits.

More rain for the weekend, then warmer, then colder for southern Wisconsin

A spring rollercoaster of weather for southern Wisconsin will bring rain for the weekend, then temperatures well above normal, before they plunge again, according to forecasters.

“We don’t want to take five steps back just when we’re at the cusp of things getting a lot better,” said Julie Willems Van Dijk.

The River Food Pantry's River Delivers program was born out of the pandemic and its impact on so many lives.

A man charged with two counts of attempted homicide for a shooting in Madison in September that injured two people was arrested Thursday, Madison police reported.

A man facing drug charges in Dane County was jailed after being arrested for a fourth offense of OWI in Dodge County, Madison police reported.

Jayce A. Keller, of Rockford, died Wednesday at a Madison hospital two days after he fell into the Rock River in the Winnebago County village of Machesney Park.

A sex offender wanted in Iowa was arrested at a Monona hotel on Friday, Monona police reported.

Shell casings were found after gunshots were reported on the Far East Side early Saturday morning, Madison police reported.

Man, 71, escapes injury when hit by car while crossing Near East Side street, Madison police say

A 71-year-old man escaped injury when he was hit by a car while crossing a Near East Side street on Sunday night, Madison police reported.

A man asked two teens what time it was, then robbed one at gunpoint Friday night on the East Side, Madison police reported.