The statue of Col. Hans Christian Heg, torn down by protesters at the state Capitol on June 23, honors a Norwegian immigrant from Wisconsin who died fighting for the Union Army in the Civil War.

“The State has sent no braver soldier, and no truer patriot to aid in this mighty struggle for national unity, than Hans Christian Heg,” the State Journal wrote Sept. 29, 1863, reporting word of his death. “The valorous blood of the old Vikings ran in his veins, united with the gentler virtues of a Christian and a gentlemen.”

Heg was mortally wounded in the bloody Battle of Chickamauga on Sept. 19 of that year and died the next day. The highest-ranked Wisconsin officer killed in combat during the Civil War, Heg commanded a regiment largely composed of other Scandinavian immigrants. He was 33 years old.

Heg settled in the Racine area with his parents in 1840 and lived in Wisconsin for all but one year, when he mined for Gold in the West before moving home to take over his family's farm. In 1859, he was elected to the statewide office of prison commander, "earning a reputation as a pragmatic reformer," according to the state Historical Society. Heg found an outlet for his anti-slavery views when he was tapped to lead his Union brigade.

The monument to Heg was unveiled on Capitol Square in October 1926 before a crowd of about 2,000 people. On Tuesday, a group of protesters tore it down, along with Wisconsin's "Forward" statue. Here's a look at coverage of Heg and the statue over the years. 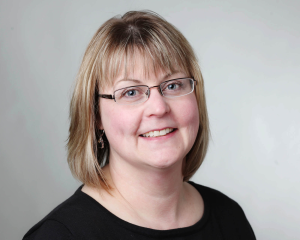 Teryl Franklin is the National News Editor for Lee Enterprises. She previously worked in a variety of roles for the Wisconsin State Journal, including managing editor and senior editor for audience development.

After being egged on by the president, his supporters staged an invasion last week of the U.S. Capitol.

The Vel Phillips Statue Task Force announced Thursday that it has received $100,000 in donations from the Madison Community Foundation and Rennenbohm Foundation.

After more than a year of repairs, the two statues that were torn down during last summer's protests were restored to the Capitol Square Tuesday morning.

Remember Manchester's department store? What about Woolworth's and Kresge's? Downtown Madison has been home to many iconic shopping hot spots …

Photos: Look back at Concerts on the Square over the years

Organizers have pushed back this year's Concerts on the Square by five weeks because of social distancing measures in the wake of COVID-19. So…

Two-thirds of the grant, $100,000, would be used for a new statue of former Secretary of State Vel Phillips.

Photos: A look back at Madison's 'Forward' statue through the years before protesters tore it down