Enjoy unlimited articles at one of our lowest prices ever. You can cancel at any time!
Already a subscriber?
Log in or Activate your account.
Loading&hellp
No thanks, return to homepage.
You are the owner of this collection.
Edit Collection
You have permission to edit this collection.
Edit

Protesters tore down statues and beat up a state senator and started a small fire in Downtown Madison on June 23. Here's a look at the aftermath. 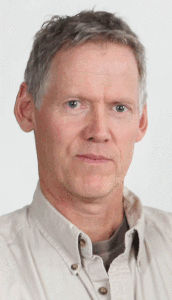 Steve Apps is a photographer for the Wisconsin State Journal.

Cause of Wisconsin Rapids paper mill fire under investigation

A paper mill that was once Wisconsin Rapid's largest employer has been damaged by fire.

The damage totaled nearly $800,000 in a shed and garage fire Tuesday afternoon in the town of Christiana, the Dane County Sheriff’s Office reported.

A data dashboard slated to publicly launch this fall will analyze how well UWPD's policing practices serve the campus community and its students of color.

Authorities are investigating after extinguishing a fire early Thursday morning in a pile of discarded trash near a Southwest Side roadside.

A Madison woman reported being doused in lighter fluid and set on fire while at a stop light early Wednesday morning.

The victim described the men as white and in their early 20s, with two in "floral shirts" and blue jeans, and two in all black and wearing masks.

Ald. Paul Skidmore is accused of a calling a constituent a derogatory name during an online meeting is warning that any action the council takes against him could be subject to court challenge.