A Madison man accused of wielding a bat and shaking down two bars in Downtown Madison in June told a judge Wednesday that he’s back on his medication and successfully dealing with his feelings of anxiety and “implicit bias” against white people and others who are different from him.

Meanwhile, a different Dane County judge dismissed a case against a man accused of helping to pull down a Capitol Square statue during a protest of the bat-wielding man’s arrest. But the judge found probable cause that he’d participated in the looting of a Downtown jewelry store in May following the first day of protests in Madison against the death of George Floyd in Minneapolis police custody.

Devonere Johnson, 28, who also goes by the name Yeshua Musa, said during a court hearing that since the June 23 arrest outside The Coopers Tavern he’s been working on his emotional health and hopes to return to work in construction.

He said that in the 92 days he’s been in jail he’s practiced meditation, has been “acknowledging my emotions” and is taking medication again for post-traumatic stress related to an incident several years ago.

Johnson was in court for sentencing after his probation on a 2017 felony conviction for theft was revoked. He now faces charges of extortion and threatening to injure or accuse a person of a crime for allegedly demanding food and money from employees at Mackesey’s Irish Pub and The Coopers Tavern, respectively.

His June 23 arrest, which was caught on bystander video and shows him struggling with police and fleeing the back of a police car, was shared widely on social media and prompted a destructive protest that night in which a statue of Civil War abolitionist and Union soldier, Hans Christian Heg, and the women’s rights statue “Forward” were pulled down and damaged.

Dane County Circuit Judge Julie Genovese rejected a recommendation from the Dane County District Attorney’s Office for 2½ years in prison for Johnson and instead sentenced him to about the year of time he’s already served in jail in 2016-17. She also agreed with his attorney, Payal Khandhar, that while on probation for the 2017 conviction, Johnson had done a lot of things right, including maintaining employment, escaping homelessness, enrolling in a job-training program and caring for his child.

Khandhar said Johnson began to falter after he made a complaint against an employer about other workers using racial slurs on the job and was subsequently fired, and that he became involved in the Black Lives Matter protests Downtown on the advice of his health care provider, who thought participation in the “movement” would help him feel less fearful and less powerless.

“And clearly that was not the right decision for Devonere,” Khandhar said. “And he agrees with that. He emotionally was not in a state to be out there. It was a very tense environment. He was overwhelmed, and he lets his emotions take control if him.”

Johnson remains in custody on the state and federal charges related to the incidents at Mackesey’s and The Coopers Tavern.

Also Wednesday, a Dane County judge dismissed a felony criminal damage to property charge against Kelsey Nelson, 30, of Madison, who police and prosecutors say helped tear down the Heg statue.

During a preliminary hearing, District Attorney Ismael Ozanne presented video stills of a gray Nissan Murano that had allegedly helped pull down the statue with a rope or a chain, and sought to connect the vehicle’s driver to that incident.

But Nelson’s attorney, Syovata Edari, pointed out that there were no clear shots of Nelson in the vehicle around the time the statue was removed, and Circuit Judge Chris Taylor agreed.

“The problem that I have with this case is you don’t place the defendant in the car at the scene,” she said. “The only thing that I have is one blurry photograph. It looks like a person of color, but I can’t tell that that’s the defendant.”

Taylor did find probable cause, however, that Nelson had been among the people to loot Goodman’s Jewelers on May 30. Images shared during a hearing in that case appear to show Nelson inside the store.

Nelson, who has past convictions for drug possession, carrying a concealed weapon and identity theft, faces a felony burglary charge in the case.

Editor's note: This story has been updated to correct one reference to the date of Johnson's 2017 conviction.

Madison police probing gunfire reports on Southeast Side, South Side on Wednesday

Madison police investigated gunfire reports on the South Side and Southeast Side on Wednesday.

Authorities have identified the two people who were killed in a head-on crash Sunday afternoon in the town of Milton in Rock County.

A Minnesota man died in a single-vehicle rollover crash off Interstate 39/90 near the Beltline interchange, the Wisconsin State Patrol reported.

Under an agreement with prosecutors, felonies against Devonere Johnson were dismissed. 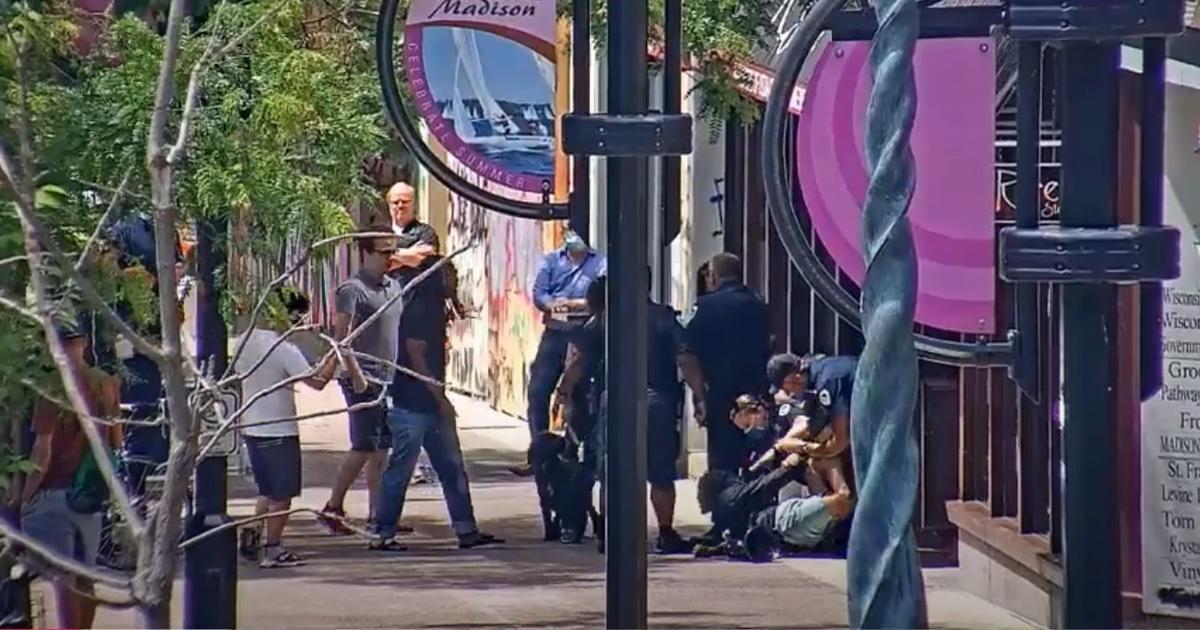 Devonere Johnson’s forceful arrest at The Coopers Tavern on June 23 sparked violent protests that night that toppled a pair of statues on the Capitol grounds. 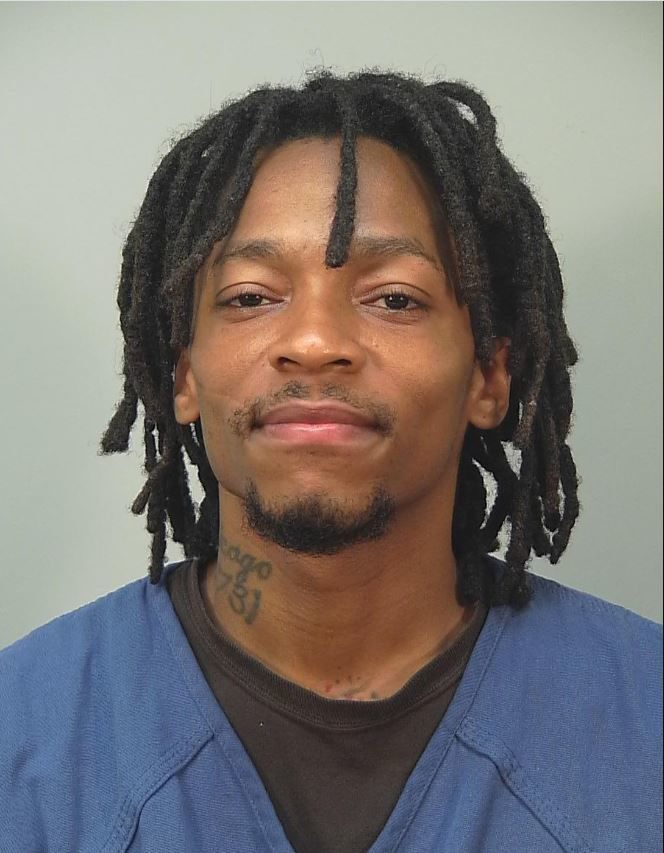 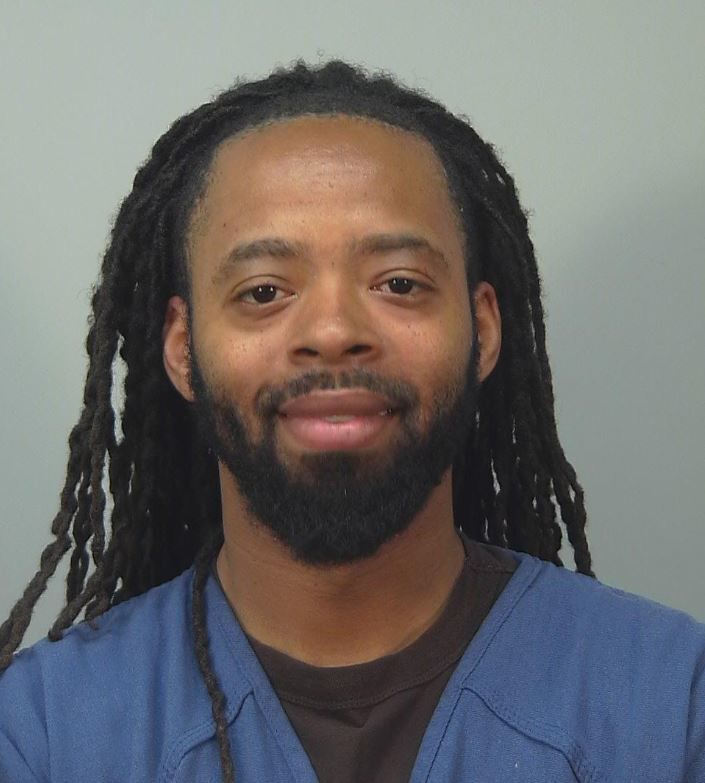