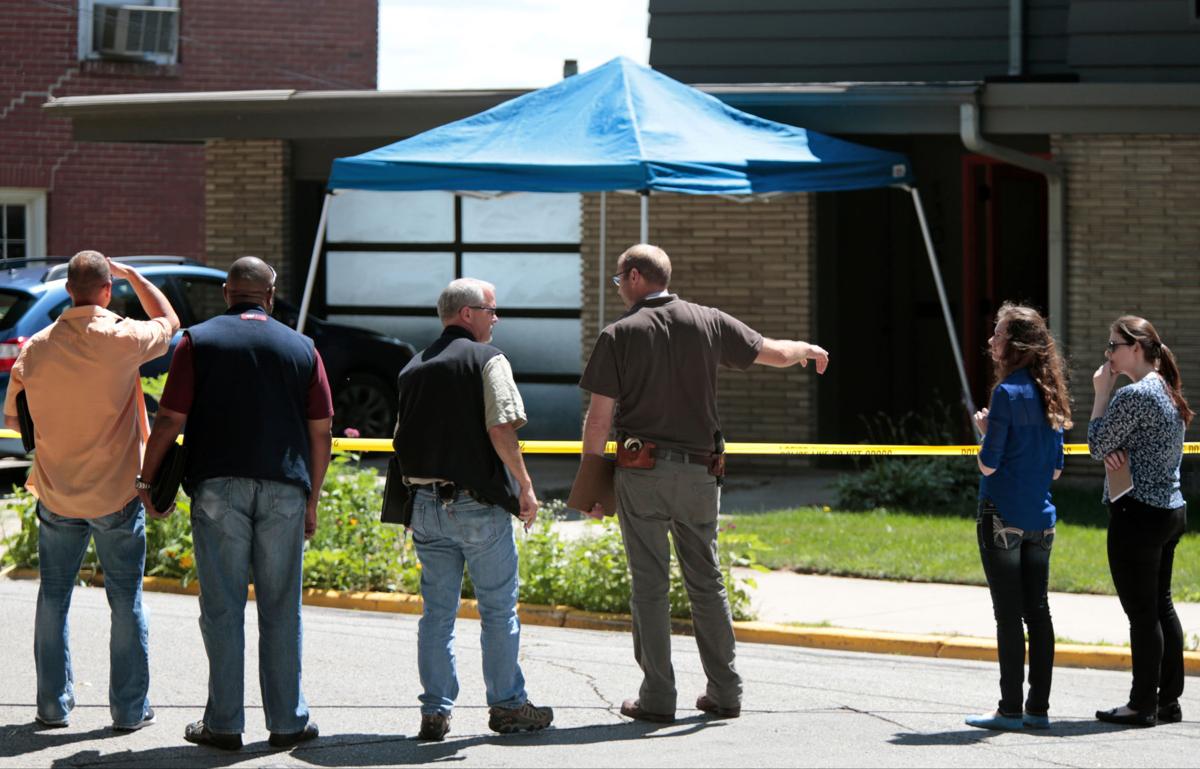 Authorities investigate the fatal police shooting that occurred Thursday night in the 1300 block of Morrison Street on the city's Near East Side. Dean Loumos, executive director of Housing Initiatives, said the man killed, Michael William Schumacher, 41, of Fitchburg, had long struggled with mental illness. 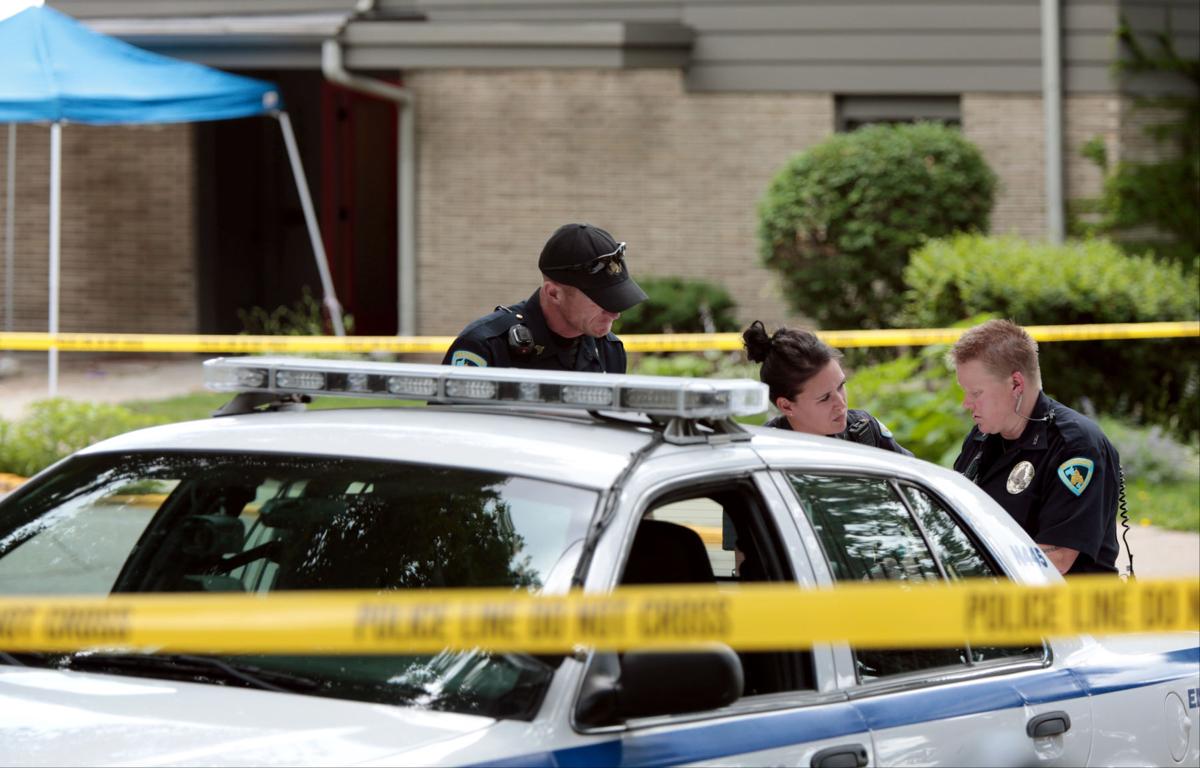 The Madison Police Department has had a mental health liaison/officer program since 2004 and in 2015 hired five full-time officers to act as liaisons in addition to about 20 volunteer officers. Those officers follow up with individuals in their jurisdiction who have been visited by police in the past for mental health reasons. They then record information regarding those people including the names of any available social workers/case workers and family to help a responding officer who may be unfamiliar with them in any future situations.

The man who was fatally shot by a Madison police officer Thursday night struggled with mental illness for much of his adult life, according to the head of the local program that provided him with housing and other support services.

Michael William Schumacher, 41, of Fitchburg, was identified Friday as the man police said broke into a Morrison Street residence and aggressively advanced toward officers while brandishing a pitchfork, ignoring commands to stop.

“Mike was not a dangerous person,” said Dean Loumos, executive director of Housing Initiatives and a Madison School Board member. “He was just someone who struggled with his illness.”

Police Chief Mike Koval said a neighbor called 911 around 9 p.m. to report that a man was chest-deep in Lake Monona and acting oddly, seemingly talking to himself and slapping the water. The man then reportedly threw a rock into a nearby home, went inside and began smashing things, causing the residents to flee.

“I cannot explain why he did something like this,” Loumos said. “He’s never done anything like that.”

According to online court records, Schumacher was cited in August 2012 for disorderly conduct, possession of a dangerous weapon, possession of marijuana and unauthorized use of a student center or union.

Loumos said Schumacher was an interesting guy who had been with Housing Initiatives — an independent living program that provides housing and support services to people suffering from mental illnesses — since 2008.

As with many people, Loumos said, Schumacher’s mental illness began to manifest in his early adulthood, shortly after he graduated from UW-Madison.

Schumacher “was quite bright,” Loumos said. “After graduating at the UW and being successful for a little while, this illness just took him and for 15 or 16 years he was just struggling.”

Many people in the Housing Initiatives program have post-secondary education and some have master’s degrees, said Loumos, who described mental illness as all-consuming.

“It will grab you and completely change you and destroy your life,” he said.

“When (Schumacher) was on his program he would be fine, but something must have happened,” Loumos said.

“These incidents are rare and they make the news because they’re tragic,” said Ronald Lampert, CEO and president of Journey Mental Health Center.

Sometimes those types of situations can be averted through community-based programs, Lampert said.

Capt. Kristen Roman, who oversees the liaison program, said it was chosen in 2010 by the Council of State Governments Justice Center in conjunction with the Bureau of Justice Assistance as one of six in the country to act as a resource for other agencies who want to enact a similar program.

While all Madison police officers are trained in mental health response and de-escalation, about 20 officers act as volunteer liaisons who follow up with individuals in their service areas who have been contacted by police.

In 2015, the department added five full-time mental health officers who “take the work the liaisons do part time and do more focused, concentrated follow-up,” Roman said.

Part of the role of the mental health officers is to create care guides for the individuals that they come into contact with so that any future encounters can be handled as smoothly as possible.

“The more information we have, the better the outcome will be moving forward,” Roman said. “Mental health officers put together plans to help a responding officer so that, if the situation allows as the officer is responding, they can then bring the information and contact case managers and family members that they wouldn’t otherwise have.”

At the beginning of 2016, the department gained one crisis worker who works three days a week through Journey, Roman said.

That worker is funded by Journey because “we think it’s the right thing to do,” Lampert said.

Lampert said Journey would like to expand the program with the police department, adding that such programs can help to prevent incidents like Thursday’s fatal shooting.

“The police want it, we want it, and the community deserves it,” Lampert said.

Since the initial liaison program was created in 2004, Roman said she believes it has made positive impacts in the community because she hears good feedback every day.

But even with protocols and strategies in place to help de-escalate situations, people sometimes struggle internally and act out.

On Friday, Ald. Marsha Rummel and Dane County Sup. John Hendrick said Thursday’s fatal police shooting — along with the fatal police shootings of Paul Heenan in 2012 and Tony Robinson in 2015 — has eroded trust among some residents of the Near East Side, where all three shootings took place, in the department’s capacity to handle a crisis.

Rummel also said Madison should have a higher bar than the state standards permitting police to use deadly force when there is potential for death or great bodily harm to an officer or another person, particularly in cases involving people with mental illnesses.

Whenever situations like this happen, it’s tragic, Lampert said.

“It’s almost a personal battle that you lost one,” he said.

“We’re all looking back at this — we’re all going to wonder if we could’ve done something more,” Loumos said.

“We haven’t had many things like this. This is the first time anything like this has ever happened and I hope it’s the last with someone I’m working with,” he said.

“No one is going to be able to explain how this happened,” Loumos said. “There are many successful treatments you can maintain and have a good life. Unfortunately, this is an example of where that goes wrong.”

A man and a woman are dead following a crash between a car and a motorcycle Sunday in the town of Primrose.

Officer Hector Rivera has been placed on paid leave while the state Division of Criminal Investigation looks into the incident that killed Michael William Schumacher.

Perhaps in the midst of a rapidly evolving police call, officers should be required to tabulate the chances of life or death.

Near East Side residents look for answers to police shooting

At the Williamson-Marquette neighborhood center, around 40 people showed up to ask Madison Police Captain Carl Gloede about the shooting of Michael William Schumacher, 41, including why alternatives to lethal force weren't used and how officers deal with people who have mental illnesses.

Dozens show up to weigh in on petition supporting police, making demands

The petition, which received more than 1,700 signatures, calls for a number of actions from the Common Council, including reversing money to study the police department. People in support and opposition voiced their thoughts for hours at the Tuesday Common Council meeting.

Slideshow: The most-read stories of July

The Dane County Medical Examiner's Office named the man who was killed Thursday in an officer-involved shooting as Michael William Schumacher, 41, of Fitchburg.

A department news release early Friday morning stated that the officer “used deadly force tonight to stop a burglary suspect who was advancing on the officer while armed with a pitchfork. The suspect had ignored orders to drop the weapon after breaking into a home in the 1300 block of Morrison St.”

Authorities investigate the fatal police shooting that occurred Thursday night in the 1300 block of Morrison Street on the city's Near East Side. Dean Loumos, executive director of Housing Initiatives, said the man killed, Michael William Schumacher, 41, of Fitchburg, had long struggled with mental illness.

The Madison Police Department has had a mental health liaison/officer program since 2004 and in 2015 hired five full-time officers to act as liaisons in addition to about 20 volunteer officers. Those officers follow up with individuals in their jurisdiction who have been visited by police in the past for mental health reasons. They then record information regarding those people including the names of any available social workers/case workers and family to help a responding officer who may be unfamiliar with them in any future situations. 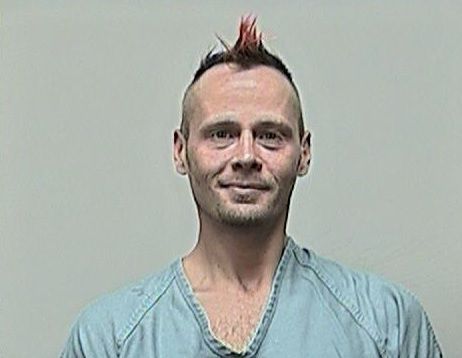