The Madison mayor’s office is pursuing changes to police practice and training — including the possible implementation of a “mental health ambulance” program — two months after the forceful videotaped arrest of a black, mentally ill 17-year-old sparked outrage among some residents.

In an email Friday to staffers and City Council leadership, Mayor Satya Rhodes-Conway criticized the department’s response before internal and external reviews of the incident have been completed. 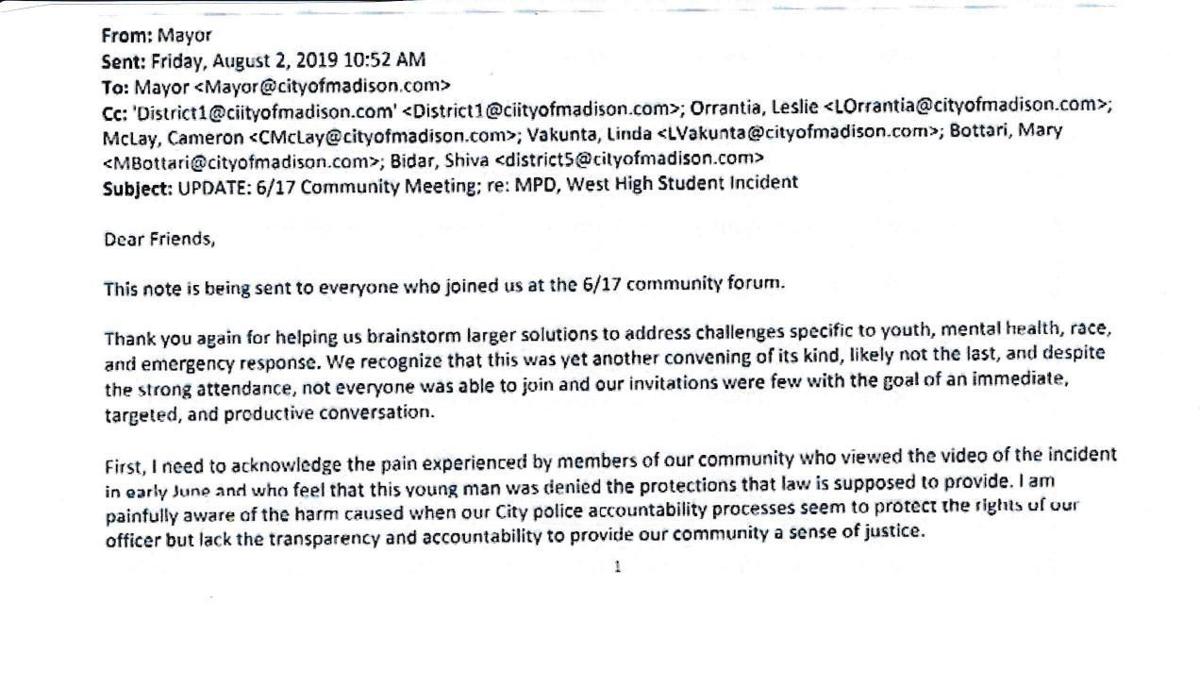 Video of the June 3 incident — taken from inside the foster home where the teen lived — shows Sgt. Joseph Engler delivering three blows to the teen’s head as three other officers try to restrain him.

Engler was put on “restricted duty” after the incident. Police spokesman Joel DeSpain said there is no timeline for the MPD’s Professional Standards and Internal Affairs office to finish its investigation which, when completed, will be sent to an outside agency for review. Police chief Mike Koval on Tuesday declined to name that agency.

The mayor’s chief of staff, Mary Bottari, pointed to the Eugene, Oregon-based crisis intervention agency CAHOOTS as one example of a mental health ambulance service. Under the program, anyone concerned about a person experiencing a mental health crisis in the Eugene-Springfield metro area can call the local non-emergency police and fire dispatch number 24 hours a day and a crisis worker and medic will respond.

‘We can do better’

Other “next steps” Rhodes-Conway’s office is pursuing are involving a “black mental health practitioner” in MPD training, partnering with “local education institutions to grow (the) black practitioner pool for future community engagement,” and appointing Jacqueline Boggess, executive director of the Madison-based Center for Family Policy and Practice, to the city’s Police and Fire Commission.

In an email, Koval said his department “has been and will continue to be receptive to undertaking systems improvements that promote transparency, accountability, and trust with the constituents we serve.”

Madison police union president Kelly Powers said the mayor’s proposals were largely news to him and that her willingness to condemn the June 3 police response before the investigation and review are completed “smells of a sense of lack of due process.”

The mayor’s criticism of the police response also concerned Alds. Zachary Henak, 10th District, and Paul Skidmore, 9th District, both of whom reviewed the Aug. 2 email, which the mayor posted in a slightly edited form to her blog Tuesday following the State Journal’s inquiries.

Asked why the mayor opted to criticize the police response now, Bottari said, “You are going to hear the phrase ‘we can do better’ a lot from this mayor with regard to the provision of many city services.” City Council president Shiva Bidar, 5th District, and vice president Barbara Harrington-McKinney, 1st District, were sent the Friday email but did not respond to a request for comment Tuesday.

Akiel Hunt, 21, was arrested on eight counts of delivering heroin after an investigation by the Dane County Narcotics Task Force.

The DA's office will not be pressing charges against a Lyft driver who is accused of locking the doors of his car and forcing a woman to perform a sex act on him before driving her home.

Our city leaders in Madison have an increasing anti-police attitude, evidenced by our mayor's recent premature condemnation of the police resp… 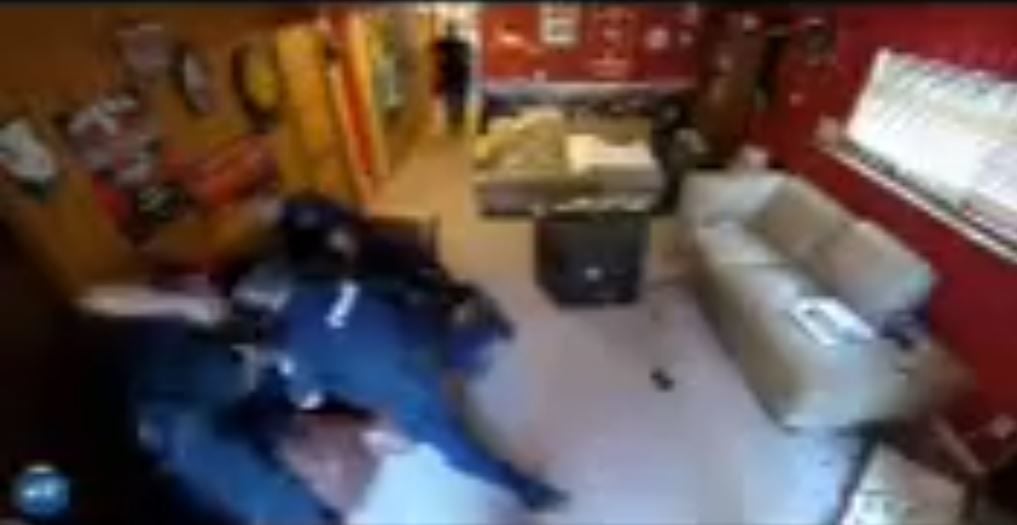 Footage from a home security camera shows Madison police restraining and punching a 17-year-old male with mental health issues whom they described as exhibiting "threatening behavior." The incident happened in early June. 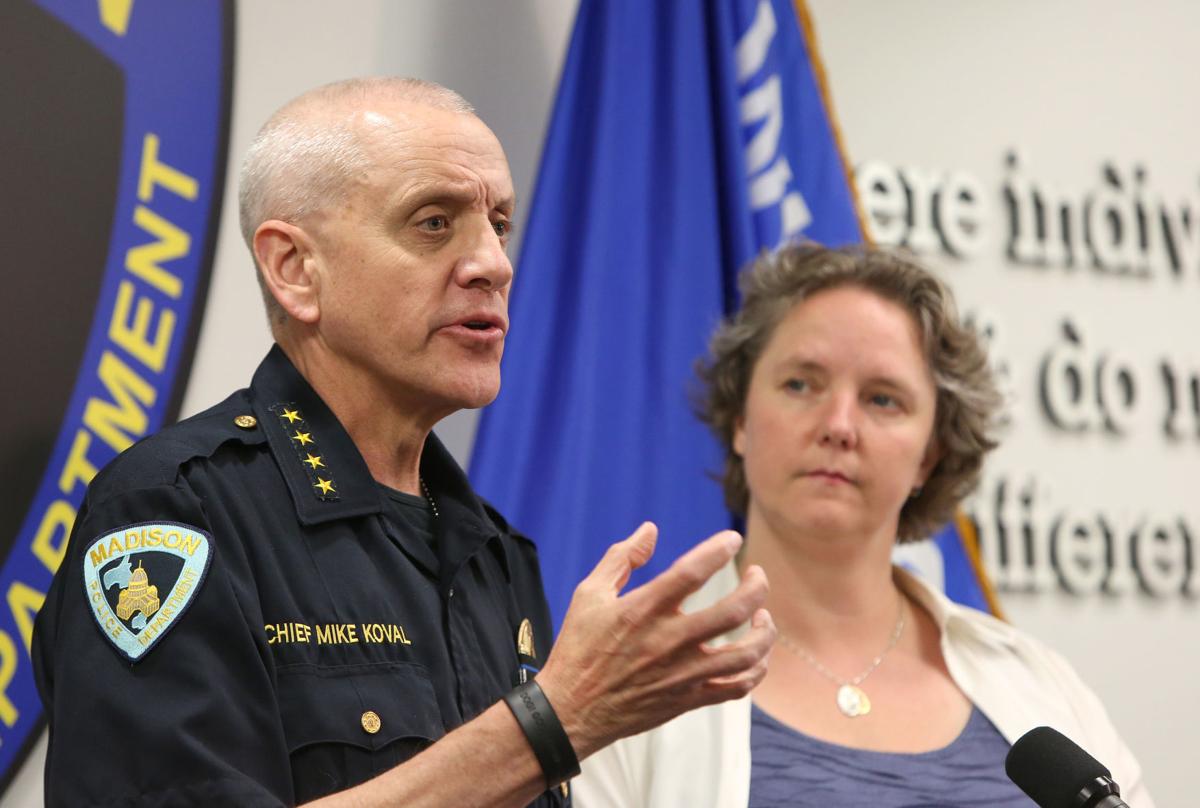 Madison Police Mike Koval and Mayor Satya Rhodes-Conway appear at a press conference July 1 following a shooting at the Shake the Lake celebration the previous weekend.