It was a humiliating experience with police in college that put Marcus Robbins on the path to becoming a police officer.

He was throwing a surprise party for a friend when police came to his door accusing him of being the source of a noise complaint.

The police were wrong, and when Robbins tried to explain as much, the officer “amped up,” started using “what we call ‘heavy control talk’ — basically when you’re yelling very aggressively at someone.”

The party’s honoree arrived to see Robbins pulled out into the hallway of his apartment building getting yelled at by two white police officers threatening him with a citation. The party was ruined.

Robbins acknowledges that, as police treatment of Black people goes, his experience could have been a lot worse, but it was still indicative of “the type of relationship that minorities tend to experience with police.”

A mentor suggested he lodge a formal complaint. Then, he said, “I went a thousand yards beyond that and became a police officer.”

He said he went into police work “with the goal of, what I’m going to do is what I can to increase the relationship between the minority communities and the police department. I think at what the root of what the Black Officers Coalition is, that is what it is.”

Along with officer Neal Crowder, Robbins is co-leader of that newly formed Madison Police Department group, which has as its two-pronged mission supporting the recruitment and retention of Black officers and improving the police department’s relationship with the Black community.

It’s been a long time in coming. Lt. Harrison Zanders, who will serve as a liaison between the group and MPD brass, said there’s been talk about it since he began on the force in 2008. The group is being modeled on similar internal staff groups — Amigos en Azul for Latino officers, and MPD Pride for the LGBTQ+ community — and began its first formal efforts about four months ago. Through a partnership with 100 Black Men of Madison, it’s been buying food for and delivering it to needy families.

Zanders and Crowder, who joined the department in 2018, emphasize that identity and the personal experience borne of it can be essential to getting and keeping more Black officers and building bridges with Black residents.

“Yeah, everybody is equal,” Zanders said. “Everybody wants to be the same. However, people are more comfortable maybe with people who look just like them and reflect them. So we’re giving that olive branch. We’re saying, ‘Hey, don’t be reluctant to reach out to us.’”

Growing up between the western Chicago suburbs of Oak Park and Forest Park, which has a significant Black population, Crowder said there was a culture of not calling the police.

He said he saw officers taking an overly aggressive approach with residents, making assumptions about them, harassing or questioning him and his friends without good reason.

At the same time, segregation was no longer the rule, and he had friends from school from all racial backgrounds, “and so to be treated in a way that felt disrespectful and felt as though I was ‘other’ in some cases seemed confusing as to what had I done, why was this the case,” he said.

As he got older, he realized he could use his experiences to help be the change he sought to see in law enforcement more generally.

Madison is unusual among larger Wisconsin police departments in that it already has a comparatively large number of Black officers — 47, according to the department’s 2019 annual report. That’s about 9.5% of the department’s officers in a city where about 7% of the population is Black.

Robbins said it’s not just about matching the city’s population breakdown with that of the department’s.

The other question is: “Does the police department reflect the population that is most policed?” In Madison, about 40% of adult arrests in 2019 were of Black people.

With protests following the death of George Floyd in Minneapolis police custody in May, the Black Officers Coalition was formed in a year that saw a nationwide reckoning over the way police treat communities of color. Protests locally have included calls to fire a white officer, Matt Kenny, who shot and killed an intoxicated and combative Black 19-year-old, Tony Robinson, in 2015.

At the same time, some of the most strident white police reform activists have panned the recent hire of the third Black police chief in the city’s history, and Black Lives Matter activists generally have struggled to explain how their movement applies to Black officers.

Zanders said that at this point, the BOC is not interested in delving into the politics of the moment. BOC leaders also declined to go into what it thinks the department could do to improve relations between police and racial minorities.

But Zanders did say the group wants to influence policies and procedures that disproportionately affect the Black community, such as racial disparities in issuing citations. He named as one example the city’s recent decision to decriminalize the use of small amounts of marijuana.

Robbins, Zanders and Crowder all said they remain happy with the decision they made to join the force.

Robbins said there have been some trying times, but they were times the department helped him through, and he said the support system for Black officers is strong.

“You will be welcomed,” he said.

The main observance will take place online from 6 to 7 p.m. on Jan. 18 after other online events hosted by the King Coalition amid the ongoing pandemic.

A catalytic converter thief was caught in action by a home security camera on the Near East Side on Tuesday, Madison police reported. 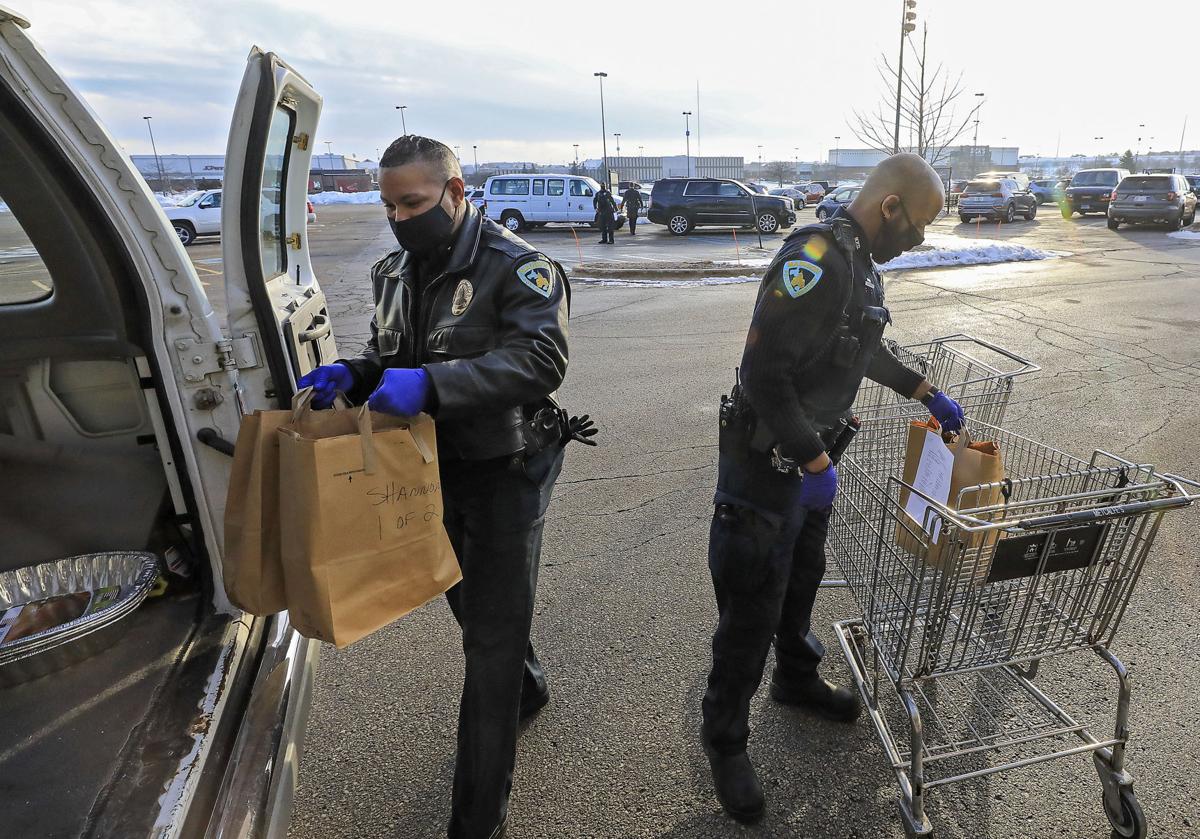 Members of the Madison Police Department's Black Officers Coalition, including Harrison Zanders, left, and Hamp Johnson, load meals for needy families outside Metcalfe's Market last month. In addition to seeking to improve police relations with the community, the newly formed coalition hopes to boost recruitment of Black officers and eventually have some influence on police policy. 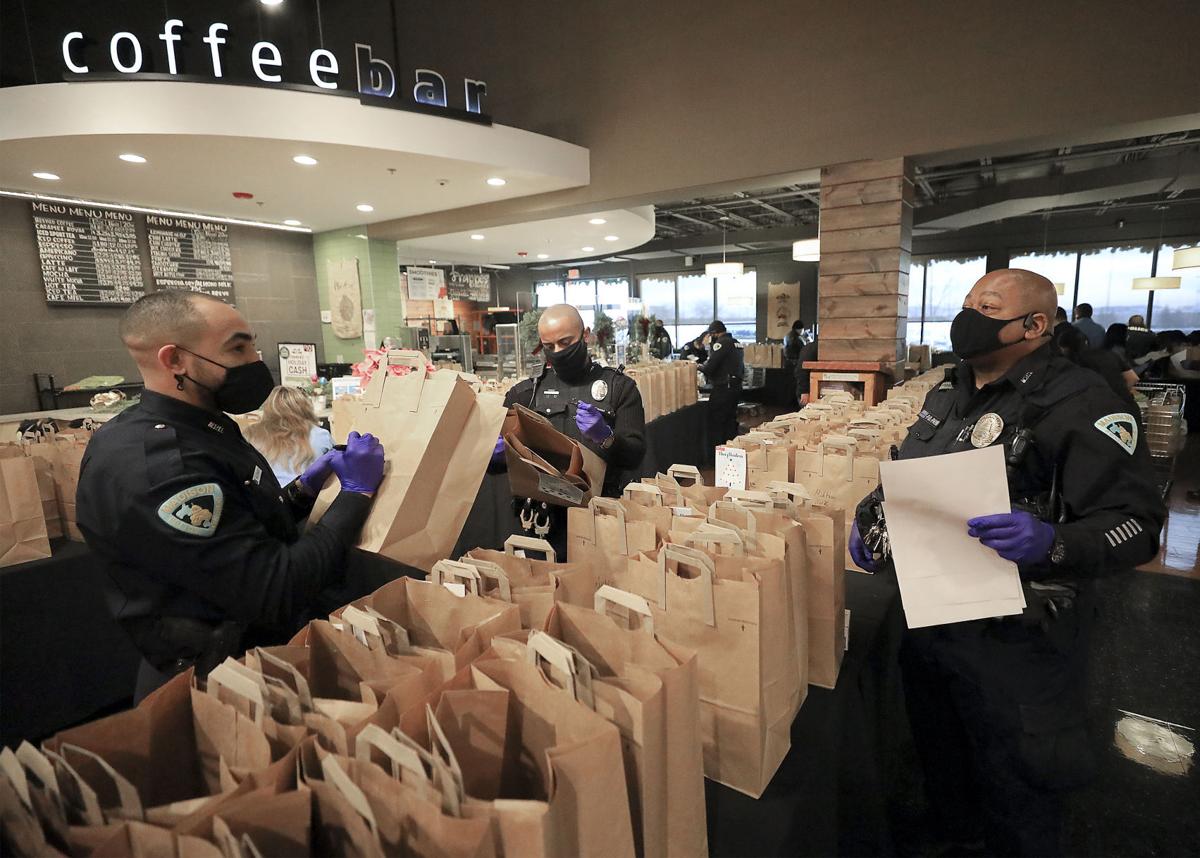 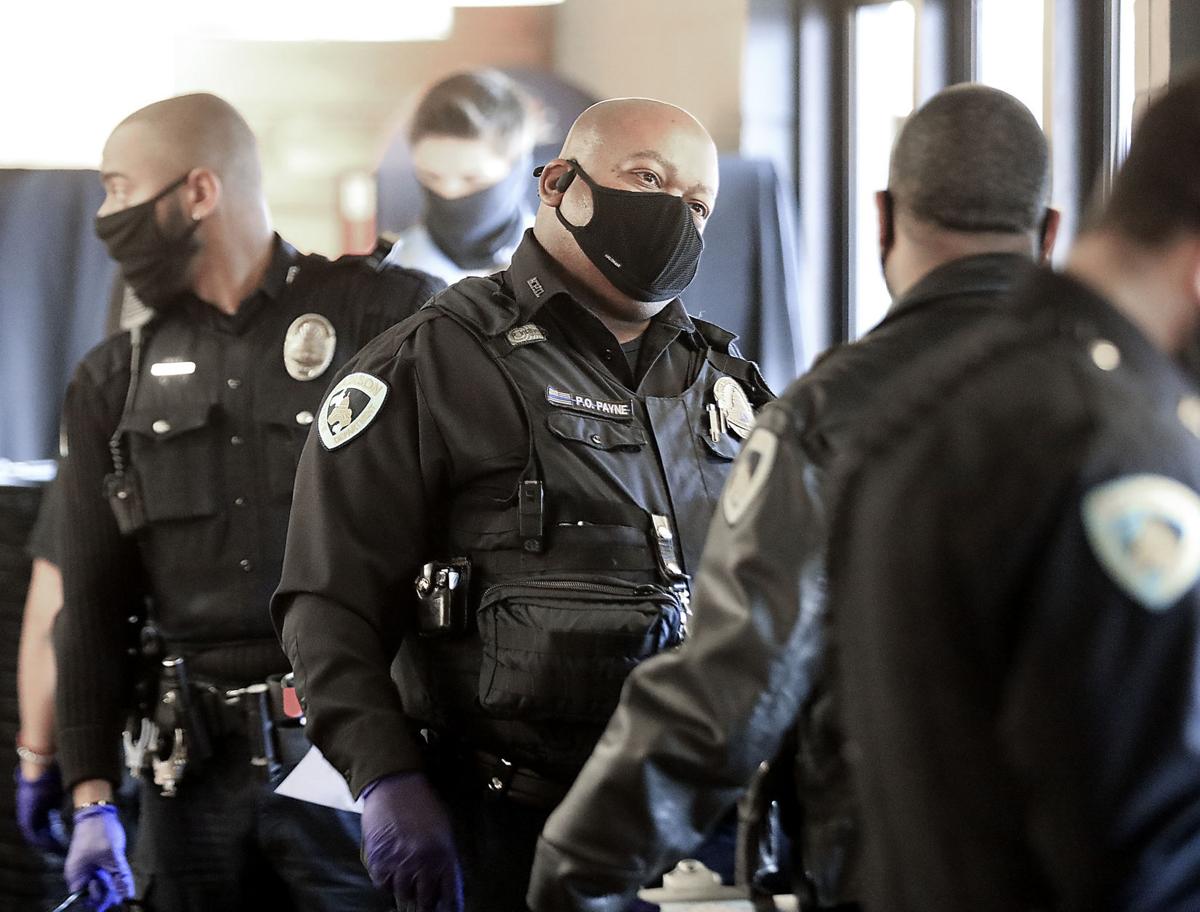