On March 21, 1997, Officers Andy Garcia and Tim Hahn were attempting to arrest a man wanted by La Crosse County when the man opened fire, striking Garcia twice in the chest and once in the right leg. The suspect, Timothy Wing, 38, a failed Libertarian Assembly candidate from Madison, who was wanted for not showing up to serve a nine-month jail sentence for indecent exposure, was shot and killed by Hahn.

The shots to Garcia’s chest were deflected by his bulletproof vest but caused a deep chest bruise.

Prior to that, the last shooting of a Madison police officer, according to news accounts, appears to have been in 1979. On Oct. 5 of that year, Officer Bruce Becker was wounded when a man he and another officer were trying to arrest fired a shotgun through his apartment door. Becker was treated for shotgun pellet wounds to his stomach and right wrist.

During subsequent negotiations, the shooter, Donald Macklin, 36, fired three more rounds at officers but didn’t hit anyone. He later surrendered after police fired tear gas into the apartment.

Before that, the last shooting of a Madison officer appears to have been in 1973.

Over the Christmas holidays that year, Madison police Officer Douglas Gavinski returned fire after being shot in the chest by a burglary suspect outside a day care center at the corner of Blount and Williamson streets. Gavinski recovered; the suspect, David E. Daniels, 23, died.

Seven suspects were fatally shot by Madison police between 2012 and 2016, including Tony Robinson, a Black 19-year-old whose death in 2015 continues to resonate among local police-reform activists.

In none of the shootings were police found to have violated the law or police policy, but a jury in 2017 did find the city violated the civil rights of one of the victims, Ashley DiPiazza, and awarded the family $7 million. The city’s insurer also settled, without the city admitting any guilt, with the families of Robinson and Paul Heenan, who was fatally shot by police in 2012, for a total of $5.65 million.

For years, police have warned residents to lock their vehicles and homes to discourage opportunistic young thieves. At times, that advice appears to be falling on deaf ears.

Unlocked doors led to a stolen vehicle and a stolen handgun overnight Thursday into Friday on the Near West Side, Madison police reported.

An unlocked SUV with a garage door opener inside of it was stolen from a Southwest Side home, along with several wallets, Madison police reported.

Town of Madison police officers found the stolen vehicle at a 7-Eleven on Park Street and arrested an 18-year-old male occupant, while a male juvenile ran from the vehicle and was not apprehended, police said.

Keys left in Madison cars make job easier for thieves, many of whom are teens

"Stolen cars -- when recovered -- often have been damaged and many smell of pot, so on several levels people have been victimized."

Man steals woman’s car at gunpoint when she arrives at her Southwest Side home, Madison police say

A man stole a woman’s car at gunpoint when she arrived at her Southwest Side home early Tuesday morning, Madison police reported.

Knife-wielding man arrested after jumping into road, lying in front of vehicle on East Side, Madison police say

A knife-wielding man was arrested after jumping into the road and laying in front of a vehicle on the East Side on Sunday night, Madison police reported.

Authorities have identified a Beloit man killed by a crash into a tree in Rock County on Saturday night.

A criminal complaint paints a confusing picture about how a Madison police officer was shot Saturday night. 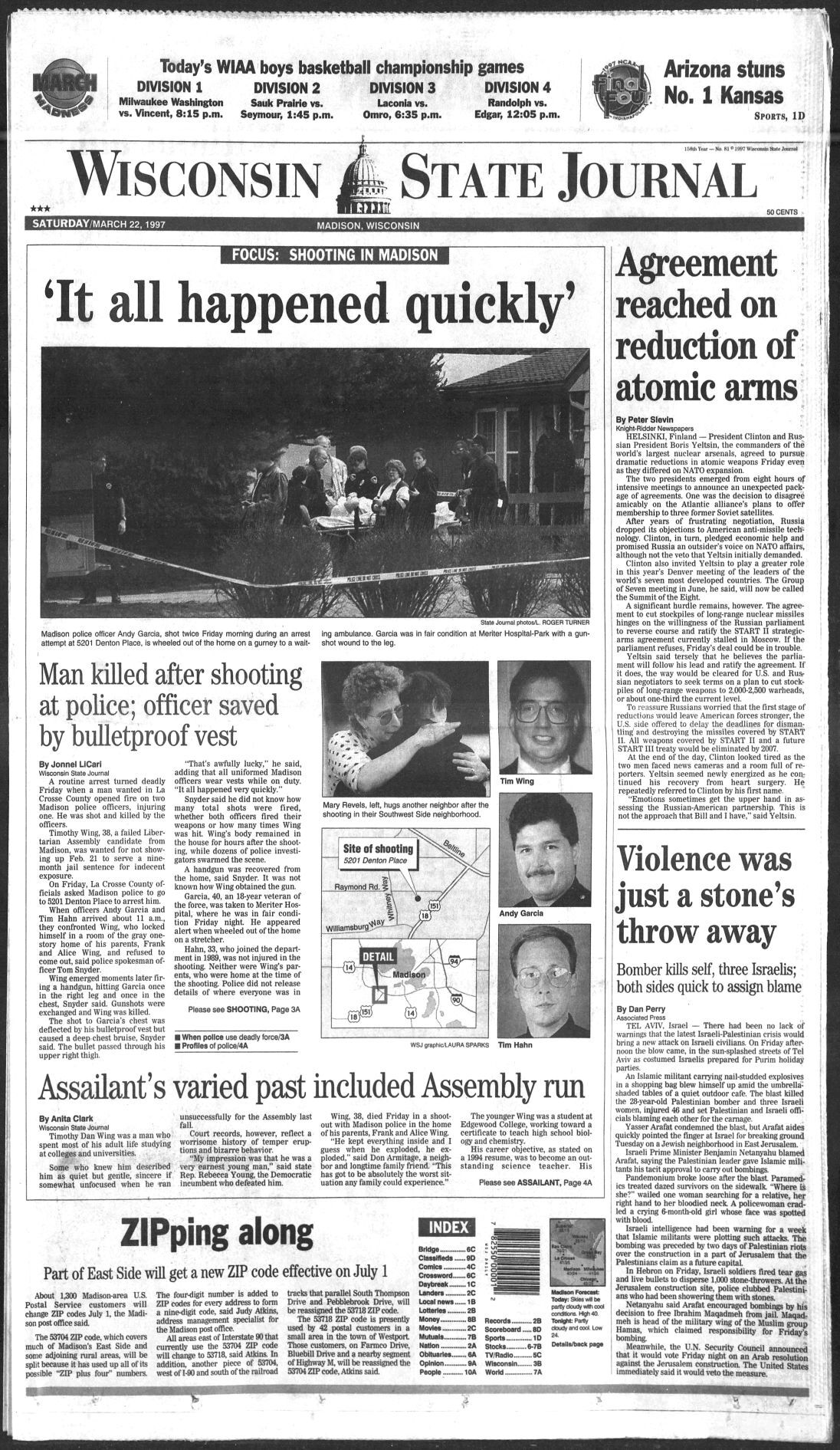 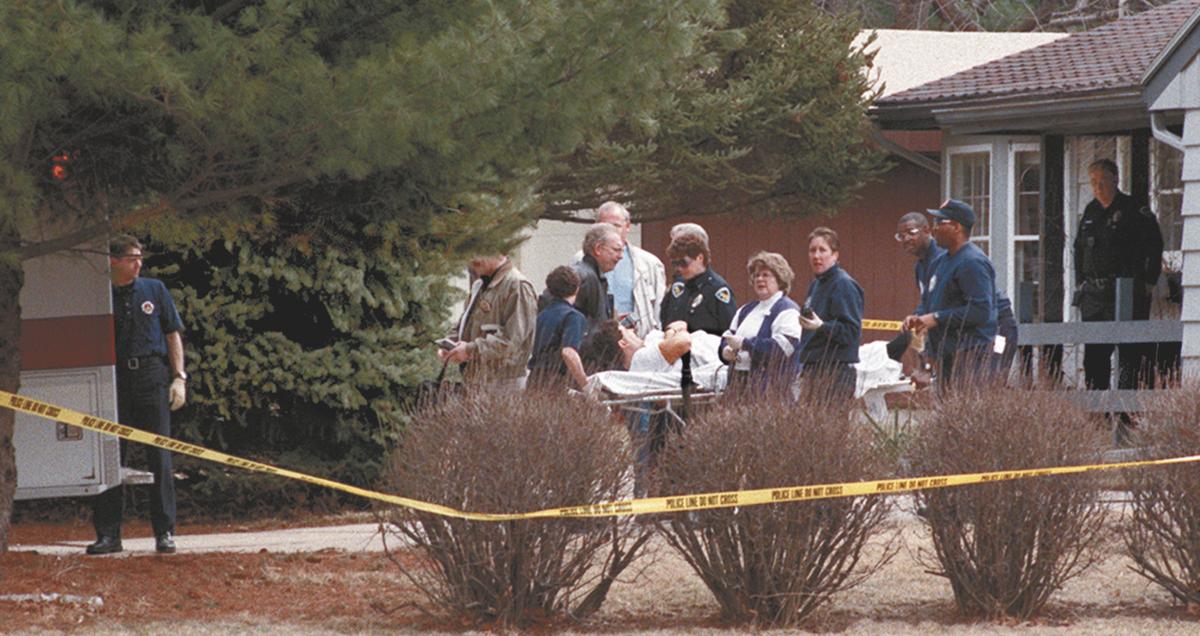 Madison police officer Andy Garcia is wheeled from a home at 5201 Denton Place to a waiting ambulance after being shot while attempting to arrest Timothy Wing on March 21, 1997. Garcia's partner, Tim Hahn, shot and killed Wing. 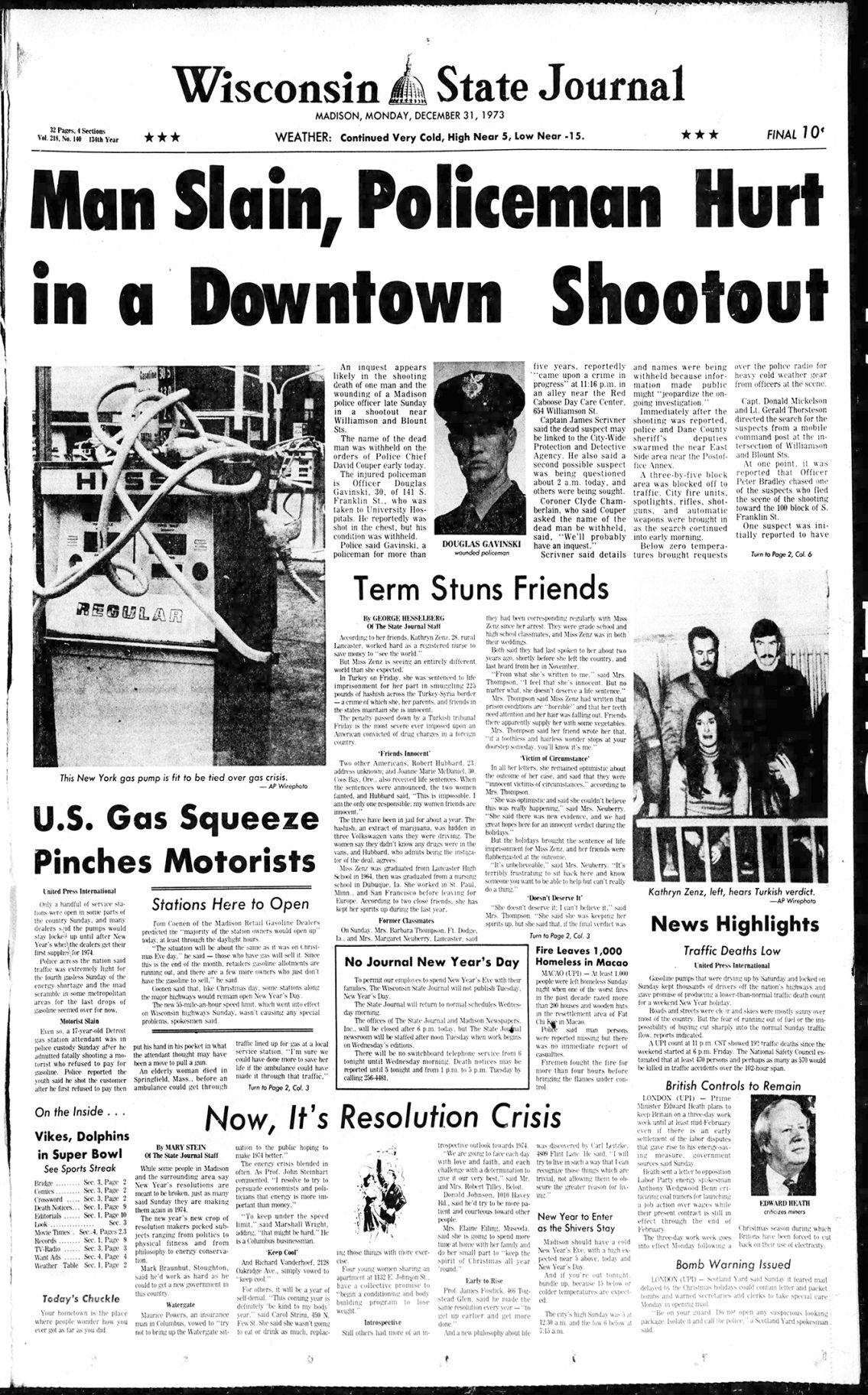 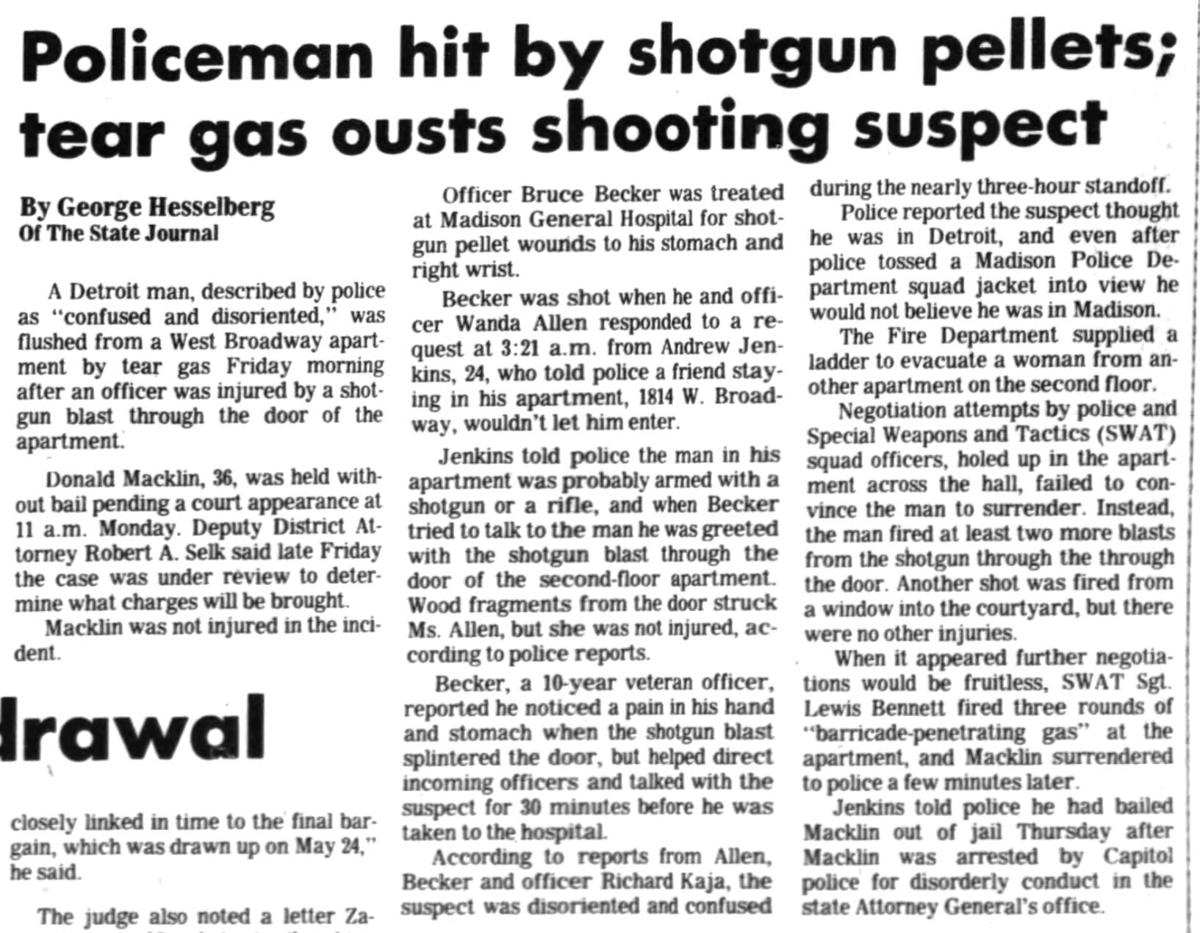