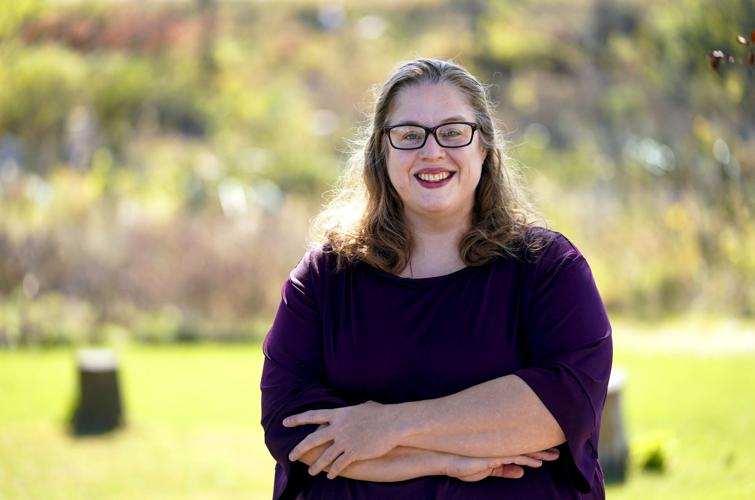 Karen Reece is the vice president for research and education at Nehemiah Community Development Corp. as well as a co-founder and president of Urban Community Arts Center. 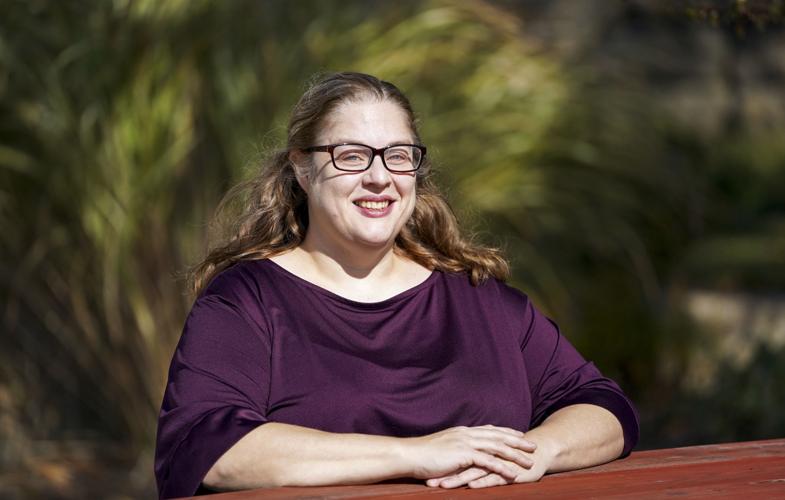 Using her research expertise, Karen Reece works to reduce disparities in the criminal justice system and to build an equitable scene for lovers of all music in Madison.

Reece earned a doctoral degree in physiology from UW School of Medicine and Public Health before going to work at Promega Corp. in Fitchburg. Her day job entailed researching genomic testing, but on her off-time, she was volunteering more and more to reform the criminal justice system.

Reece, a white woman, said she has long been aware of and disturbed by the racial inequities in America and in her hometown of Madison. She knew she could be a valuable resource to people fighting against racial disparities because of her skills and training in research.

After about six years with Promega, Reece left her job in 2014 to start a career in nonprofit research with Nehemiah Community Development Corp., where she is now vice president of research and education.

Reece also works in another capacity to reduce disparities. She founded Urban Community Arts Network (UCAN) in 2010 to address the dearth of music venues willing to book hip-hop and rap artists.

What is your background with criminal justice reform, and how did you get drawn into that?

I’ve had a number of loved ones over the years become involved with the criminal justice system, and I’ve watched them struggle to get back on their feet after they came back into the community. I could understand or empathize with what they were going through, but I also knew about a lot of connections that could potentially help them. That’s how I got involved in volunteering in that lane. I’ve volunteered with Madison Urban Ministry in their Circles of Support for several years, and then through Nehemiah. That’s where I kind of took my research skills and brought them into the nonprofit world.

Can you talk to me a little about your interest in the hip-hop community?

I’ve always been really interested in the local music scene, had friends that are local musicians, and I really enjoy going to local shows. In my teenage years I got interested in rap music and really followed along with the scene. In my adult years, looking to see where I could go to hear rap music, and there’s almost nowhere to go in Madison to listen to that. I really wanted to just help my musician friends and look at how we can create a better opportunity so there’s places to go to listen to that music and artists have places to perform.

What do you feel from listening to rap and hip-hop and being part of that community?

Pick your favorite type of art or music genre — I get all the same benefits. I love the rhythm, the lyrics. Rap music has some of the most diverse lyrics, the biggest vocabulary of any music genre. So listening to it, it moves me. It’s complex and involves different aspects of music, from classical music to country music, samples and influences that are pulled into the song structure. It’s a really versatile music genre and really innovative.

White people in Madison talk a lot about finding it difficult to find places where they can interact with more diverse audiences and being involved in this music scene gives me that opportunity to form relationships with people who don’t look like me or whose backgrounds are different from mine, which just makes for a better life.

What is it like being a white woman leading an organization for equity in music?

The UCAN team has been very diverse from the beginning. I happen to have the personality for organizing research and administrative skills, so I was able to bring that to a group of mostly artists — who are obviously more creative and should be able to focus on that aspect of their work. I think making sure I’m not the only voice there is critical, making sure that our board is mostly people of color, multiracial or Black, and making sure they’re driving the conversation. The other piece that is interesting is being able to recognize where I have privilege because there are some areas where people are going to listen to me and they’re not going to listen to them. So I have an ability to open doors in that area or to say things in a way that people will hear, where they might ignore other people on my board.

How have things been different in 2020 for both UCAN and Nehemiah?

Well, for UCAN, we’re losing about $12,000 in revenue and our operating budget is about $20,000, so that’s a big hit. But we’re used to operating on a small budget and we’re turning our performance events into online opportunities. We jumped on that very early to make sure that we could be offering opportunities for the community.

For Nehemiah, it’s created greater awareness for people about the need to really act. I mean, there’s George Floyd and Jacob Blake, but there’s also COVID, and the majority of children dying from COVID are children of color. There are disproportionate impacts there. So people are being forced to look at the effects of disparities in a situation like this, and for Nehemiah, that’s caused a lot of people to look to our organization.

“Rap music has some of the most diverse lyrics, the biggest vocabulary of any music genre. So listening to it, it moves me.”

"Rap music has some of the most diverse lyrics, the biggest vocabulary of any music genre. So listening to it, it moves me."

The challenge is plain to see in Madison, where about three dozen tents have been pitched in a park just 10 blocks from the Capitol.

The proposed task force comes after years of efforts by the hip-hop community to find equity in city policies and policing.

Hip hop gets a positive spin at these outdoor shows

There are not many clubs in Madison featuring hip hop these days — but there are still countless fans. So hip hop lovers are taking their musi…

For 30 years, "Ms. Milele" was the publisher of UMOJA magazine and a prominent leader in Madison's black community. She was "short in stature but mighty in force."

The Focused Interruption Coalition says the proposed reduction — from $409,500 in 2019 to $200,000 next year — will hurt efforts to intervene in simmering disputes and prevent violence.

McNeill described whiteness as “normalized," meaning that “if you're not white, you’re not in the norm.”

The Nehemiah Community Development Corp. initiative aims to reduce health disparities by spreading its work to other parts of Madison.

Karen Reece is the vice president for research and education at Nehemiah Community Development Corp. as well as a co-founder and president of Urban Community Arts Center.