A Dane County jury has rejected a declaration of child abuse by a former University of Wisconsin pediatrician who left under a cloud of controversy in 2019, finding a Stoughton child care provider not guilty of harming a 4-month-old in her care in 2017.

After a five-day trial filled with complex medical testimony, the jury deliberated for just two hours Friday before acquitting Kathryn Campbell, 37, of reckless child abuse causing injury. Testifying in her own defense, Campbell, who had faced up to six years in prison, repeatedly denied harming the child, who is now 4 years old and in good health.

The trial centered around abusive head trauma, a controversial diagnosis that has polarized the medical community. These cases typically involve infants with no bumps or bruises on the head or fractures to the skull but who suffer a brain injury that some doctors attribute to impact or shaking.

The criminal case against Campbell was launched in 2017 after Dr. Barbara Knox — a key but unnamed figure in the trial — declared the bleeding around the baby’s brain was “obvious child abuse.” Knox formerly led UW’s Child Protection Program in partnership with American Family Children’s Hospital in Madison. She was placed on leave in 2019 for allegedly bullying colleagues. Alaska CARES, an Anchorage clinic that evaluates children statewide for abuse, hired her soon after.

In 2020, Wisconsin Watch revealed that Knox had wrongly accused a Mount Horeb couple in 2019 of injuring their 9-month-old son, citing bruises on the baby’s body. But some of the marks were surgical scars and others were bruises caused as the boy thrashed and screamed while hospital staff and the baby’s mother struggled to hold him down to insert a needle into his veins and poke a catheter into his groin.

Knox had been scheduled to be a “key witness” in the Campbell trial, but the prosecution removed her name from the witness list, and Judge Susan Crawford ordered both parties to refrain from mentioning her findings or the case note Knox submitted to the prosecution nine months after examining the infant.

Court records show the defense had sought to make an issue of Knox’s disciplinary history at UW by requesting any records “related to Dr. Knox’s professionalism, integrity, honesty and clinical abilities.”

An expert testifying for Campbell attributed the bleeding in question to excess space between the baby’s brain and skull that allowed fluid to gather and exert pressure on the brain. A prosecution witness disputed that, and another expert called by the state maintained the findings were “highly concerning for abusive head trauma.” Experts on both sides called it impossible to precisely date the brain bleeding at issue.

Nationwide, at least 25 people convicted of abusive head trauma or its subcategory, shaken baby syndrome, have been exonerated since 1992 — five of them in 2021 alone, according to The National Registry of Exonerations. One of the most high-profile cases involved Audrey Edmunds, a Waunakee child care provider and mother of three who served 12 years in prison for a shaken baby conviction that the state Court of Appeals overturned in 2008.

The state charged Campbell after a baby in her home day care was found with a subdural hematoma, or collection of blood, on the brain.

Campbell testified that the baby woke up from a nap on Aug. 24, 2017 with a “cry-scream I had never heard before.” Campbell recounted carrying the baby to comfort her for 5 to 7 minutes, then as she placed the baby on the floor to unswaddle her, the baby’s head fell back and hit the floor. “I didn’t support her head like I should have,” she testified.

“Then I noticed that her breathing had changed,” Campbell said, describing the baby as “pale” and “lethargic.” She called 911, but first responders decided not to transport the infant to the hospital. Later that day, the baby’s parents brought her in for evaluation, prompting the discovery of the bleeding around her brain.

Campbell repeatedly denied causing harm to the baby, who also had small bruises found earlier on her arm and palm. Campbell said the injuries could have been caused by her daughter, who was a “rambunctious” toddler at the time.

An expert hired by the state, child abuse pediatrician Dr. Nancy Harper of the Center for Safe and Healthy Children at the University of Minnesota Masonic Children’s Hospital in Minneapolis, testified the bruises found on the baby were “patterned” injuries that indicated squeezing by an adult-sized hand. Harper also noted a bruised cheek on another child at Campbell’s day care; Campbell said that injury may have been caused by her daughter hitting the child with a heavy plastic toy.

Citing the bruising and the brain injury, Harper testified, “It was my opinion that this was highly concerning for abusive head trauma.”

Defense expert Dr. Joseph Scheller, a pediatric neurologist from Baltimore, testified the injury found on the infant’s brain cannot be precisely dated, a point that Harper and another prosecution expert also acknowledged. Scheller also testified that the baby had a “benign” medical condition — extra room and fluid between her brain and skull — that like other benign conditions can “turn ugly.”

Scheller also testified that the baby had accelerated head growth consistent with the condition he described.

Testifying for the state, retired pediatric neuroradiologist Dr. Richard Patterson, of Minnesota, disputed that the child had the condition Scheller described. Patterson said he had seen children with that condition “essentially every day” in his practice and that he did not find it in imaging of the 4-month-old’s brain.

Handling the case for the state were Assistant District Attorney Carl Lazarus and Brian Holmgren, a former Davidson County, Tennessee prosecutor fired in 2015 and hired earlier this year by the Dane County District Attorney’s Office for $150,000 through 2026 to prosecute child abuse cases. Both declined comment on the jury verdict.

A visibly relieved Campbell said she was “very, very happy it’s over.”

Madison attorneys Paisley Hoffman and Nathan Otis represented Campbell. Otis called the jury’s decision “an acknowledgement of how flawed and unsure the science really is” around abusive head trauma. He called the acquittal a “rejection of the idea that anything that somebody says is abusive head trauma actually is, because unfortunately, that’s what you see happen too often, and I’m glad the jury wasn’t so easily swayed.”

Burger King robbery that left girl dead was staged and she was in on it, Milwaukee authorities say

A Burger King robbery that left a Milwaukee girl dead was staged, and she was in on it, investigators allege in court documents filed Friday.

No one was injured Saturday morning when a resident confronted a man trying to retrieve car keys inside a Southwest Side home, Madison police said.

1 dead, 2 injured after crash on Southwest Side, Madison police say

The deadly crash occurred on the 6200 block of Schroeder Road Saturday evening.

Her attacker was a man she knew who was later found and arrested by police.

Judge Nia Trammell was an administrative law judge for 11 years before her appointment to the Dane County bench.

“I actually was kind of concerned if I was going to make it or not,” one inmate said. “Everyone was tired, coughing everywhere, coughing up phlegm. It was scary.”

Authorities are searching for a snowmobile driver who veered into a highly touted sled dog team in northern Wisconsin and injured two of the dogs, including one that ran the Iditarod last year.

A 47-year-old man was arrested Saturday afternoon for allegedly shooting and killing an 8-year-old girl in Milwaukee. 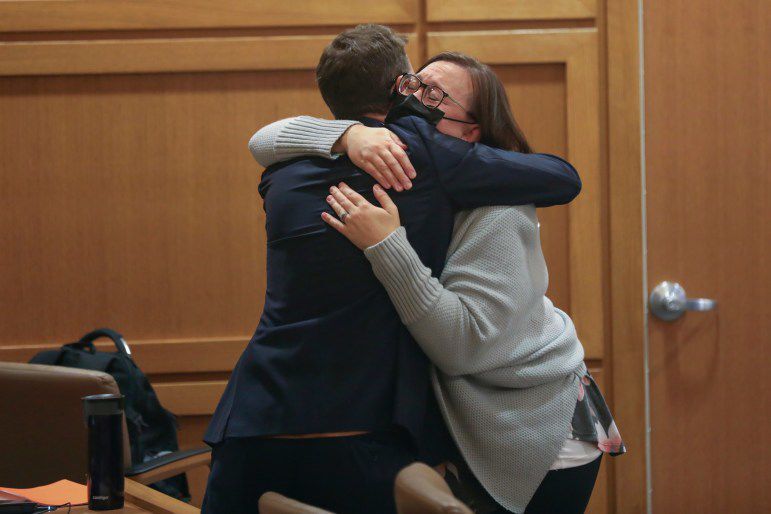 Kathryn Campbell, right, and defense attorney Nathan Otis react Friday after a Dane County jury found Campbell not guilty of abusing a 4-month-old in her care. 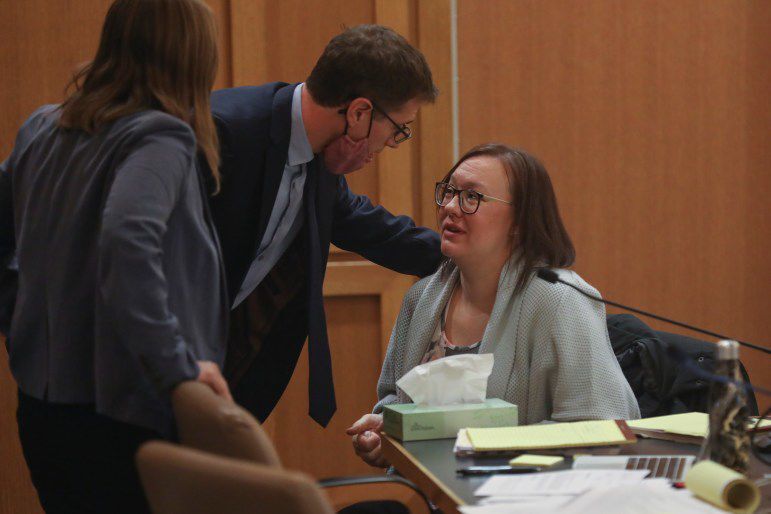 Kathryn Campbell, right, with defense attorneys Nathan Otis and Paisley Hoffman, after testifying Friday in her own defense at the Dane County Courthouse during her trial for allegedly abusing an infant in her care. A jury found Campbell not guilty. 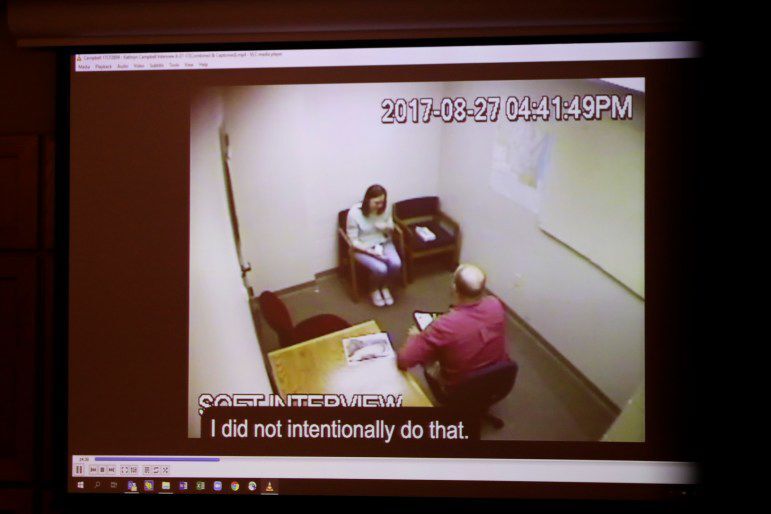 The prosecution plays a video of an interview between Brandon Hill, a detective with the Stoughton Police Department, and Kathryn Campbell during Campbell’s trial. 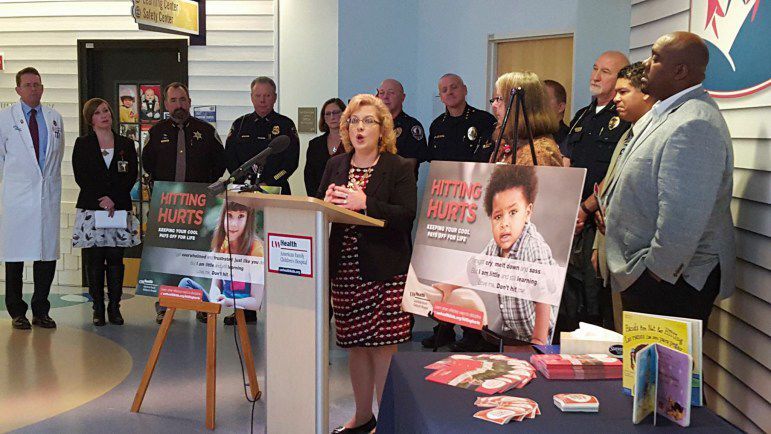 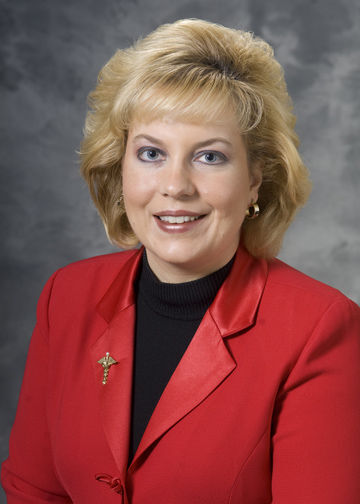 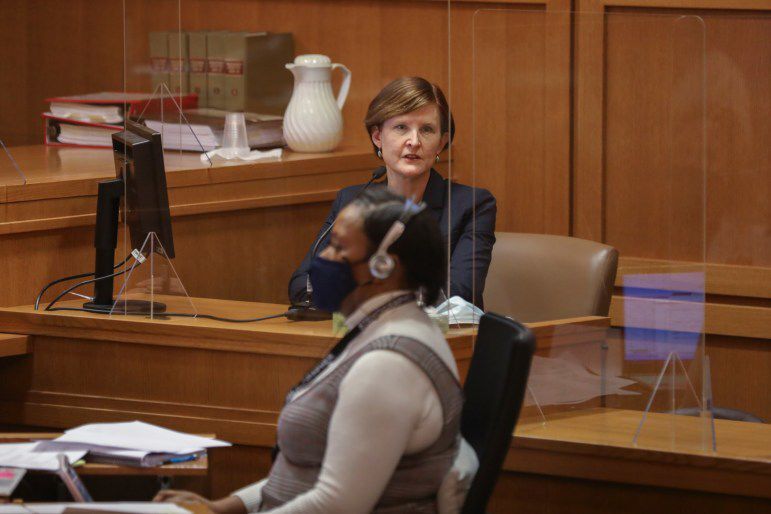 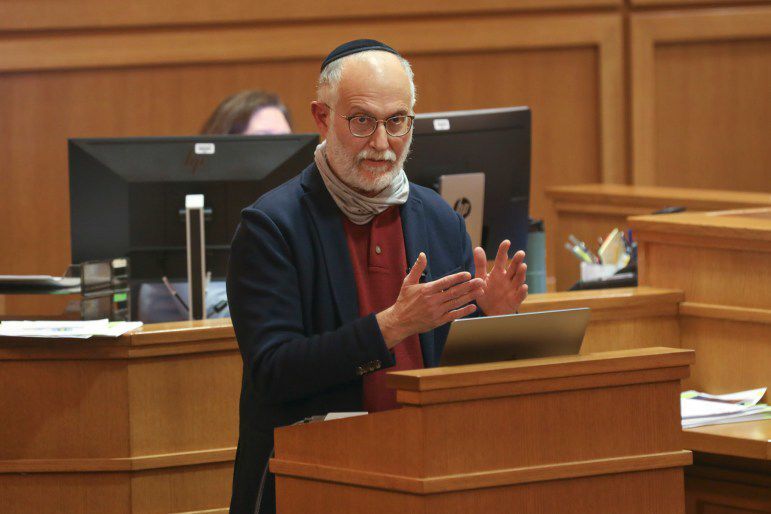