Girl’s photo after ‘creepy’ feeling a key in man’s arrest in Downtown assaults of women, police say
Share this
{{featured_button_text}}

Madison police pointed to public surveillance cameras and an 11-year-old girl who had a “creepy” feeling as key to their arrest Monday night of a 26-year-old man suspected in a series of assaults in the central city.

Luis Ruiz-Ugalde, who has no permanent address, was arrested Downtown by the Police Department’s Violent Crimes Unit, Chief Mike Koval announced at a Wednesday press conference.

Ruiz-Ugalde is tentatively charged with second-degree sexual assault of a child and lewd and lascivious behavior, and faces possible further charges of sexual assault, burglary and battery — all related to four incidents between Sept. 17 and Sunday.

Koval said the girl had been taught by her parents to take a photo of people who gave her a “creepy feel.”

The girl had the “presence of mind to have that vibe and have that feeling and to remember and hearken back to those parental instructions” and that “proved to be very instrumental to us,” he said.

Ruiz-Ugalde is also suspected in an incident later Sunday night near the state Capitol in which a man followed and then lunged at a woman before she screamed and he ran off, and in an apartment break-in Sept. 17 on Howard Place in the Langdon Street neighborhood in which a female resident awoke around 5:30 a.m. to find a man standing next to her bed.

Police also believe Ruiz-Ugalde is responsible for grabbing a woman from behind Friday night as she walked near B.B. Clarke Beach on Spaight Street on the city’s Near East Side.

Dane County Jail records show he’s also being held on an immigration detainer, which U.S. Immigration and Customs Enforcement places on those suspected of being in the country illegally as part of a deportation proceeding.

The girl was riding a bus from the West Side to the East Side about 6:30 p.m. Sunday when a man seated a few rows behind her moved to the seat behind hers, then attempted to grope her on the stomach and buttocks several times, police said.

Police: Burglar caught in act after Near East Side business owner sees crime on surveillance video

Multiple officers established a perimeter around the business and when they peered inside they could see a burglar with a crowbar attempting to open an ATM, Madison police said.

The 58-year-old bicyclist, who was in a bike lane at the time of the collision, bounced off the car's windshield, and the driver continued on without slowing down, police said.

The concert on the Statz Farm, 5875 Highway VV, will greatly increase traffic from about 2 p.m. Thursday through 1 a.m. Friday, the Dane County Sheriff’s Office said.

The driver, Branko Jovanovic, 29, of Lyons, Illinois, was arrested for hit-and-run causing death, and will make his initial court appearance on Friday, authorities said.

After a break for the area on Saturday, storm chances return Sunday and continue into the middle of next week, with more heavy rain possible, according to forecasters.

The storms spawned an EF-3 tornado that injured two people, damaged more than a dozen homes and other structures, and downed trees and power lines, leaving thousands without power. 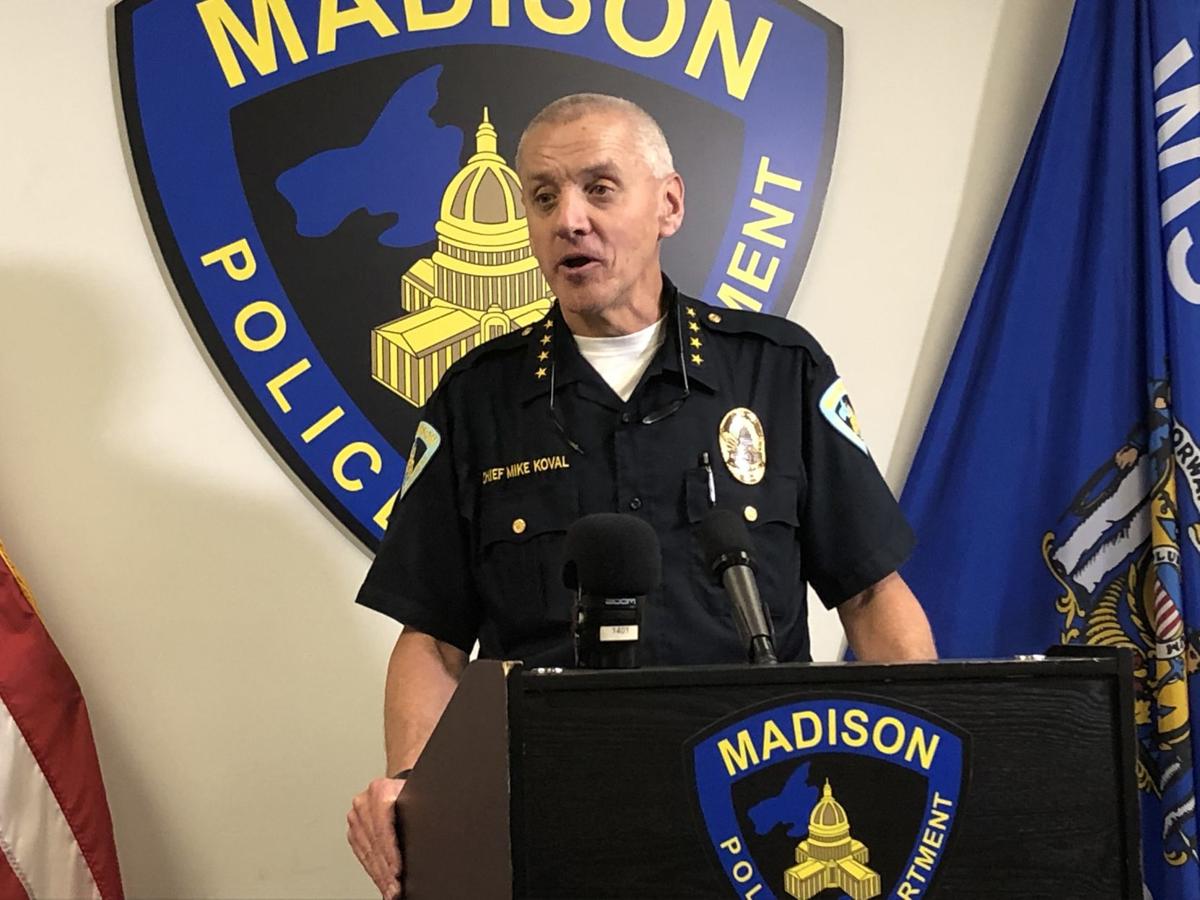 Madison Police Chief Mike Koval speaks at a Wednesday press conference to announce the arrest of a man suspected in a series of Downtown assaults. 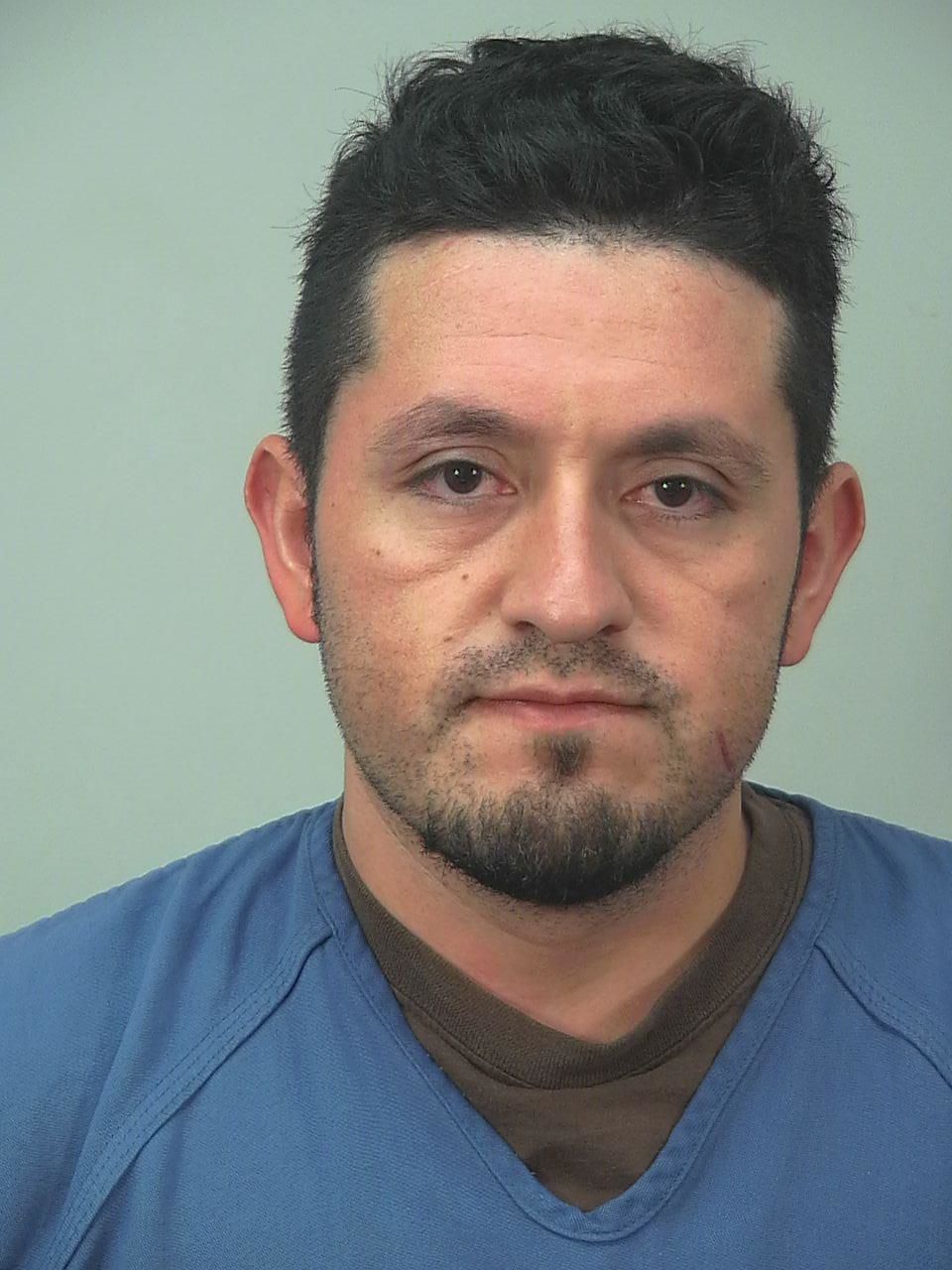