Fitchburg police are searching for a 23-year-old man suspected of firing several shots at a car that was speeding away in October.

Juwan J. Wilson is wanted on a tentative charge of first-degree recklessly endangering safety for the October shooting on the 2300 block of Post Road, Lt. Edward Hartwick said.

Officers responded to the scene shortly before 5 p.m. on Oct. 22 and found a number of shell casings.

Wilson is also wanted for violating the terms of his extended supervision through the state Department of Corrections for a prior case of first-degree recklessly endangering safety, Hartwick said. The U.S. Marshals' Great Lakes Regional Fugitive Task Force is assisting in searching for Wilson.

Anyone with information on Wilson is asked to contact Fitchburg police at 608-270-4300 or Madison Area Crime Stoppers at 608-266-6014. Information can also be submitted online at p3tips.com.

During one of the searches, Fitchburg police arrested another man and a woman on several outstanding warrants unrelated to the October shooting, Hartwick said. A third man also not involved in the shooting was found in a common area of one of the apartment buildings and taken into custody on outstanding warrants.

A body was found Thursday during the investigation of a fire that destroyed a town of Blue Mounds house on Wednesday night, the Dane County Sheriff’s Office reported.

A report of a man threatening to kill a woman led to a vehicle and then foot pursuit that ended in the arrest of a felon who was out on bail, Janesville police reported.

A search warrant also led to the seizure of a stolen handgun with an extended magazine and ammunition, about 12.5 pounds of marijuana and over $7,000. 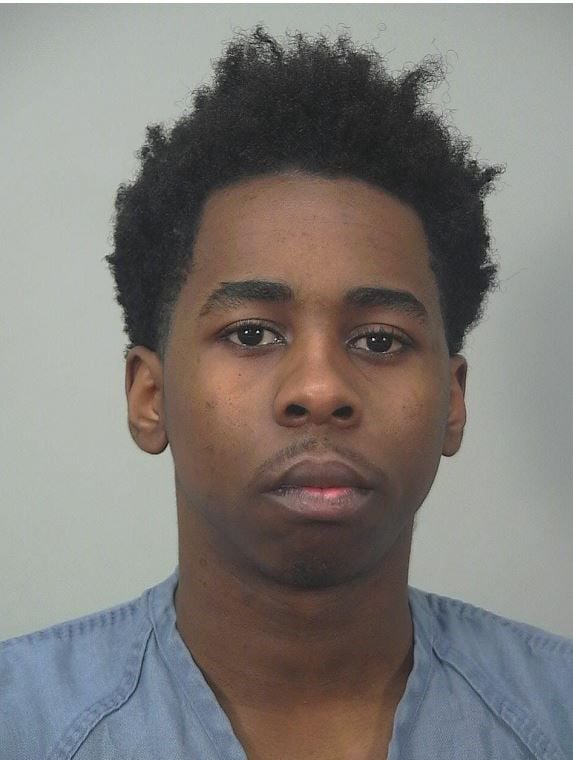