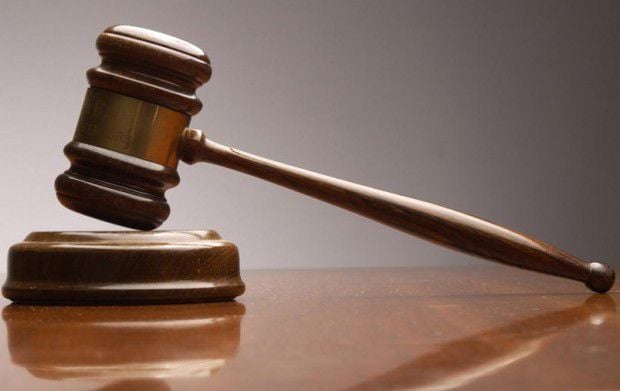 A panel of federal judges on Monday ruled that Wisconsin's 2011 legislative redistricting plan, created by Republican leaders virtually in secret, is an unconstitutional partisan gerrymander.

The map "was intended to burden the representational rights of Democratic voters … by impeding their ability to translate their votes into legislative seats," wrote federal appeals court Judge Kenneth Ripple, the senior judge on the three-judge panel, adding that "the discriminatory effect is not explained by the political geography of Wisconsin nor is it justified by a legitimate state interest.

The 116-page decision, with a 40-page dissent from U.S. District Judge William Griesbach, was issued several months after the panel heard testimony in federal court in Madison. U.S. District Judge Barbara Crabb, the third judge on the panel, joined Ripple in the court's 2-1 decision.

The panel did not say what should happen as a result of its ruling. Instead, the court ordered both sides to file briefs on an appropriate remedy within 30 days, with response briefs to follow 15 days later. Both sides also must tell the court if they believe additional testimony is required before the court decides what happens next.

Ruth Greenwood, one of the lawyers for the Democratic voters who brought the case, declined to discuss what remedy the group intends to seek from the court.

The ruling comes nearly six months after the judges heard arguments in the case, brought by a group of state Democratic voters who have called the 2011 redistricting plan "one of the worst partisan gerrymanders in modern American history."

The Democrats contend they have found a way to measure unconstitutional partisan gerrymanders designed to give a "large and durable" advantage in elections to one party — a measure the U.S. Supreme Court said was lacking in previous redistricting cases. The measure, called the efficiency gap, shows how cracking (breaking up blocs of Democratic voters) and packing (concentrating Democrats within certain districts) results in wasted votes — excess votes for the winners in safe districts and perpetually inadequate votes for the losers.

Lawyers for the Democrats said the 2011 plan, which changed boundaries for all of the state's Congressional and state Senate and Assembly districts, was drawn specifically to disenfranchise Democratic voters.

Republicans have countered that as the majority party, they can draw the maps any way they choose, short of creating districts that disenfranchise racial minorities.

"Today is a historic day and I am thrilled with the result not only for our plaintiffs but for all Wisconsin voters," said Peter Earle, one of the lawyers representing the Democrats. "This decision will finally give voters in Wisconsin the power they deserve to shape their democracy. Now a fairer system will be created here in Wisconsin so all voters, not just a select few, will be able to have their voices heard."

Gerry Hebert, director of the Campaign Legal Center, which represented the Democrats in court, called the decision "truly a monumental victory for the plaintiffs in this case, but more importantly this is an historic moment for our nation and the betterment of democracy."

Hebert added that the fact that the court accepts the Democrats' method of determining the efficiency gap means "there will be, for the first time, a standard to identify this harmful practice."

State Attorney General Brad Schimel said he was evaluating the decision but planned to appeal. He added that the decision does not affect the results of any election, including the Nov. 8 election, and that legislative district boundaries remain unchanged until the court decides what the remedy will be.

When the lawsuit was filed, the Democrats asked that a three-judge panel made up of district and appeals judges hear the case so that it could be appealed directly to the U.S. Supreme Court, with the original intent that it be heard before the 2016 elections. The Supreme Court now stands at a 4-4 deadlock between its conservative and liberal wings and will likely remain so until the Senate confirms President-elect Donald Trump's replacement for the late Justice Antonin Scalia.

President Barack Obama nominated Merrick Garland to fill the vacancy in March, but he is unlikely to receive a confirmation vote in the Senate before Trump's Jan. 20 inauguration.

In its ruling, the two-judge majority rejected the state's contention that partisan scores determined by GOP map-makers were created simply to gain a historical understanding of voter behavior. The maps were created in a tightly controlled room at the Madison law office of Michael Best & Friedrich, and Democrats were not allowed to take part in the process.

"Their measure was only useful to them," Ripple wrote, "and the exercise of calculating the composite was only worth the effort, if it helped them assess how Republican representatives in the newly created districts likely would fare in future elections."

Several alternative maps were created, Ripple wrote, and comparisons were made of old and new districts, with little regard to factors that had traditionally been used to create district boundaries. While the final map complied with traditional principles, he wrote, "it nevertheless had as one of its objectives entrenching the Republicans' control of the Assembly."

The new map secured a majority for Republicans by allocating votes in such a way that in any likely election scenario, the number of GOP seats wouldn't drop below 50 percent.

"It is clear the drafters got what they intended to get," Ripple wrote. "There is no question that Act 43 was designed to make it more difficult for Democrats, compared to Republicans, to translate their votes into seats."

"The evidence establishes, therefore, that even when Republicans are an electoral minority, their legislative power remains secure," Ripple wrote.

Republicans have a modest natural advantage geographically, because Democrats tend to be concentrated in Milwaukee and Madison, Ripple wrote, but that doesn't explain the partisan effect of the 2011 redistricting.

GOP drafters created and passed on several plans that would have been more modest, Ripple wrote, concluding that the burden on Democratic voters imposed by the 2011 redistricting plan is not justifiable.

In his dissent, Griesbach wrote that he could not accept proof of intent to act for political purposes as a part of any test to determine whether a redistricting plan was unconstitutional.

"If political motivation is improper," he wrote, "then the task of redistricting should be constitutionally assigned to some other body, a change in law we lack the authority to effect."

He said the Democrats' case was also "a poor vehicle for the remedying of any grave injustice" because it's likely that Republicans would have won control of the Legislature in 2012 and 2014 "even without the alleged gerrymandering."

Griesbach also said that the efficiency gap is inadequate as a measure of partisan gerrymandering, and that it fails to adequately account for the political geography in Wisconsin, in which Democrats are naturally packed into urban areas like Madison and Milwaukee. He also called the efficiency gap "highly volatile" and possibly triggering court interventions in redistricting when it isn't necessary.

One of his greatest joys is serving as governor and his focus for the next several years will be on the workforce.

Police are investigating a hate-filled letter targeting a multiracial family.

Wisconsin's Scott Walker, the incoming chairman of the Republican Governors Association, said Tuesday on MSNBC that Trump elevates "the possibilities in terms of what we can do to take power out of Washington and send it back to the states" and more importantly "back to the people."

The Wisconsin Elections Commission also reported a record 830,763 absentee ballots were cast in the fall election.

Two Minutes with Mitch Henck: Redistricting key is doing it in fair way

Adams County: A vote for Barack Obama, then Donald Trump; What happened?

OUR VIEW: Court victory should lead to nonpartisan process that treats all voters fairly, rather than protecting incumbents

Chris Rickert: Mac Davis steers Ethics Commission toward the Wisconsin that is

While Davis failed to banish "clean and open government," he was able to water down another bit of the commission's official record.

Chris Rickert: Scott Walker drags out old myth about bipartisanship and the media

Chris Rickert: For state GOP, no shame in making taxpayers pay its bills

State Republicans are helping to prove shame is passé.

Elections under the GOP's Assembly district map are, to use a Trumpian term, rigged.

Analysis: Gerrymandering benefited GOP in Wisconsin, other states in 2016

The AP scrutinized the outcomes of all 435 U.S. House races and about 4,700 state House and Assembly seats up for election last year using a new statistical method of calculating partisan advantage designed to detect potential political gerrymandering.

The highly anticipated decision sends the case back to a lower court for further review.

The Supreme Court in June refused to hear the case, saying the plaintiffs lacked a right to sue on a statewide basis.