After a coronavirus outbreak at the Dane County Jail last week, Sheriff Dave Mahoney said he believes COVID-19 is no longer spreading to uninfected inmates, but the outdated jail makes containing the highly contagious virus a challenge.

Mahoney said 49 inmates were tested Tuesday and all of them came back negative. Although those negative tests are “only as good as that moment in time,” Mahoney said he believes the outbreak of nearly 70 cases is now contained.

On Nov. 18, 16 people in the jail’s intake unit tested positive for COVID-19. The unit is the first stop for those who can’t make bail or are awaiting a hearing, and they remain there for two weeks, or about the time people exposed to the coronavirus are advised to quarantine, according to Sheriff’s Office spokeswoman Elise Schaffer.

The following day, 22 inmates in another housing unit tested positive and by the next day positive cases peaked at 69, Mahoney said.

Those 69 inmates have been separated from the rest of the prison, and are being monitored and treated by medical staff. Temperatures are checked twice a day. Mahoney said most have mild symptoms, such as a cough or severe headache, but “nothing that would put their life at risk.”

Still, some family members of those incarcerated are worried about their loved ones who have become infected.

Dazzle Bowsky, 42, of Madison, said she fears for her 23-year-old son, Alex Stubbs, who has COVID-19 and is in custody at the jail. Though he’s young, she worries her son could develop a serious case because he has asthma.

“That’s my only son,” Bowsky said. “He called me, and I could hear it in his voice that he was struggling to breathe.”

Mahoney said if anyone develops more serious symptoms, they’ll immediately be taken to a hospital.

Shallan Rhea, 38, of La Crosse, said her fiance is in the jail and has tested positive for COVID-19. She said he’s worried that if his symptoms worsen, he’ll be sent to solitary confinement.

The United Nations considers spending more than 15 days in solitary confinement a form of torture.

Mahoney said some infected prisoners are sent to solitary confinement because that’s one of the only areas in the prison where inmates can truly be isolated from one another.

The jail is spread across three facilities: the Public Safety Building, the City-County Building and the aging Ferris Huber Center, where minimum-security work-release prisoners stay.

The maximum-security cells in the City-County Building Jail, which opened in the 1950s, have steel bars between them that make it “virtually impossible” to stop airflow, Mahoney said.

The housing units in the Public Safety Building are in the style of a dormitory, with large open rooms and bunk beds with “no separation” between inmates, Mahoney said. He said if one person in a 40-unit housing area tests positive, it’s likely everyone in the unit could get infected.

Most of the inmates who tested positive are being housed in one of the larger dormitory-style rooms together, isolated from the rest of the prison. Mahoney said it’s up to medical staff to determine whether a COVID-19-infected inmate can be housed in a group or if they need to be moved to solitary.

Bowsky and Rhea said some inmates are downplaying their symptoms because they’re afraid medical staff would decide to send them to solitary.

“They’re basically treating them like they did something wrong because they caught COVID,” Rhea said. “That’s how they feel.”

But Mahoney said it’s important for inmates to be transparent about their symptoms so they can get proper care and prevent spread to the rest of the facility.

Mahoney said he’s frustrated to be working with an outdated and inhumane facility for inmates during the pandemic. A $148 million jail reconstruction project would consolidate the jail’s three locations into one site, end the use of solitary confinement and include medical housing necessary for housing people when they’re sick.

Delays have been caused by cost overruns and the discovery that additional floors couldn’t be added to the Public Safety Building.

“Had we planned ahead and had the replacement of the City-County Building in place when COVID hit, we would have had the medical housing necessary to house people who were positive and not potentially infect others,” Mahoney said. “But because we don’t, we have to use the housing that we have.”

The jail project, however, has faced sharp pushback from activists and residents who say the money would be better spent on community services and programs to divert people from the justice system.

In an effort to reduce the likelihood of outbreaks at the county jail, the Sheriff’s Office and other law enforcement partners have decreased arrests and jail bookings, and released some defendants facing minor charges to cut the jail population. On Thursday, 500 of 1,013 beds were filled across the jail’s three facilities.

Mahoney said inmates still in custody are those who the courts determined cannot be released.

But Bowsky said more inmates, especially those who have been infected with COVID-19, should be released. She said she wants to care for her son at home.

“Let them go home and quarantine themselves at home,” Bowsky said. “Put them on house arrest or something. But let them go.”

Charged with a shooting in 1994, man returns to court; victim says let him go

The total number of COVID-19 cases in the Wisconsin prison system surpassed 7,000 Tuesday, another bleak milestone for the state's battle against the pandemic.

The 808 new cases bring the total number of COVID-19 infections among inmates up to nearly 7,000 and the active case count to more than 2,000.

One Wisconsin prison had a nearly tenfold increase in COVID-19 cases from Wednesday to Thursday, with active cases skyrocketing from 31 to 305.

More than a month after the first prisoner died, the state Department of Corrections on Friday released the total number of COVID-19-related inmate deaths.

“If they didn't decarcerate, there would be a lot more people with COVID,” said John Eason, associate professor of sociology and founder and director of the University of Wisconsin-Madison Justice Lab.

Of inmates who have tested positive, three have been released, one has recovered and 25 remain isolated.

37 inmates in Dane County Jail have tested positive for COVID-19, none hospitalized

Highs will be in the 40s through the weekend, but next week will be much colder, according to forecasters.

The Wisconsin Department of Transportation Division of Motor Vehicles announced that it has revoked the wholesale dealer licenses of two Columbia County dealers for violating licensing requirements.

A Janesville man who was armed with a knife was arrested after setting his residence on fire on Thanksgiving, police reported.

A passenger attacked a witness trying to stop an intoxicated driver from leaving the scene of a Near East Side crash on Saturday that injured two people, Madison police reported.

A worker monitoring surveillance cameras from home on Sunday night saw a burglary in progress, leading to the arrest of a man, Madison police reported.

The proposal would decrease the number of beds in plans for the Dane County Jail consolidation project from 922 to 872, a reduction of 50 beds.

The Rock County Jail is conducting mess testing after two inmates tested positive for COVID-19 and others started showing symptoms.

A total of 19 Wisconsin inmates have now died from COVID-19 in the state prison system.

Return of jury service not imminent as coronavirus marches on, backlog builds

Jury service will be back, but only when it's safe to gather in large numbers. 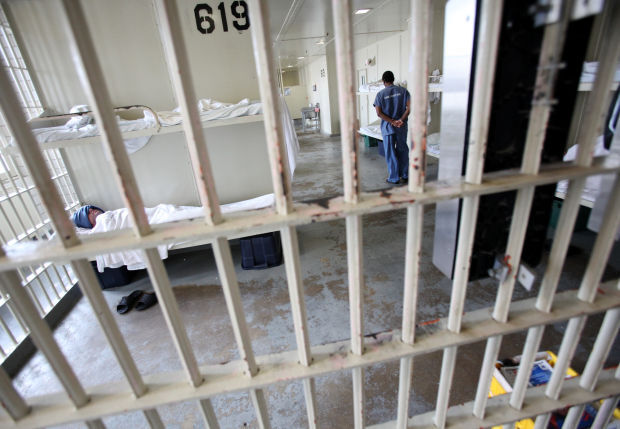 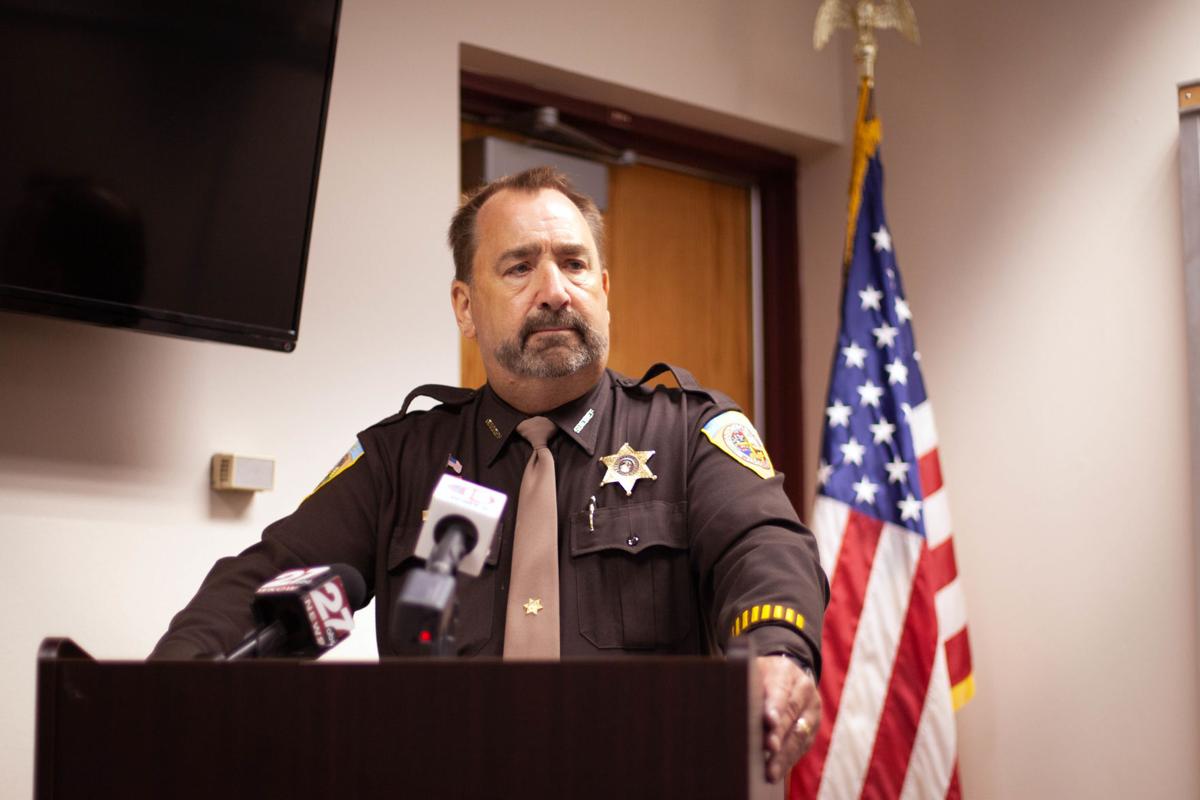