Two Wisconsin men, including one from Dane County and one who is a member of the Army National Guard, have been charged in federal court in connection with the Jan. 6 riot at the U.S. Capitol.

Brandon Nelson, 29, of Dane County, and Abram Markofski, 24, a Guard member from La Crosse, were at the Capitol that day for a rally put on by former President Donald Trump while Congress was certifying electoral votes. Along with hundreds of others, they then entered the Capitol building, which was closed to the public, according to a criminal complaint filed Monday in U.S. District Court in Washington, D.C.

“As a matter of policy though, we cannot discuss personnel matters,” he said.

Myra Longfield, spokesperson for the U.S. Attorney’s Office for the Western District of Wisconsin, said Nelson had been staying in Madison but wasn’t sure if that was his permanent address.

An FBI affidavit filed in court says the two drove from Wisconsin to Washington, D.C., on Jan. 5, and on the next day after attending the Trump rally met no active police resistance in entering the Capitol building.

The two were identified using surveillance video and GPS data after the FBI got an anonymous tip on Jan. 7 from someone who knows Nelson, and both told federal investigators they had been in the building, according to the affidavit.

The men made their initial court appearances in Madison on Monday afternoon. U.S. Magistrate Judge Stephen Crocker released them pending a virtual hearing on May 10 and barred them from entering the District of Columbia.

More than 400 Trump supporters have been charged in the storming of the U.S. Capitol on Jan. 6 in hopes of blocking certification of Joe Biden’s presidential victory, including members of far-right extremist groups. Nelson and Markofski are at least the fourth and fifth Wisconsin residents charged.

See a recap of key moments as violent protesters loyal to President Donald Trump stormed the U.S. Capitol on Wednesday in a chaotic riot aimed at thwarting a vote to certify Joe Biden's presidential election victory.

WARNING: GRAPHIC IMAGES. People were injured on Wednesday as Trump supporters stormed the U.S. Capitol while Congress was in session.

Angry supporters of President Donald Trump have stormed the U.S. Capitol in a chaotic protest aimed at thwarting a peaceful transfer of power.…

See scenes from the U.S. Capitol as Trump supporters breach the building.

Thousands of people at the U.S. Capitol in Washington, D.C., crashing through barricades and climbing the steps as Congress voted to certify J…

This is the moment 'Stop the Steal' protesters in support of President Donald Trump breached security on the steps of the U.S. Capitol as Cong…

Who are they? WI children reported missing as of May 7

A federal magistrate judge ruled that a requested ankle monitor is appropriate.

Johnson said there was no substance to the briefing.

A Stoughton woman was identified as the driver killed in a crash into a tree in Janesville early Saturday, authorities reported.

Authorities have identified the Sauk City man who was killed in a crash in the town of Roxbury on Saturday morning.

An East Side residence was hit and shell casings were found after gunshots were reported Monday night, Madison police reported. 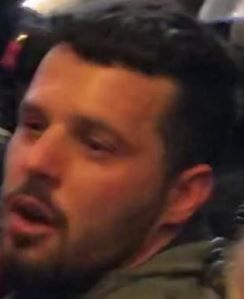 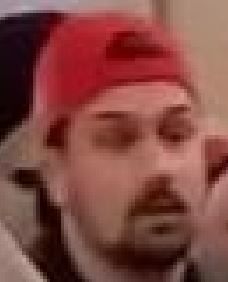