The Dane County Jail reconstruction project is moving forward again after the design team and architects reworked plans to bring the project back within its $148 million budget.

The jail consolidation project had been delayed several months in September because it was running over budget by about $20 million. The plans had included building an eight-story tower on the parking lot behind the Downtown Public Safety Building jail and closing two outdated jail facilities.

Dane County Board Chair Analiese Eicher said now that the project is under budget it is “fairly on schedule.”

The next step is for the architecture company Mead & Hunt to complete construction documents and seek bids for a contract with a construction company. The County Board would need to approve that contract and could vote on it as soon as this summer.

In a presentation from the company on Tuesday, project manager Chris Harp said his team was able to rein in the budget by making several changes including reducing the height of the building by 10 feet, mainly by eliminating a mechanical floor and moving the equipment to other areas.

A floor was also removed by combining the second and third floors into one taller floor with a two-tiered housing unit. With the reductions, the building is now about seven stories.

The new plans do not change the 922 beds planned for the space, Harp said. The current jail has 1,013 beds, so the project reduces the total bed count by 91.

Two spaces on the third floor, containing a total of about 100 beds, could be converted into program space if the county is able to permanently reduce its jail population.

Some County Board members questioned why the county can’t plan for the two areas to be program space from the start, given the decreases to the jail population during the COVID-19 pandemic.

By decreasing arrests and jail bookings, releasing some defendants who were facing minor charges, and working with police, the courts and other criminal justice partners, the Dane County Sheriff’s Office cut the jail population nearly in half during the pandemic.

Sup. Carousel Bayrd, 8th District, said the county should put pressure on those criminal justice partners to continue those population-reducing strategies after the pandemic by reducing the number of jail beds that would be available.

“Let’s hold their feet to the fire in a collaborative, hard-working way,” Bayrd said. “I want to be hopeful that change can happen.”

But Patrick Jablonski, a data scientist with Harpeth Research, who did a population analysis of the jail, said he expects arrests to “bounce back” after the pandemic and that the county can’t count on the COVID-19 changes to stick.

Eicher said the County Board could make that change by amending the project.

Dane County residents said they were frustrated the county is putting money into building a new jail when those funds could be put toward community services. Erika Bach said it was “a slap to the face” to both people who are incarcerated and to community members who she said could be diverted from jail if they had more resources.

“We all know we need a new jail,” Ratcliff said. “The City-County building is not safe.”

Harp said construction could start as soon as November 2021.

[Editor's note: This story has been updated to correct Patrick Jablonski's affiliation. He is a data scientist with Harpeth Research.]

The $148 million jail project is delayed several months due to financial concerns.

The resolution sponsored by Supervisor Elizabeth Doyle, District 1, aims to pause the current planning and request that criminal and racial justice reforms supported by the county are considered in new planning.

Sheriff Dave Mahoney said the design renderings do not look like an "institution."

“We don't want something that you walk into and it looks like a cold, hard jail,” Chief Deputy Jeff Hook said.

The inmate bound his neck and tied it to his cell bars in the City-County Building jail, which has been described by the sheriff as dangerous and inhumane.

A speeding stop on Interstate 94 in Jefferson County turned into a pursuit at 100 miles per hour that ended in an arrest after the stolen vehicle was abandoned at Sun Prairie High School, the State Patrol said.

A shoplifting suspect who had a facsimile handgun and six knives was arrested Tuesday night at Home Depot, 2425 East Springs Dr. on the Far East Side, Madison police reported.

All of the inmates had mild symptoms or no symptoms at all.

Charged with a shooting in 1994, man returns to court; victim says let him go

COVID-19 cases in the Dane County Jail rose to 69 last week, but the Sheriff says the outbreak has now been contained.

Having a small amount of cannabis on the city bus is fine but smoking it in the park is not.

The proposal would decrease the number of beds in plans for the Dane County Jail consolidation project from 922 to 872, a reduction of 50 beds.

The Public Protection and Judiciary Committee instead supported a proposal to shutter an existing housing unit once the addition is complete — something Sheriff Dave Mahoney said he's open to.

"I’d like to leave our families who are impacted by the criminal justice system ... the ability to wipe their past debt clear," the sheriff said. 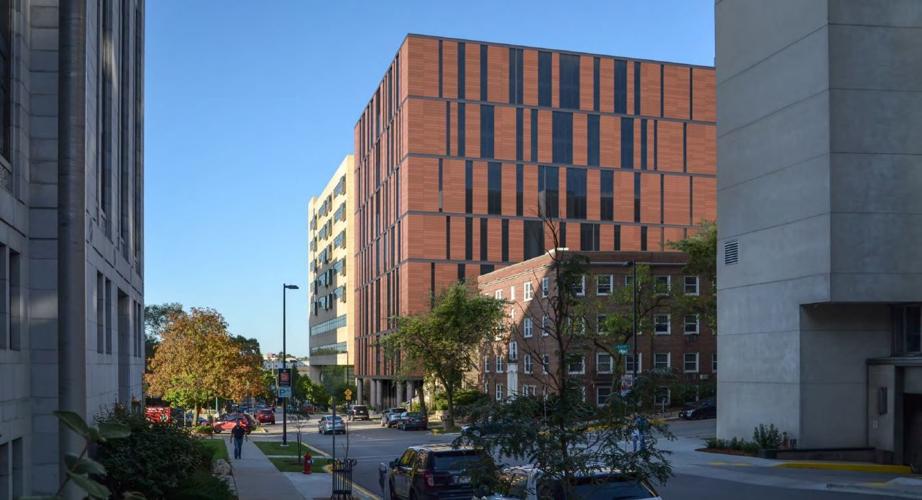 A rendering of the Dane County Jail tower. 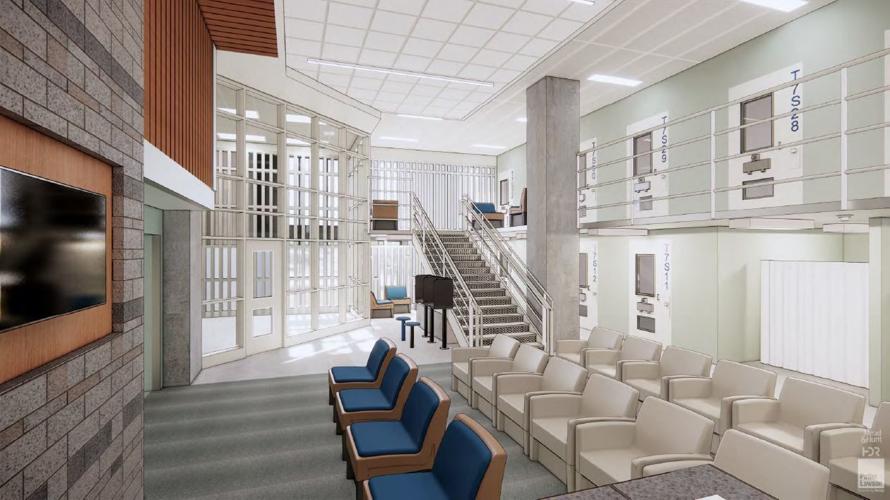 Plans for the Dane County Jail include increased area for recreation and programming space, such as the dayroom rendering shown above.