An armed Janesville man was arrested after barricading himself inside a vehicle for over ten hours on Saturday, according to the Rock County Sheriff's Office.

Rock County deputies responded to reports of a disturbance in a home on the 42000 block of W. Hanover Road, at 4:30 p.m. Saturday. The sheriff's office said they had be warned 29-year-old Dylan M. Demrow, who was refusing to leave the house, had a gun. Rock County Sheriffs Captain Mark Thompson said the address was associated with Demrow's family, but that no one else was in the home when deputies arrived.

Shortly after officers arrived, Demrow left the house with the gun and barricaded himself inside a car on the property, Thompson said.

The sheriff's office then called in their SWAT Team and negotiators to assist in getting Demrow out of the car. The standoff lasted several more hours, and at about 2:30 a.m. Demrow surrendered and was arrested, Thompson said.

Demrow was arrested for possessing a firearm as a felon, violating probation, threatening a law enforcement officer and failing to comply with deputies.

Man who cut off GPS monitor arrested for bank robbery on East Side, Madison police say

A 29-year-old man who cut off his GPS monitor was arrested for robbing a bank on Madison's East Side.

Shell casings were found after gunshots were reported on the East Side early Tuesday morning, Madison police reported.

Five people were injured when gunfire erupted at a vigil for a 16-year-old homicide victim in Milwaukee, police said. 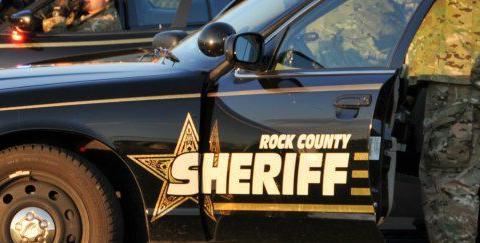 Dylan M. Demrow was arrested after an hours long standoff with the Rock County Sheriff's Office.

Dylan M. Demrow barricaded himself inside a vehicle.