All southbound lanes of Interstate 39/90 near Stoughton are back open again after a roughly six-hour closure Saturday due to a semi-trailer that caught fire, the Wisconsin State Patrol said.

The fire started at around 1 p.m. Saturday, the State Patrol said in a Facebook post. The semi-trailer hauling paper products blew a tire, and the driver pulled over. He got out to take a look and noticed the tire beginning to smoke and catch fire.

All southbound lanes of the interstate at mile marker 151 near Stoughton were closed until the left lane reopened around 2 p.m. All lanes were reopened at 7 p.m. after the fire was put out and the scene was cleared.

There were no injuries reported.

"It was no secret that Staff Sgt. Viney had a passion for flying," the 115th Fighter Wing's Facebook post said. 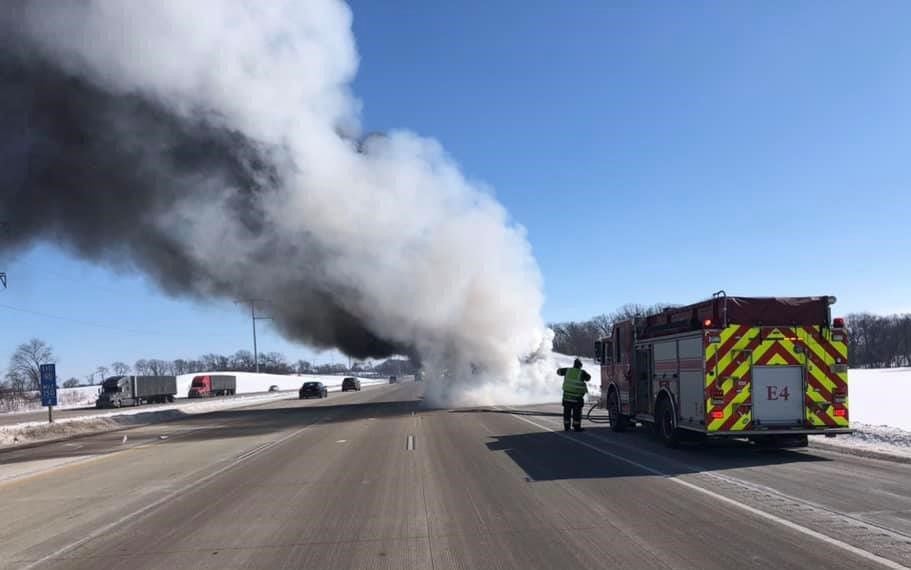 The Wisconsin State Patrol responded to a semi-trailer that caught fire on Interstate 39/90 near Stoughton Saturday afternoon. 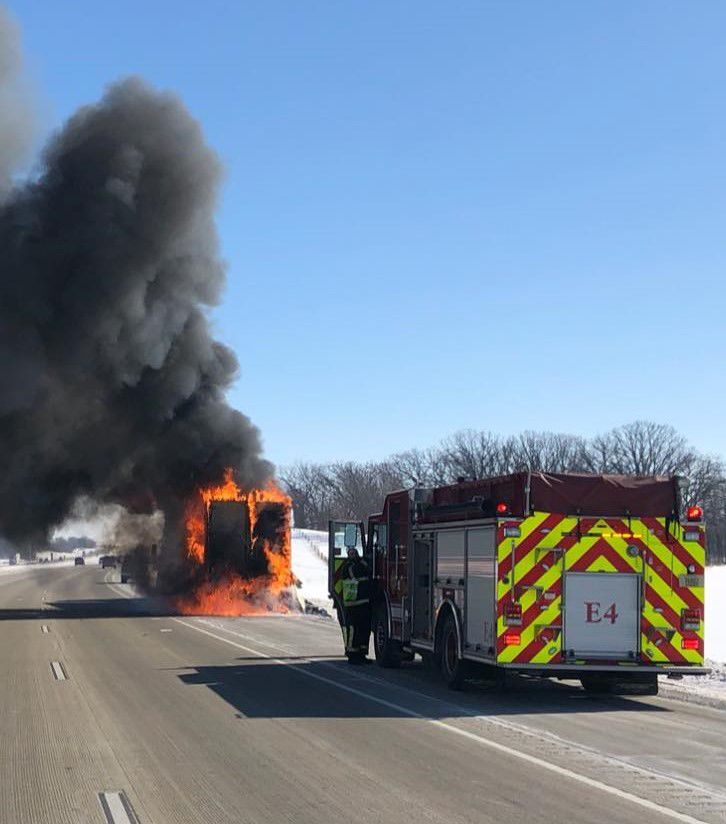