CHIPPEWA FALLS — A shooter killed three family members at a home in a small Wisconsin town, then went to a residence in a nearby community and opened fire on more people, sheriff's officials said Monday.

The shootings some 9 miles apart in northwestern Wisconsin left a total of five people dead, including the suspect, and two others wounded, authorities said.

Authorities found the shooter and another person dead while responding to a 911 call in Lake Hallie about 10:30 p.m. Sunday, Sheriff James Kowalczyk told WQOW-TV. Authorities said the dead were a man and a woman, but Kowalczyk didn't say which one was the shooter or how authorities were able to determine who the shooter was.

Two other adults at the home in Lake Hallie were rushed to the hospital with gunshot wounds. There was no immediate word on their conditions.

Authorities looking to notify the shooter's relatives then went to a home in the town of Lafayette around 2:30 a.m. Monday and discovered three more bodies, Kowalczyk said.

"We went to the door, received no answer, attempted to make a call, again no answer. We finally forced our way in and found three other victims of a homicide," Kowalczyk said.

The dead there were a man, a woman and a boy.

The names of the victims and the shooter have not been released. However, Ritchie German Sr. of North Prairie, Wisconsin, told the Star Tribune of Minneapolis-St. Paul that adult sons Ritchie German Jr. and Douglas German were among the dead, along with Douglas' 8-year-old son, Calvin German. The elder German says authorities have told him they suspect Ritchie Jr. was the killer.

Kowalczyk told WQOW that authorities were still trying to determine a motive. The sheriff didn't immediately return a phone message left by The Associated Press.

Hannah Larson, who lived in the same four-unit complex in Lafayette, told the Star Tribune an 8-year-old boy lived there along with his father and grandmother. Larson said the 8-year-old had sometimes played with her 7-year-old brother.

Lafayette Chairman Dave Staber said the shooting in his town has rocked the normally quiet, community of 6,000.

"We're seldom in the news, which is just the way we like it. My heart goes out to the residents affected by this," Staber said.

A weekly roundup of crime reports from Madison and the surrounding area.

Update: Gunman in fatal shootings in Chippewa Falls may have been imitating Jayme Closs case

Authorities say a man suspected of killing four people in northwestern Wisconsin may have been imitating the abduction last year of teenager Jayme Closs.

Laile Vang, 24, was fatally shot by Ritchie German Jr., who wounded her parents Teng Vang and Mai Chang Vang before taking his own life Sunday night.

Authorities are seeking a car once registered to Ritchie German Jr. as they attempt to finish their probe into his killing of four people the weekend of July 26-28.

Man who killed 4, then himself made calls to home of victims before attack

Ritchie German Jr. — who shot and killed 24-year-old Laile Vang July 28 at her Lake Hallie home — had not only called Laile, he also had called her dad, Teng Vang, on July 18.

Police tape blocks off a home Monday in Lake Hallie following a shooting the night before. Authorities in northwestern Wisconsin say shootings at two homes have left five people dead, including the suspected shooter, and two others injured. 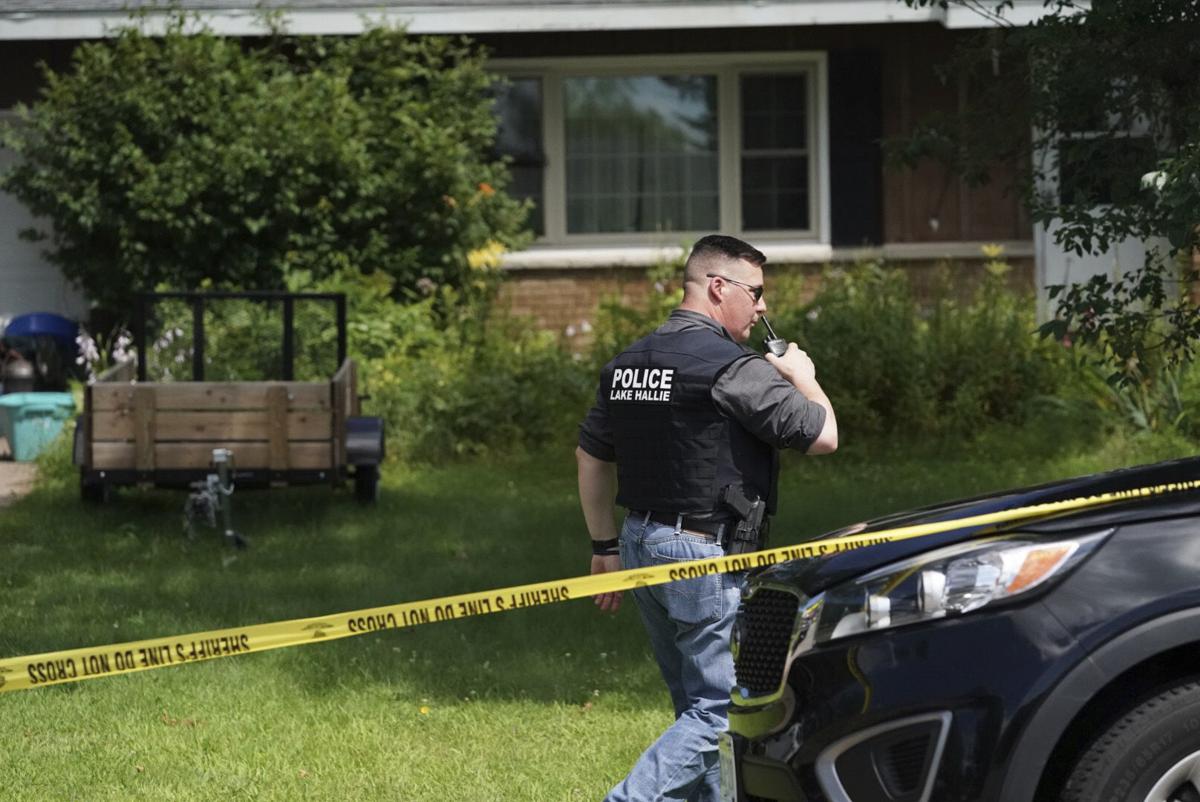 A Lake Hallie police officer works outside a home Monday in Lake Hallie after a shooting the night before.

Lake Hallie police officers work outside a home Monday in Lake Hallie following a shooting the night before.