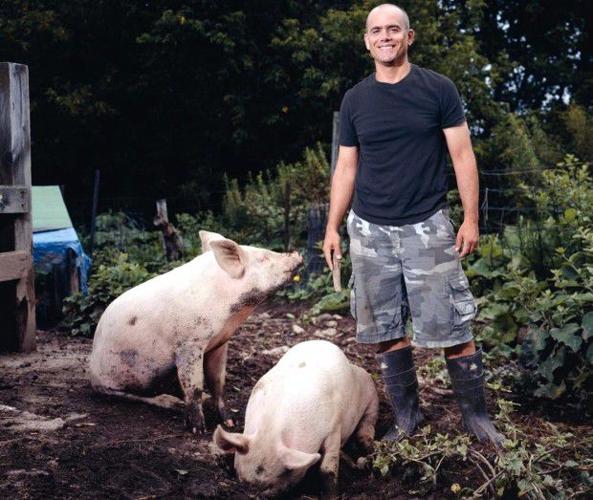 This morning when I stepped outside I spooked a buck in velvet. This would speak to our rural existence were the suburbs not thick with whitetails. Same with the coyotes, which seem to have taken a downturn this year. I still hear them, but the rabbit population is on the rise again, a sign that the balance of nature is shifting. Perhaps the coyotes are all over by the mall, hunting discarded french fries and redeeming Star Rewards at the drive-through.

The owls are as thick as ever, their calls booming the woods nightly. Yesterday around midnight when I was leaving the office several of them got into a screeching match the likes of which I’ve never heard. What started out as a standard cross-valley “Who cooks for you?” exchange suddenly blew up in my backyard when what sounded like three different owls flew in to land directly overhead in a maple grove. I couldn’t see them, but the sound was immediate and startling. The standard hooting was replaced by what sounded like a gathering of drunken roosters and crying babies. I couldn’t see the birds, but it was a raucous squall.

I’ve seen no fishers this year. They’re furtive, and I’ve only had two sightings in the 11 years we’ve lived here. In both cases the animal was crossing our driveway. A fisher is a weasel on a lift kit and steroids, and a central reason we lock the chicken coop door every night. Plus, we do have your standard weasels.

Bears, the same as fishers; haven’t seen any, but I know they’re around. Now and then I spy a paw print in the mud, and I frequently find corn or grass wallered and squashed in a pattern consistent with bruin behavior. Also, the land was loaded with berries this summer, so the buffet was set. Of all the animals common around these parts, I marvel most at how rare it is to see a bear outside of a hunting situation, big and black as they are.

It’s been a while since I’ve seen any indication of wolves, but we had at least one around here a couple of years back. I discovered a number of kill scenes, and once when I was up writing at 3 a.m., a wolf howled behind the pole barn, a sound you don’t soon forget and tends to drop the temperature of your spine.

We are all set on moles and ground squirrels.

This random census as provided is a celebration of bucolic living, but it is also a reflection of my shortcomings, specifically that despite my status as a ruralist I am no naturalist and not even a generalist but a superficialist, living in and amongst the animals, noting them and appreciating them (whenever I see velvet antlers in the wild I get a thrill akin to spotting a working class unicorn) but hardly able to tell you what those owls were up to, or break down the whole stoat/weasel/ermine thing. In short, I am no Mark Trail. At best I am Mike Back Forty, and my invocation of Mark Trail speaks to an entirely different issue of demographics and possibly gerontology.

Michael Perry is a Wisconsin author, humorist and intermittent pig farmer whose bio, books and recordings can be found at sneezingcow.com. 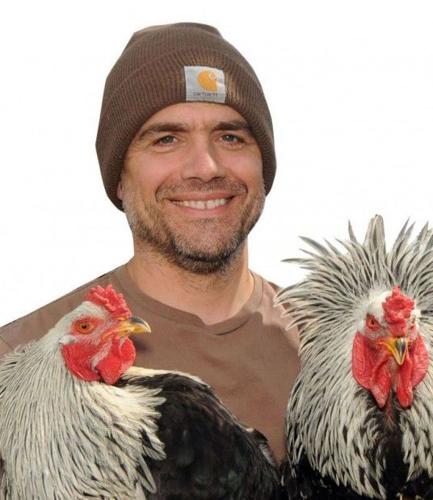