RANDOLPH — This is corn country.

Most of the paychecks here come from the land where the wind blows unabated and, at least this year, there hasn’t been enough snow to cover the stubble from the fall harvest.

Steve and Molly Gursky have found their niche on four acres along Cemetery Road in the town of Courtland, only it doesn’t involve tractors, grain bins or spring plantings.

Their modest spread in eastern Columbia County is just enough for a couple of horses, three dogs, a rabbit, a cat and a front yard with a trampoline for their two young children.

The Gurskys’ livelihood comes from within their 4,300-square-foot Driven Restorations workshop where they fulfill sentimental dreams by transforming worn, forgotten and sometimes neglected vehicles into rolling art with high-powered engines, chrome and custom paint jobs.

“We’re building high-quality and it’s meant to be driven,” said Molly Gursky. “The ones that sit, die.”

“You shouldn’t be afraid to drive your car,” said Steve Gursky. “They should all be driven.”

That philosophy has been well received and their business model is flourishing.

The Gurskys, who founded their company in 2009, are about to begin a major expansion of their shop. The $70,000 project scheduled to begin in a few weeks will add three mechanics’ bays, LED lighting, a new paint booth, provide more room for custom body work and create a dedicated metal and welding room. The project will also provide heat to the half of the workshop that currently is like an ice box.

The upgrades will allow for more work and better working conditions but there is one aspect to the project the Gurskys haven’t quite finalized, although they have a few ideas.

They want to add staff but finding the right person for their shop who is willing to learn the trade has been a challenge. Technical schools teach collision repair and auto mechanics and most wind up in body shops repairing damages from deer, fender benders and major crashes. The mechanics typically go to car dealerships or smaller independent shops while others gravitate to quick lube shops. The Gurskys assumed, that because of their rural location, they might be able to attract candidates with mechanical aptitude but that hasn’t panned out either.

That’s why the Gurskys want to try to recruit current or recently graduated high school students and train them from the ground up. They had an employee who started out strong but later faded.

“These aren’t quick projects,” Molly Gursky said. “He got bored and so the quality suffered and that’s something we will not compromise on.”

Wisconsin’s unemployment rate is at a historic low of 3 percent and virtually every industry in the state is struggling to find qualified employees. The Gurskys are in that boat but besides needing people with an aptitude for restoration work, they’re looking for employees with an interest in classic cars. The Gurskys have one high school student, Hanna Raley, 16, who attends nearby Cambria-Friesland High School and who has worked in the shop the last two summers while also driving a stock car at Wisconsin Dells Raceway Park.

“She does great and we try to give her stuff that we know she can do and then at least 25 percent of the time we’re teaching her something new,” Molly Gursky said. “If you want to make more profit, you need to invest in them.”

Molly Gursky said she will be speaking next month to students at Hanna’s school, located a few miles west of the shop, and wants to make arrangements to speak with students at Randolph High School to the east. Gursky is hoping students could take part in a course for credit that would expose students to their shop, which could, in turn, lead to possible candidates.

“We want people to be successful in this like we are,” Steve Gursky said. “We love the old cars but unless the younger generation starts picking it up, these are going to be gone.”

Steve, 36, grew up in Chetek just north of Eau Claire where his father was a highly skilled laborer “who could fix anything.” Steve’s first rebuild was in high school on a 1977 Chevy pickup. He briefly considered playing football and studying physical therapy at UW-La Crosse but instead headed west to WyoTech, a technical school in Laramie, Wyoming, that is scheduled to close in June but specializes in automotive technology. After the one-year course, he returned to Wisconsin to rebuild cars on the side and work full time at a traditional body shop in Eau Claire but left after a year because of unstable management. After three years building trusses at a plant in Chetek, he took a job with Dick’s Auto Body just north of the Mississippi River community of Hager City, south of Ellsworth. The shop served as a valuable training ground.

Molly, 33, grew up in Madison’s Dudgeon-Monroe Neighborhood, took auto shop at West High School, read Chilton repair manuals and learned how to work on her 1981 Honda Civic and later a 1993 Honda Accord. She met Steve in 2002 at a party in Madison while she was in high school and graduated from UW-River Falls with a degree in animal science. She worked for a time in New Richmond for a company doing dairy nutrition before moving back to Madison, with Steve, whom she married in 2006, for a position with Landmark Services Cooperative in Cottage Grove.

The move pushed Steve to go out on his own. Five years later, in 2014, Molly, who had been doing the books and marketing for Driven Restoration on the side, quit her day job to devote full-time hours to the shop where she also specializes in metal repair, refinishing and interior work.

“She’s really a quick study,” Steve said. “I think I taught her how to weld in like five minutes. She’s kind of jack-of-all-trades.”

Molly has also worked on two nationwide all women’s builds designed to promote the industry. In 2014 she helped rebuild a 1969 AMC AMX and in 2017 was a part of the Chevy Montage project with Bogi Lateiner of “All Girls Garage” in which a 1957 Chevy pickup was restored.

Most of the customers for Driven Restoration are in their 40s on up, have some disposable income and a desire to recreate a memory from the past.

One of the best examples of sentiment is a 1951 Ford Custom convertible owned by the same Poynette family since it was purchased new from Grinde Motor Co. in DeForest for $825 after the trade-in of a 1949 Mercury. The car was driven until 1963 when it was then stored in a farm shed and driven only one other time before it was restored by the Gurskys.

Other projects underway include a stripped-down 1949 Buick in need of $30,000 worth of chrome and $8,000 of interior fabric, while under a canvass tarp in a corner of the shop is a 1938 Lincoln Zephyr that when it came out of the factory had a V12 engine.

From 2005 to 2011 Steve Gursky was active in the demolition racing circuit where he destroyed cars he now wishes he could have back to restore. He now drives a 2016 Chevy pickup truck but in warmer months drives a restored 1970 Ford station wagon with posi-traction and a 500-horsepower engine.

“I have a thing for kind of oddball cars,” Gursky said. “I see the Chevelles, the Mustangs and MOPAR stuff and I love the cars. When I envisioned this I really thought it would be muscle cars but I love the odd stuff.”

The brothers build $500,000 classic cars for clients around the world.

Wienermobile gets a statue-like remake

The Super Bowl is being held in Minneapolis but businesses and home owners in northwest Wisconsin are trying to cash in on the hype.

If animals dream, it's unlikely Wally and the other residents of SoulSpace Farm Sanctuary could have envisioned anything better than their current digs.

Madison's environmental inn, Arbor House, is up for sale

John and Cathie Imes bought and expanded the Monroe Street bed and breakfast in 1994 but are ready for a change.

Contraction and adjustment for the Fox River Valley's paper industry 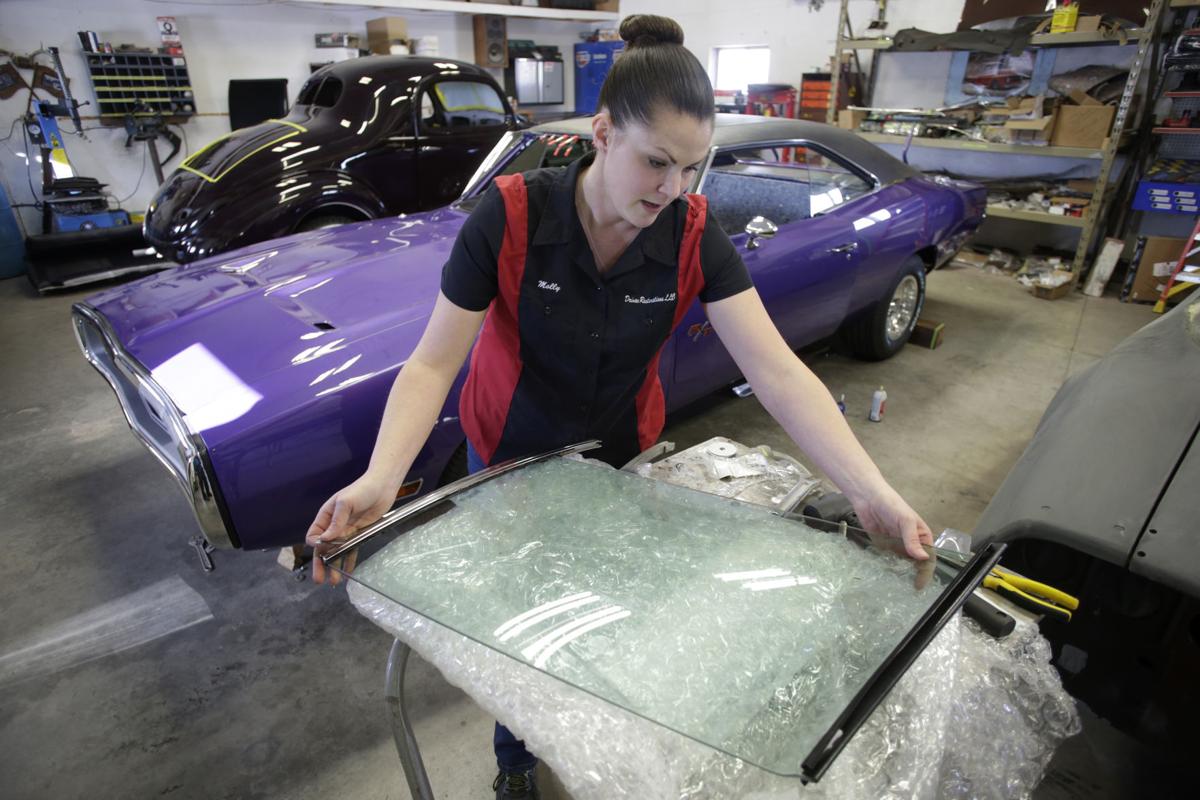 Molly Gursky, co-owner of Driven Restorations near Randolph, works on the window of a 1977 Pontiac Trans Am. The shop, founded in 2009 by her husband, Steve Gursky, rebuilds classic cars, including a 1970 Dodge Charger, seen behind Gursky, and in the background, a 1936 Buick. The Gurskys' builds, which often top $100,000, are intended to be driven, not stored for shows. 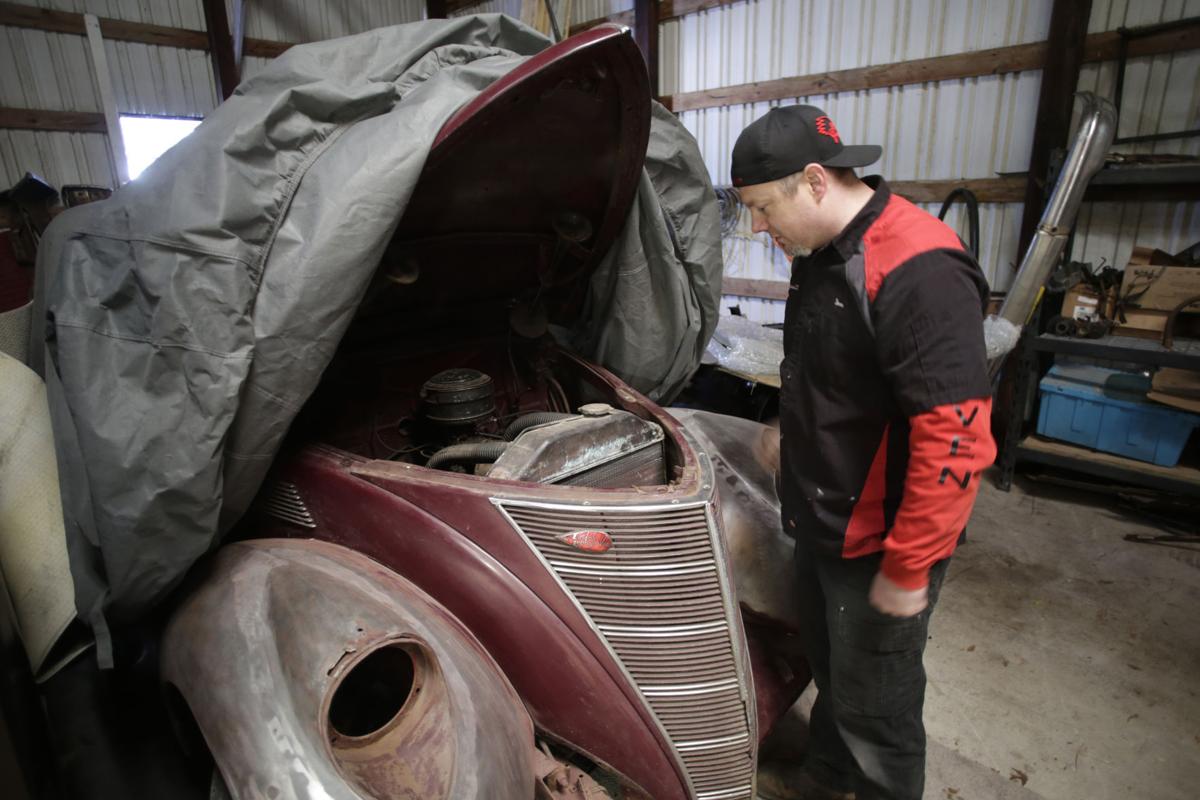 Steve Gursky looks over the engine of a 1938 Lincoln Zephyr that is waiting to be restored. Gursky did his first rebuild while in high school in 1997 in Chetek and has been rebuilding vehicles ever since. His latest move is to expand his Driven Restorations shop near Randolph to provide more space and amenities for his growing business. 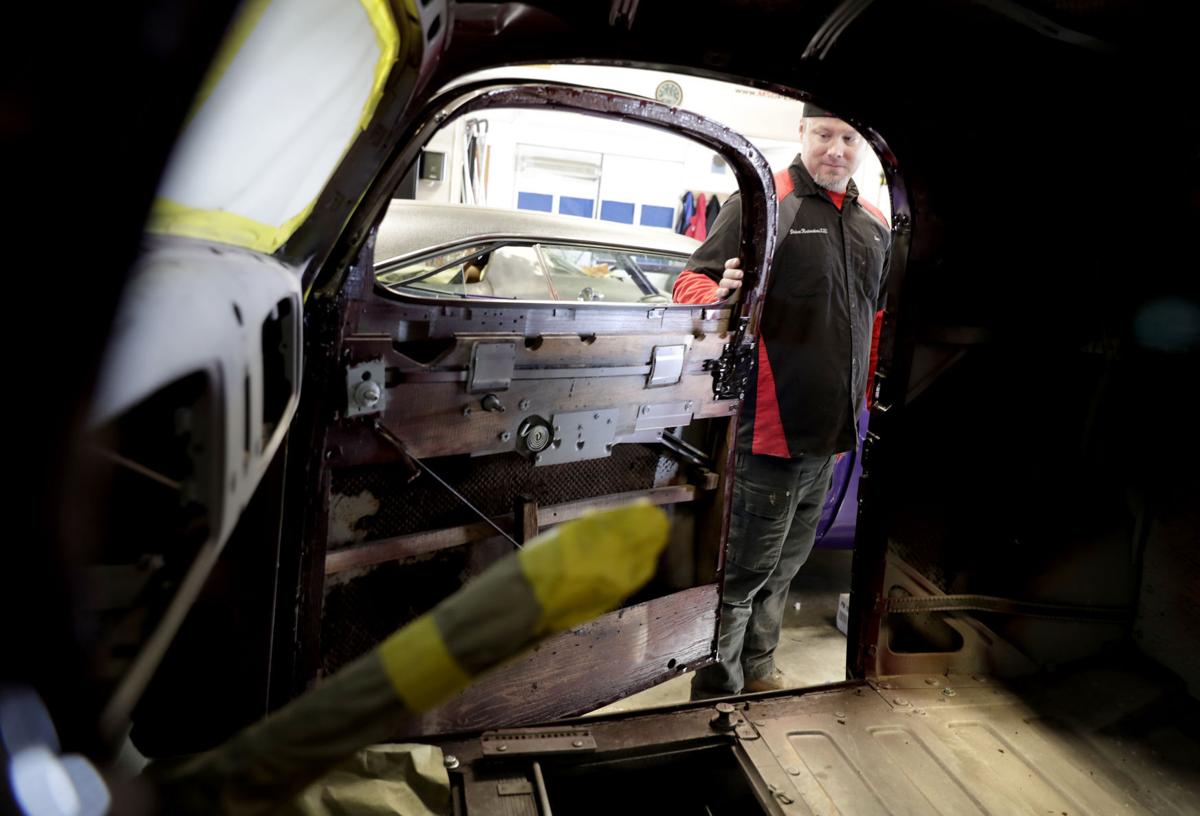 Steve Gursky shows off the interior of a 1949 Buick Special 40. The car features a wood-frame interior and is among the vehicles being restored at Driven Restorations near Randolph. 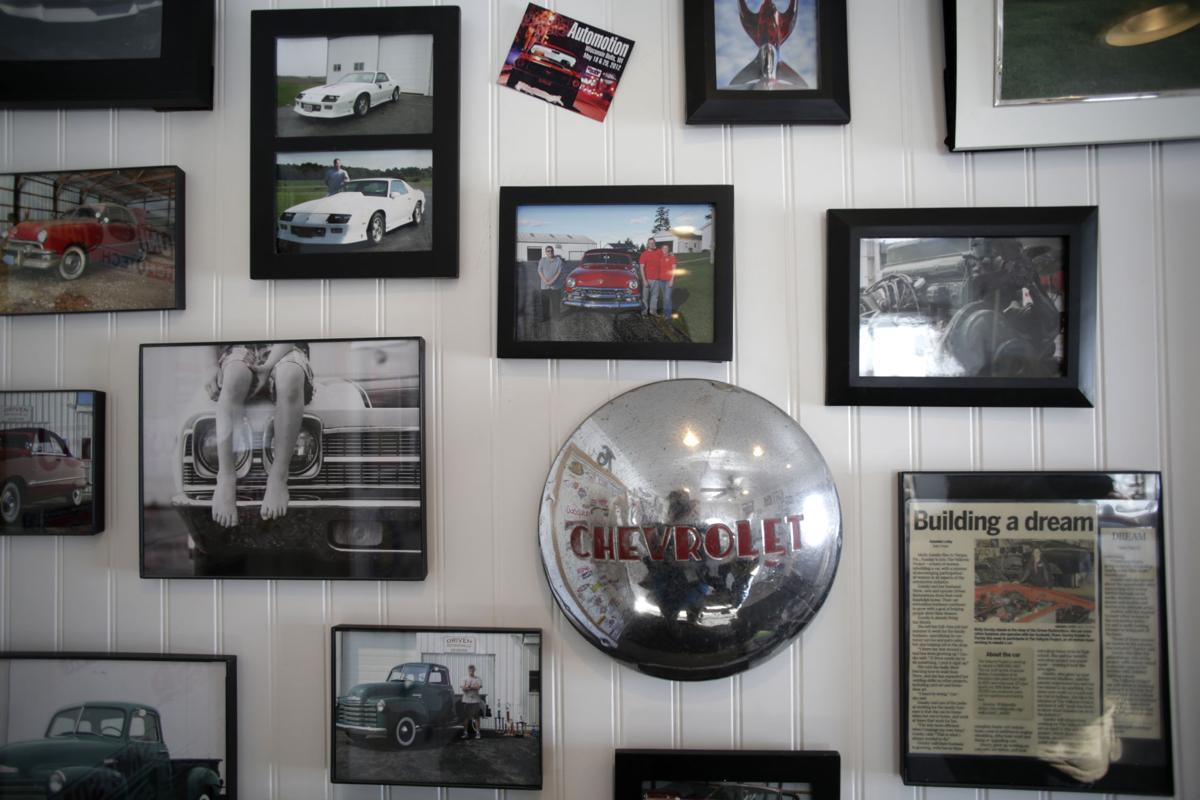 The small office at Driven Restorations near Randolph is filled with photos and memorabilia from rebuilds the company has done since its founding in 2009. 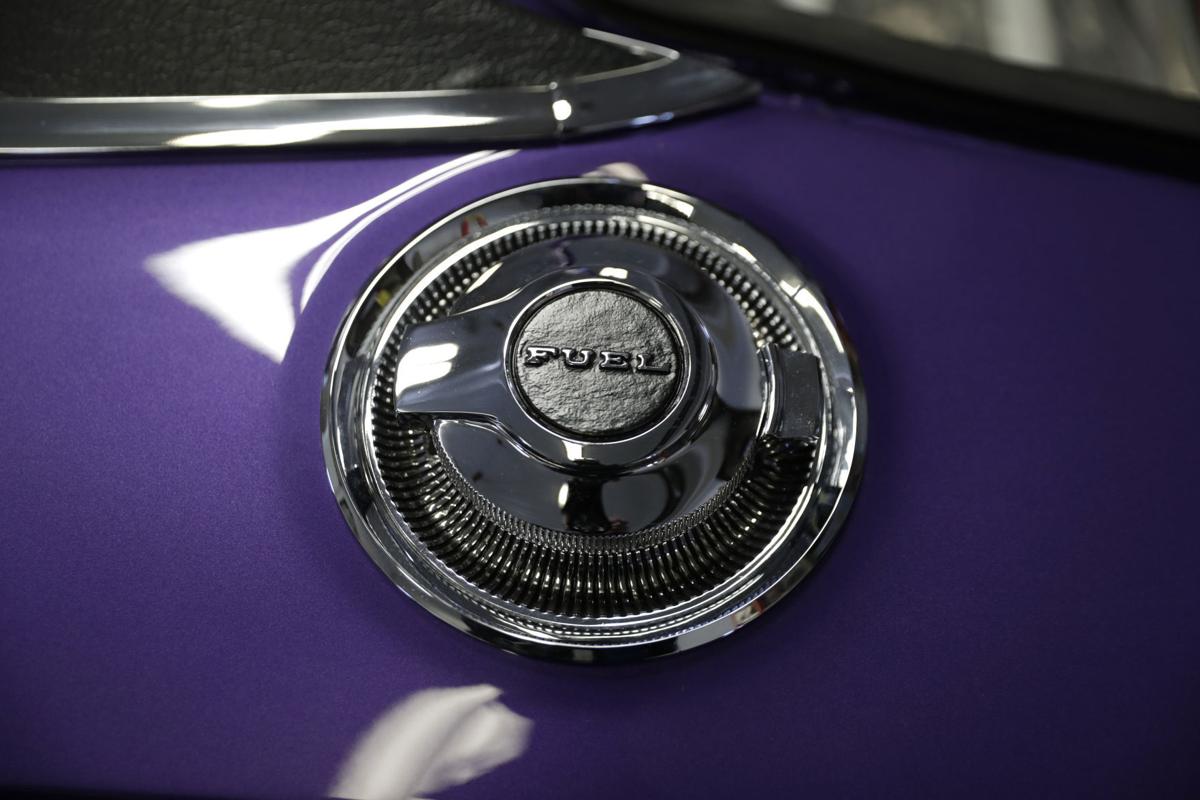 Attention to detail is imperative for Molly and Steve Gursky at Driven Restorations near Randolph. This is the gas cap of a 1970 Dodge Charger that is in the midst of what will be a three-year rebuild. 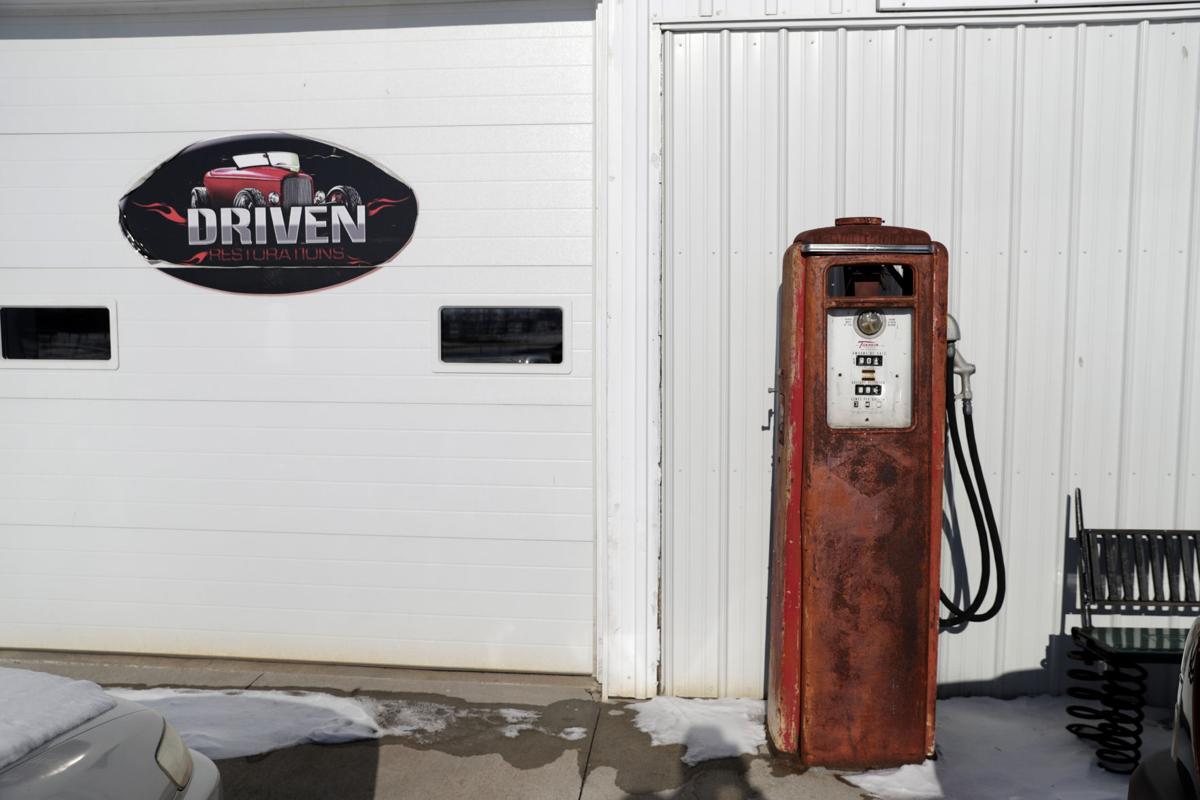 Driven Restorations near Randolph is expanding its shop, located on the four-acre rural property that is also home for Steve and Molly Gursky. The $70,000 project will add more mechanics' bays, a dedicated welding and metal room, a new paint booth and provide more space for the growing business. 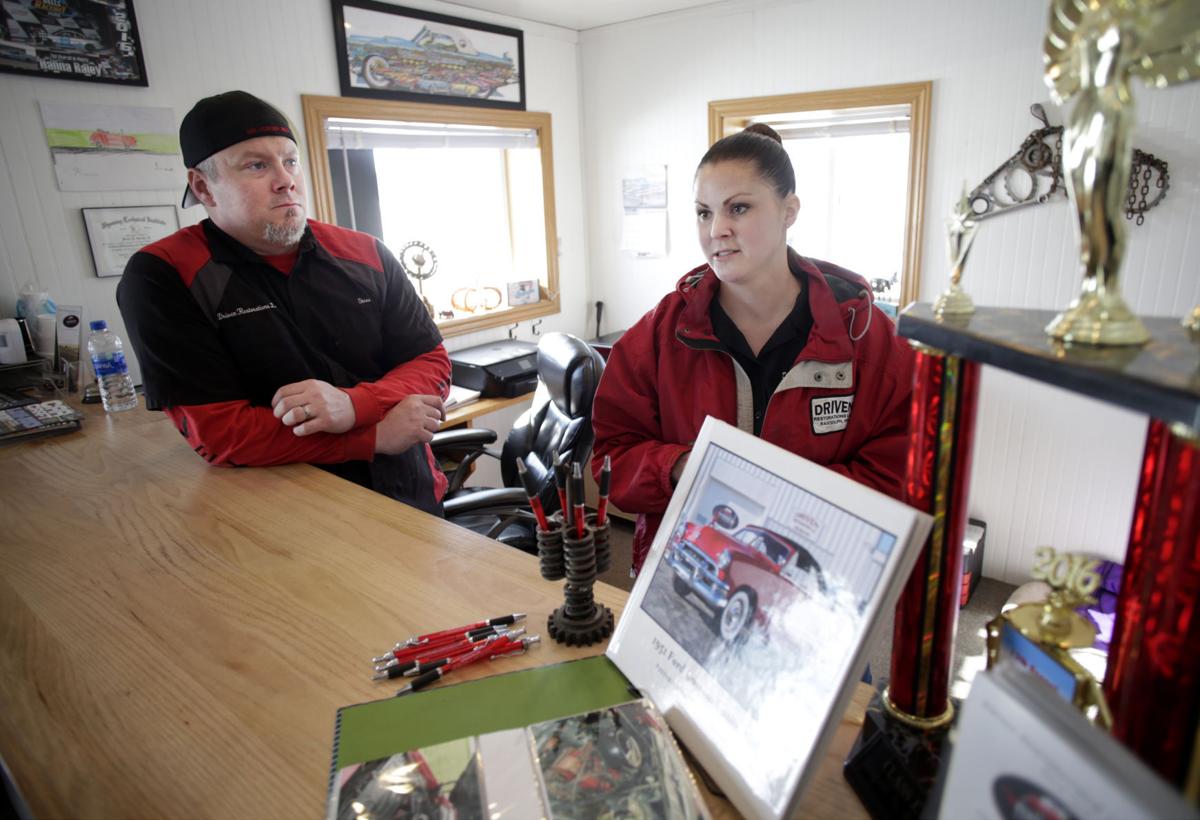 Steve and Molly Gursky met in 2002 at a party in Madison when Molly was in high school. The couple has been together ever since, married in 2006 and now own and operate Driven Restorations near Randolph where they both restore classic cars. 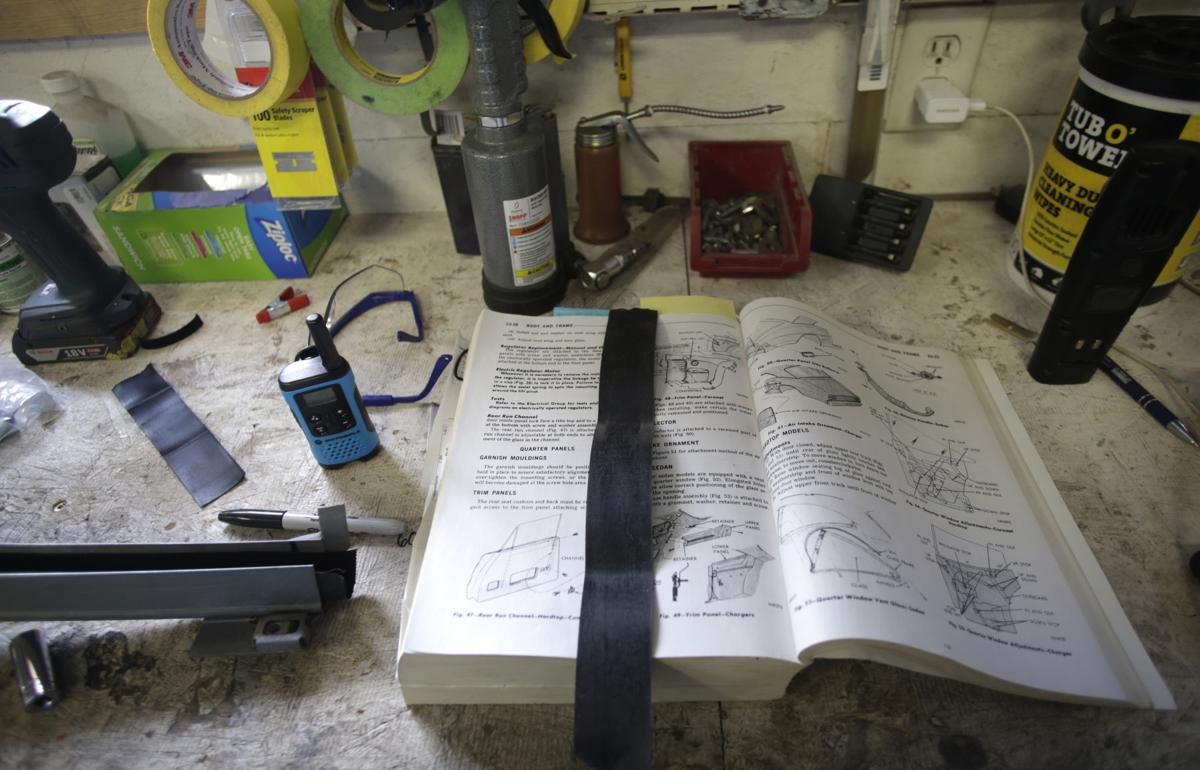 A work bench at Driven Restorations near Randolph includes a text book on body work open to pages about quarter panels. 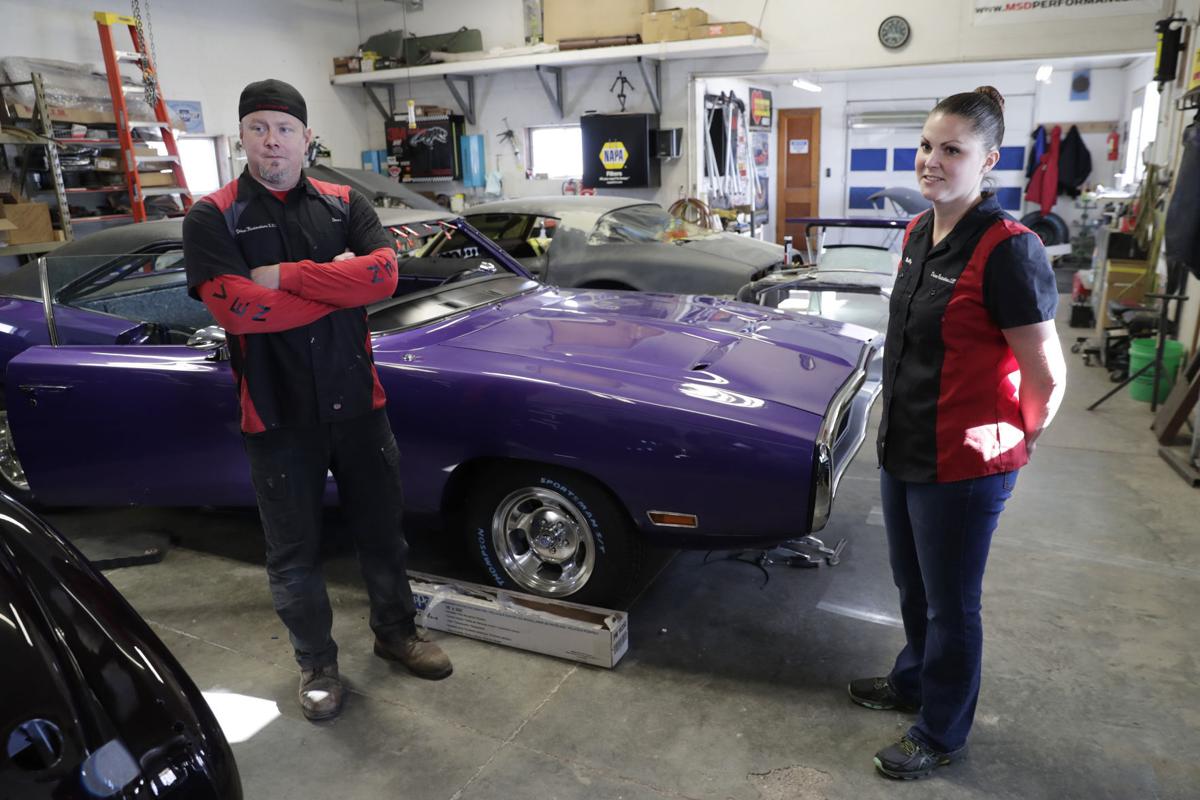 Driven Restorations, a classic car restoration shop in Randolph, after seven years in their rural locations. Owners Steve and Molly Gursky are seen here with a 1970 Dodge Charger, one of several projects underway at their shop.