A restaurant popular with the locals and campers at nearby Devil’s Lake State Park has been destroyed by fire.

Firefighters from Baraboo and the surrounding area were called shortly after 6 a.m. Sunday to the Barn Restaurant & Bar, located on Highway DL south of Baraboo and between the Baraboo Country Club and the north entrance to the park.

A cause of the fire has not been determined but investigators with the state Department of Criminal Investigation and the U.S. Bureau of Alcohol, Tobacco, Firearms and Explosives have been called in to assist with the investigation.

According to a release from the Sauk County Sheriff’s Office and Baraboo Fire Chief Kevin Stieve, a city of Baraboo police officer arrived on scene shortly after the initial call and reported flames and smoke coming from the restaurant.

Photographs from the scene taken by Derrick Mayoleth, owner of Skillet Creek Outdoors, a local media company, showed that while the iconic sign in front of the business survived, most of the original barn structure was destroyed. Mayoleth said when he came to the scene at about 10 a.m. the highway was closed from both directions and a steady flow of traffic from onlookers was being diverted down side roads.

“It looks like a total loss,” said Mayoleth, who spends most of his days documenting the scenic beauty in and around the nearby state park. “It’s certainly strange that this fire happened one day after the Farm Kitchen restaurant, less than a mile down the road, was burned (Saturday) as part of a fire exercise for the Baraboo Fire Department.”

The Farm Kitchen was founded in 1923 by Helen Baldwin and was once known for its Sunday brunches, dinner theater and civic club meetings but the property is being cleared to make way for Tumbled Rock Brewery. The Barn Restaurant & Bar was literally located inside a barn and established in the 1940s. In recent years it has hosted local fundraising events, weekly noon meetings of the Baraboo Kiwanis Club and had a menu that included spaghetti and meat balls, mac and cheese, burritos and all-you-can-eat chicken wings.

The Baraboo News Republic reported Sunday there appeared to be suspicious activity at the Barn before the fire occurred. On Saturday morning, at about the time that fire crews were intentionally burning the Farm Kitchen, the owner of the Barn, Amber Giddings, posted on Facebook that someone had broken into her restaurant overnight.

In addition, Mayoleth said a small shed located “some distance” from the main building had also burned but nothing around the shed had appeared to have been touched by fire.

“It seems unlikely that the fire carried over from the main building and lit the small shed, while not starting trees or dry grass on fire around it,” Mayoleth said. “Just odd.”

Anyone with information about the fire at the Barn is asked to contact the Sauk County Sheriff’s Office at (608) 356-4895 or Sauk County Tipster line at 1-888-TIP-SAUK.

More Shopko pharmacies, including at West Towne, to close

Iowa-based Hy-Vee has purchased the records from the pharmacies with the West Towne Shopko records being transferred to the Hy-Vee at Westgate Mall.

Barn Restaurant owner intends to rebuild 'as fast as I can'

Amber Giddings said she isn’t going to let the tragedy stop her. 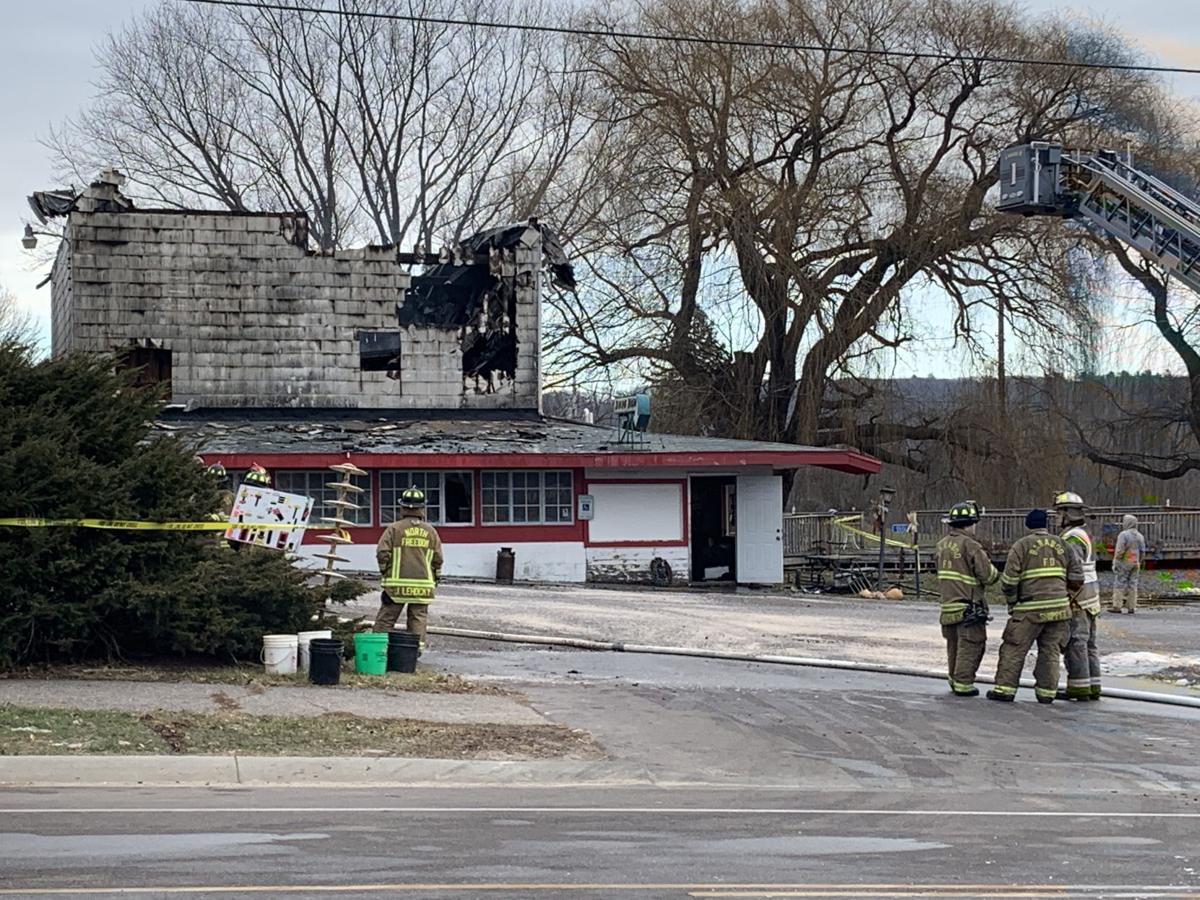 Firefighters look over the scene of a fire that destroyed the Barn Restaurant & Bar south of Baraboo. The fire was reported shortly after 6 a.m. Sunday. No cause has been determined but officials with state Department of Criminal Investigation and the U.S. Bureau of Alcohol, Tobacco, Firearms and Explosives have been called in to assist with the investigation. 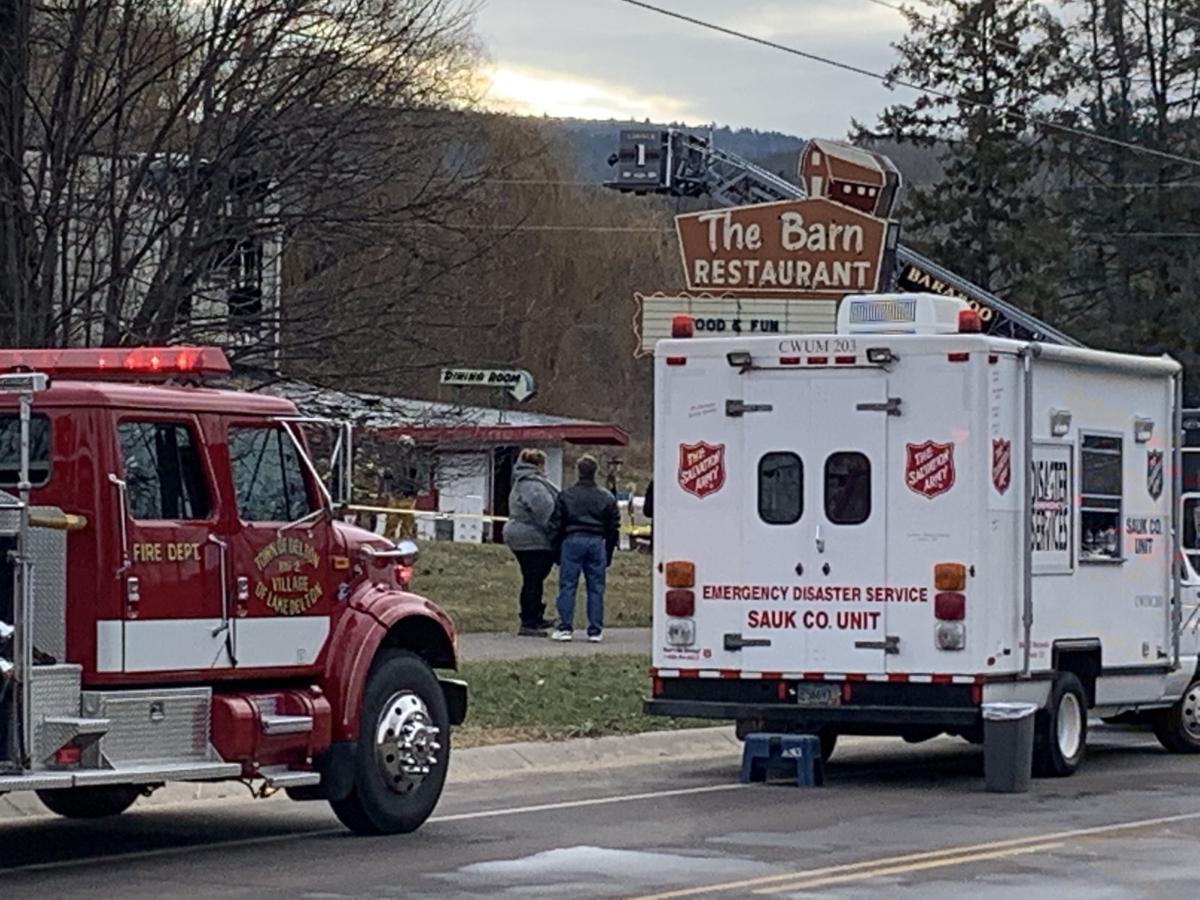 A fire truck and disaster relief truck from the Salvation Army are parked in front of the remnants of the Barn Restaurant & Bar, which burned Sunday near Baraboo. 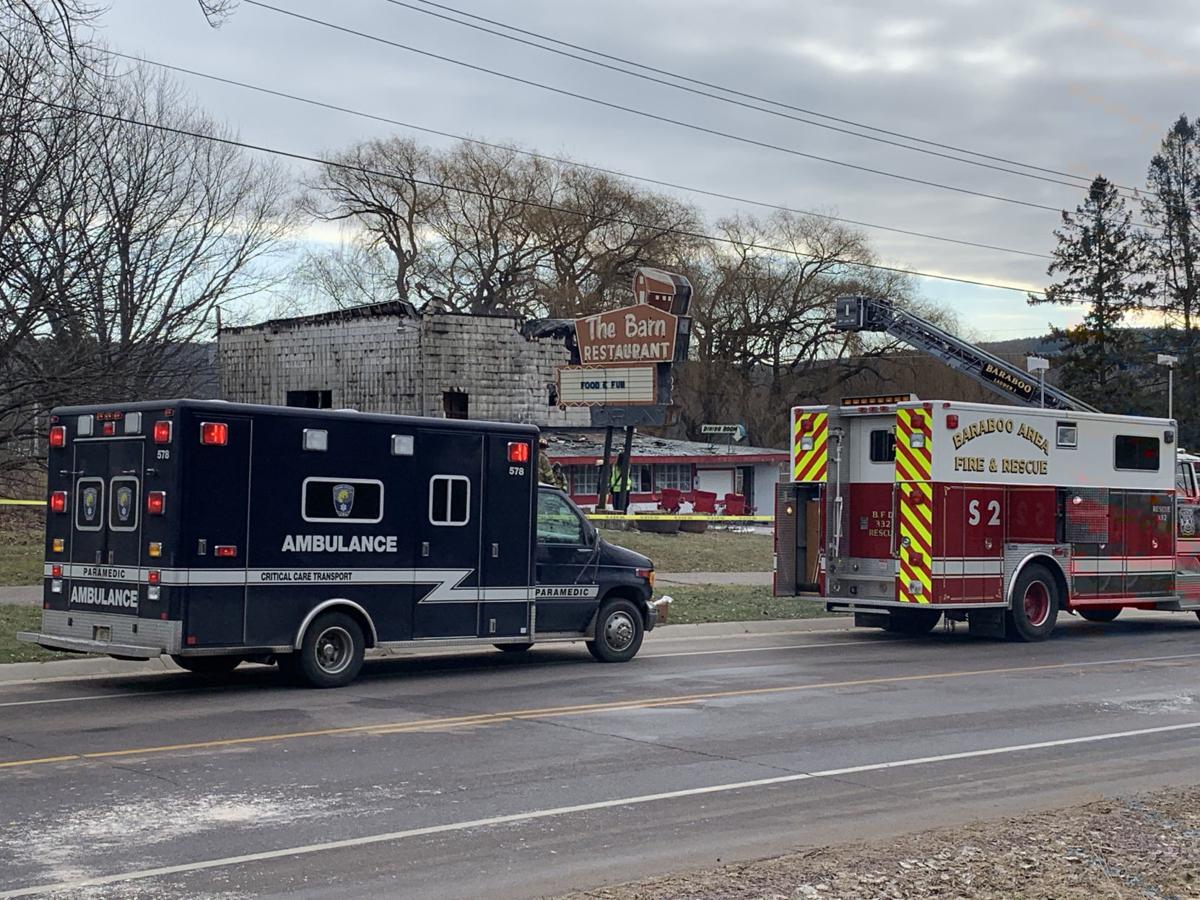 The iconic sign for the Barn Restaurant & Bar near the north entrance of Devil's Lake State Park near Baraboo remains standing and unscathed following a fire early Sunday. The restaurant and bar appeared to have been destroyed.