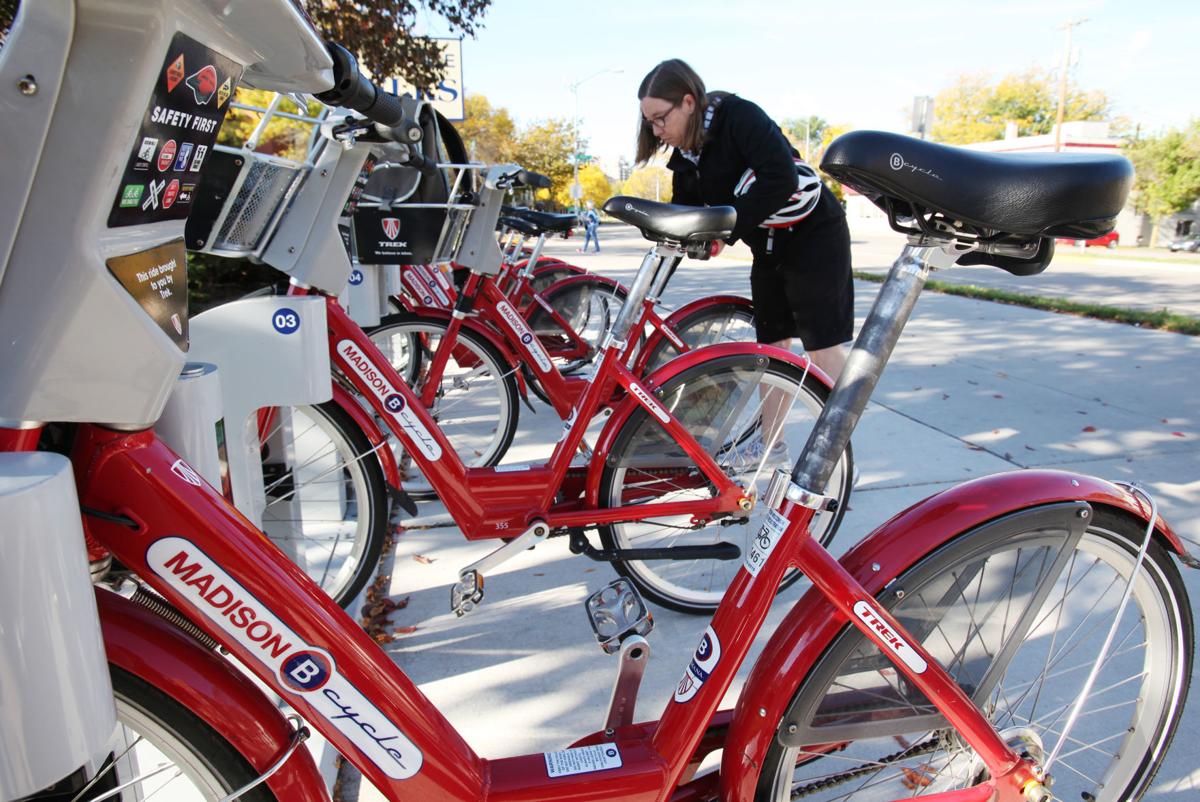 Madison BCycle's fleet of red bikes has been replaced by white e-bikes. Most of the old bikes are being donated. 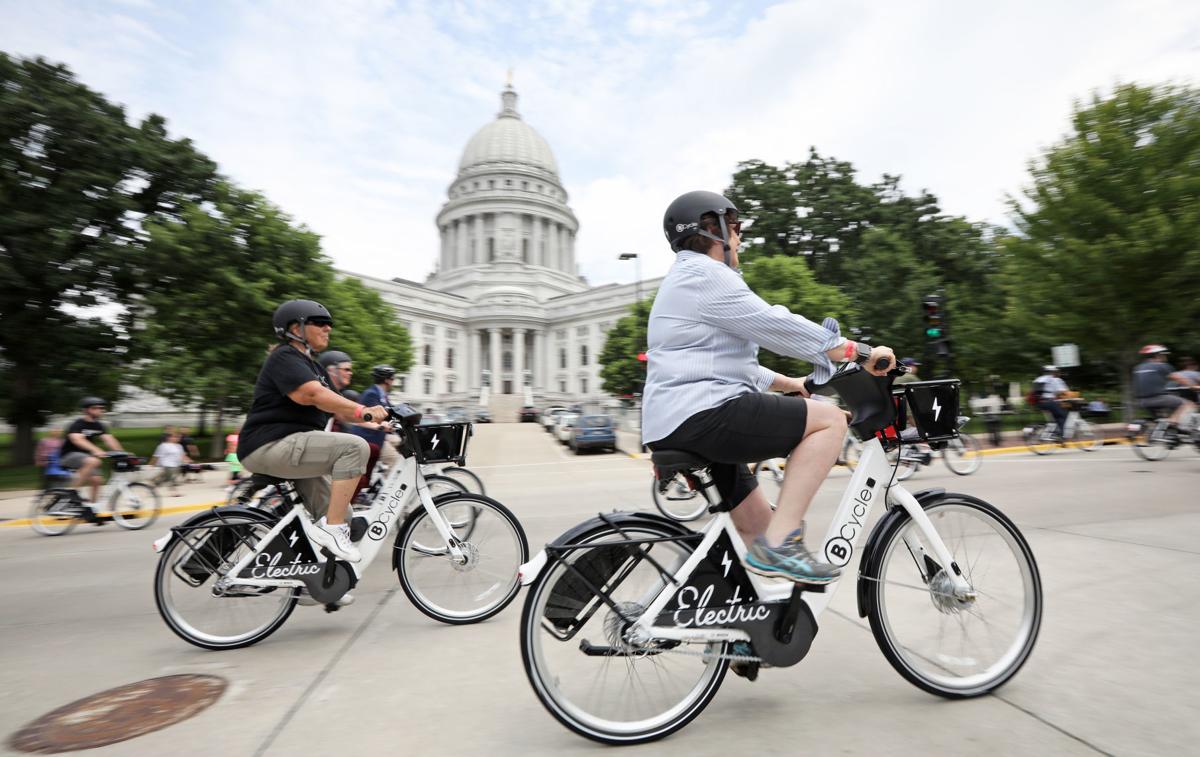 People ride electric bicycles around Capitol Square during an event to launch the new fleet of e-bikes for the BCycle bike-sharing program.

Q: What happened to the old BCycle bikes?

A: Earlier this summer, Madison’s bicycle share program, run by BCycle, upgraded its fleet to electric bicycles, or e-bikes, retiring the hundreds of red bicycles that had been rented from more than 40 docking stations around the city.

Most of the 350 retired bikes are being donated, BCycle Executive Director Morgan Ramaker said.

“We have been working with several nonprofits to find a second home for the bikes that were still in good condition, which was most of them,” Ramaker said.

Some bikes that were at the end of their lives after eight years of use were salvaged for parts before being recycled, Ramaker said.

BCycle operates in dozens of cities from Los Angeles to Philadelphia, but Madison is the first to have its fleet fully converted to e-bikes. The bikes were swapped out June 18, replacing the well-known red bikes with white bikes with a pedal-assisted motor.

The e-bikes, made by Waterloo-based Trek Bicycle, amplify pedaling power but do not self-propel. The assist helps riders reach up to speeds of 17 mph. The assist can also be turned off with the push of a button.

Editor's note: This story has been changed to correct the location of Trek Bicycle's headquarters.

Just Ask Us: Do police have data on whether guns used in crimes were obtained legally?

A federal database called eTrace has some data on a gun’s purchase history, but it is limited.

Exact Sciences, a cancer screening company located in Madison, has a stool test called Cologuard that screens for cancer.

Just Ask Us: Why is recycling collected only every other week?

Madison Streets Division collects trash more frequently than recycling, in part, because of the nature of it -- trash stinks and attracts pests -- but recycling doesn't pose that same nuisance.

Madison to study safety before pilot program for electric scooters

Currently, electric scooters are prohibited in the city under a statewide ban, but the State Legislature recently approved a bipartisan measure awaiting Gov. Tony Evers' signature that would allow the scooters on roads and sidewalks.

Just Ask Us: How are Madison police lineups conducted?

Madison police rarely use in-person lineups when asking a witness or victim to identify a suspect. Instead, photo arrays are more often used.

Madison BCycle's fleet of red bikes has been replaced by white e-bikes. Most of the old bikes are being donated.

People ride electric bicycles around Capitol Square during an event to launch the new fleet of e-bikes for the BCycle bike-sharing program.