The Georgia company suing the Wisconsin Department of Natural Resources over permits for a proposed Monroe County frac sand operation is asking for reconsideration based on newly discovered evidence.

Meteor Timber needs a permit to fill 16.25 acres of wetlands to build a $75 million processing and loading facility near Millston that would serve two nearby sand mines.

Despite finding that the project would result in “permanent and irreversible” impacts and the loss of “exceptional quality” imperiled habitat, the DNR granted a conditional permit in May 2017 and a final permit months later.

Clean Wisconsin and the Ho-Chunk Nation challenged the permits, and Administrative Law Judge Eric Defort revoked the permit in 2018, ruling that the DNR granted it without all the information required by state law.

Meteor petitioned then-Secretary Dan Meyer to overrule Defort’s decision, saying it contained factual and legal errors. But Secretary Preston Cole, appointed in January by Gov. Tony Evers, closed the review in April, saying the issue should be resolved by mutual agreement or in the courts.

Meteor then asked a court to overturn Cole’s order, which the company says violated department rules, and reinstate the wetland permit.

The company separately challenged the administrative law judge’s order, though both cases have since been combined in Monroe County Circuit Court.

As part of its permit application, Meteor proposed to restore and preserve more than 640 acres of other lands near the the 752-acre site, although the DNR determined those mitigation efforts were “not likely to fully compensate” for the lost wetlands.

Meteor is now asking the judge to allow introduction of new evidence that came to light since the five-day 2018 hearing before the administrative law judge.

One of the reasons Defort cited in his order was a lack of information on which to evaluate the environmental impact of the proposed mitigation plan. Witnesses for the DNR and Clean Wisconsin testified they didn’t know of any previously approved efforts to restore the type of white pine and red maple swamp that Meteor wants to fill.

But after the hearing, Meteor’s attorneys say, the company discovered that such a restoration was underway in the nearby town of Tomah.

Approved in 2016, the Kreyer Creek Mitigation Bank includes a roughly 15-acre section of swamp being re-established on what had been a farm field.

Meteor argues that fact is relevant to the record and to the credibility of the Clean Wisconsin and DNR witnesses and is asking the court to require a new administrative hearing where it can be added to the record.

“The significance of the additional evidence related to the Keyser Creek Mitigation Bank cannot be overstated,” the company’s attorneys wrote in a letter to Judge Todd Ziegler.

Both opponents and the state note that information on Keyser Creek was publicly available and even the subject of a report written by one of Meteor’s experts months before the hearing, but the company chose not to bring it up.

“This is likely because the Kreyer Creek information would not have helped save Meteor’s wetland fill permit,” wrote Attorney General Josh Kaul. “The problems the ALJ found with Meteor’s permit related to the insufficiency of Meteor’s own plans and information, not whether other mitigation projects elsewhere could be successful.”

Ziegler has scheduled a Jan. 23 hearing to rule on the question.

If Meteor’s motion is denied, the court case will proceed on the merits of the existing record.

The case has spanned multiple courts and two administrations as well as a boom and bust cycle for Wisconsin’s frac sand industry, which supplies silica used to extract oil and gas from deep rock formations.

Republican lawmakers twice passed legislation in the Assembly that would have allowed Meteor to proceed even while the appeal was pending. Both bills died when the Senate declined to take them up.

Meteor, a privately held company, wants to develop mines on some of the 49,000 acres of Wisconsin timber land it acquired in 2014. The processing plant and loading terminal would be sited just off Interstate 94 on the Union Pacific rail line.

Providing a direct route to the Permian basin of Texas and New Mexico, which accounts for roughly half of U.S. oil production, the Union Pacific was the site of nearly all Wisconsin frac industry expansion since a 2016 market slump.

But a glut of sand from new Texas mines that came online since late 2018 have caused prices to crater and led to the shuttering of some mines as some industry analysts predict Wisconsin producers will have to look to other markets — served by different rail lines — for future sales.

Asked whether the company still intends to develop the site in light of present market conditions, attorney John Behling said, “as the State’s largest landowner, Meteor Timber is heavily invested in Wisconsin and looks forward to creating jobs and opportunities in rural areas.”

After some light snow overnight, the area may not see any precipitation through next weekend, with temperatures cracking 40 by late in the week, according to forecasters. 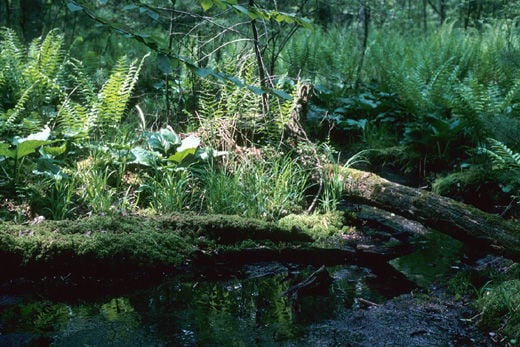 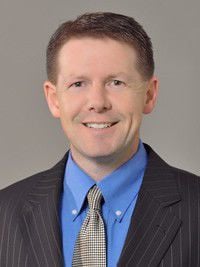