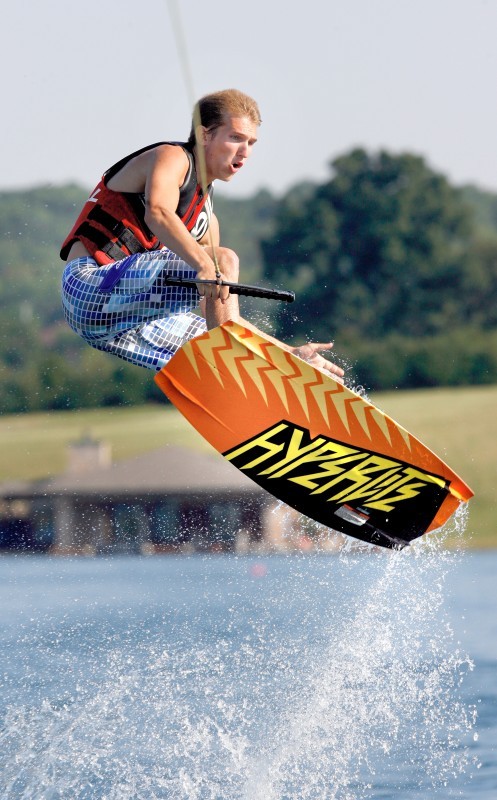 UW sophomore John Zdeblick finished a close second in the CBS College Sports Alt Games in May and is rapidly becoming a top contender in the collegiate wakeboarding world. 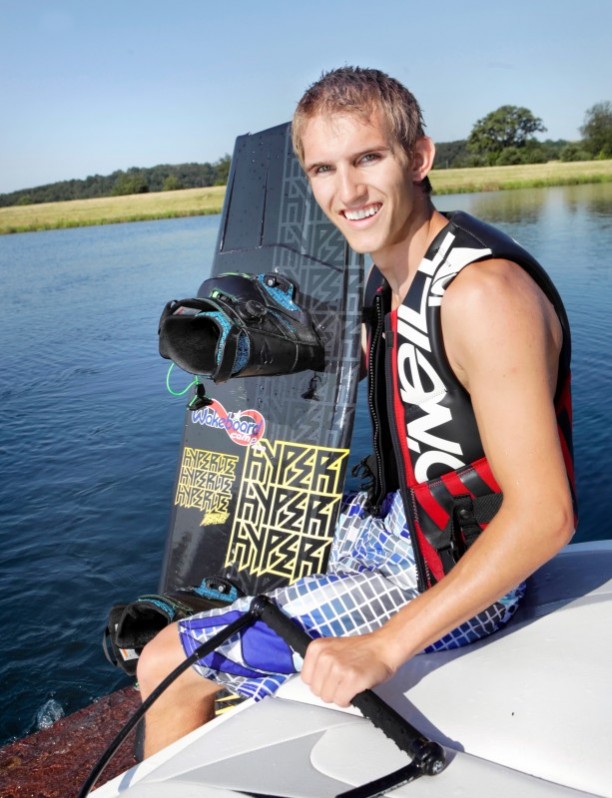 UW student John Zdeblick sits on a boat with his wakeboard Thursday on a private lake in Oregon. Zdeblick, a native of Middleton, is making a name for himself as a top competitor in collegiate wakeboarding.
ALICIA YAGER | 608-252-6136 |

UW-Madison sophomore John Zdeblick is making waves as a rising star in the world of competitive collegiate wakeboarding.

“It hooks you in because it’s so much fun,” said Zdeblick, a member of the UW Water Ski and Wakeboard Team.

Zdeblick finished a very close second at the Alt Games Collegiate Wakeboard Nationals — the college equivalent of the ESPN extreme sports event the X Games — hosted by CBS College Sports in May, said USA Wakeboard board member Dan Levine. This finish makes Zdeblick well on his way to being one of the top wakeboarders in the nation, Levine said.

“John is one of the fastest learners that I have seen in collegiate sports,” Levine said. “John’s got a great future: perfect age, perfect health, perfect talent.”

According to Levine, wakeboarding is like snowboarding on water. It’s one of numerous variations on waterskiing, which also include kneeboarding and slalom. In wakeboarding, the rider locks to the board with fitted boots and performs jumps and tricks while being pulled by a boat.

Zdeblick, 20, a native of Middleton, started wakeboarding eight years ago after being inspired by the water ski shows he watched while vacationing near Eagle River.

“I wasn’t allowed to try wakeboarding at first because (my parents) said I wasn’t old enough ... but then I picked it up and ran with it,” Zdeblick said.

In addition to wakeboarding, Zdeblick does barefoot water skiing and wakeskating, which is similar to wakeboarding except the feet are not bound to the board.

Zdeblick has wakeboarded on Madison’s four lakes, and said he also practices on many other rivers and lakes in the surrounding area.

“Each lake has its own personality,” Zdeblick said. “The ideal conditions are right after a storm; it’s windless, the sky is opening up, and there aren’t a ton of people on the water.”

Though he considers wakeboarding to be a relatively safe sport, Zdeblick broke his foot two years ago after landing a jump awkwardly. He was out for about six months and needed two surgeries.

A passion for wakeboarding

The wakeboard side of the UW Water Ski and Wakeboard Team is still in the early stages, Zdeblick said, so members have to seek out competitions in neighboring states in addition to the regional and national level competitions.

The team also is largely self-funded through membership fees and fundraising, he added.

Zdeblick, who is majoring in electrical engineering, said he is not sure yet if he will become a professional wakeboarder.

Pro wakeboarding is much like any pro sport, with corporate sponsors, circuit events and prize money, Levine said. Earnings vary with performance, he added.

Zdeblick added that whatever his decision, wakeboarding will continue to be a big part of his life even beyond college.

“It’s something I’ll always have a passion for,” Zdeblick said. “I love teaching people, I love wakeboarding. ... I just love the entire atmosphere.”

Engineering professor Akbar Sayeed left behind a "career-long string" of victims, according to a recently released report.

A Burlington city official cautions that a "tsunami" flood could occur if the Echo Lake dam fails as the city holds a community meeting to gauge sentiment from a divided public on spending $5 million to modernize the dam and lake.

UW sophomore John Zdeblick finished a close second in the CBS College Sports Alt Games in May and is rapidly becoming a top contender in the collegiate wakeboarding world.

UW student John Zdeblick sits on a boat with his wakeboard Thursday on a private lake in Oregon. Zdeblick, a native of Middleton, is making a name for himself as a top competitor in collegiate wakeboarding.
© Copyright 2021 Madison Media Partners Inc., madison.com , 1901 Fish Hatchery Rd Madison, WI | Terms of Use | Privacy Policy
Powered by BLOX Content Management System from TownNews.com.
You don't have any notifications.