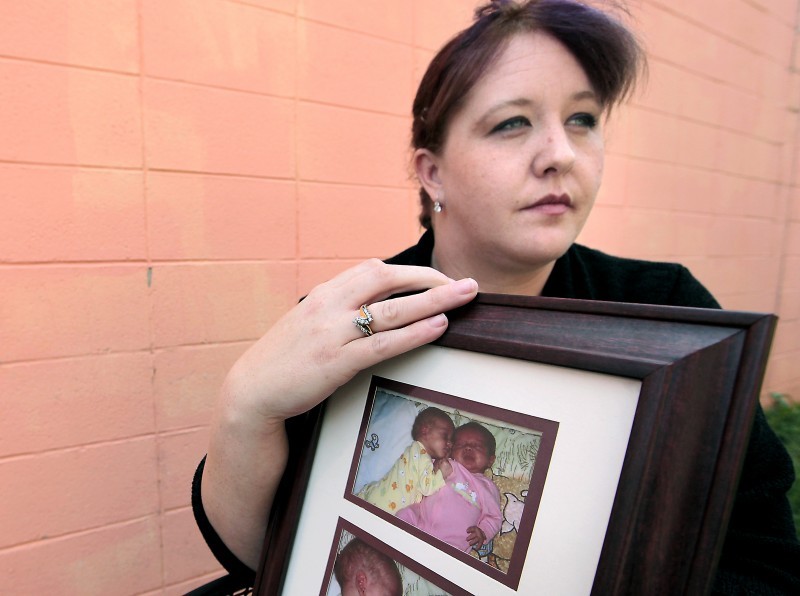 SSusan Bird-Winbun, whose former boyfriend was convicted in Sauk County of killing their infant twins three years ago, has formed a nonprofit, is writing a book and is speaking out about child abuse. She is pictured with the twins, Tyler and Savannah. 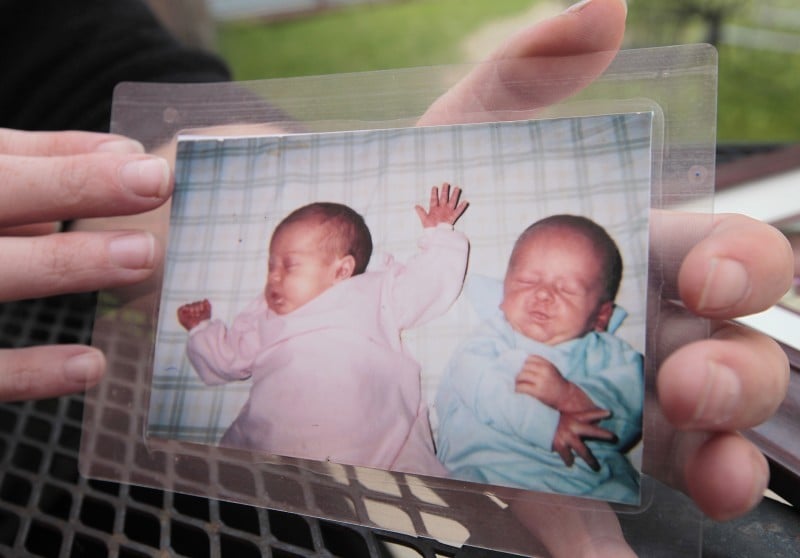 Susan Bird-Winburn holds a photograph of her infant twins, Tyler and Savannah Yates, who were killed by their father, her former boyfriend, three years ago. David Yates is now serving two life terms for the murders.
SAMARA KALK DERBY | | 608-252-6439

Three years after her ex-boyfriend killed her 5-week-old twins, Susan Bird-Winbun has become a full-time advocate for protecting children from abuse.

She recently started a nonprofit, Murder is Murder, which is lobbying for stiffer punishment against child abusers. She's also in the process of opening a domestic violence shelter in Sauk County.

Bird-Winbun, 31, who recently moved from Baraboo to Reedsburg, is speaking out about the abuse she suffered at the hands of David Yates, who in October was sentenced to two consecutive life sentences for the murders of their twin infants, Savannah and Tyler Yates. The babies were found beaten to death in their father's condominium in April 2008.

"One of the goals of me speaking out is to save people from living with the blame that I carry on myself," said Bird-Winbun, who also is writing a book about her experiences with domestic violence. "I am speaking so people know what to do before it turns into a situation - a tragedy - like it did with my children."

Bird-Winbun said she had to be silent until Yates' trial was over.

David Yates, 18 years her senior, was her boss when the two worked for a resort company in Wisconsin Dells. He had been her boyfriend for 3 1/2 years, and she said he was good with her three children from a previous marriage.

The couple had been dating for six months when the verbal abuse started, Bird-Winbun said. Soon he was grabbing her and throwing things at her, she said.

"Over time it began to escalate," Bird-Winbun said. "That's one of the biggest myths about domestic violence, that it begins as full-fledged violence. He didn't knock me unconscious or break my nose the first time he hit me."

By the time she recognized what was happening to her as domestic violence, she said, it was so overwhelming she didn't know what to do. She finally had what she describes as "an awakening" and left him one week after the birth of their twins. They were murdered one month later.

Interestingly, before that, Yates never acted out against any of her children. He yelled at her older son once, but wouldn't even put the kids in a "time out" without checking with her first, she said.

At the time she figured that if her older children were safe with him, it followed that his own infant children would be safe, too.

She knows now that someone who is violent with one person will be violent with others. "Chances are high they don't discriminate against who they are violent against," Bird-Winbun said.

Child abuse is a hidden epidemic, according to Childhelp, a national nonprofit dedicated to helping victims of child abuse and neglect.

Almost five children die every day as a result of child abuse, most of them under the age of 4, the group reports. More than 3 million reports of child abuse are made every year in the United States, but each report can include multiple children.

Hanna Roth, co-founder of the Rainbird Foundation, a Madison nonprofit that works to end child abuse, has her own history of abuse. Her father was a teacher and a convicted pedophile. She said she doesn't know how many children he hurt, and he went to prison for his crimes against them. But he never served time for the abuse he committed against Roth and her siblings.

"The fastest way to end child abuse is to take it out of the closet and talk about it," Roth said.

It's important that children know that violence is never OK, whether it's against an adult or a child, Bird-Winbun said. "This is something you can talk about with your family at the dinner table or in the car on the way to soccer practice."

In school, children are taught about safe sex and not doing drugs, she said, "But I don't remember one single instance when it was discussed what to do if your boyfriend hits you or how to help a friend who's been abused."

The Dane County Medical Examiner's Office was sent to the scene of the investigation.

Derrick Van Orden, a Republican candidate for Congress who lost a close election to Rep. Ron Kind (D-La Crosse) to represent the 3rd Congressional District, said Tuesday he learned of the lawsuit on social media and he was not involved in the litigation.

Birders have been flocking to Turville Point Conservation Park for a glimpse of a bird rare to Wisconsin that's been hanging around far out of its normal range and creating a lot of excitement in birding circles.

Police responded to Wright Middle School shortly after midnight Saturday where they reportedly found a pants-less man under the influence of synthetic marijuana.

SSusan Bird-Winbun, whose former boyfriend was convicted in Sauk County of killing their infant twins three years ago, has formed a nonprofit, is writing a book and is speaking out about child abuse. She is pictured with the twins, Tyler and Savannah.

Susan Bird-Winburn holds a photograph of her infant twins, Tyler and Savannah Yates, who were killed by their father, her former boyfriend, three years ago. David Yates is now serving two life terms for the murders.
© Copyright 2020 Capital Newspapers Inc., madison.com , 1901 Fish Hatchery Rd Madison, WI | Terms of Use | Privacy Policy
Powered by BLOX Content Management System from TownNews.com.
You don't have any notifications.