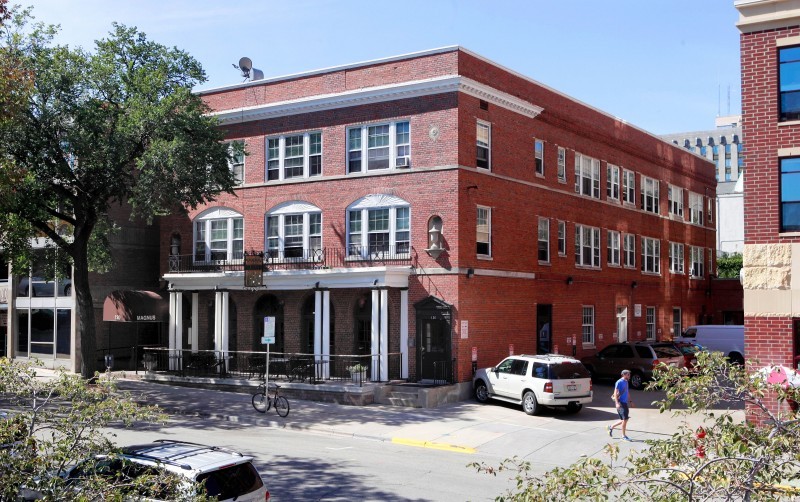 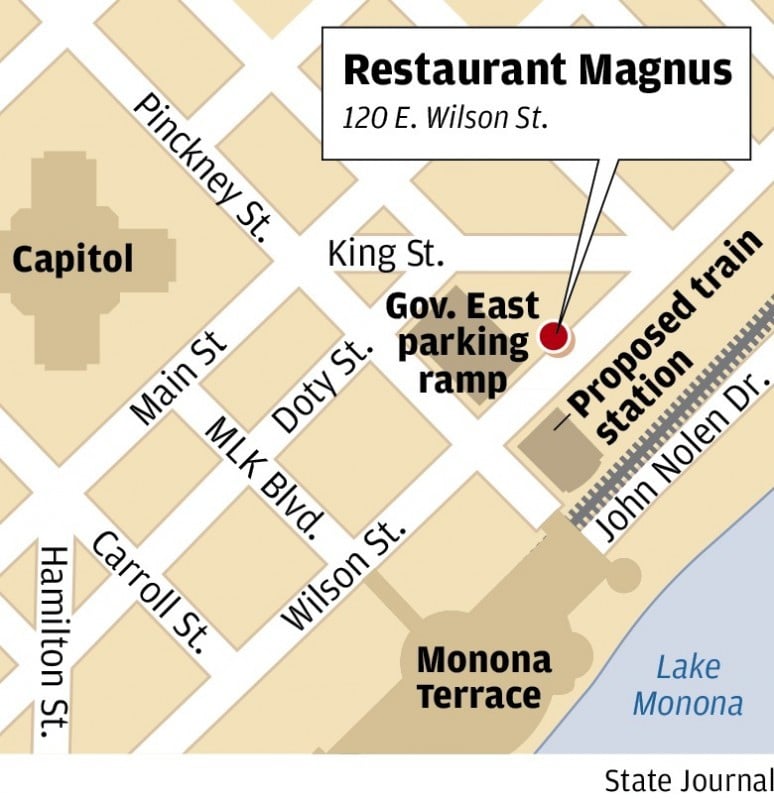 Candlelit live jazz over $32 venison is out and cycling-friendly $10 lunch plates will soon be in, says Madison restaurateur Chris Berge, who plans to close Restaurant Magnus and reopen it as an urban, bike-themed restaurant.

Berge, who recently proposed building a restaurant along the Southwest Path that would be inaccessible by automobile, said he plans to open Velo Bahn in March just off the Capitol Square on East Wilson Street, where Magnus has been located since 1998 and will close Jan. 2.

The change is in reaction to a declining market for fine dining and the anticipated arrival of rail passengers from Milwaukee across the street in 2013, Berge said.

The recession has hit Magnus hard, Berge said. The restaurant has served about 700 customers a week recently and needs 1,200 to stay afloat. The restaurant's large size hasn't helped.

Plus, the city plans to demolish the Government East parking ramp next door and build a public market and underground parking ramp over the next three years.

"(I'm) anticipating being in the middle of a construction site. I can't get a car-bound base of people to my restaurant in big enough numbers to pay all the bills," Berge said.

So Berge, an avid cyclist who once rode from Dane County to Costa Rica, is hoping to start what he calls "the bike restaurant movement" in Madison. Velo Bahn, "the bicycle highway," a Flemish and German play off the German autobahn, will include space inside for bicycle parking, live music showcasing everything from bluegrass to electronica, a dance floor and a game room featuring virtual reality cycling.

Berge, also co-owner of nearby Natt Spil and the Weary Traveler on Williamson Street and co-founder of the Blue Marlin and Barriques, said the new restaurant will be styled like a Belgian rathskeller only "much more edgy and arty."

"This will be more a reflection of what Madison is," Berge said. "It will have that weird edginess."

He expects to offer international comfort food such as Czech goulash, Turkish chorba and Dr Pepper pulled pork sandwiches at $7 to $14 a plate, compared with $25 to $30 entrees now. And unlike Magnus, the restaurant will open for lunch to attract train passengers.

Reacting to Berge's concept for Velo Bahn, Miller said Berge and his three brothers, who launched the Blue Marlin together in 1990, don't open an unsuccessful restaurant.

"It's an original concept and a fun concept," but also trendy, Miller said. "Some people like it and some will say, ‘We'll see.' "

On Nov. 3, the day after Republican Scott Walker was elected governor, local restaurateur Chris Berge tore up an unsigned, 10-year lease for a restaurant he felt would no longer be financially viable to open.

Proposed bike path restaurant would be inaccessible by automobile

Madison restaurateur Chris Berge plans to build a bike-path-bound cafe on the city's Near West Side that would be inaccessible by car, serve local food, produce zero garbage and cater to the city's burgeoning bicycle population.