RHINELANDER—With about an hour before takeoff, the ratio of passenger to Transportation Security Administration screener was about one to one.

Ultimately, about 20 people from northeastern Wisconsin and the Upper Peninsula of Michigan arrived on a Thursday morning at the Rhinelander-Oneida County Airport to board a 50-seat, CRJ200 Bombadier, pushing the ratio to one TSA agent for every four passengers.

Teresa Hartlep, 59, of Minocqua, was headed to Washington, D.C., to see her son. Woody Ahlborn, 51, of Eagle River, was starting a business trip to China, and Don Helgeson, 49, of Rhinelander was flying to Dallas.

The trio are all Republicans, but their quaint and convenient airport in northeastern Wisconsin that provides two flights a day by SkyWest Airlines to Delta connector flights in Minneapolis is in the crosshairs of President Donald Trump.

Rhinelander-Oneida is part of the Essential Air Service program that since 1978 has provided federal funding from user fees for commercial air service at small airports around the country. Subsidies are just over $2 million a year at Rhinelander-Oneida, while commercial air service out of Eau Claire, the only other state airport in the program, receives just over $1.5 million a year in subsidies.

Trump wants to scrap the program. So far, it’s only a proposal and does not have the backing of Sean Duffy, the GOP congressman from Wausau who represents the northern third of Wisconsin, much of it rural, wooded and filled with Trump supporters. But if the program is terminated, it would mean longer drives to airports in Mosinee, Appleton and Green Bay and could have a negative effect on tourism and business development, said Roger Luce, executive director of the Oneida County Economic Development Corporation.

Luce has a windowless office in the basement of the airport’s terminal building and credits commercial air service for hoards of tourists in the summer, snowbirds traveling in the spring and fall and snow enthusiasts arriving in colder months. It also helped convince executives with Printpack to construct a $300 million facility in Rhinelander to print candy wrappers and Expera Specialty Solutions to lease the old Printpack facility to make backing paper on which carbon fiber used in the aerospace industry is cast.

An airport has been a part of the community since 1926, when Eddie Bruso flew a World War I-era Curtiss Jenny biplane from farmland that required takeoffs over the city’s dump. The airport moved to county land in 1941 and in 1946 became a joint operation between the city and the county. Regular daily commercial service began in 1948 by Clintonville-based Wisconsin Central Airlines with 11-seat Lockheed 10A aircraft. By 1951, the airline, which later became North Central and then Republic, was using DC-3s.

Other airline companies that have provided service out of Rhinelander-Oneida over the years have included Midstate, Simmons, Air Wisconsin, United Express, Midwest Connect and Northwest Airlink.

In 2011, Frontier Airlines operated two daily flights to Milwaukee, and Delta had three flights to Minneapolis, but Delta terminated its service in September of that year. By spring 2012, Frontier, in the midst of downsizing, only had four flights out of Milwaukee. That reduced the passenger count at Rhinelander-Oneida to 11,712 in 2012 compared to 27,196 in 2011, said Joe Brauer, airport director since 1990. That led Frontier to apply for the EAS subsidy, but the airline left the market in 2013. It was replaced with SkyWest, which provides two flights a day to Minneapolis, at 7 a.m. and 3:46 p.m.

“We’re hoping that at some point in time we do get off of subsidy,” said Brauer. “If there wasn’t a pilot shortage out there, we’d be talking to SkyWest Airlines and asking them to look at putting a third flight in the summer months.”

In 2016, there were 21,293 passengers who took off from Rhinelander-Oneida. Brauer voted for Trump and spent part of his career at airports in Appleton, Sheboygan and Marshfield, which all had commercial air service in the 1960s and 1970s. Now only eight airports offer commercial service in the state. The Upper Penninsula has six commercial airports, five of which receive EAS subsidies, including the border communities of Iron Mountain and Ironwood.

Brauer estimates the airport has an economic impact in the area of more than $30 million a year and believes if subsidies did end, an airline might attempt to continue service because of the airport’s location and traffic counts.

“But if we did lose service and Eau Claire lost service you’d have no air service in northern Wisconsin north of Highway 29,” Brauer said. “That’s the same people that voted for Trump.”

For travelers like Ahlborn, who is a wholesale distributor of chainsaws and safety equipment, the airport is a hub that provides access to the world. He uses the airport at least twice a month and said the 10 p.m. flight out of Minneapolis that gets into Rhinelander around 11 p.m. allows many to get home at a reasonable hour. If the EAS is eliminated he worries not only about business travelers but tourists who flock to the region in the summer. But he’s also not afraid of sacrifice.

“Trump is in a tough situation. We’ve got to somehow get this budget under control,” Ahlborn said. “We all have to be participants in helping out. But this is a hub in northern Wisconsin. It means a lot to the economy and the people of the Northwoods.”

Helgeson, who was headed to Dallas, said he tries to use the airport as much as he can but occasionally drives to Mosinee for air travel. He doesn’t think Trump will kill the EAS.

“We’ll have to see if it really happens or not. I don’t believe everything the news says,” Helgeson said. “It’s too busy of an airport and it’s good for the community.”

The terminal, built in 1979, is bare bones but functional and economical.

There is no gift shop. Ear plugs are purchased from an old gumball machine sandwiched between a newspaper box, filled with the Northwoods River News, which can be had for three quarters, and a wire rack filled with free copies of the Hodag Buyers Guide. Without a restaurant, the only place for food and something to drink is a line of three vending machines. One is stocked with Pepsi and Coca-Cola products, another is filled with small bags of Bugles, Ritz Bits, Snyder’s Pretzels and candy such as Skittles, Twix and Butterfingers. The third offers $1 cups of coffee.

A bust of John Heisman, the football great who vacationed here and is now buried in Rhinelander, looks over the terminal’s interior. Long-term parking is $6 a day. Those who use short-term parking plug a meter for 25 cents an hour.

Don and Leslie Powell drove 62 miles from their home in Iron River, Michigan, to fly out of Rhinelander-Oneida for a trip to Portland, Oregon. They use the airport two to three times a year, because it can be cheaper than flying out of Iron Mountain, which is also 20 miles closer to their home than Rhinelander-Oneida.

“It would be horrible,” said Powell. “We are already isolated and in the middle of nowhere. When we travel places and talk to people and tell them what we have to go through (to travel by air) they can’t believe it. Yet if you eliminated this airport, it would be even worse.”

“But if we did lose service and Eau Claire lost service you’d have no air service in northern Wisconsin north of Highway 29. That’s the same people that voted for Trump.” Joe Brauer, Airport director since 1990

The increased food offerings at the Dane County Regional Airport have been noticed by not only passengers but the industry.

The morel is highly coveted but only available for a brief time each spring. 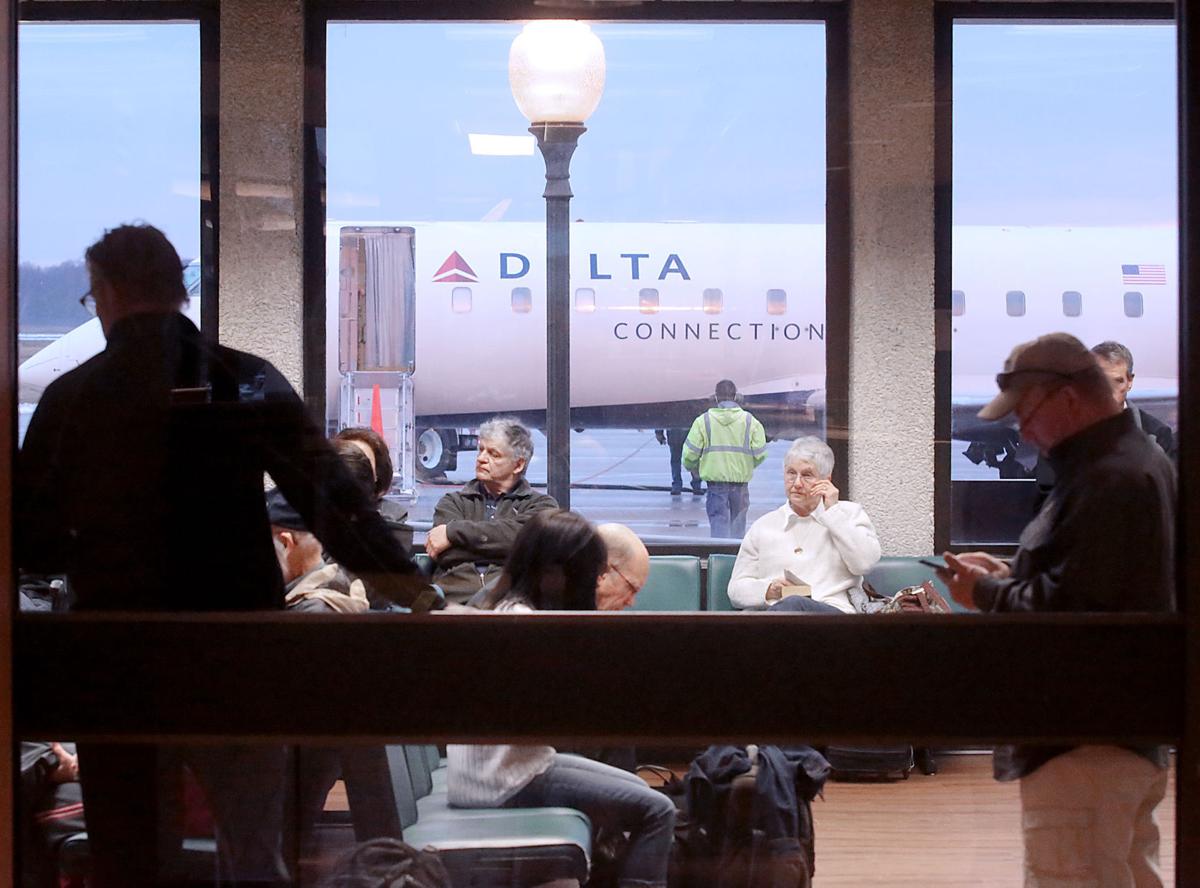 Passengers wait to board their 7 a.m. flight to Minneapolis in the terminal of the Rhinelander-Oneida County Airport in Rhinelander. The airport has two departures a day and has offered commercial since 1948. It has received federal funding for commercial service since 2013 but the funding is in question after President Donald Trump has proposed ending the Essential Air Service program. 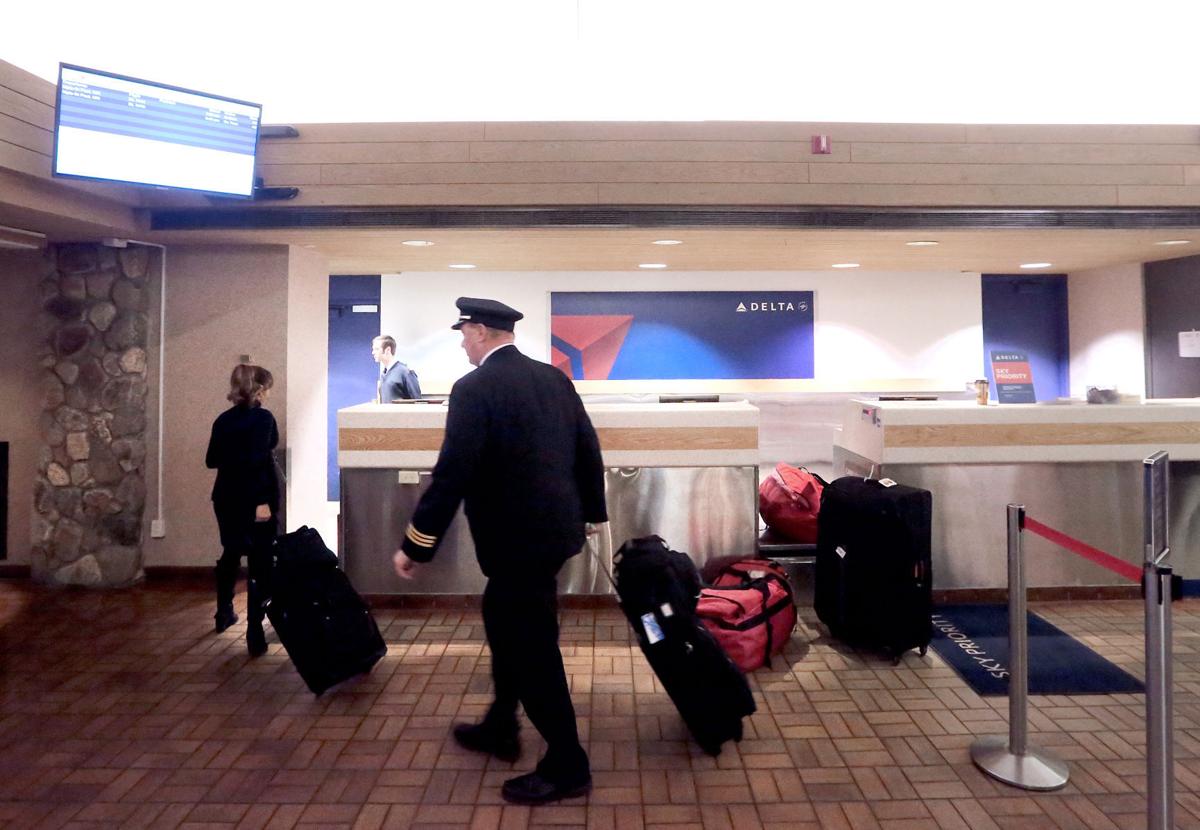 Flight crew members arrive for a morning flight to Minneapolis at the Rhinelander-Oneida County Airport in Rhinelander. On this day, about 20 passengers made the trip aboard a 50-passenger jet. 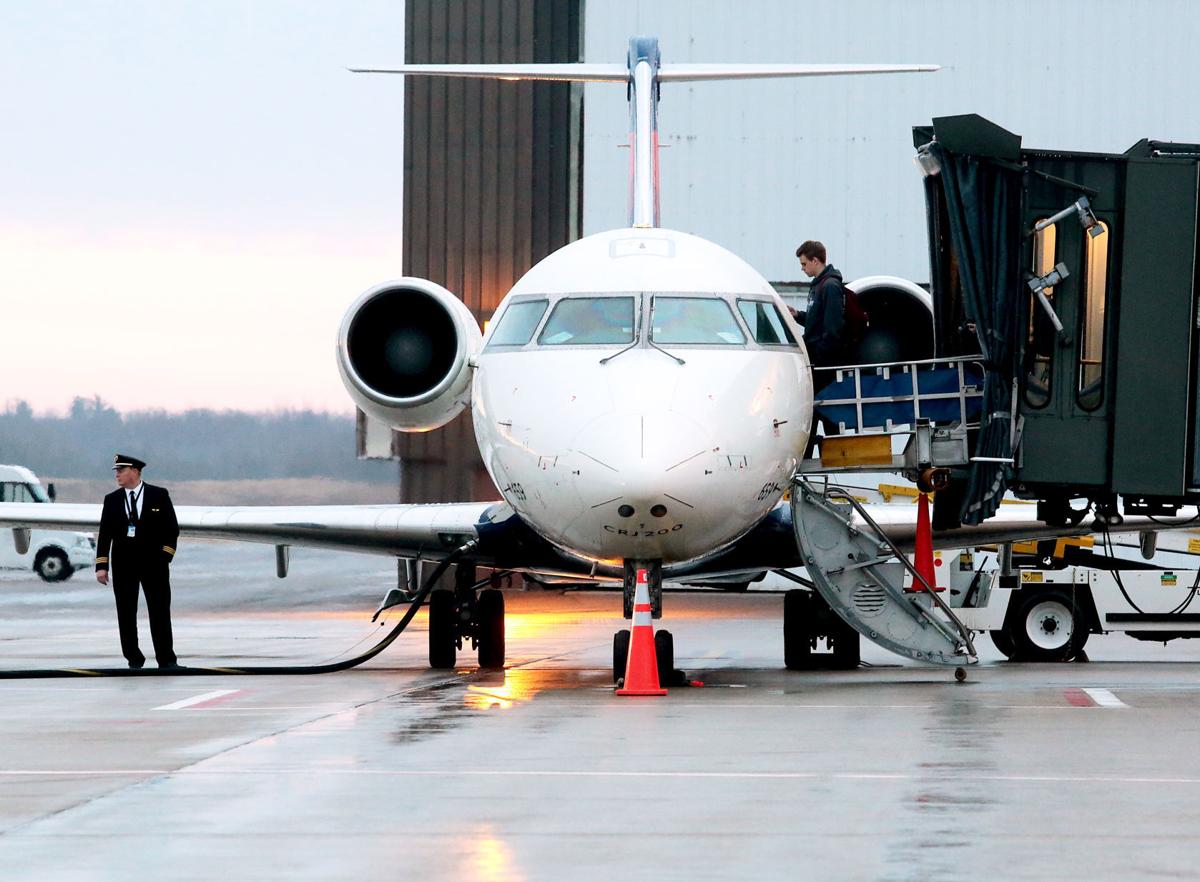 A passenger boards a morning flight to Minneapolis at the Rhinelander-Oneida County Airport in Rhinelander. 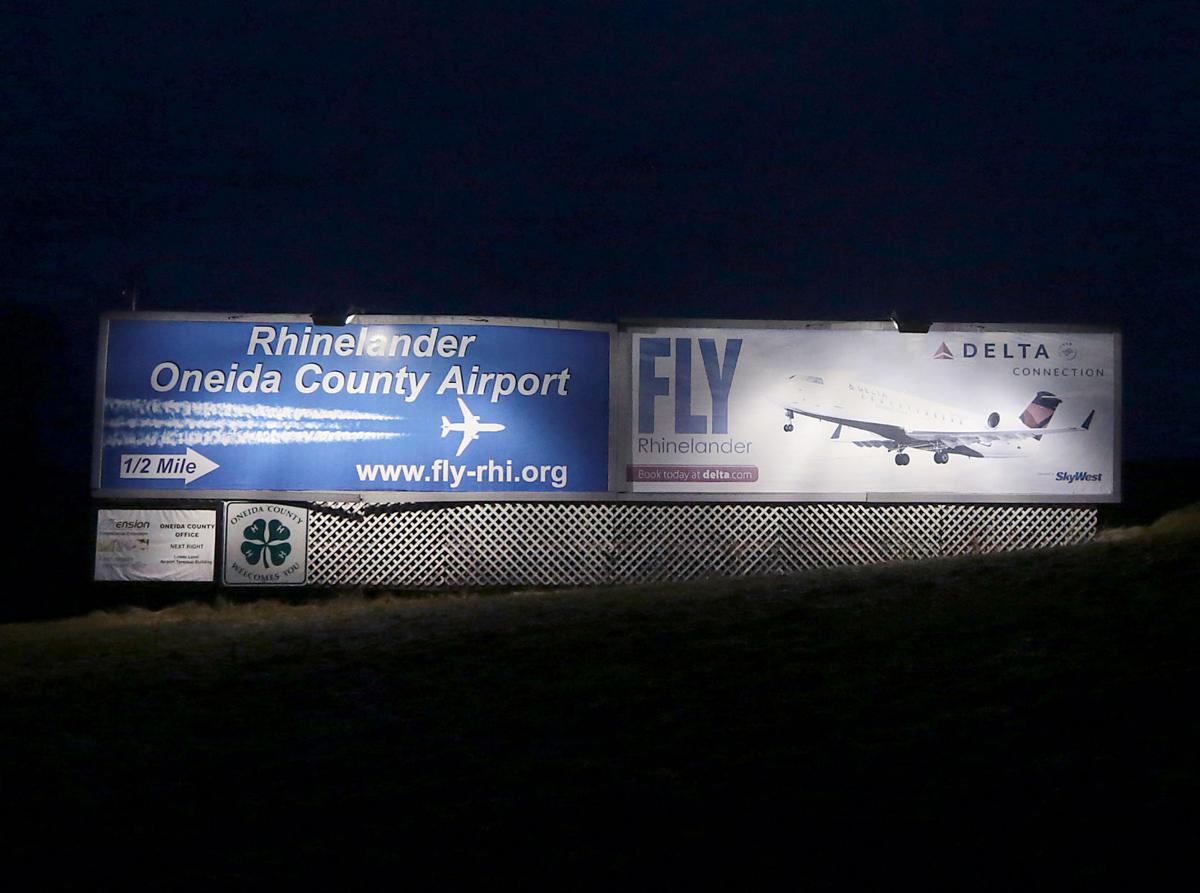 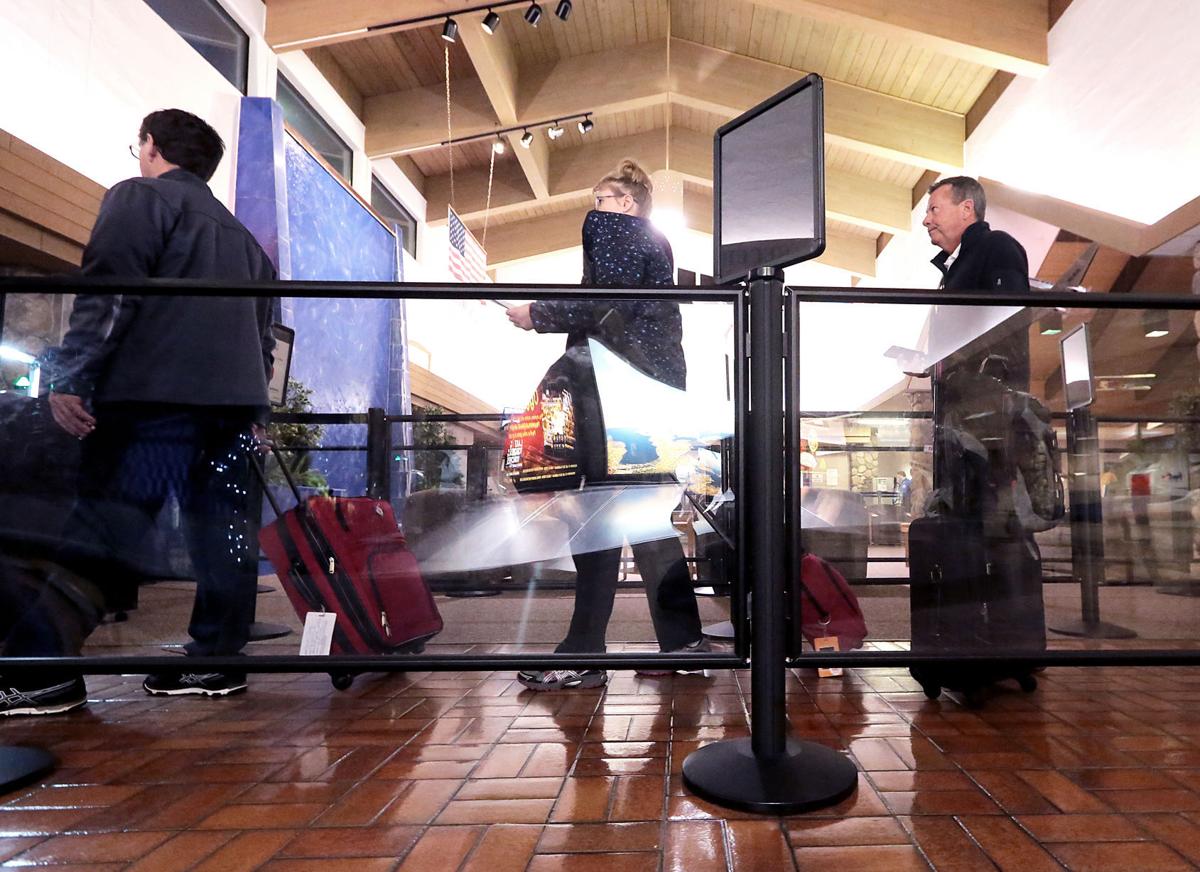 Passengers prepare to board their morning flight to Minneapolis at the terminal of the Rhinelander-Oneida County Airport in Rhinelander. The airport has been providing commercial service since 1948. 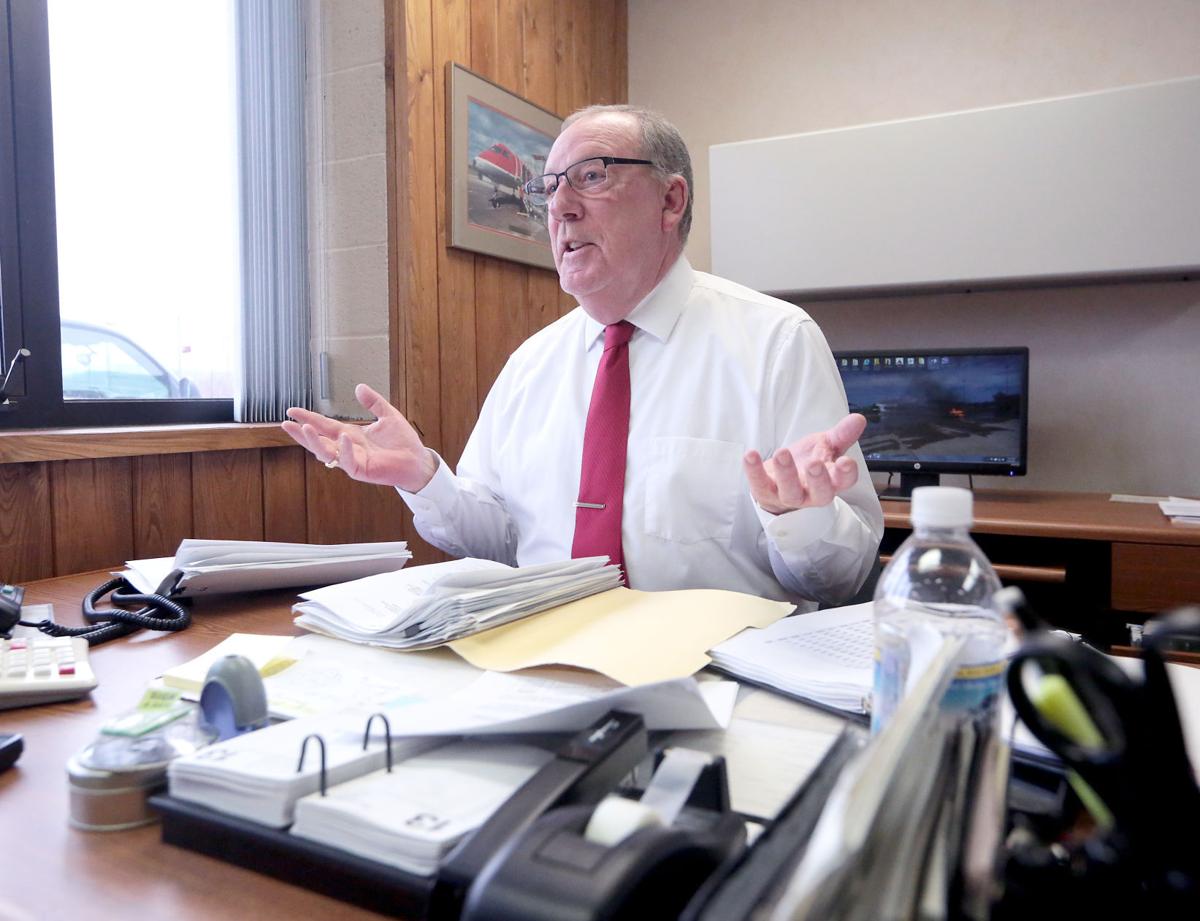 Joseph Brauer, director of the Rhinelander-Oneida County Airport since 1990, is hoping that President Donald Trump’s proposal to end subsidies for commercial passenger service at small airports is rejected by Congress. Brauer, who voted for Trump, said if the cuts were to happen, there is a chance an air carrier would continue service to northeastern Wisconsin. 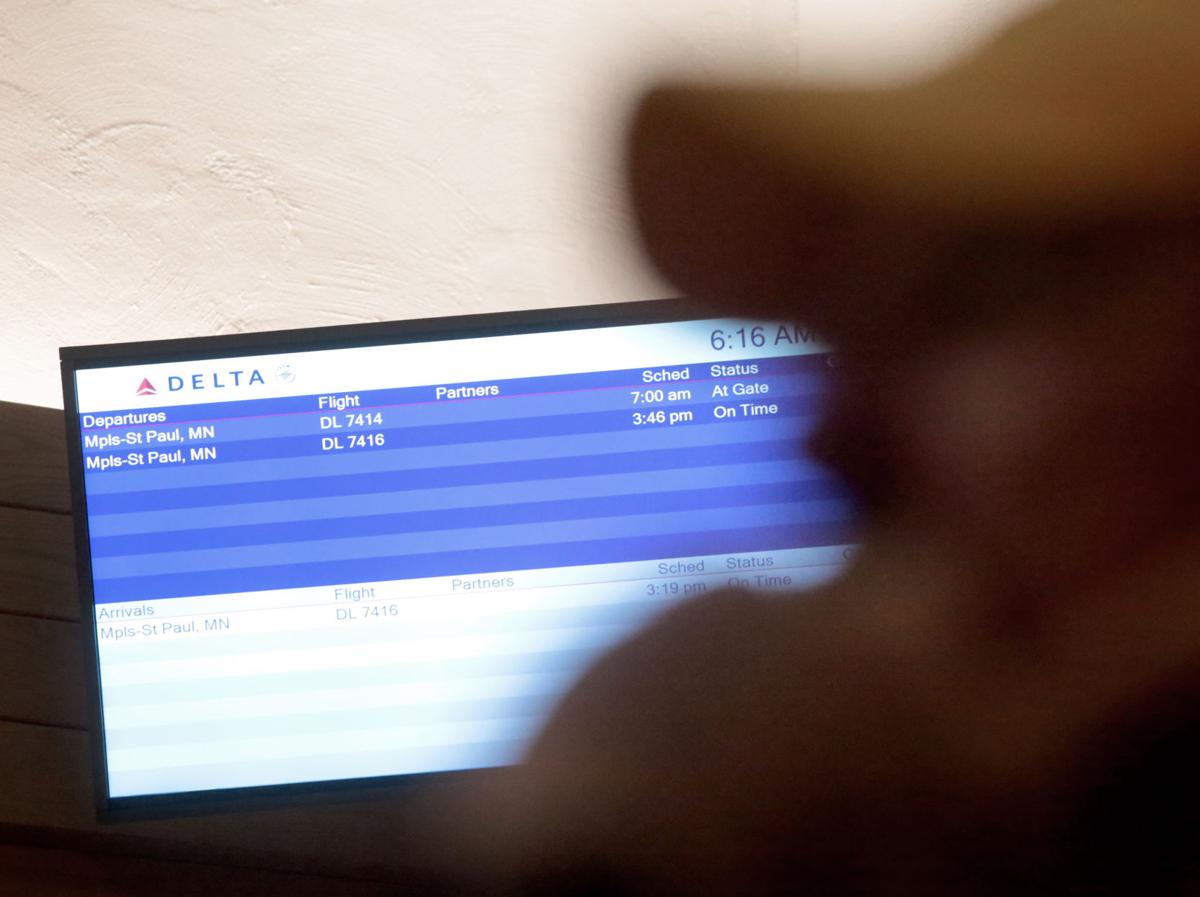 There is always plenty of room on the monitor in the terminal at Rhinelander-Oneida County Airport. Only two commercial passenger jets arrive a day.