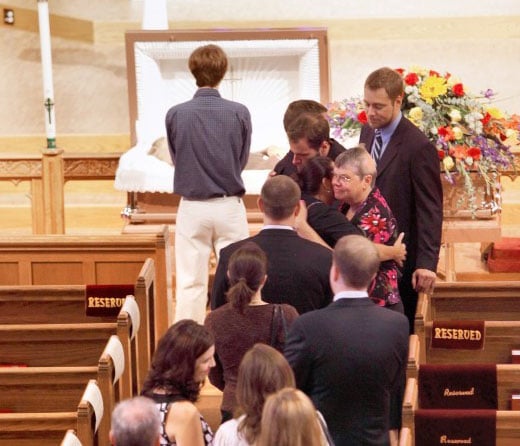 Mourners stretched the length of Bethel Lutheran Church on Tuesday to pay respects to the family of Rod Nilsestuen. 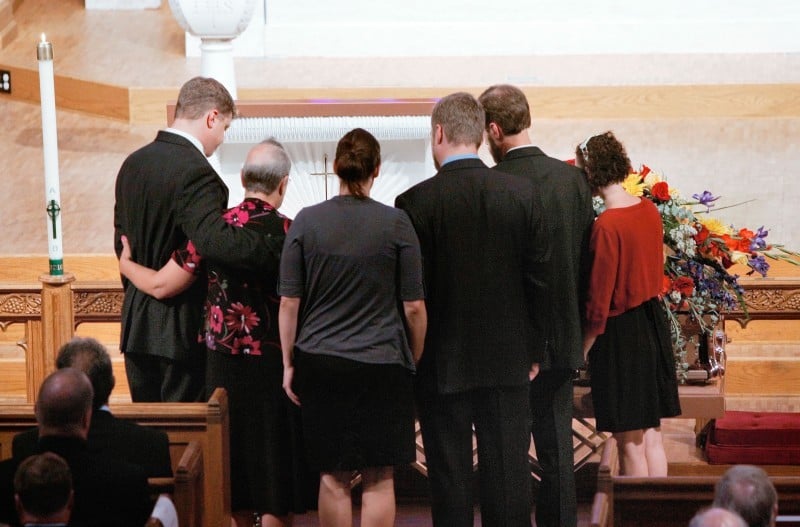 The family of Rod Nilsestuen gathers at his casket during his memorial service Tuesday at Bethel Lutheran Church. 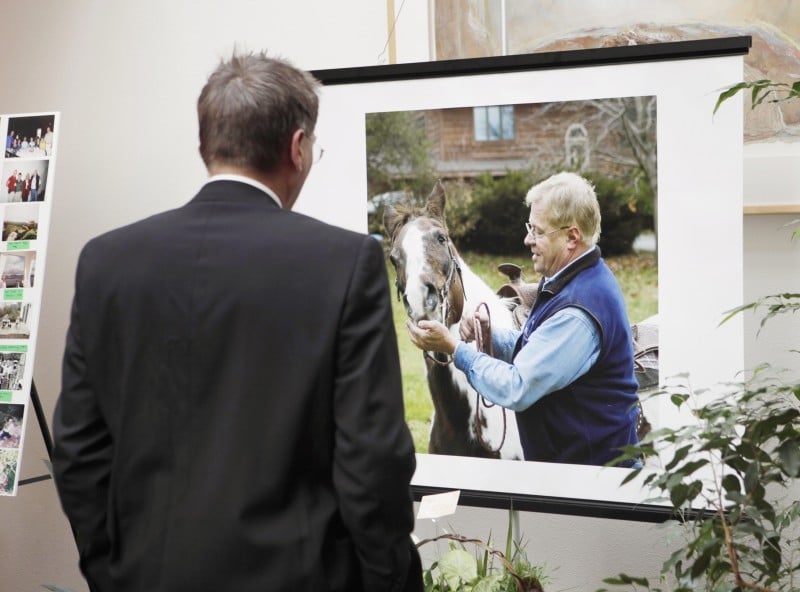 Besides his legacy as an agricultural visionary, state agriculture secretary Rod Nilsestuen was remembered Tuesday afternoon as an affable, compassionate, self-deprecating, intelligent, humble and open-minded man.

Nilsestuen, who drowned in Lake Superior on July 21, was also remembered as a trickster with a peculiar sense of humor, who laid out his thoughts illegibly on countless yellow legal pads and was sometimes fashion-challenged.

Nilsestuen's former and current pastors paid tribute to him along with Gov. Jim Doyle, friends, colleagues and family.

"I realize it's a dangerous combination when you bring preachers and politicians together. We will get you home by dinner," said Pastor Bud Buchheim of Norway Grove Memorial Lutheran Church, Nilsestuen's DeForest church, who officiated at Nilsestuen's two-hour memorial service at Bethel Lutheran Church in Downtown Madison on Tuesday.

The public memorial came a day after a smaller service at Norway Grove. The burial is Friday near Arcadia, north of La Crosse, where Nilsestuen was raised on a dairy farm on land his great-grandparents homesteaded in 1866.

Nilsestuen, 62, drowned last Wednesday after spending the day volunteering with a church group building a Habitat for Humanity home in Marquette, Mich.

"Rod loved the land," said friend and colleague Tom Lyon, who worked with Nilsestuen in Nilsestuen's former capacity as president and CEO of the Wisconsin Federation of Cooperatives. "He was a conservationist who understood it is the land that, when appropriately managed, can provide great economic (benefit), and when destroyed cannot be restored."

He understood that the land is the base that provides opportunity for large and small, traditional and nontraditional farmers, Lyon said. "He detested discrimination and hypocrisy."

Nilsestuen is survived by his wife, Carol, and sons Ryan, Joel and Mark.

Ryan, the youngest son, joked about the volume of forwarded e-mails he received from his father, like one about Pakistani dairy policy he received at 3 a.m. "Dad sent us those e-mails because he was thinking about us and wanted to share a part of his life that we wouldn't see otherwise."

Doyle spoke of Nilsestuen's achievements as ag secretary and how he took the job in 2003 even though he could have made more money in the private sector. "Rod had a big, big vision and he had a very clear vision. He was not someone lost out in the clouds," Doyle said.

"We all loved Rod," Doyle said. "He was truly my favorite Scandinavian."

Romanski is appointed to replace Nilsestuen as state DATCP secretary

Governor Jim Doyle is appointing Randy Romanski as Secretary of the Department of Agriculture, Trade and Consumer Protection, according to a statement released Monday from his office.

News of Rod Nilsestuen’s death by drowning this week was devastating to those of us who knew him. He was a remarkable man.

Nilsestuen is remembered as helping to transform state's ag industries

Rod Nilsestuen, the state's DATCP secretary who drowned Wednesday while swimming in Lake Superior, is credited with helping to strengthen a range of agricultural industries and initiatives in Wisconsin.

Rod Nilsestuen, who has led the state Department of Agriculture, Trade and Consumer Protection as its secretary since 2003, drowned Wednesday evening while swimming in Lake Superior off Michigan’s Upper Peninsula.

Mourners stretched the length of Bethel Lutheran Church on Tuesday to pay respects to the family of Rod Nilsestuen.

The family of Rod Nilsestuen gathers at his casket during his memorial service Tuesday at Bethel Lutheran Church.