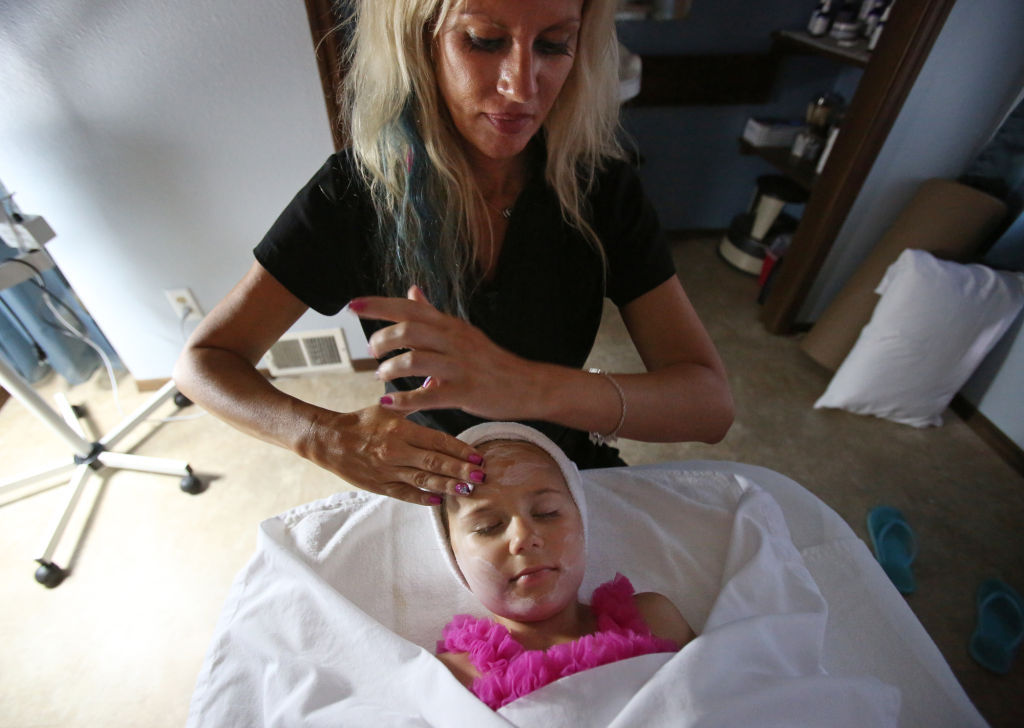 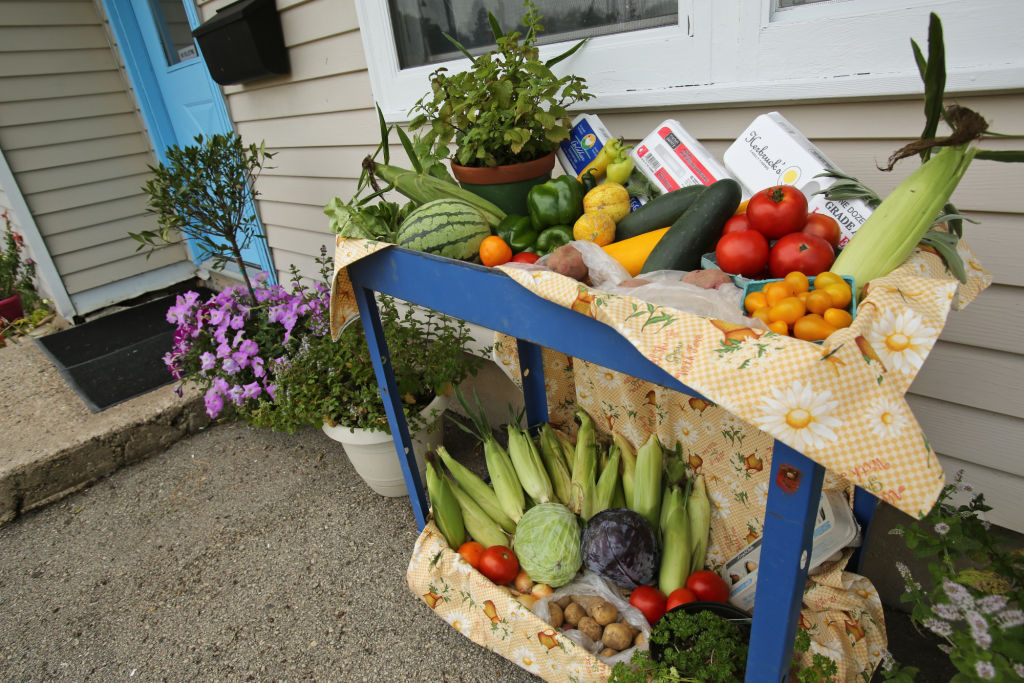 A cart full of fresh produce is on display outside Blue October Healthy Living Boutique. 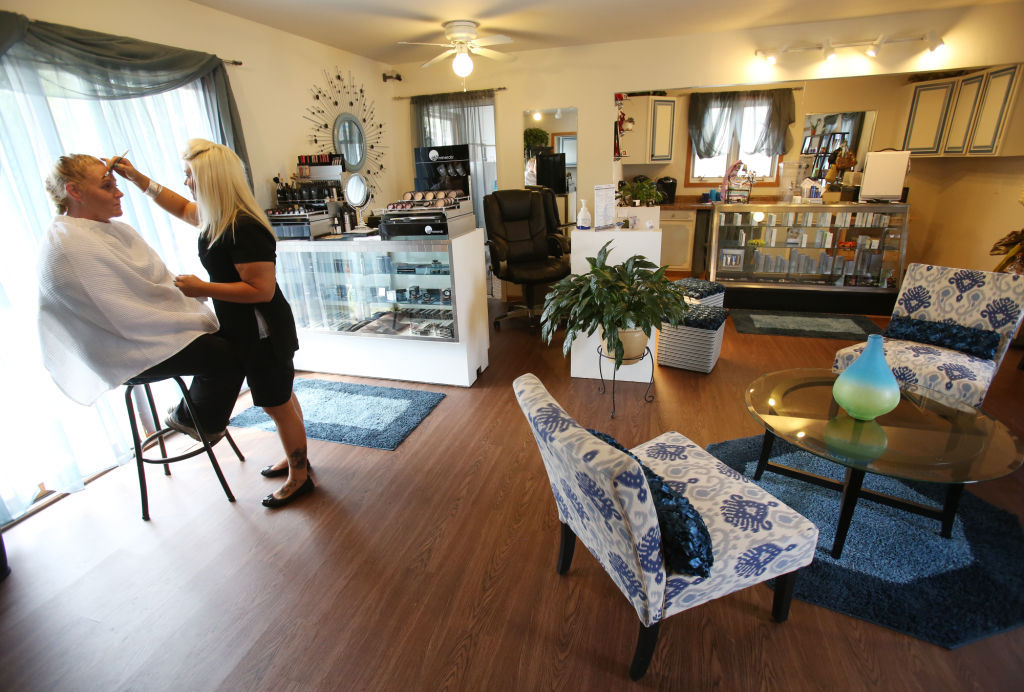 But Middleton organic farmer Jamie Spahn says she has a vision for the newly opened medical spa.

“My vision is Blue October customers coming in for treatments and enjoying herbs and veggie-infused drinks along with healthy smoothies made with produce from our chemical-free farm,” said Spahn, who owns Hillsong Ridge Farm in Middleton. “I would also like to see them become part of our egg share and CSA programs in the near future, too.”

“We are a medical spa and healthy living boutique,” Goette said. “We are combining healthy skin with healthy eating, creating beauty and wellness from the inside out.”

Blue October, which is also the name of a Houston-based alternative rock band, was a name Hendrickson had considered for many years, Goette said.

“It’s unique, unisex and allows us to change and add as we grow,” Goette said.

Spahn said Blue October will be able to provide a wide range of healthy options for customers by teaching them to take care of their bodies inside and out.

“The healthy produce and herbs that Blue October offers is an additional way for clients to take care of themselves, and Sue will help them learn why they need it, which specific veggie will help them and how to get nutrition into their systems in different ways by offering the fresh produce/recipes and waters and teas infused with healing herbs.”

Because Blue October has licensed aestheticians and a medical director — Dr. Daniel Trotter, a family practitioner in Baraboo — the spa can carry pharmaceutical-grade skin care products and perform medical-grade treatments, though procedures like mole removal are not available.

“The botox event that we just held — the doctor is the one that came and provided that treatment,” Goette said. “As an aesthetician without an additional nursing degree, we cannot do injections.”

Medical spas are not unusual these days — consumer demand has created pressure for this kind of skin care, experts say, but not without controversy. Supporters say aestheticians can help meet patients’ expectations while allowing dermatologists to focus on the medical needs of patients, according to an article in Clinics in Dermatology last year by Karren Slade and Jane M. Grant-Kels. But “opponents believe employment of fee-for-service aesthetic technicians compromises our ethical duties to our patients and diminishes the stature of dermatology as a profession,” they wrote.

And at least one of the services offered — ear candling — is frowned upon by the likes of the Mayo Clinic and WebMD. Goette said that treatment, offered by the business to remove ear wax and bacteria, and many others are considered holistic.

“In the ‘medical industry,’ holistic practices are considered nonsense,” she said.

Critics list the negatives but not the positives, she said.

“Some medical environments feel chiropractors should not be regarded, or that vitamins and herbs cannot cure what ails you either,” she said. “Meditation? Bah humbug. Prescription for drugs and surgery is the ‘medical way.’ As with anything, there is a place and time and belief. Some people prefer more natural ways of treating things.”

McDonald said a medical aesthetician may offer help without a lot of risk, but improvements may be less dramatic than surgical procedures.

“Compared to a surgical procedure done by a plastic surgeon, (aestheticians’ procedures) are generally less costly, less invasive, and less risky,” he said. “They are also less effective.”

McDonald said there is a buyer-beware side to it. Consumers can reduce risk by looking for a medical spa that is monitored by a medical doctor, and specifically a cosmetic surgeon, he said. “A tie-in with a cosmetic surgeon would give me more confidence,” he said.

Aestheticians need both training and a state license to practice in Wisconsin.

Three Georgia brothers age 5 and under diagnosed with same cancer

Angie Rush lost her left eye to retinoblastoma when she was 6 weeks old. Now all three of her young sons have been diagnosed with this form of cancer.

Curious Kids: Why do we make saliva?

Everyone produces different amounts of saliva, depending on how healthy you are and how much water you drink.

Signs you're in a codependent relationship

At first glance, codependency sounds like a situation with equal gains for both parties. In reality, despite that friendly little "co," these types of relationships are anything but fair.

My wife, Penelope, and I love going to cultural events — theater, concerts, art museums. If there’s an event in town, we’re on it.

Better Than Other Plans Or Better Than Nothing? Trump’s Claim About ‘Affordable’ Options

Caveat emptor. Some of these health insurance plans might prove helpful for some people, but making that determination is not easy.

A cart full of fresh produce is on display outside Blue October Healthy Living Boutique.