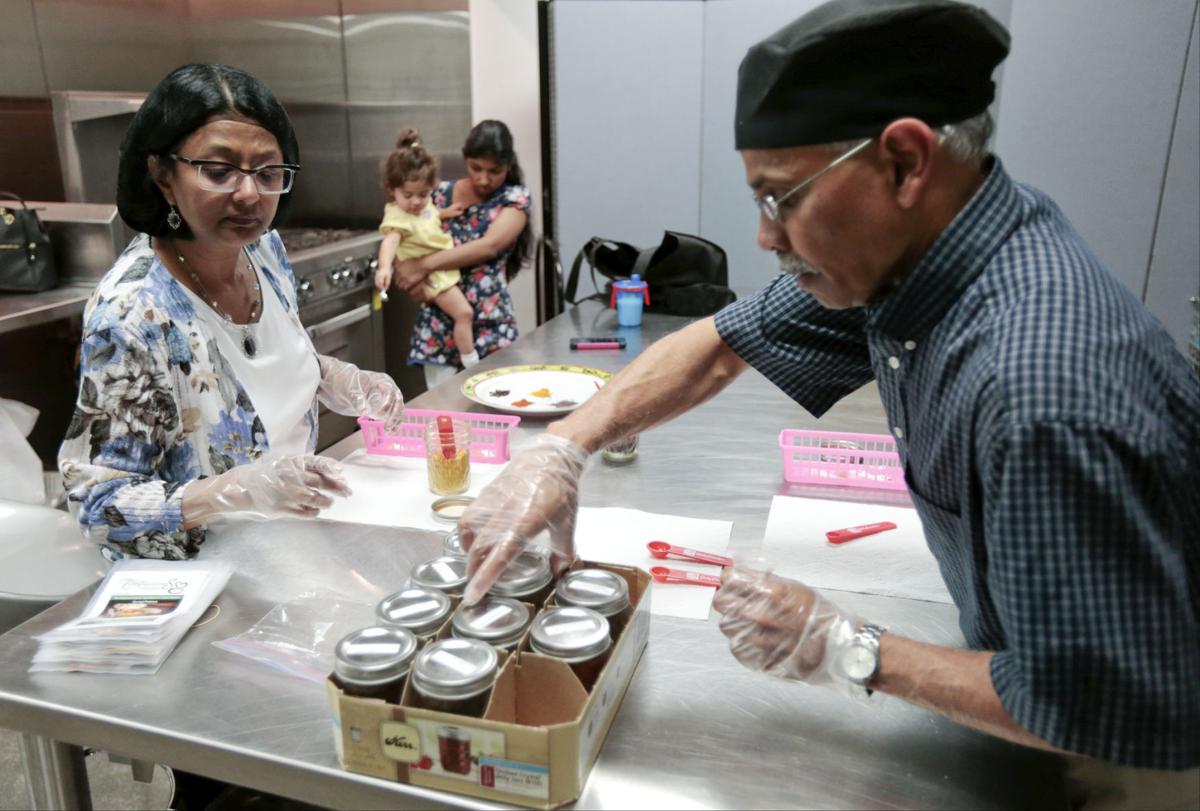 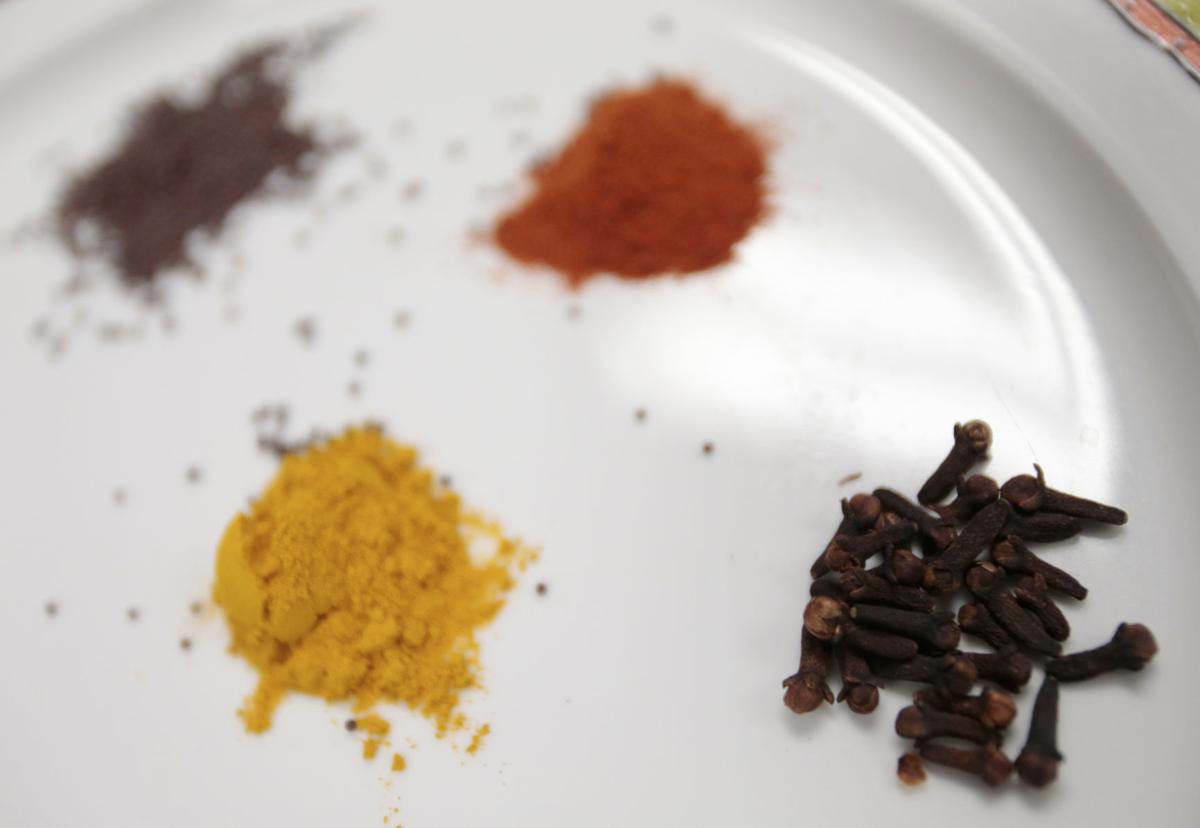 Measured amounts of spices are added to spice kit packets. 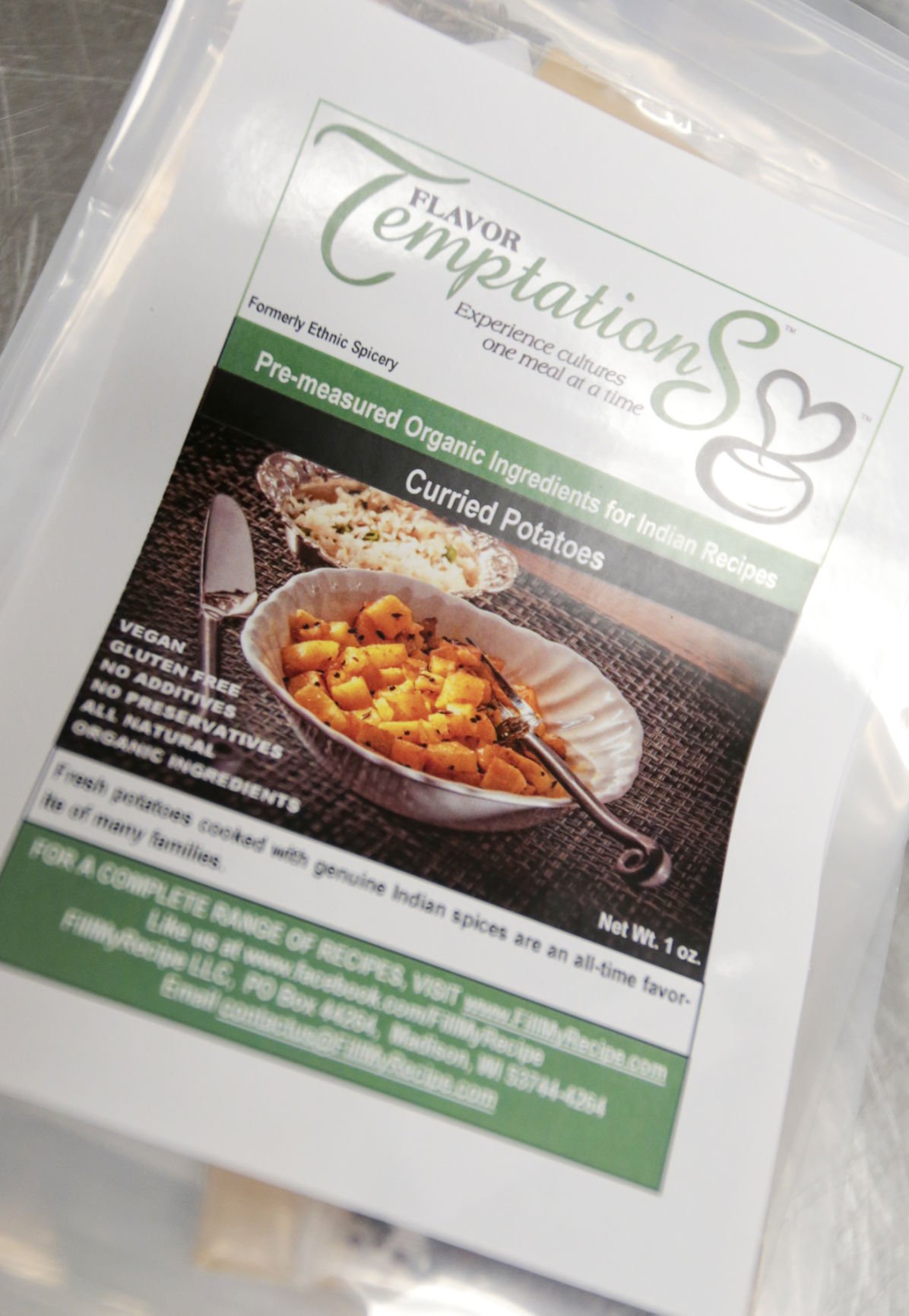 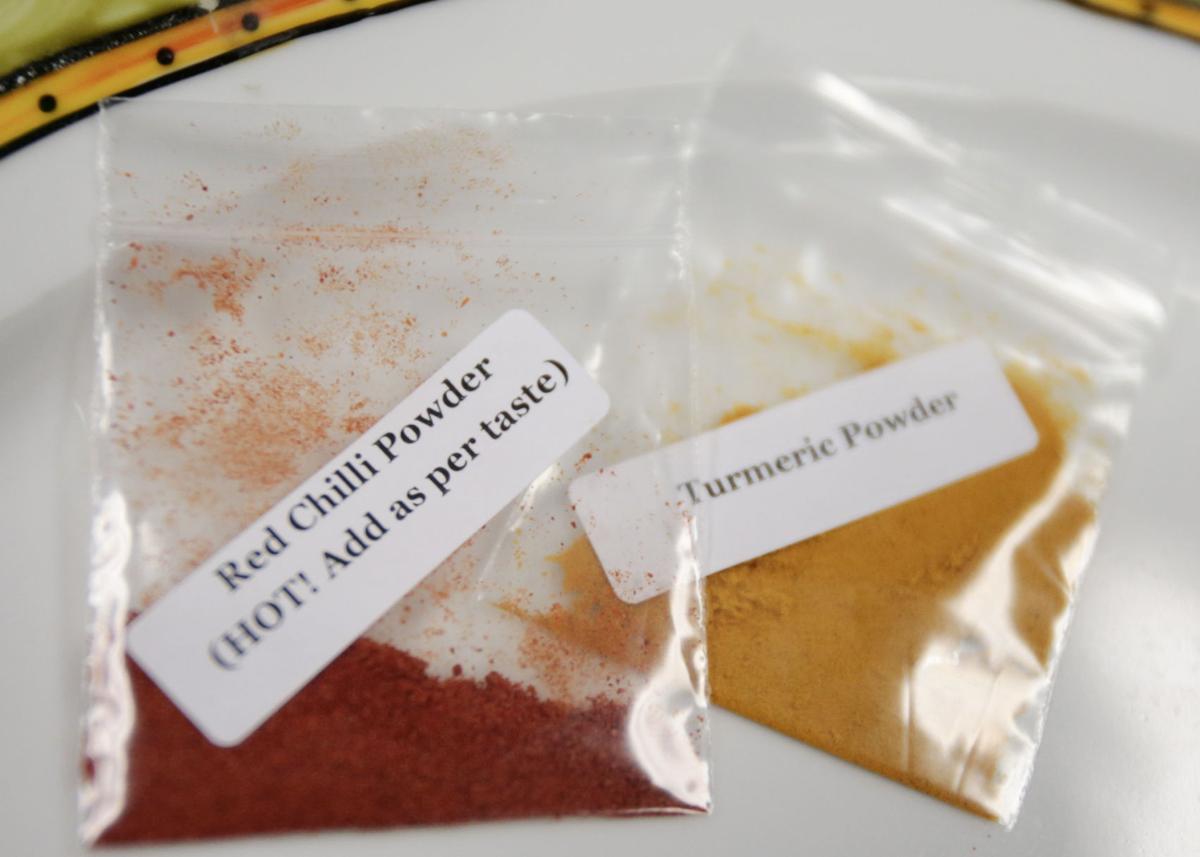 Various spices included in the kits are labeled for customer use.

JILL CARLSON For the State Journal

If you enjoy Indian cuisine but hesitate to prepare it at home because of the various spices needed, Sara Parthasarathy and her husband Partha Sabniviss have a solution.

The couple started FillMyRecipe in April 2013 and offer recipe kits for Indian dishes. “Our idea was to fill the dry ingredients for customers’ recipes like a pharmacist fills a prescription,” Sabniviss, 58, explained.

Sabniviss said once he and Parthasarathy launched the operation, they realized that to grow the business, the focus needed to be on creating custom recipe kits that could be sold in grocery stores.

The kits are available on the website and at Metcalfe’s, Willy Street Co-op and other locations. The couple often does demos at grocery stores on weekends. “We enjoy meeting the people who use our product and getting their feedback,” said Parthasarathy.

The kits contain organic spices and dry ingredients, such as lentils from sources in Wisconsin, Illinois and Oregon. The products are 100 percent natural, vegan, gluten- and salt-free and contain no oil, additives or preservatives.

Kits containing spices for gravies or masalas using chick peas, black beans, kidney beans and potato and pea are available along with a kit to make curried potatoes. Recipes are included with the kits, which hold spices for two servings.

Currently, the kits are sold under the brand Ethnic Spicery. The brand name is changing soon to Flavor Temptations. The packaging will also be redesigned. Future plans to redesign the website to include how-to coaching videos and education on the benefits of spices and lentils are in the works.

The couple emigrated from India 22 years ago. Sabniviss, 58, serves as chief operating officer. He recently left his career as an IT project manager to work full time at FillMyRecipe.

Parthasarathy, 56, is the CEO. She is a manager at a Madison insurance company and works at the business evenings and weekends.

“Spices are the backbone of Indian cuisine, and we want to help others learn how to prepare the food so that they enjoy it,” Parthasarathy said.

On "Masala Mondays" the east and west locations of the co-op have been serving channa masala, a vegetarian dish made with spices from Flavor Temptations.

Number of people killed by guns in US continues to rise

Measured amounts of spices are added to spice kit packets.

Various spices included in the kits are labeled for customer use.