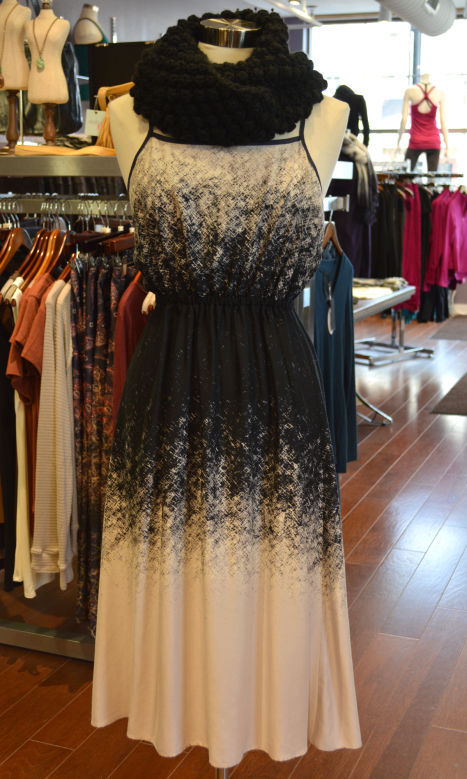 Owner Deneen Carmichael recommends warming the dress up for holiday parties with a chunky scarf, tights, boots and a leather moto jacket. 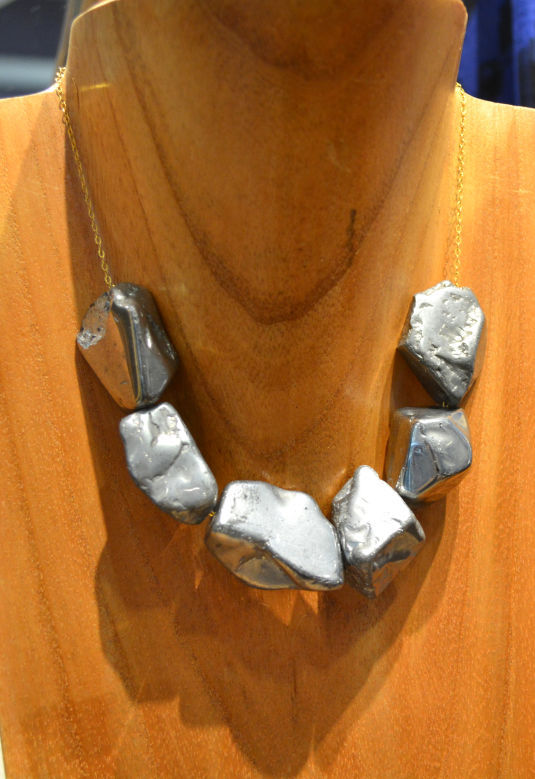 Necklace by Middleton mother-daughter jewelry makers Just the 2 of Us. Pyrite nuggets on chain, $225 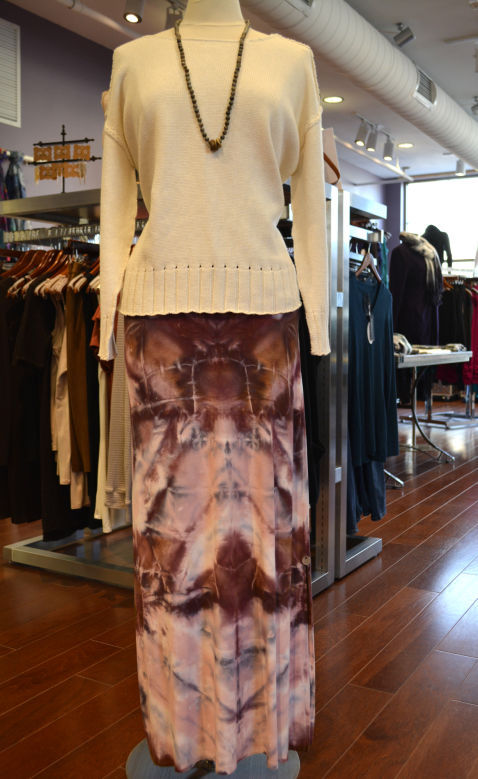 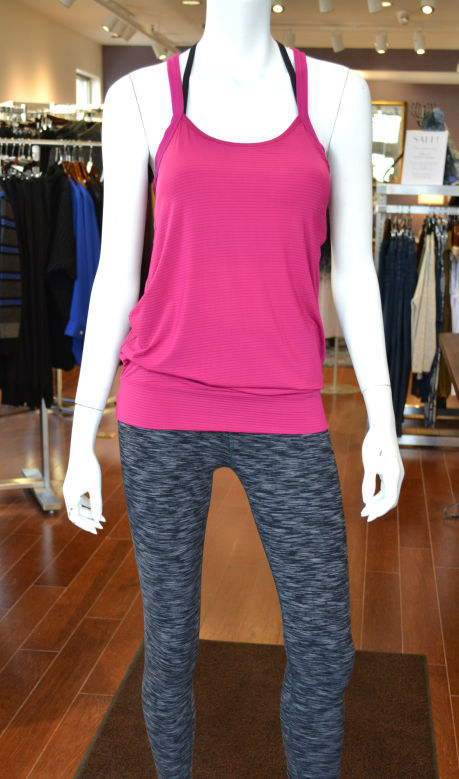 Carmichael previously worked as a nonprofit executive and then as a professional dance instructor and the owner of Tempo Dance Studio.

When she needed a new creative outlet, she opened Neena, first at 1827 Parmenter St. The store moved to its new location at 1823 Parmenter St. this fall. The downtown Middleton location allows Carmichael easy access to the Middleton Fire Department, where she works as a volunteer firefighter. If there’s a fire call when she’s working at the store, she can sometimes be seen sprinting to the nearby fire station. Running is faster than driving, she said.

The store initially sold activewear, but Neena has expanded its selection to focus on women’s clothing for daytime and evening. All pieces are selected for style, but she also looks for especially comfortable pieces, Carmichael said.

“Everything feels soft. We tell everyone to touch everything in the store,” she said.

Pregnant women occasionally shop at Neena, she said, because although the store doesn’t carry maternity wear; their leggings, tunics and slouchy sweaters can work for expecting mothers.

Carmichael said she looks for high-quality items at an affordable price.

“We try to shop for trends, but not be trendy,” she said. “Trends tend to get watered down by the time they reach Wisconsin.”

It’s not unusual, she said, for three generations of a family to stop in and shop together. Neena customers are college students to women age 75 and older, she said.

Neena will celebrate Black Friday at its new location with storewide sales beginning at 7 a.m. Shoppers can enjoy coffee, mimosas and treats from neighboring Bloom Bakeshop. The store will also host two men’s shopping nights in December. A microbrew night on Dec. 11 will welcome men to shop for gifts for their wives or loved ones while sampling local brews. A men’s shopping night with a whiskey tasting is scheduled for Dec. 17.

How to save money on clothing, without sacrificing your style

Here are some money saving tips on filling out your closet.

Owner Deneen Carmichael recommends warming the dress up for holiday parties with a chunky scarf, tights, boots and a leather moto jacket.

Necklace by Middleton mother-daughter jewelry makers Just the 2 of Us. Pyrite nuggets on chain, $225