Olympics live: Simone Biles pulls out and other updates from Tokyo

In the Spirit: Madison Catholic Diocese ordains largest class of new priests in 42 years
0 Comments
Share this
1 of 2 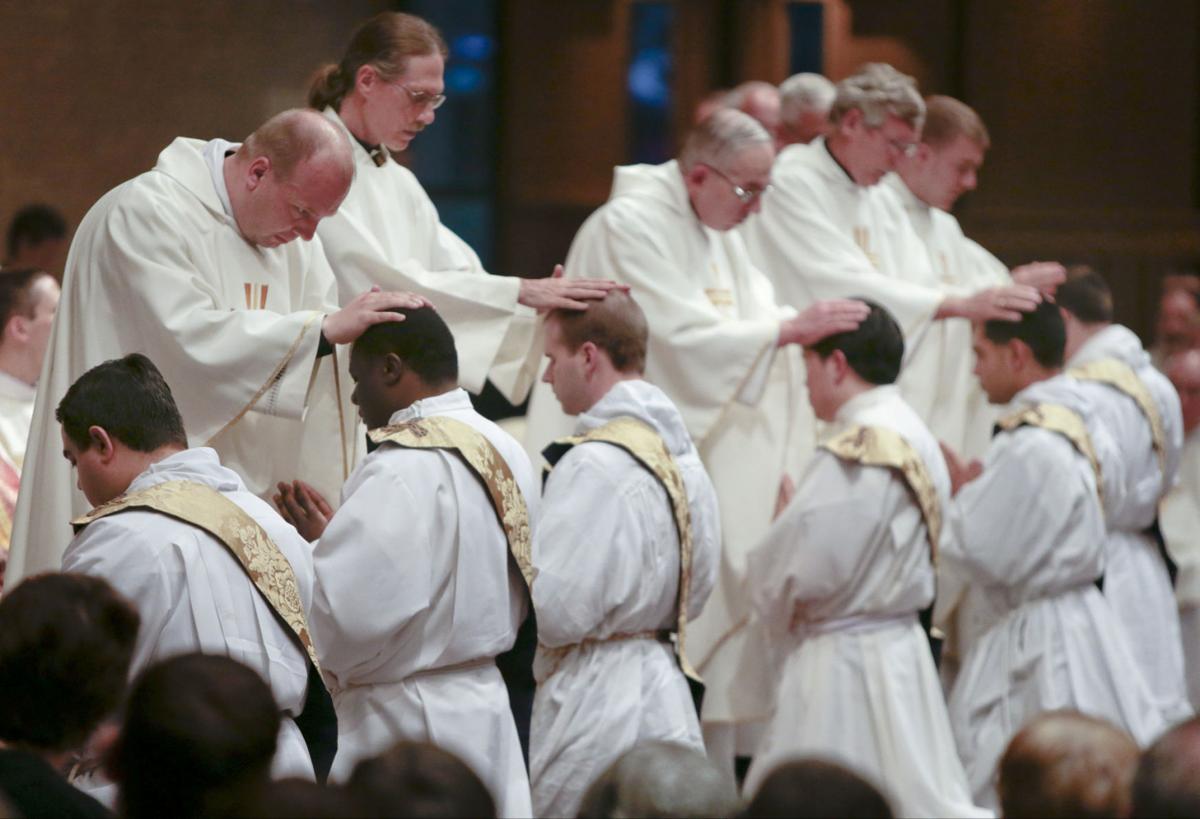 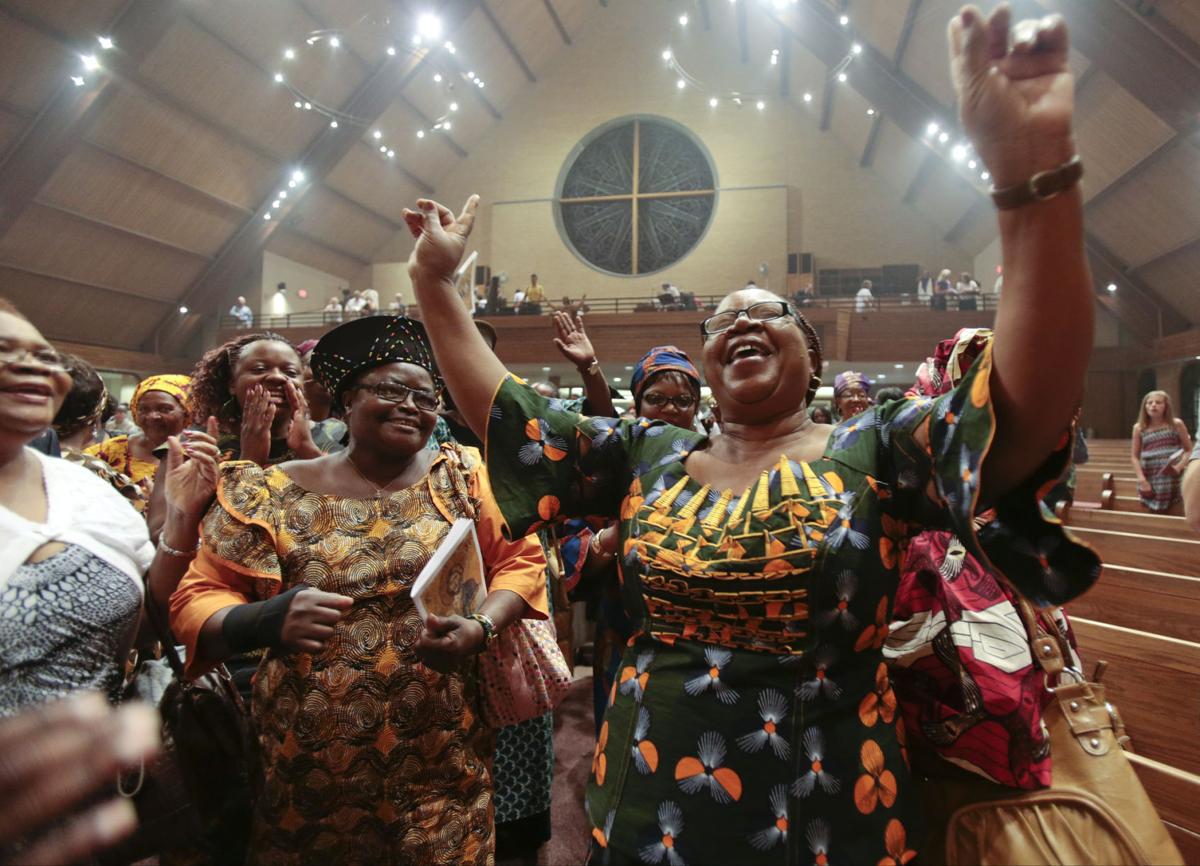 A couple of hours before Chris Gernetzke was to become a priest, he could be found in a room at St. Maria Goretti Catholic Church in Madison laying out the vestments he would wear at that evening’s ordination Mass.

Gernetzke may be familiar to readers. Earlier this year, he let the State Journal shadow him for a day at The St. Paul Seminary School of Divinity in St. Paul, Minnesota. His story highlighted the increasing number of men joining the priesthood in the Madison Catholic Diocese.

On June 26, Gernetzke and five other seminarians became priests, the largest ordination class in the diocese in 42 years. It was a culmination of years and years of study by the six men.

As Gernetzke prepared for the ordination, he said he was the good kind of nervous, the kind where you’re excited about the future but also respectful of the momentousness of what lies ahead.

“I’ve studied the practical realities of being a priest, but there’s a mystery to it, too,” he said. “It feels like the grace train has left the station, and you’re on the train, and God’s driving it.”

Few rituals in the Roman Catholic Church top the sacredness of an ordination Mass. Priests are the lifeblood of the church — in the Catholic faith, they turn bread and wine into Christ’s body and blood.

An estimated crowd of more than 1,100 attended the Mass. At least 175 people watched it live on the Internet from their homes. Madison Catholic Bishop Robert Morlino presided.

In addition to the class being unusually large, it was the most diverse in diocesan history, said Brent King, a diocesan spokesman. The six new priests hail from four continents.

Gernetzke and Scott Emerson are the locals. Both grew up in the diocese, Gernetzke in Evansville, Emerson in Spring Green. Emerson is the third of four sons of Steve and Diane Emerson and the first to become a priest.

“We’re proud of all four of our sons,” Diane Emerson said. “All chose a path we think God chose them to fulfill. But, how can I say it . . .”

“This is a special vocation,” interjected Steve Emerson.

“Yes,” Diane Emerson said. “I feel so honored that God chose one of our sons to be one of his priests.”

The other four seminarians came to the diocese’s attention in other ways.

A decade ago, Monsignor James Bartylla attended a Catholic youth festival called World Youth Day in Cologne, Germany. He is now the diocese’s vicar general, or second-in-command, but at the time, he was vocations director, a position that helps men discern a calling to the priesthood.

Bartylla remembers spotting a couple of Americans at one point and randomly striking up a conversation. With them was Tafadzwa Kushamba, a native of Zimbabwe. Kushamba mentioned an interest in becoming a seminarian.

“So, like any good vocations director, I gave him my card and told him to call me if he was interested,” Bartylla said. “A week or so later, I got an email from him. So it was a very by-chance meeting.”

Kushamba’s family members and friends provided one of the more touching and joyous moments of the ordination, breaking into song and dance following the Mass.

Chahm Gahng is a native of Seoul, South Korea, but spent a portion of his childhood in Madison because his father’s work with UW-Madison brought the family here for a time. Gabriel López-Betanzos grew up in Michigan but was living in Madison and working in the health care field when he discerned a calling to the priesthood.

The sixth seminarian, Cristóbal Padilla Camiruaga, is a member of the Society of Jesus Christ the Priest, a group of Spain-based priests known for its traditionalist approach to Catholic liturgy and customs. For years, Madison Bishop Robert Morlino has recruited members of the group to help fill pulpits in the diocese. Camiruaga is from Santiago, Chile.

During the reception following the ordination Mass, the new priests offered their first blessings to family members and others.

“Because they’re newly ordained, there’s a particular grandeur and sentiment and poignancy to it,” Bartylla said.

In another custom that followed the Mass, each new priest presented to his mother a hand cloth, called a maniturgium. During the ordination, Morlino anointed the hands of each new priest with sacred oil. The cloths were used to wipe off the excess oil.

“The idea is that when (the priest’s mother) eventually passes away, the cloth will be put between her hands,” Bartylla said. “When she gets to heaven, she can open up her hands and show God she gave a priest to the church.”

Body of saint to be displayed at namesake Madison parish as part of first U.S. tour

St. Maria Goretti, the patron saint of Catholic youth, became a martyr after her stabbing death at age 11.

The effort was the first diocesan-wide capital campaign in more than 50 years.

Watch as an insane sandstorm engulfs a Chinese city