In the Spirit: A major donor, anonymous for years, emerges from the shadows
Share this
{{featured_button_text}}
1 of 2 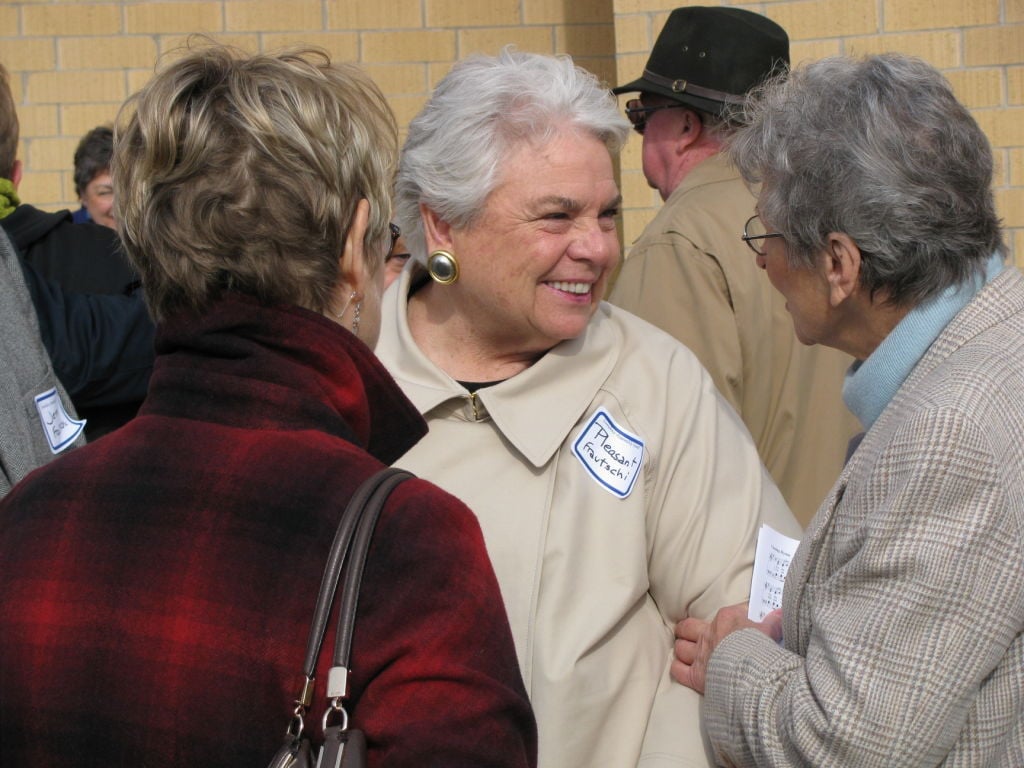 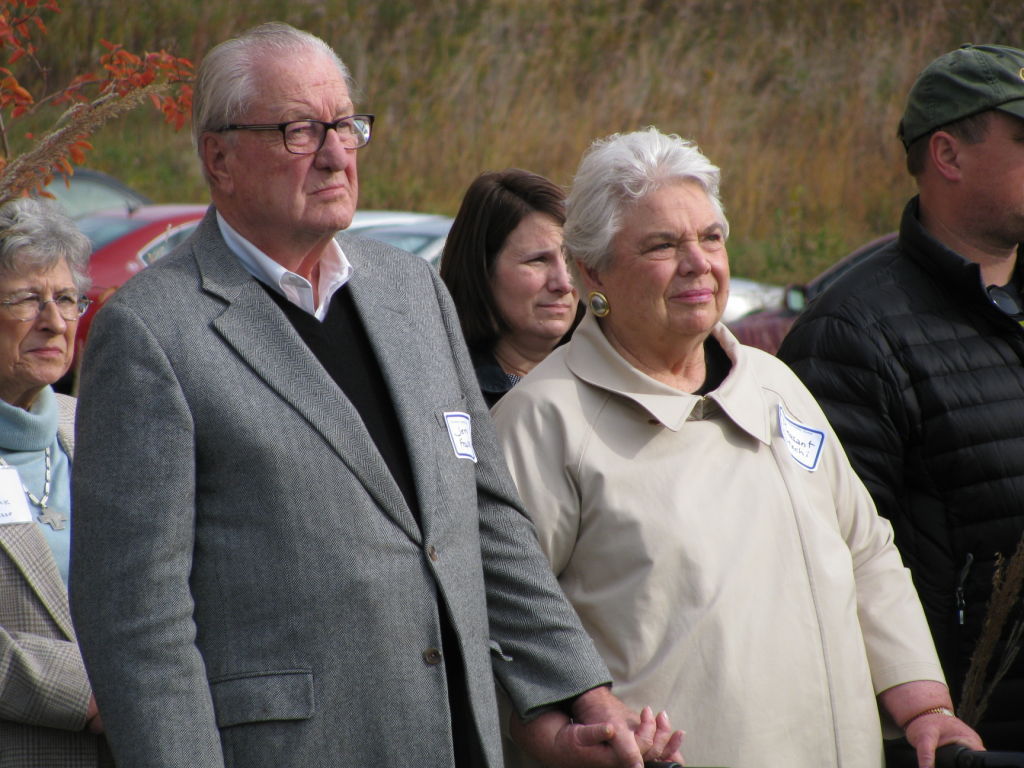 Jerry Frautschi and Pleasant Rowland listen to a speaker during an outdoor ceremony at Holy Wisdom Monastery for the blessing of a 53-acre land parcel. The land, which Rowland's donation helped purchase, will be restored to native prairie and oak savanna.

In 2012, an anonymous donor gave $1 million to the Benedictine sisters who run Holy Wisdom Monastery, an ecumenical worship and retreat center near Madison in the town of Westport.

The donation allowed the sisters to buy 53 acres of farmland next to the monastery. Last Sunday’s worship service at the monastery doubled as a ground blessing for the newly acquired land, which will be restored to native prairie and oak savanna.

The identity of the donor had been kept secret for more than two years. Then, in the program for last Sunday’s service, the name was revealed: Pleasant Rowland.

It’s a familiar name to most people in Madison, but one not previously associated with the monastery. Rowland founded the American Girl doll company (now part of Mattel), and with her husband, Jerry Frautschi, has been a consistent and immensely generous donor to civic initiatives large and small. Frautschi gave the initial gift of more than $200 million for the construction of Overture Center, the performing arts center celebrating its 10th anniversary this year in Downtown Madison.

Rowland has always been a very private person. She turns down most media interview requests — including one for this article — and early on in her business career even asked not to be photographed (an approach Judy Faulkner, chief executive of Epic Systems Corp., now takes).

So it was a surprise even to the sisters when Rowland agreed not only to be named publicly as the donor, but to attend the ground blessing and to say a few words. That’s how about 200 of us got the opportunity to hear directly from Rowland.

As she approached the microphone on the monastery’s patio, she asked those of us gathered to look just over her shoulder and past the golden leaves of a shimmering tree. That’s where she and her husband live, she said. “We’re about as close of neighbors (to the sisters) as anybody could be.”

The couple moved to the neighborhood 38 years ago, she said, drawn by its proximity to Lake Mendota, the farmland that surrounded the neighborhood, and “unconsciously, I think, by the presence of these good women and the wonderful work they do.”

For several minutes, Rowland spoke warmly and eloquently and without notes. It became clear that her desire to publicly express her deep gratitude for the sisters won out over any privacy concerns.

“They have fought off developers, they have lived through some very tough times, and never, ever did they lose sight of this beautiful property,” Rowland said. “So we, as their closest neighbors, are enormous beneficiaries of their goodness. I have watched them, and I have known personally how they restore our hearts and souls and spirits and lives. And so this prairie gift that I gave was in thanks to them very personally.”

In an interview, Sister Mary David Walgenbach, the monastery’s prioress, said she reached out to Rowland in 2012 when the 53 acres unexpectedly became available for purchase for $1.7 million, a sum far beyond the monastery’s reach. Rowland is not a member of Sunday Assembly, the name of the congregation that worships at the monastery, but she has been a longtime friend of the monastery behind the scenes, Walgenbach said.

“I think we both have an interest in preserving the land,” Walgenbach said. “It just sort of magically happened.”

The 53-acre parcel was the missing link needed to fill the space between the monastery’s other prairie properties.

It also is a critical piece in the continuing effort to preserve wild areas in the Lake Mendota watershed, thereby reducing run-off of pollutants into the lake, Walgenbach said.

The $1 million gift gave the sisters confidence to take out a bridge loan to pay for the remainder of the purchase price, Walgenbach said. During the ground blessing ceremony, Walgenbach said Rowland “made the impossible possible.”

Another $200,000 is needed to restore the prairie, so the total cost of the project is $1.9 million. Fundraising has been ongoing, and hundreds of people and businesses and entities have stepped forward, said Mike Sweitzer-Beckman, the monastery’s director of development. About $95,000 of the $1.9 million remains to be raised, he said.

Rowland concluded her remarks by mentioning all of the donors and all of the people who volunteer with the monastery’s prairie restoration efforts.

“Please know that though my gift may have been the largest and may have been the first, it is matched equally by those who care in different ways,” she told the crowd. “I am blessed to be able to do that kind of stewardship, but all of you who care for (the prairie), who have contributed, who will plant it and who will restore it are partners in this, and equal in your gifts.”

In the Spirit: A church start-up, filled with early promise, doesn't make it beyond Year 3

The Catholic community that owns the nearly 10-acre parcel has hired an assessor to determine its value, and selling it is an option.

Jerry Frautschi and Pleasant Rowland listen to a speaker during an outdoor ceremony at Holy Wisdom Monastery for the blessing of a 53-acre land parcel. The land, which Rowland's donation helped purchase, will be restored to native prairie and oak savanna.