For the most part, audiences who watch Kangwoo Jin’s fingers fly around the piano keys have no indication that he suffers from a rare bleeding disorder that can cause terrible pain in his joints.

Kangwoo, who got a not-so-rare standing ovation after a vigorous recent performance of Chopin’s Étude Op. 10, No. 4, was diagnosed with severe hemophilia as an infant in South Korea.

He has to give himself injections of factor VIII — an essential blood-clotting protein — two or more times a week to keep his bleeding under control.

Kangwoo is a doctoral student in piano at UW-Madison and a teacher who’s won at least 10 prestigious competitions. He’s performed as a soloist with the UW Symphony Orchestra and on Wisconsin Public Radio.

“I’m always thankful that I can still play the piano and make the music I can,” said Kangwoo, 35, who began playing piano at age 7 in South Korea. “I’m more hopeful and try to be positive.”

“But gradually I came to realize how formidable the obstacles are that he has had to contend with, and my admiration for his persistence and fortitude grows continually.”

Taylor said Kangwoo has proved to be an outstanding student in the four years since he arrived in his studio, “always playing with passion and commitment, and always eager to participate to the fullest in the School of Music community, both as a soloist and as a chamber musician.”

In addition, he also credits Kangwoo as a “dynamic and sophisticated teacher.”

But without regular medication, Kangwoo could have a life-threatening bleed, said Stephanie Lovell, his hematology nurse practitioner in the UW Health Comprehensive Program for Bleeding Disorders. She said bleeds happen mostly inside of muscles and joints, which isn’t how many people think of hemophilia.

Hemophilia is a rare genetic bleeding disorder that slows the blood-clotting process. It occurs much more commonly in males than in females. According to the Centers for Disease Control and Prevention, about 400 babies are born with hemophilia A each year.

The exact number of people living with hemophilia in the U.S. is estimated to be about 20,000, based on expected births and deaths since 1994.

Lovell said the life expectancy for a person with hemophilia is now the same as the general population, which is a relatively recent development. While treatments in the U.S. are working well, there are still lots of barriers that make life with hemophilia difficult.

“Because people are living longer with hemophilia than they did in the past, we are encountering lots of new, uncharted territory,” she said.

It’s widely believed that hemophiliacs bleed profusely if they get a cut or a scratch. The reality is that external wounds aren’t usually serious. Internal bleeding, meanwhile, comes from overuse, injury or can happen spontaneously, said Lovell, who has worked with Kangwoo since he came to UW from the University of Indiana, where he got his master’s degree in 2014. He’s been in the United States since 2009.

“It’s twisting an ankle or doing repetitive movements that causes bleeding inside of a joint, and once you have one bleed inside that joint, you’re much more likely to have more because it’s irritated and inflamed and then the vessels break more easily,” she said.

All of Kangwoo’s joint damage is permanent, with his right elbow, left knee and left ankle suffering the most. But being on a regular medication schedule keeps it from getting worse and allows him to lead a busy life, he said.

Kangwoo is limited when it comes to physical activity. He can’t hike or camp and it hurts him to walk for more than 15 minutes. Once bleeding happens in one of his joints, it can aggravate the joint sometimes even when he has recently injected his medication. With regular injections, he’s able to bike for half an hour, which he does regularly.

To show his appreciation for the care he’s received, Kangwoo played a short concert Wednesday for Lovell and others from the clinic who’ve taken care of him. He performed on a baby grand piano in the UW Hospital atrium.

Jessica Johnson, Kangwoo’s other primary piano professor at UW-Madison, said Kangwoo’s love of life and passion for sharing music with others makes the world a better place.

“He pursues his art with wholehearted joy, love, and an unbridled enthusiasm that is contagious,” Johnson said. “I think that the challenges he has faced have made him a more generous, compassionate and accepting person.”

Lovell said she was fortunate to attend one of Kangwoo’s recent performances in addition to Wednesday’s.

“He’s the real deal,” she said. “It was fantastic. It was very impressive, and I just felt very proud that I knew him and know of the challenges he’s overcome.”

Hemophilia can cause bleeding in Kangwoo’s right elbow, which he said is not in a great shape.

“It’s already deforming. I cannot bend it,” he said.

If he has a recital or a competition coming up, he might practice five hours a day and when he plays loudly, it can hurt, he said.

“So I have to be really careful. I have to not practice as much as I can. It can possibly cause a bleeding episode in my elbow. So, I practice those the day I infuse.”

Treatment for hemophilia used to be reactive, so that patients were given medicine when a bleed happened. Now it’s preventative.

Outwardly, no one would know of Kangwoo’s condition, but Lovell stresses how difficult it is for him to have to stick himself in a vein two or three times a week. For instance, insulin, used to manage diabetes, is easier, because diabetics don’t need to find a vein; they inject the insulin into the tissue below the skin.

Parents or caregivers need to inject hemophiliac children with factor VIII so they can lead regular lives, and that’s why Lovell is eager to share Kangwoo’s story.

Hemophilia drugs are among the most expensive on the market and can cost about $3,000 per dose. With procedures and other care, the cost of managing the disorder can reach a million dollars a year, Lovell said.

In the U.S., patients are generally able to get the treatment they need through commercial or government-sponsored health insurance, along with other assistance programs that help cover some of their out-of-pocket expenses.

Until 2009, Kangwoo had Korean government insurance and his family didn’t have to pay much, he said. “That’s probably why there is a fixed quota” of medication that patients can get in Korea.

As an international student at UW-Madison, Kangwoo couldn’t get insurance through the Student Health Insurance Plan or SHIP.

Instead, he pays about $600 a month for insurance through Quartz, formerly Unity, and is grateful that the cost is covered by Patient Service, a non-profit premium and co-payment assistance foundation that helps low-income people afford health insurance.

There is clotting factor in South Korea, but because of the cost and access issues, there are caps on how much factor a person there can receive, Lovell said.

“As you might imagine, the situation if far more dire in other countries where access to factor is severely limited,” she said.

Kangwoo, for his part, is grateful not only to his musical mentors, but to the medical staff that have been caring for him in Madison these past four years. He’d like to stay in the U.S., and is pursuing assistant professorship positions. Meanwhile, he’s teaching and performing and will go to Germany next month for a music festival and conference.

“Thankfully there are great people who are actually caring more of myself than myself,” Kangwoo said. “That’s really incredible in America.”

Videos of performances by Kangwoo Jin are available on his website: pianistkangwoojin.com.

Bruce Howdle, whose ceramic murals can be found in Madison, across Wisconsin and throughout the country, died Wednesday. He was 72. 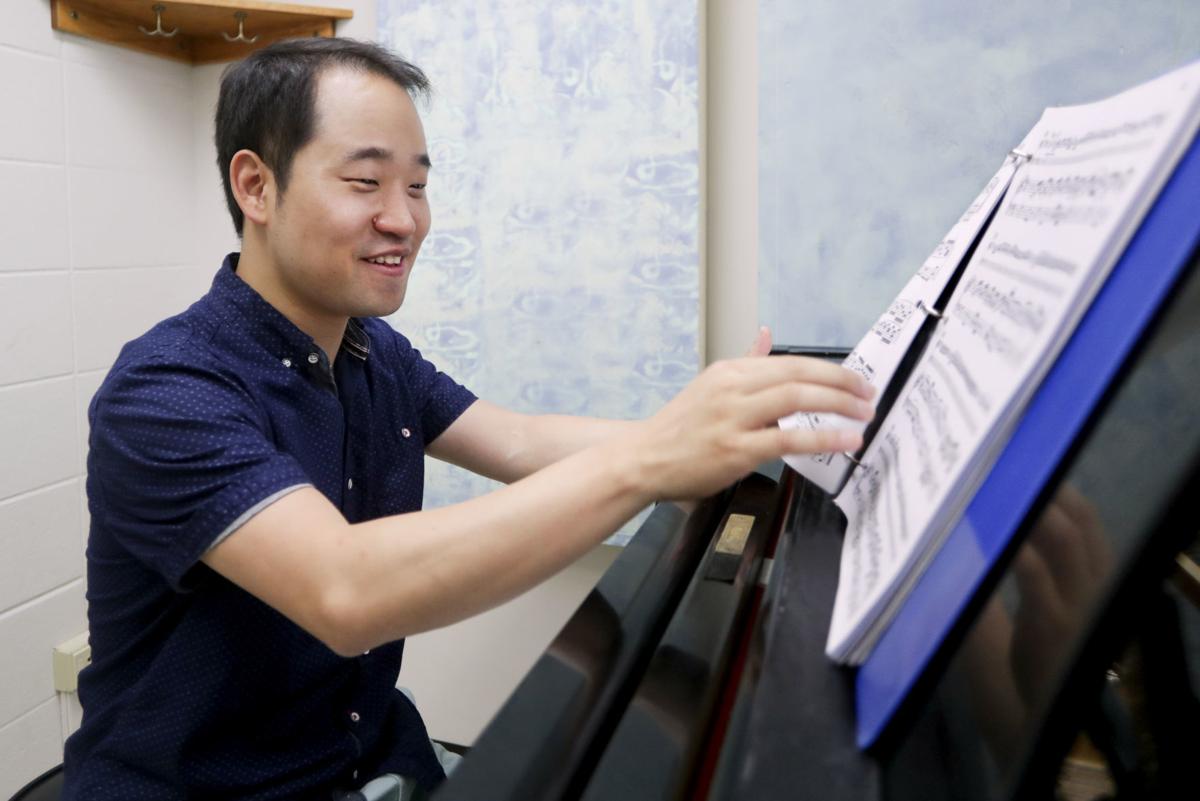 Kangwoo Jin's expensive hemophilia medication is covered by private insurance. He hopes to get a good job at a university that provides health insurance. 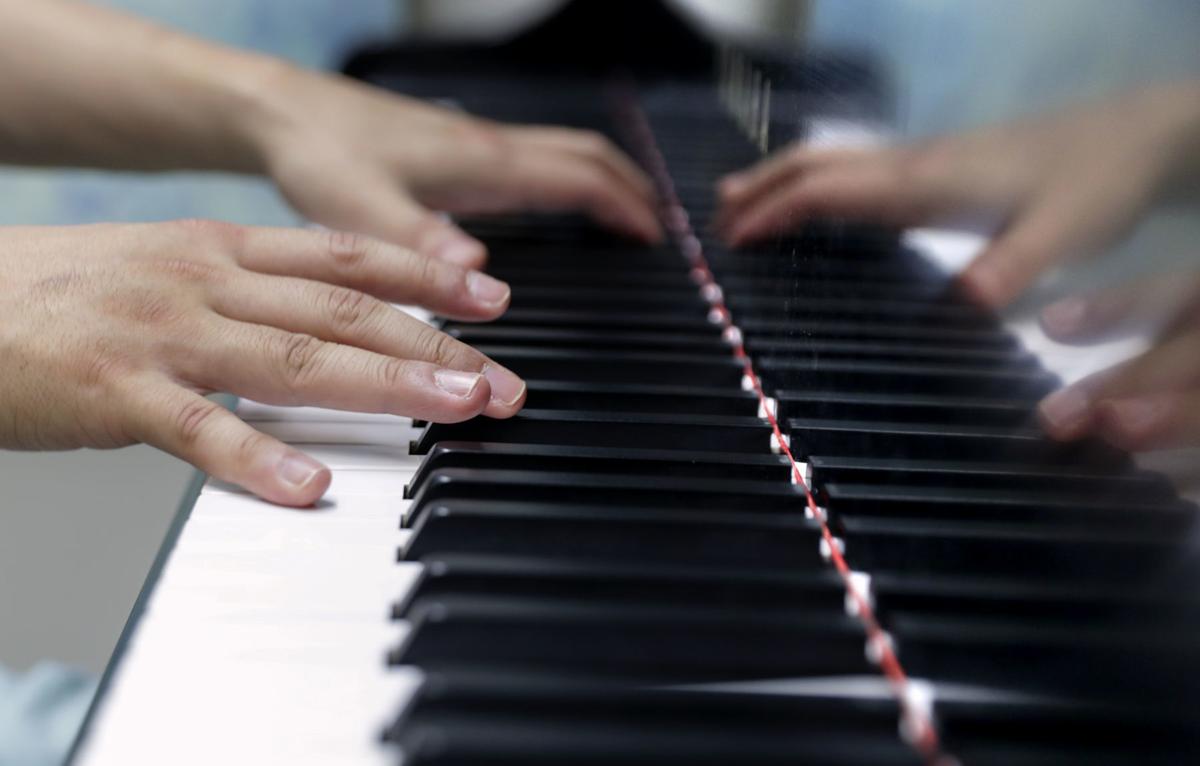 To show his appreciation for the care he's received, Kangwoo Jin played a concert Wednesday for his nurse practitioner and other UW health care workers. 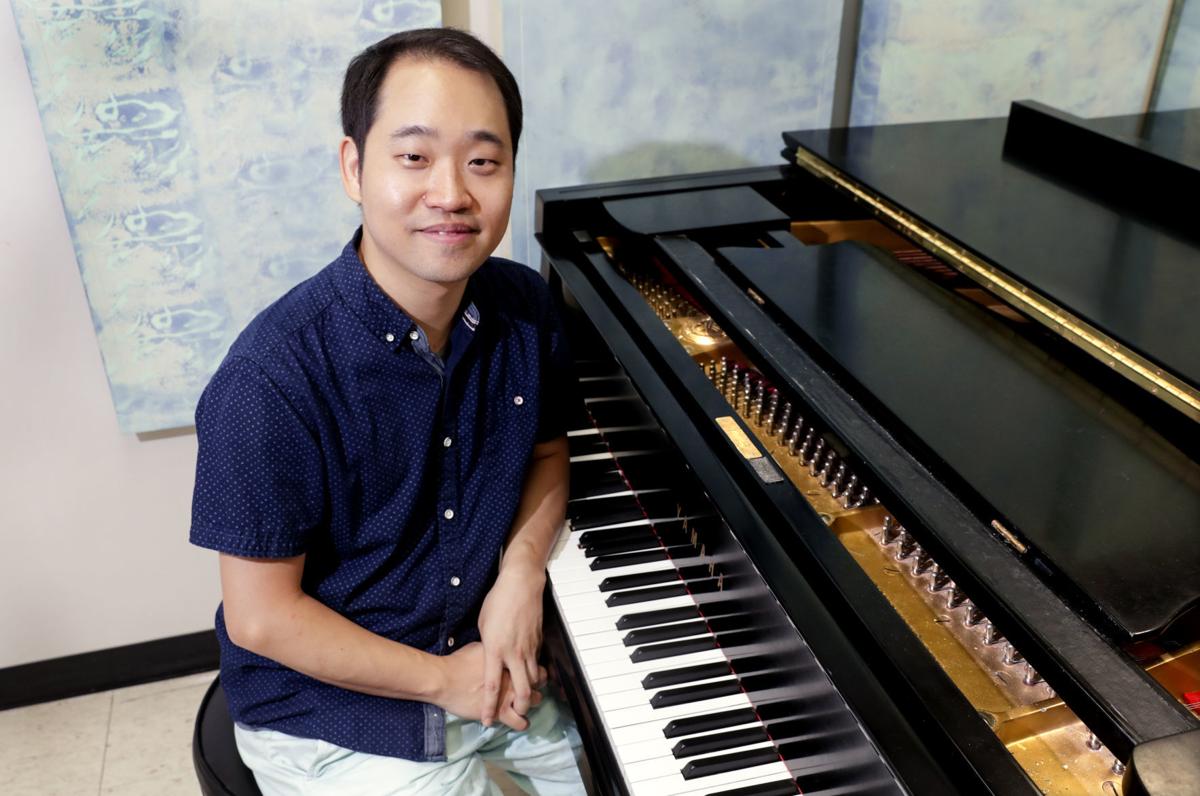 Only a few professors and close friends know Kangwoo Jin has the rare blood-clotting disorder hemophilia, which causes him bleeding and pain in his muscles and joints, and can be aggravated by his piano playing. 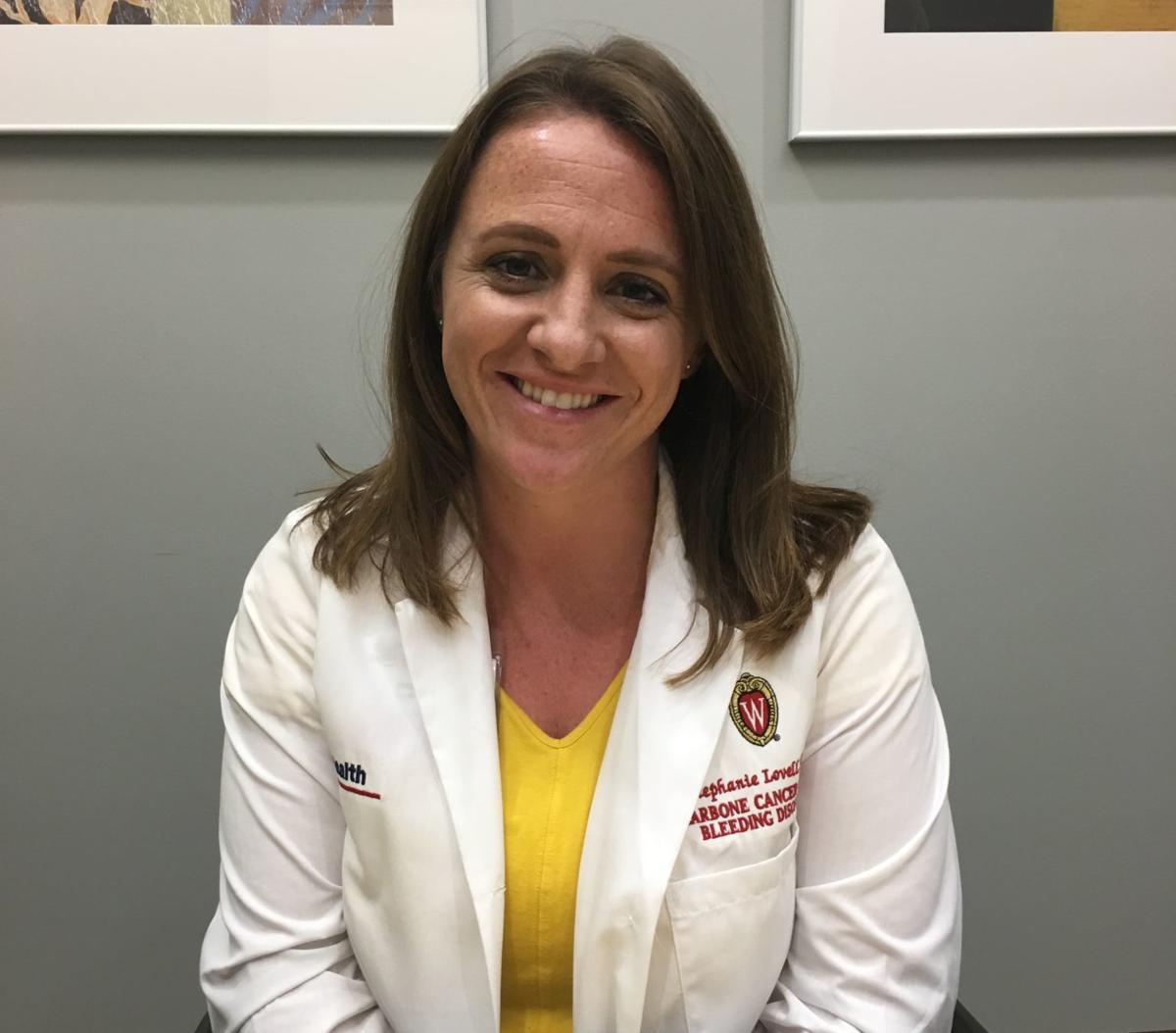 Stephanie Lovell, Kangwoo Jin's nurse practitioner in the UW Health Comprehensive Program for Bleeding Disorders, said there are some promising new gene therapies being developed which could act almost like a hemophilia cure. 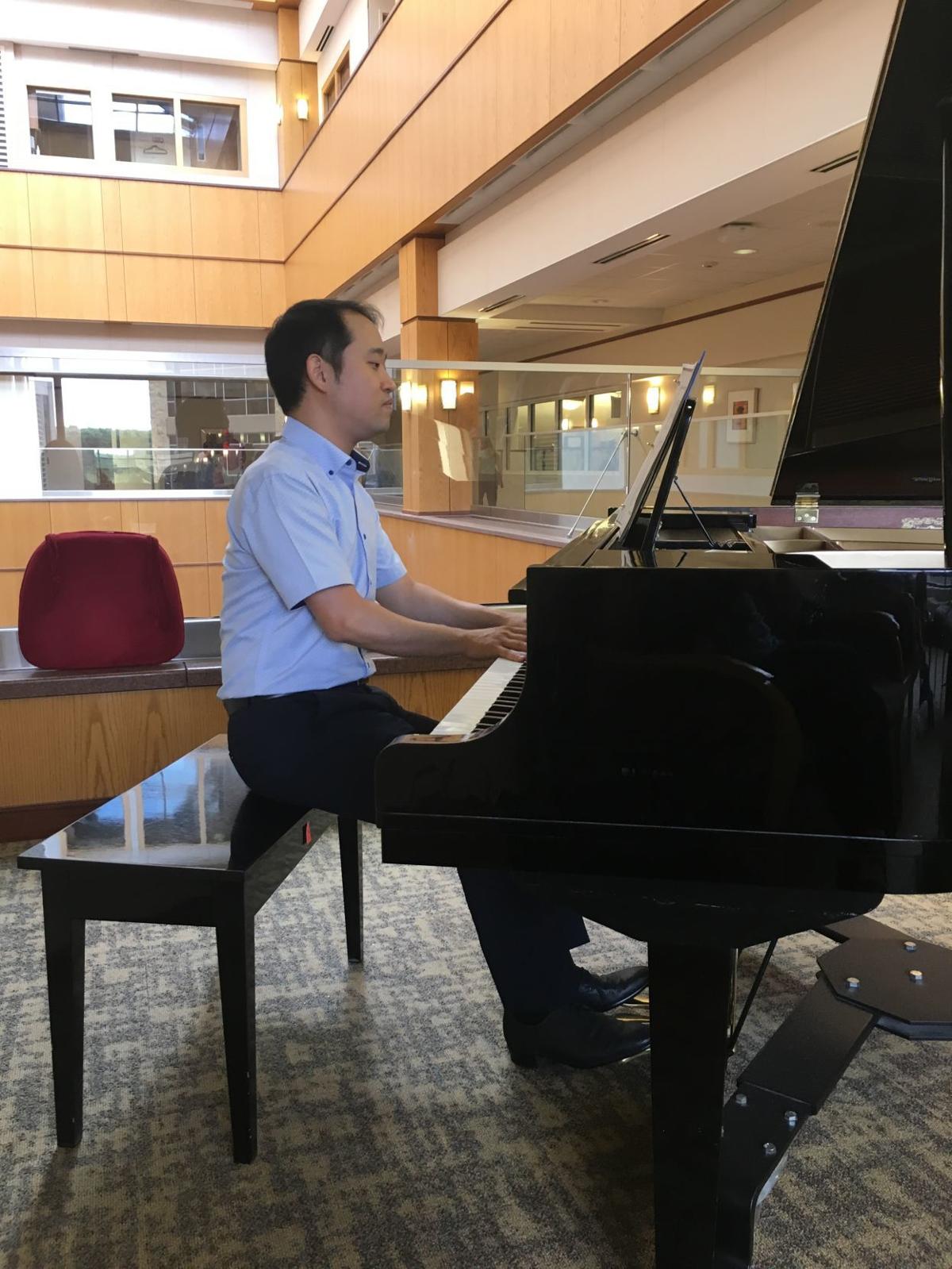 Kangwoo Jin performed Wednesday at UW Hospital for about 15 health care professionals, some of whom he's gotten to know during his four years in Madison. 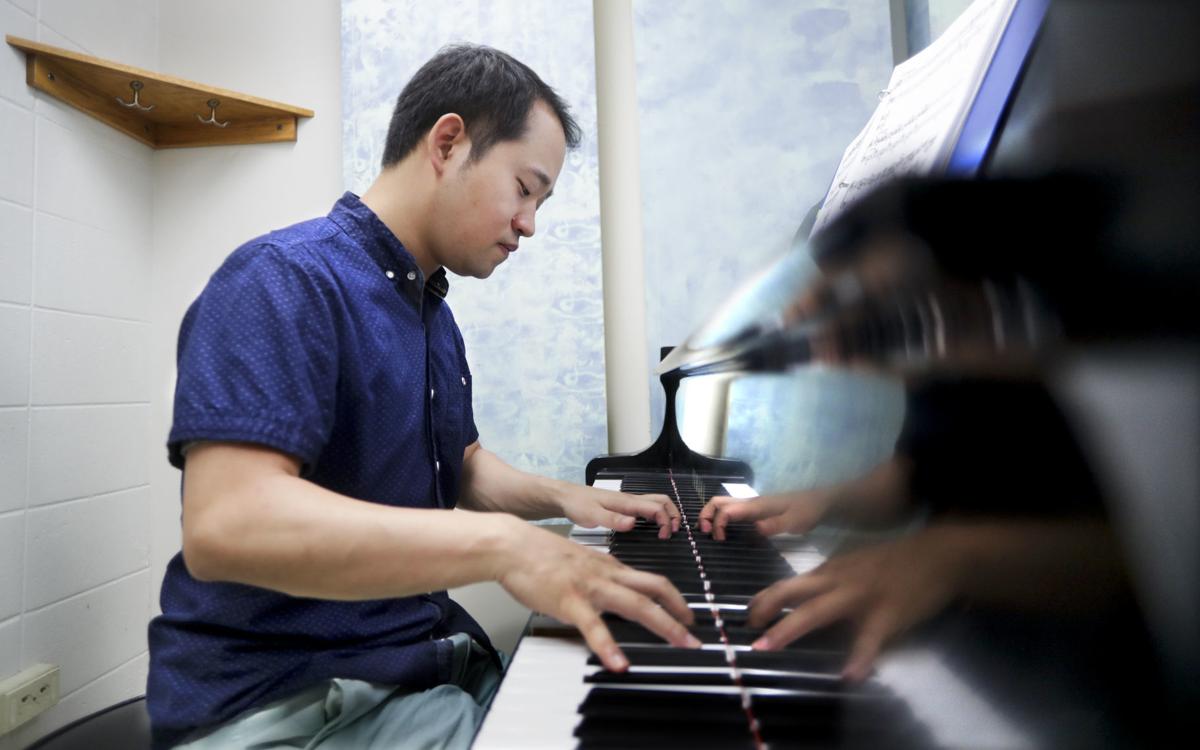 Kangwoo Jin said he if practices loudly for an upcoming recital or competition, it could aggravate his joints, leading to a bleeding episode in his elbow. He tries to practice on the days he infuses his medication, which helps. 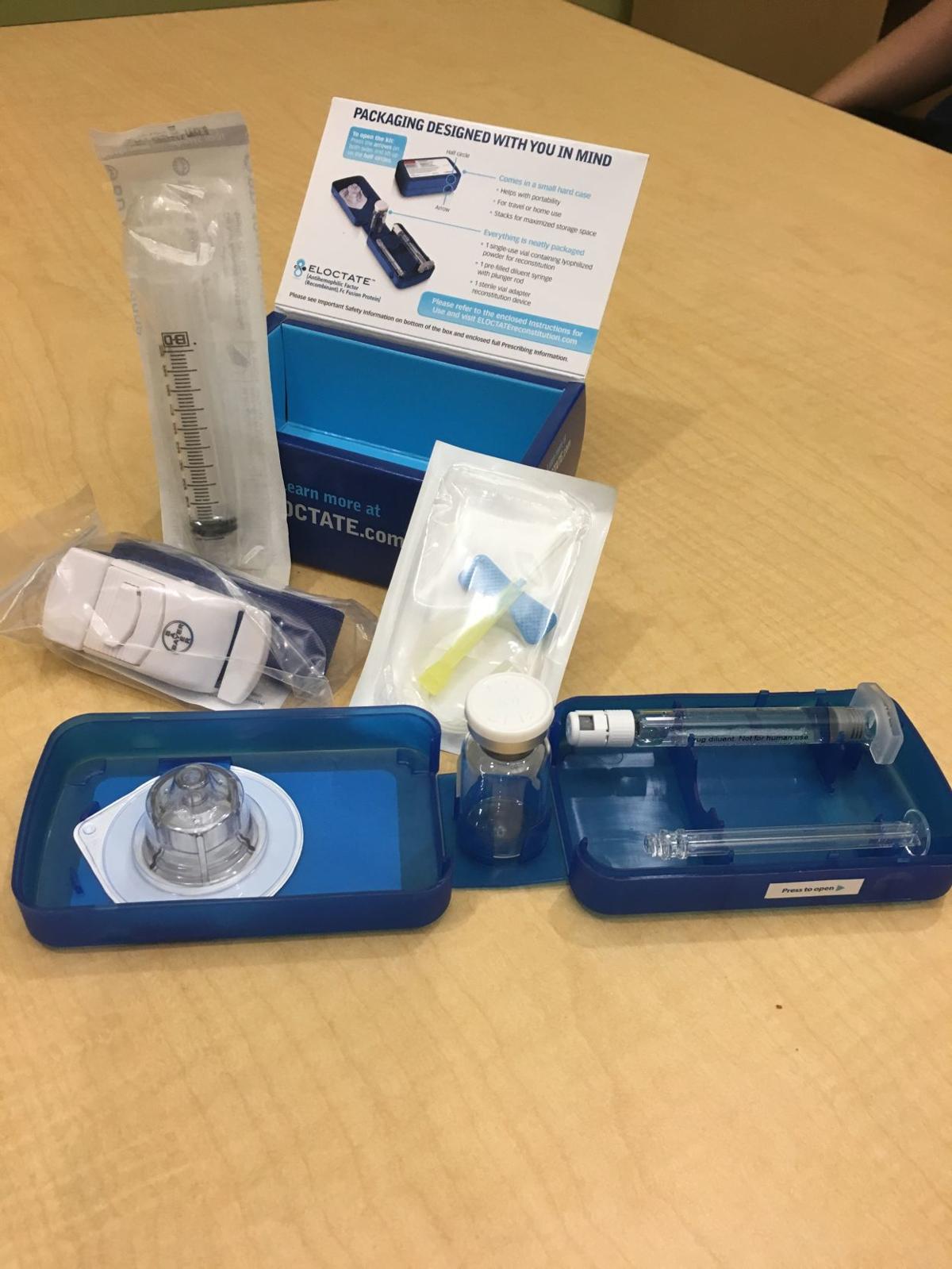 The medication Kangwoo Jin takes to keep his hemophilia in check costs about $3,000 per dose and needs two or more doses per week. 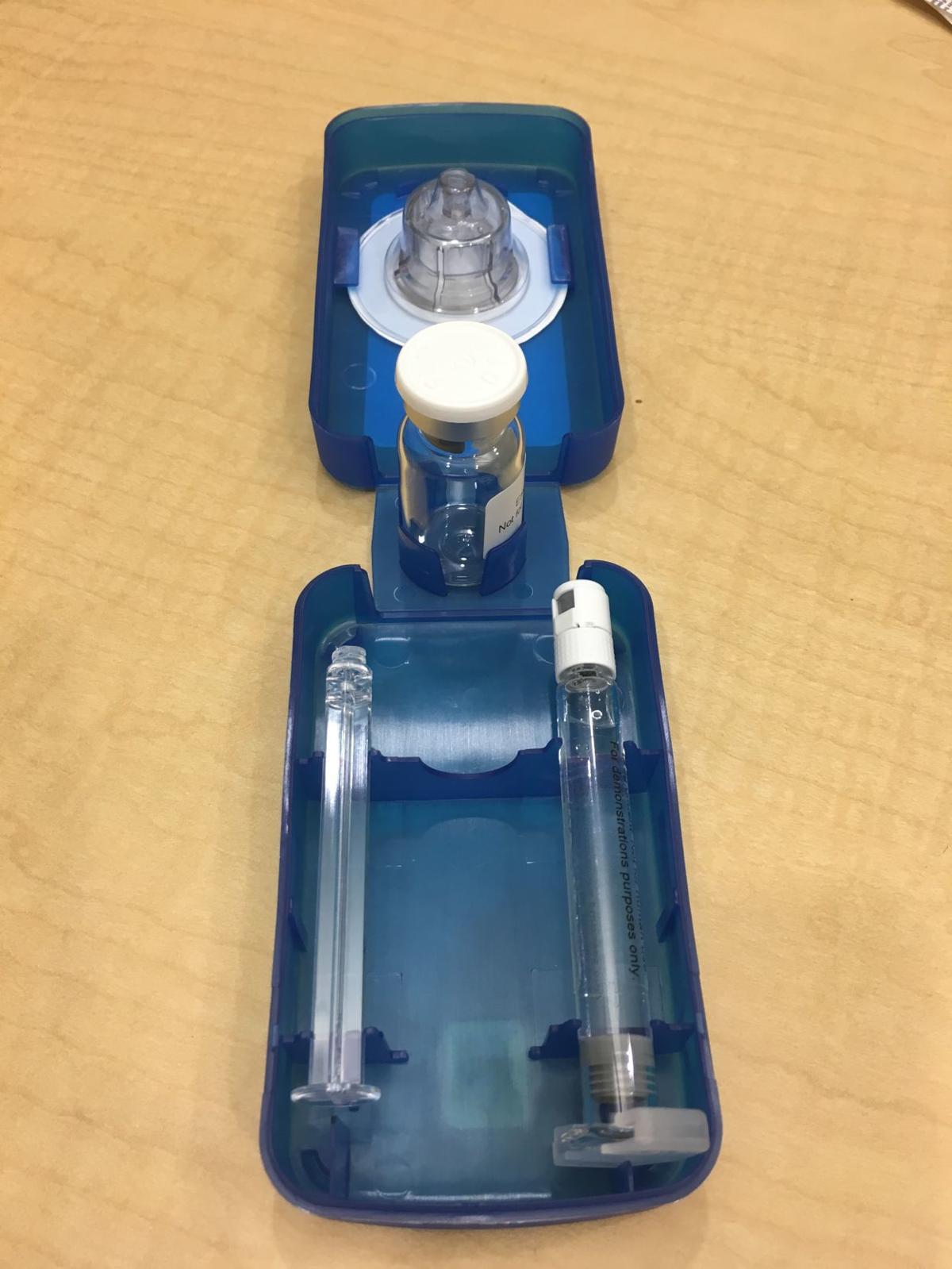