Seated in his church on Madison's East Side, minister Rodger Frievalt talks about the TV series "Project Afterlife," where he is part of a team that explores the stories of people who say they died but were brought back to life. 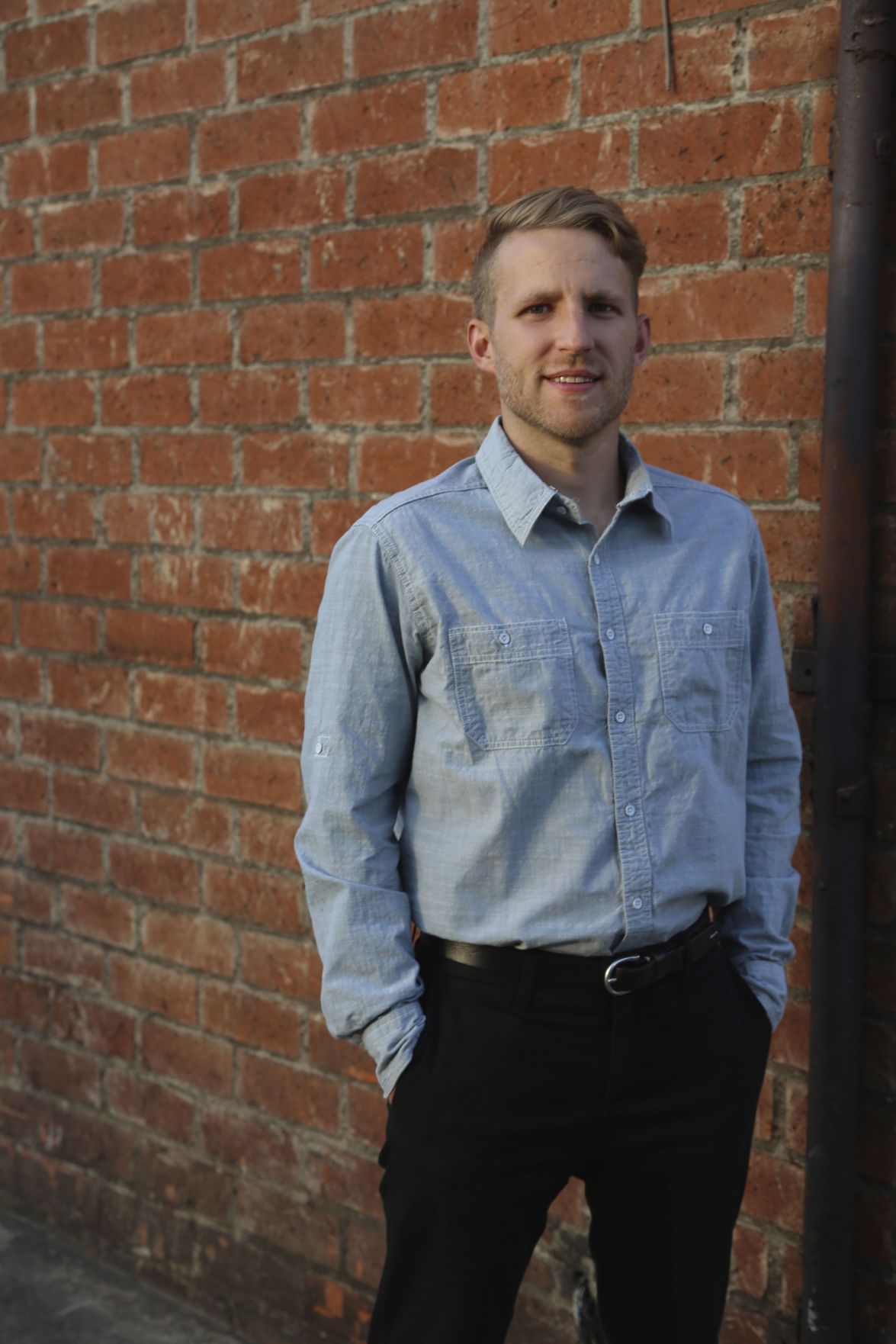 Madison native Johnny Clark was a host and one of the executive directors of the TV series "Project Afterlife." 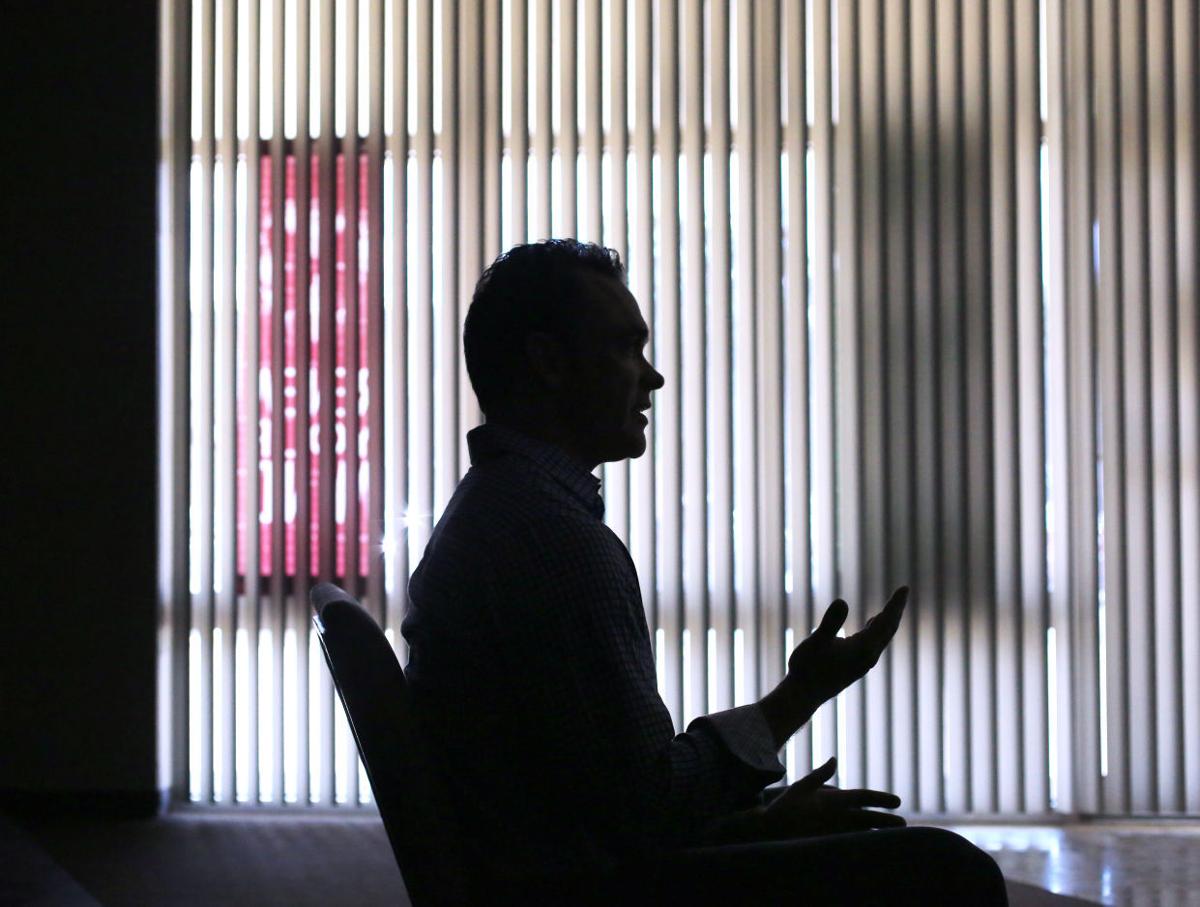 Minister Rodger Frievalt talks about the TV series "Project Afterlife" at Victory Center Church on Madison's East Side. The television show grew out of a movie directed by a close Madison friend.

Rodger Frievalt used to be a believer pretty much only once a week — on Sundays when he went to church.

Then, he said, miracles started happening before his eyes.

Healing the sick. Restoring vision to the blind.

And the dead returning to life.

Today the full-time minister of a Madison church, Frievalt plays a key role in “Project Afterlife” — a television series profiling people with first-hand stories of dying a sudden death, only to return to the mortal world.

The series stems from “Deadraiser,” a 2013 film made by Madison native Johnny Clark that also features Frievalt and deals with the same subject. Both men are fascinated by the mysteries of near-death experiences — for Frievalt, it’s evidence of the supernatural powers of God.

“I think we’re just scratching the surface here,” Frievalt said of the stories he’s heard from people around the country who are featured in “Project Afterlife.”

“Matthew 10:8 says, ‘Heal the sick … raise the dead, cast out devils,’” he said, quoting the Bible passage that made him wonder: “‘So where’s the raising of the dead happening, if this is a command of Scripture?’”

“Project Afterlife” is just the latest step in the spiritual life of Frievalt, 42, who left a career in the insurance industry three years ago to found Victory Center Church, located in the East Pointe Plaza on Madison’s East Side, with his wife Melissa. The nondenominational Christian church holds weekly services, Bible studies, and can help with “deliverance,” or exorcism for people who are struggling with unwanted spirits, he said.

He met filmmaker Clark a decade ago, when the Frievalts were “church shopping” in Madison and chose to attend Evangel Life Center, where Clark’s father was pastor. Frievalt and Clark, who shared a passion for rock climbing and other extreme sports, became close friends.

Making “Deadraiser” and more recently “Project Afterlife” — which began filming only eight months before it went on the air in August — was a way to explore a subject that has absorbed them both, Clark said.

“My personal take (on spirituality) is that Christianity, in all of its truth and wonder, is probably only 1 percent of what’s out there,” said Clark, 30, a La Follette High School graduate who is now based in the West.

“I think we still have a lot to learn,” he said. “My passion is really to get people to think, and I want to create things that start a conversation. I want to allow people to ask the difficult questions.”

Clark said he was struck by how “the huge sense of fear” the topic of death holds for many people is absent in those he’s interviewed for “Project Afterlife.”

Frievalt calls the primary message of “Project Afterlife” a “message of hope.”

“You think of the worst thing that can happen — the finality of death. And yet we have this faith that says ‘raise the dead,’” he said. “When we present it in a way where we can inspire hope, that to me is what it’s all about.”

After witnessing miracles while on mission trips abroad and talking to people in the U.S. about their near-death experiences, “honestly, I believe we can raise the dead,” Frievalt said. “I believe in miracles. I believe if we can conceive it and imagine it and believe it, it can happen.”

But resurrection from the dead can only happen “if the person who is being prayed for has ... some agreement to coming back,” he said. One episode of “Project Afterlife,” for example, profiles a woman who found herself in the afterlife thinking “‘This is awesome,’” Frievalt said. “She is so happy.” Then she thinks of her baby “and she knows she has to go back.”

“There were people praying for her on the other side, saying this woman is brain dead but she can be restored. That is happening in the natural world, but in the spiritual realm where this woman is, she’s thinking, ‘I really like it here, but I need to go back,’” he explained.

“When those two things intersect, then I believe that’s when (coming back from the dead) can happen.”

Making “Deadraiser” and then “Project Afterlife” “was a big risk,” said Frievalt, the father of two young children.

A number of people have reached out to tell their own stories, he said. After one screening of “Deadraiser,” a woman “came up to me and said, ‘I died in 1976.’

“She died and had this crazy afterlife encounter, and came back. She’s standing there crying and I thought, ‘Wow, this woman has been carrying this around with her for 40 years, and now she can talk about it.’”

“People don’t talk about this. They’re ashamed of it,” Frievalt said. “But what knowledge can we gain from that? That’s why I’m really excited about this show and being able to talk with these people who can come out and say, ‘I experienced that. Let me tell you what happened.’”

Where: Re-broadcasts will be shown on the Destination America cable channel; find show times at DestinationAmerica.com. The show is also available for purchase online at Amazon, iTunes and GooglePlay.

Seated in his church on Madison's East Side, minister Rodger Frievalt talks about the TV series "Project Afterlife," where he is part of a team that explores the stories of people who say they died but were brought back to life.

Madison native Johnny Clark was a host and one of the executive directors of the TV series "Project Afterlife."

Minister Rodger Frievalt talks about the TV series "Project Afterlife" at Victory Center Church on Madison's East Side. The television show grew out of a movie directed by a close Madison friend.