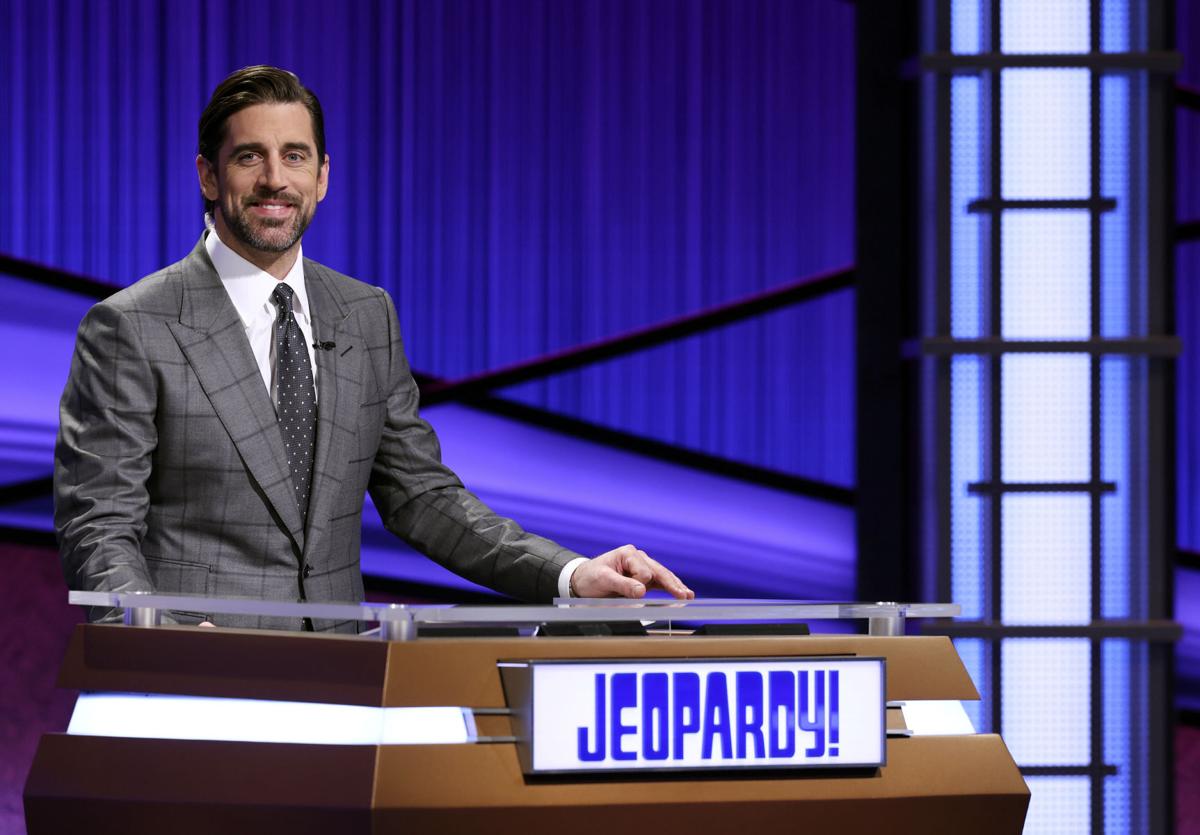 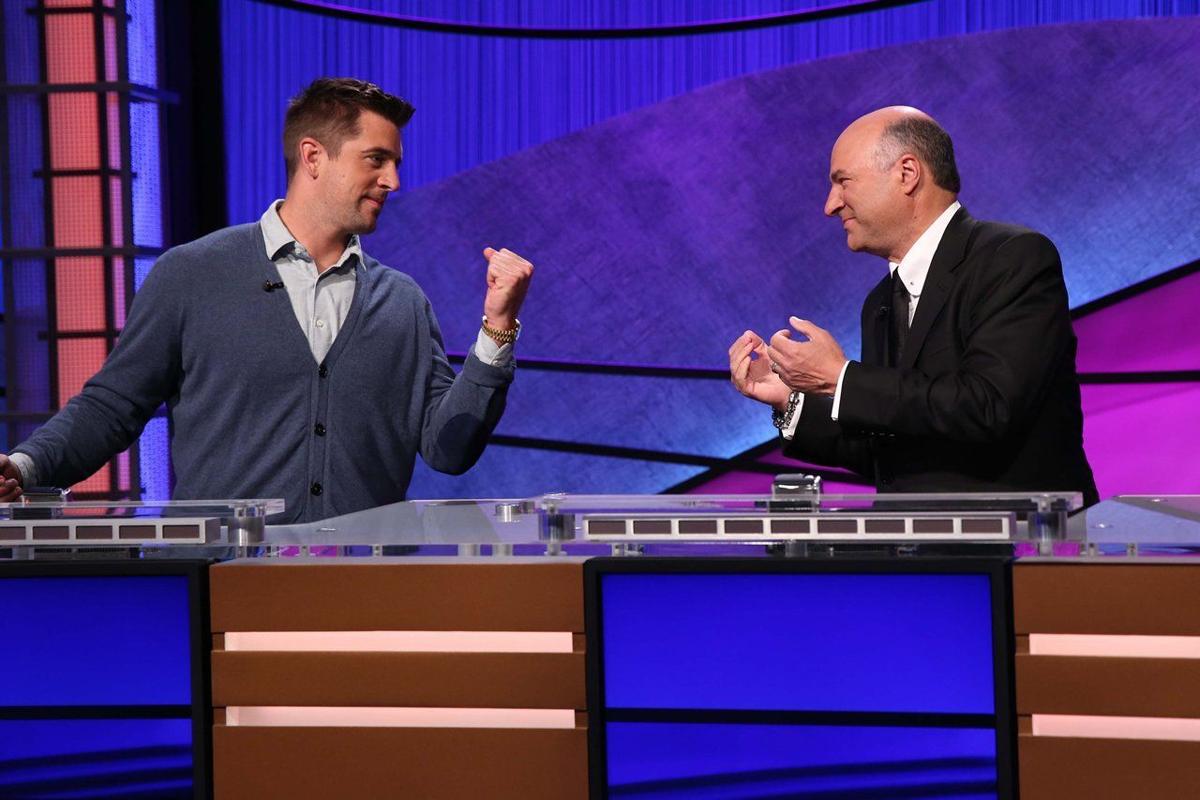 FILE - This image released by Jeopardy! shows Alex Trebek, host of the game show "Jeopardy!" Filling the void left by Trebek after 37 years involves sophisticated research and a parade of guest hosts doing their best to impress viewers and the studio that will make the call. (Jeopardy! via AP)

That was 1984. Decades later, filling the void left by the late Alex Trebek involves sophisticated research and a parade of guest hosts doing their best to impress viewers and the studio that's expected to make the call before the new season begins taping later this summer.

Sony has "the most robust team of people I have ever seen looking at this and analyzing it in a very cerebral way," said executive producer Mike Richards. "It's a real change from the way casting has traditionally been done on television."

"It's usually been a gut instinct of the head executive: 'How about that person?'" Richards said.

That was producer-entertainer Griffin's approach when he brought a syndicated version of "Jeopardy!" to TV, five years after the quiz show's last network iteration wrapped in 1979 on NBC. A word from Ball, of "I Love Lucy" fame, and Trebek's skill and experience sealed his hire.

Audience and critical regard for the Canadian-born Trebek grew over the years, which makes finding a worthy replacement both a gesture of respect for the late host and the means to protect a corporate asset. While ratings have shifted under the guest hosts, "Jeopardy!" remains among the top-ranked syndicated programs in viewership.

Trebek helped build the show's "display of excellence with his own excellence. And it's tremendously difficult to find somebody to replace him, not only because of the status that he had in the American imagination," said Deepak Sarma, a Case Western Reserve University professor and Netflix cultural consultant. "Anyone who is going to take his position will be judged in the end against this model of perfection."

Game show hosts of Trebek's era were usually radio and TV broadcasting veterans steeped in the genre, and almost invariably white men. Among the "Jeopardy!" subs are men and women of color and prospects from a variety of fields, including NFL quarterback Aaron Rodgers.

The approach makes sense to Louis Virtel, a longtime fan whose vantage point is informed by writing for a game show ("Match Game") and competing on "Jeopardy!" in 2015.

"It's great to see all these different fill-ins. I'm open to suggestions, and I think most people are," said Virtel, a "Jimmy Kimmel Live!" writer and co-host of the "Keep It" podcast. "'Jeopardy!' is a one-of-a-kind show, and the replacement should be tailored to the game."

What makes for a good "Jeopardy!" host?

"I think establishing a sense of comfort (so) the audience just eases into the game," Virtel said. "Also a sense of stakes, that a real tough game is being played. It's called 'Jeopardy!' for a reason. The host is there to make sure we're all on our toes."

The try-outs are an unusually public form of auditioning, one that could cause flop sweat even for veteran emcees. For actor Bialik of "Blossom," "The Big Bang Theory" and "Call Me Kat," any nerves were crowded out by the demands of the job — and she's a neuroscientist.

"There is very little room for not being 100% dialed in to the job of hosting when you are on that stage," Bialik said in an email. It proved the most "joyful, challenging, transcendent act I have undertaken — second only to giving birth to my second son on the floor of my living room."

Back in the day, there were only a handful of pioneers like Betty White, the first female game show host to win a Daytime Emmy (for 1983's "Just Men!"), and Adam Wade, a Black singer who hosted the 1975 game show "Musical Chairs." Wayne Brady, Steve Harvey and Meredith Vieira are among those who made further inroads, with pressure only growing on the entertainment industry to reflect America more broadly on screen.

But taking over for an authority figure like Trebek is harder on women and others not typically seen in such roles, said Sarma.

"The sorts of expectations placed on a person of color in a leadership position are usually higher than those placed on a white person in position of power," he said, and any error or "slight movement against the norm is jumped upon ... as some tremendous mistake."

There could be backlash from those resentful that Trebek isn't replaced like-for-like, which Sarma said isn't far-fetched in this period of social discord.

Series producer Richards, the second temporary host after Trebek's pancreatic cancer death last November at age 80, holds an optimistic view despite the prospect of online trolls and whatever their gripes about the newbie may be.

"My hope is that whoever is chosen will be given a chance to prove why they were chosen, without too much static," he said. "Ultimately, we are trying to put out the best product for our fans. That tends to narrow your focus to a pretty nice North Star, as opposed to, 'What's the internet going to say?'"

Copyright 2021 The Associated Press. All rights reserved. This material may not be published, broadcast, rewritten or redistributed without permission.

Center Stage: The politics of Aaron Rodgers vs. the Packers

On this week's political podcast, Milfred and Hands highlight how politics shapes our views of the MVP quarterback's controversial standoff and potential split with the Green Bay Packers.

Contestant Scott Shewfelt was stumped on the final question of the episode that aired Monday, so he asked about a certain decision.

Is Aaron Rodgers’ future in ‘Jeopardy’? Packers QB 'would love to’ be game show’s full-time host

Aaron Rodgers reiterated his standing with the Packers remains a “beautiful mystery,” but shed little light on where things stand with the team following CEO Mark Murphy’s non-answers about Rodgers’ situation last week.

“I don’t know him as a football guy,” actor Shailene Woodley said of Aaron Rodgers. “I know him as like the nerd who wants to host ‘Jeopardy!’. ”

As heat continues, later Friday into Saturday only chance during next week to break southern Wisconsin’s June drought

The best chances for storms will be this evening into the overnight, with severe storms featuring hail and high winds possible, according to forecasters.

FILE - This image released by Jeopardy! shows Alex Trebek, host of the game show "Jeopardy!" Filling the void left by Trebek after 37 years involves sophisticated research and a parade of guest hosts doing their best to impress viewers and the studio that will make the call. (Jeopardy! via AP)