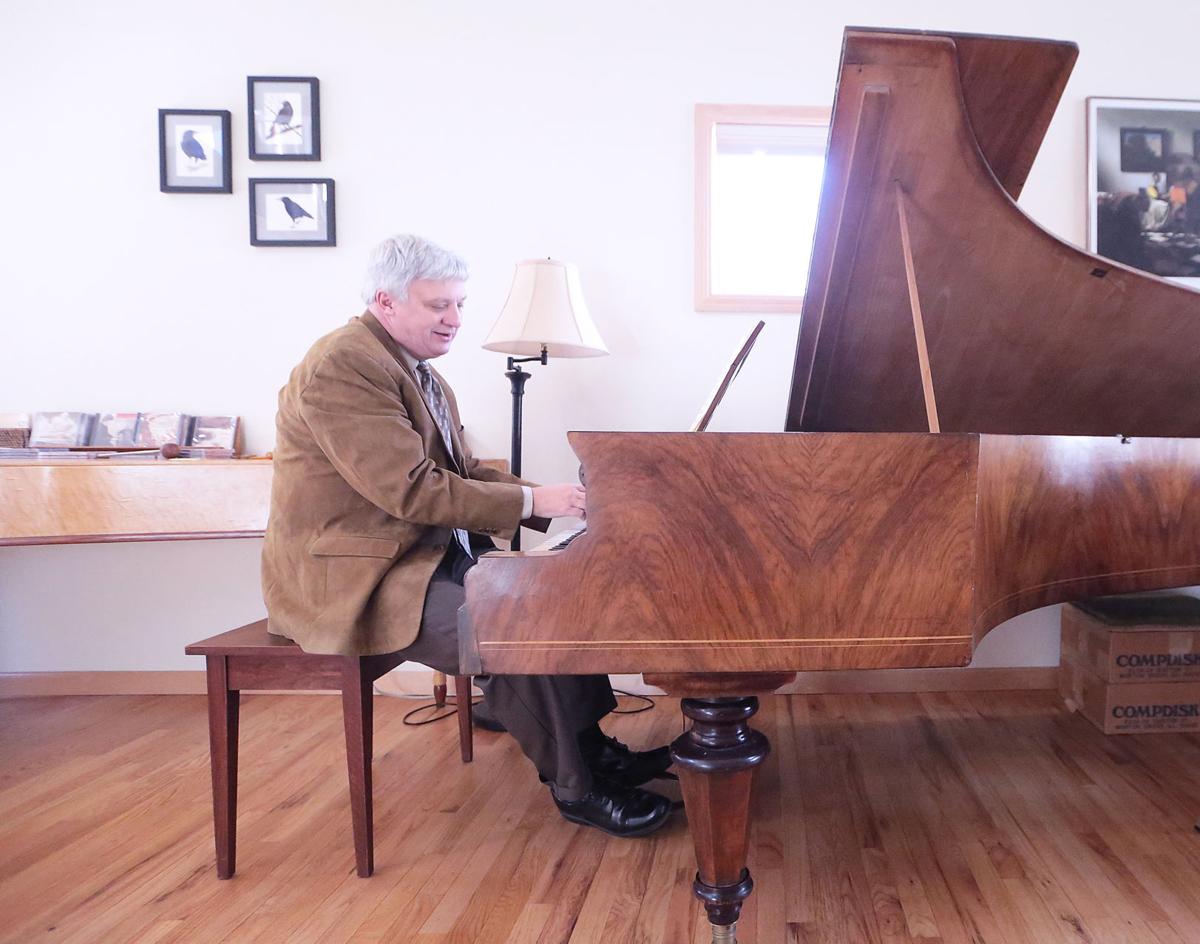 Trevor Stephenson, founder and artistic director of Madison Bach Musicians, describes the aura of the "St. John Passion" as "cobalt blue". He said that the piece has a much harder edge than Bach's "St. Matthew Passion" since it focuses largely on Jesus' crucifixion rather than his humanity as the "St. Matthew" does. 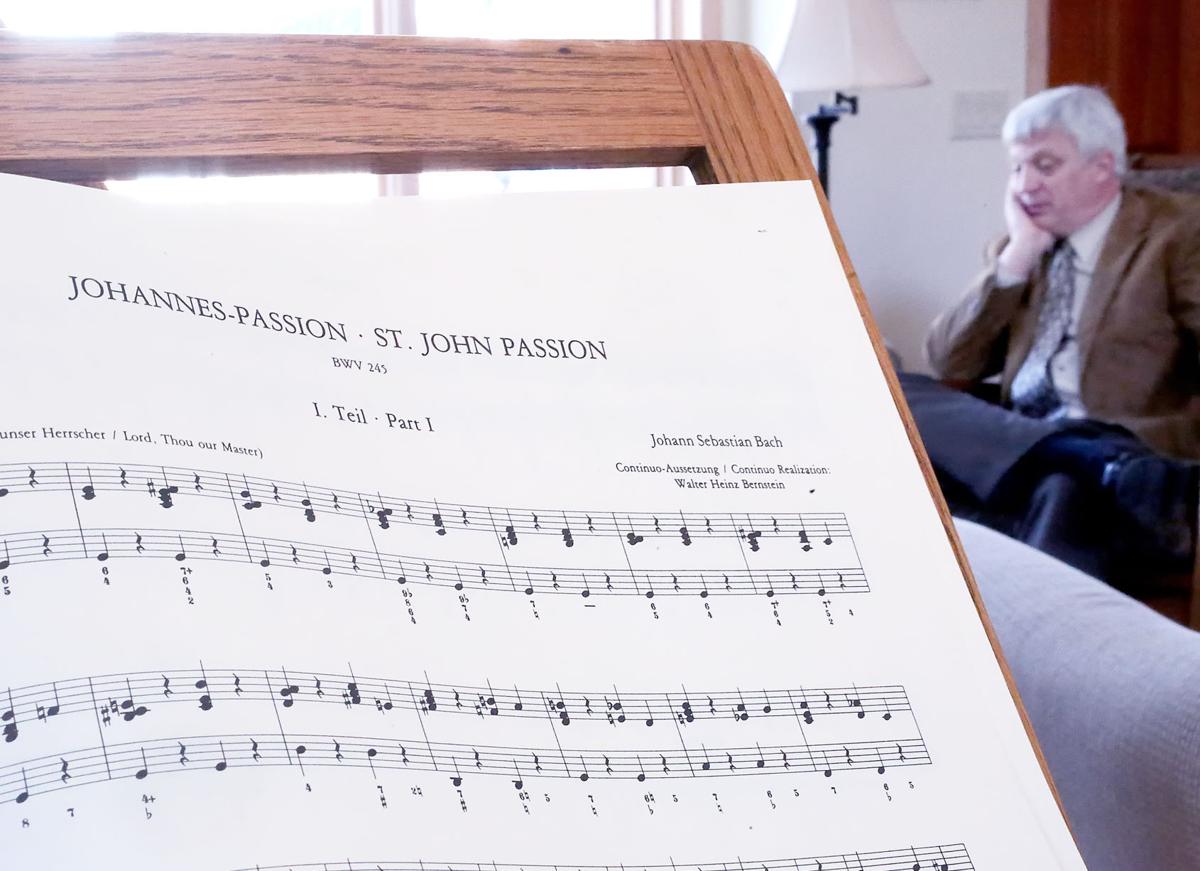 Madison Bach Musicians will use period instruments to perform "St. John Passion" to attempt to recreate what it could have sounded like when it was first performed in 1724. 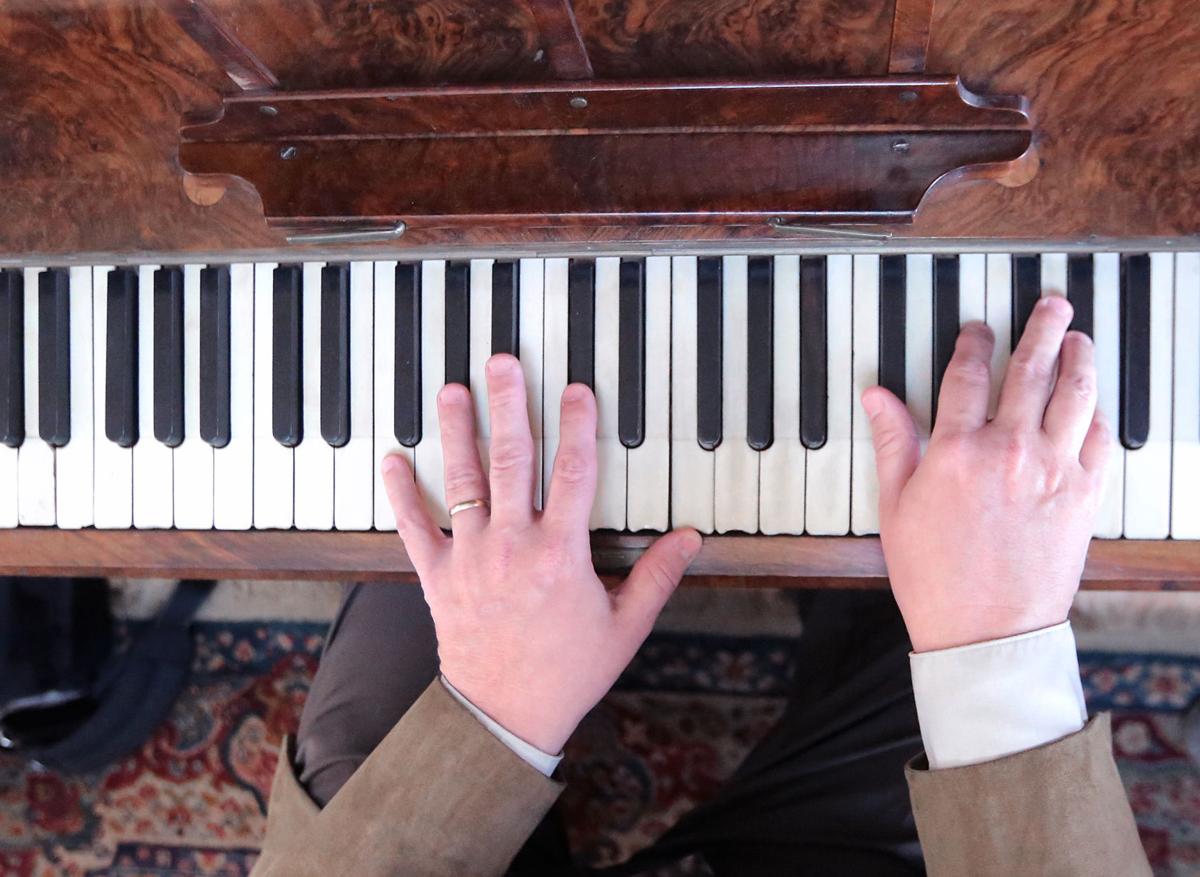 Trevor Stephenson said musicians are often "divided between Matthew and John." The "St. Matthew Passion" is more "huggable" than the "St. John" which makes it a little more popular, he said.

J.S. Bach's "St. John Passion" has only been performed with historical period instruments once in Wisconsin -- in 2010 by the Wisconsin Chamber Choir. The Madison Bach Musicians intend to change that on Friday and Saturday when they undertake the second performance.

The work will be performed at the First Unitarian Society Atrium Auditorium, 900 University Bay Drive, nearly 300 years after its debut performance on Good Friday in 1724.

Audience members may be more familiar with Bach's "St. Matthew Passion", which "resurrected Bach", but the two are quite different, according to MBM founder and artistic director Trevor Stephenson.

"The 'St. Matthew Passion' was interesting because it was about Jesus' humanity," he said. "Unlike the 'St. John' which is about the inevitability of the crucifixion. 'St. John' is very metaphysical and cosmic, like it's already happened. It's told in the present tense as a story that's unfolding. The text emphasizes the fact that this is a cosmic event that has to be."

The work tells the story of Jesus' betrayal and crucifixion through song and Biblical passages.

MBM will perform the piece on Baroque instruments so the music will sound likely as it did when it was first performed in 1724.

"When you use period instruments with people who do it week in and week out, it makes the music sound more like it was just written," Stephenson said. "Because these instruments speak faster, they have richer overtones and they're more immediate sounding. The irony is that the older instruments make the music sound newer."

When Bach was composing for his church in Leipzig, Germany he wrote a cantata a week for the Sunday service, according to Stephenson.

The weekly cantatas would often run around 30 minutes, but the Passions are about two hours worth of music that would be divided into two parts to make room for a likely hour long sermon in the middle -- which made for a lengthy Good Friday service.

Churchgoers would like have been happy to stay and listen, however, since the Passion performances also came after six weeks with no music in the church in observance of the Lenten season.

"Nobody had email to check, so this is what they did," Stephenson said. "this was the most important part of their life to understand the story."

Bach's Passions are as close as the Lutheran Church would have gotten to performing opera, according to Stephenson.

The performance will remain in German as it was originally written with English supertitles provided. Stephenson will also conduct a 30 minute pre-concert lecture to address the history of the piece.

"St. John Passion" is a complex work with a great deal of intricacy behind it.

For instance, along with the lyrics of the piece, Bach included a lot of "word painting" in the music itself.

Stephenson said "word painting" is when the music directly represents what is going on within the story.

"Bach is trying as much as possible to show you the emotion as it goes on," he said.

Adhering to what is believed to be the original circumstances of the piece, MBM attempts to give audiences a glimpse of what the original performance of "St. John Passion" could have sounded like.

But it isn't just for the audience that MBM continues performing pieces on period instruments. Musicians too get a special experience out of period performances since the instruments can speak more quickly than their modern day counterparts.

Student rush tickets may be available at the door 15-20 minutes before the pre-concert lecture for $10 with a valid student ID.

Advance tickets can be purchased online at madisconbachmusicians.org, in person at Orange Tree Imports, Farley's House of Pianos, Room of One's Own and Willy Street Co-op (East and West).

"We hope that reducing ticket prices to a minimum will encourage folks to come out on Wednesday nights,” orchestra CEO Joe Loehnis said.

Even if you’re not nuts about the music of Joan Baez, Crosby, Stills, Nash & Young and others (I’m not), the film is worth watching for its portrait of people at a striking moment in time. An Oscar winner for best documentary, it’s a triumph of editing and reporting that is much more than a concert film.

Black church music has been around for centuries, but gospel only became codified as a genre about a century ago, as this jubilant film reveals. There’s plenty of archival footage that traces the history of the form through the lens of “father of gospel music” Thomas Dorsey, who wrote “Take My Hand, Precious Lord,” the Martin Luther King Jr. favorite that figures prominently in “Summer of Soul.”

It’s impossible to encapsulate a life in a couple of hours but the genius of this Liz Garbus biodoc about Nina Simone is that it doesn’t pretend to. The jazz/blues/pop singer was an incredibly complicated person, which the film reveals with archival interviews, intimate performance footage and chats with those who knew her, including her daughter. It plays out like snapshots of a rich but difficult life and, because Garbus is modest about her intentions, those snapshots add up to a fascinating portrait.

9 songs to add to your pool party playlist

These songs all have the end goal being something you’d want to crank up on a road trip to the lake or beach or maybe just an afternoon spent at the backyard pool.

Jonathan Demme’s work seems simple: a concert film so narrowly focused that we rarely even see the audience. But Demme and Talking Heads structured the concert ingeniously, beginning with just singer David Byrne and gradually building both the size of the band and the sound of the music. Byrne’s hypnotic performance is the focus of the movie but Demme also attends to quirky bassist Tina Weymouth and singers Lynn Mabry and Ednah Holt because they’re all stars. You could pair “Sense” with Spike Lee’s “American Utopia,” a Byrne performance that further illuminates his surreal performance style.

Trevor Stephenson, founder and artistic director of Madison Bach Musicians, describes the aura of the "St. John Passion" as "cobalt blue". He said that the piece has a much harder edge than Bach's "St. Matthew Passion" since it focuses largely on Jesus' crucifixion rather than his humanity as the "St. Matthew" does.

Madison Bach Musicians will use period instruments to perform "St. John Passion" to attempt to recreate what it could have sounded like when it was first performed in 1724.

Trevor Stephenson said musicians are often "divided between Matthew and John." The "St. Matthew Passion" is more "huggable" than the "St. John" which makes it a little more popular, he said.