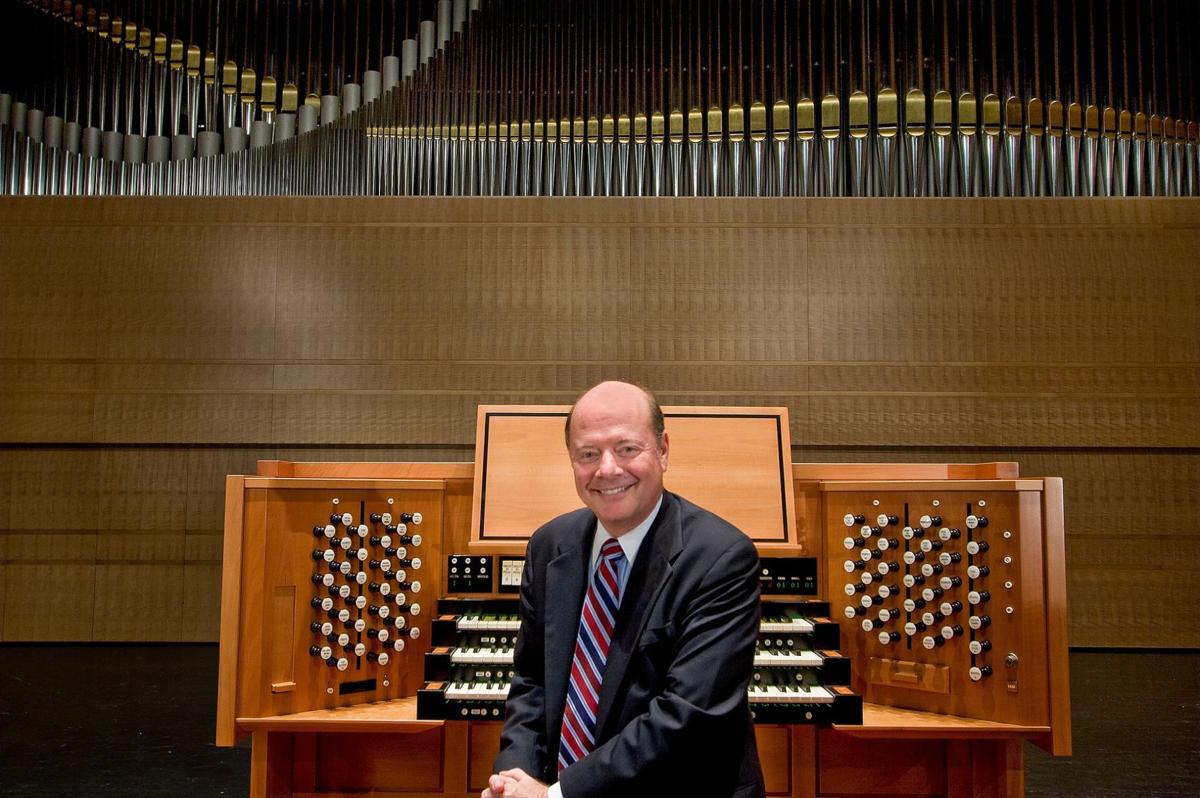 Samuel Hutchison, principal organist and curator for Madison Symphony Orchestra, said there has been unbelievable support for the symphony's Overture Concert Organ. He believes, in part, that the support is so strong because audiences got to experience the organ right away when Overture Hall opened in 2004. 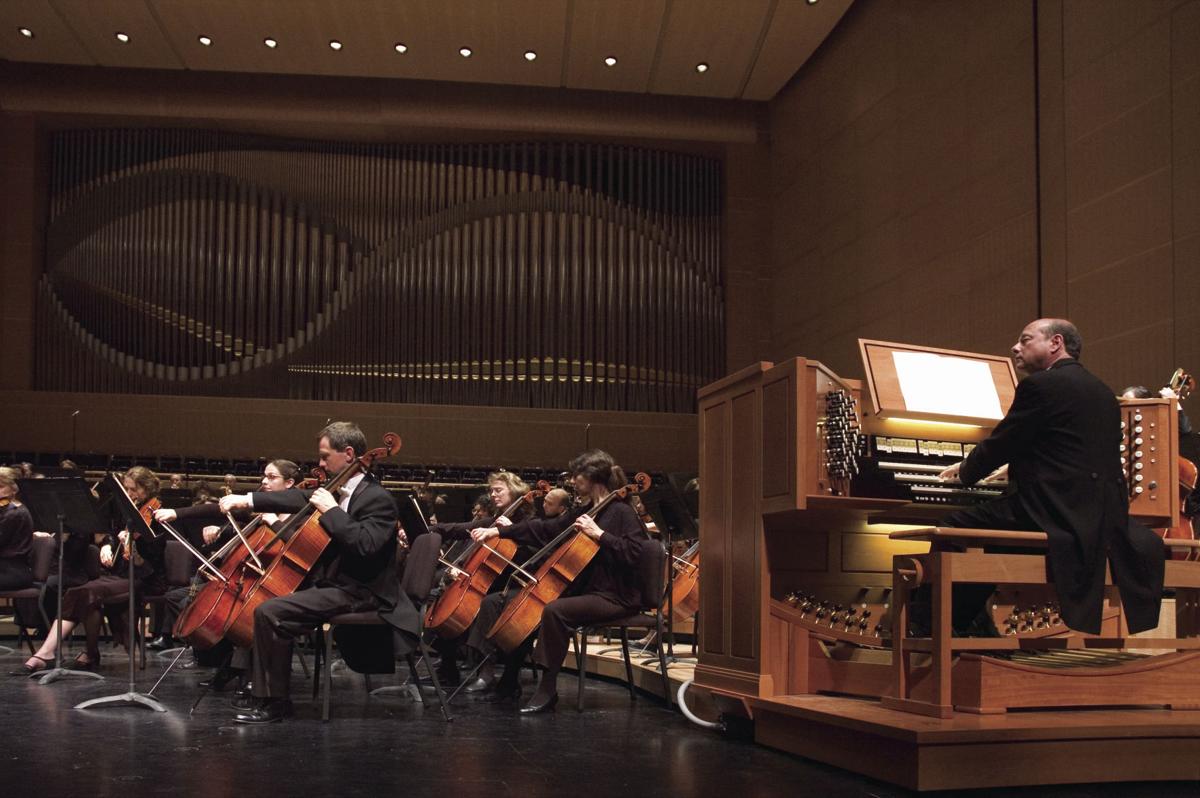 Samuel Hutchison said the organ has been a "lifelong fascination" for him and having the opportunity to play in a "sermon-free zone" is an enviable job for many in the organist community.

More than a decade after its stage debut, Samuel Hutchison is still in awe of the Madison Symphony Orchestra’s Overture Concert Organ.

“To think, still to this day, every time I walk onto the stage and see that incredible façade it almost isn’t real,” Hutchison, MSO principal organist and organ curator, said.

Since the organ’s premiere in the fall of 2004, Hutchison has been watching over the symphony’s $1.6 million icon. Even before it was the beloved piece of Madison’s performance scene Hutchison was on the committee formed to commission the instrument.

The organ, belonging to MSO but housed in Overture Hall, has been a large part of Hutchison’s life, but now he’s retiring and entrusting the curating task to another musician.

As of Wednesday, Hutchison will leave his post as the originator of the Wayne Curtis & Maybell Slavens Hall and Francis Vincent & Lettie von Kalweit Dunnebacke Curatorship with MSO.

For Hutchison, his relationship with organ instruments has been a lifelong one.

He began piano lessons at the age of 4 and connected with an organ teacher once he was tall enough to reach the pedals.

“Through regular attendance at church the organ was always a fascination for me,” Hutchison said. “The sounds, the keys, the stops and the physical aspects of it was always fascinating for me.

“... it was a lifelong fascination I would say began as I was just a little guy.”

That love of the organ blossomed for Hutchison into a performance-filled career. He has performed in spaces like Overture Hall as well as in places such as St. Paul’s Cathedral in London, Notre Dame and St. Étienne-du-Mont in Paris.

But the opportunity to work with MSO, in many ways, was a dream job for Hutchison.

Being part of a community that appreciates the organ too and having generous donors who gifted the funds for both the organ itself and also the curatorship was unbelievable as well, he added.

Hutchison said the many facets of the job and the monumental support for the organ and its programming has inspired him throughout the years and allowed him to exercise his creativity.

“The fact that we have this instrument in Madison is so incredible,” he said. “When the hall was opened in 2004, over the course of the first week 100,000 people heard the organ. Had that event happened in New York City, they would’ve needed at least 20 concert halls to accommodate that population. There is not a single concert hall in New York City with a pipe organ.”

Embracing Madison’s unique instrumental gem is a task that Hutchison has taken to heart throughout his 16-year tenure with MSO.

Presence of organs in churches has seen a marked downward change in the last 15 years, but things are starting to turn back around, he said.

According to Hutchison, churches are beginning to re-incorporate organs in their services as a means to get back to their traditional musical roots and he’s hopeful that it will invigorate an appreciation of that music in young attendees.

He hopes that in a similar vein his successor, 25-year-old Zelek, will bring in a variety of younger people to enjoy organ music and hopefully continue Hutchison’s master class programming to shape the work of young organists.

“It’s been really wonderful to encourage young souls to go for it,” Hutchison said of his mentoring young musicians.

Zelek’s will undoubtedly make his own mark on the program and Hutchison is happy to see the organist fill his shoes.

Hutchison’s final performance on stage at Overture Hall was in May although he hopes, perhaps, he will be asked back to play again in the future. In the meantime, he has the utmost faith that his position with MSO is in good hands with Zelek.

“Probably much better hands,” Hutchison quipped. “He has bigger fingers than I have.”

Linda Mintener has been practicing law and playing the flute for many years — and will be honored for finding a way to combine those talents with the National Flute Association’s 2017 Distinguished Service Award .

Madison Tango Society has seen a significant increase in membership in the last five years from 60 to 120 members.

Samuel Hutchison, principal organist and curator for Madison Symphony Orchestra, said there has been unbelievable support for the symphony's Overture Concert Organ. He believes, in part, that the support is so strong because audiences got to experience the organ right away when Overture Hall opened in 2004.

Samuel Hutchison said the organ has been a "lifelong fascination" for him and having the opportunity to play in a "sermon-free zone" is an enviable job for many in the organist community.