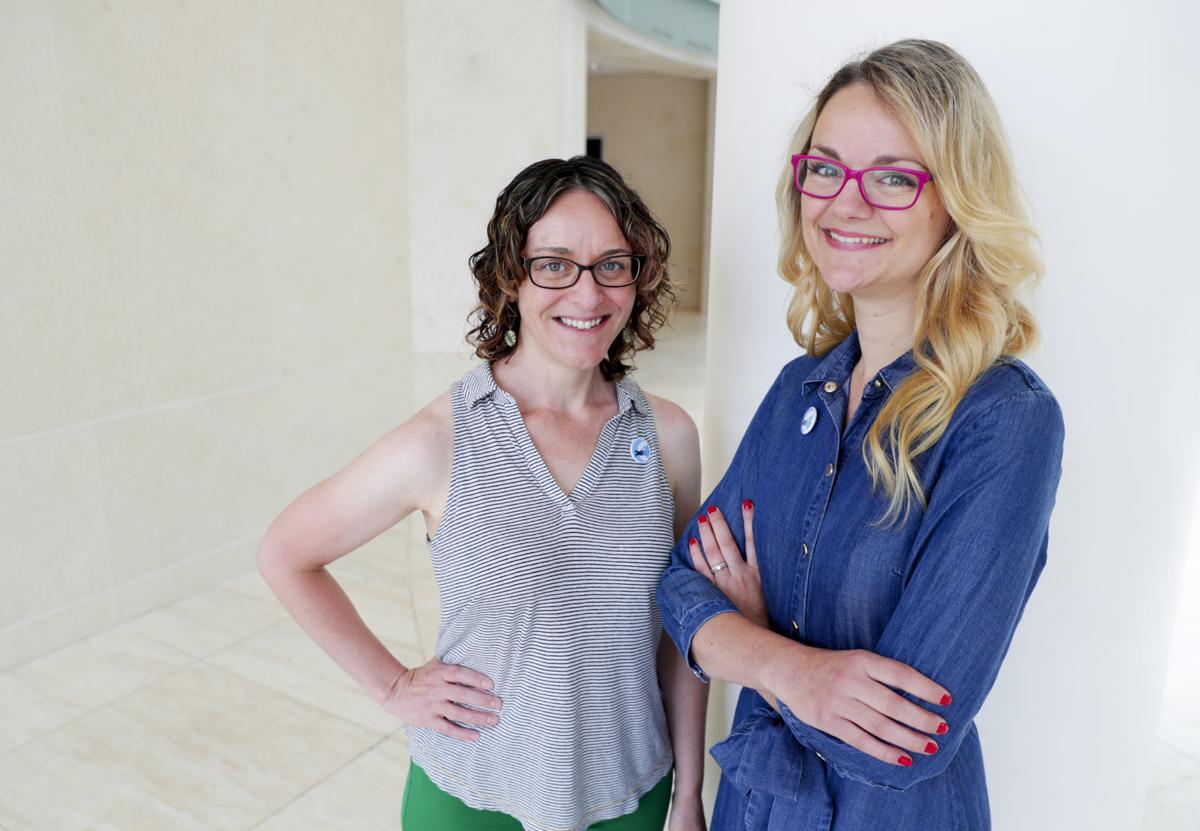 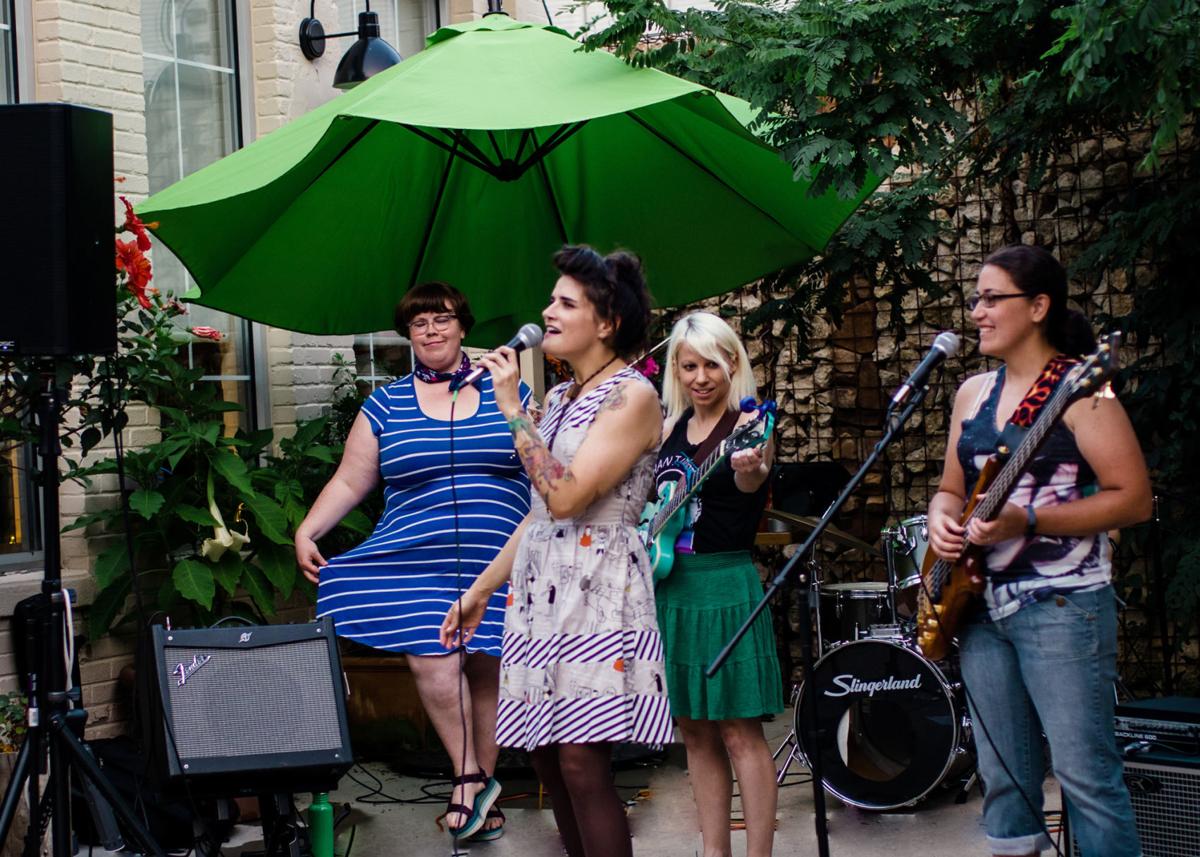 The band Tiny Dinosaur will be featured during the "Starry Night" after-hours show Saturday as part of the LunART Festival. 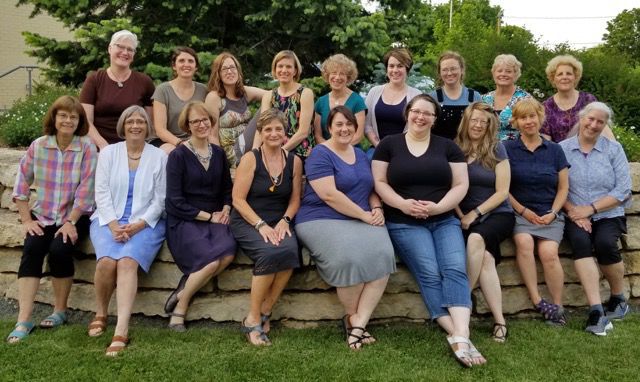 The new ARTemis women's choir will perform as part of the upcoming LunART Festival in Madison. 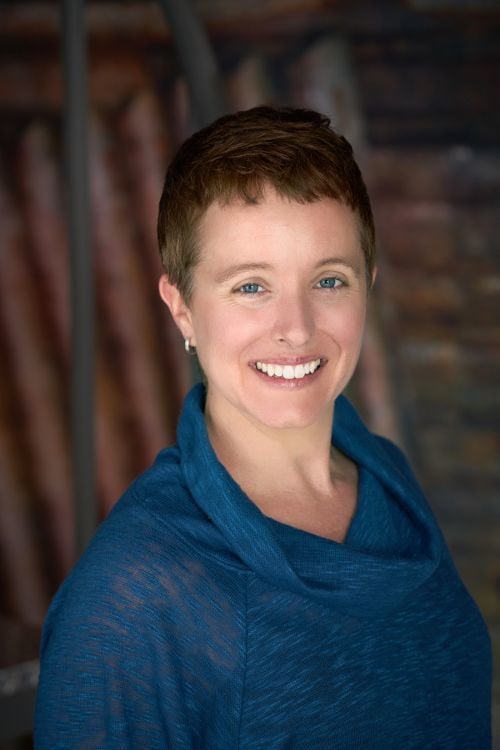 West Coast composer Jenni Brandon is composer-in-residence for the LunART Festival in Madison in its inaugural year. 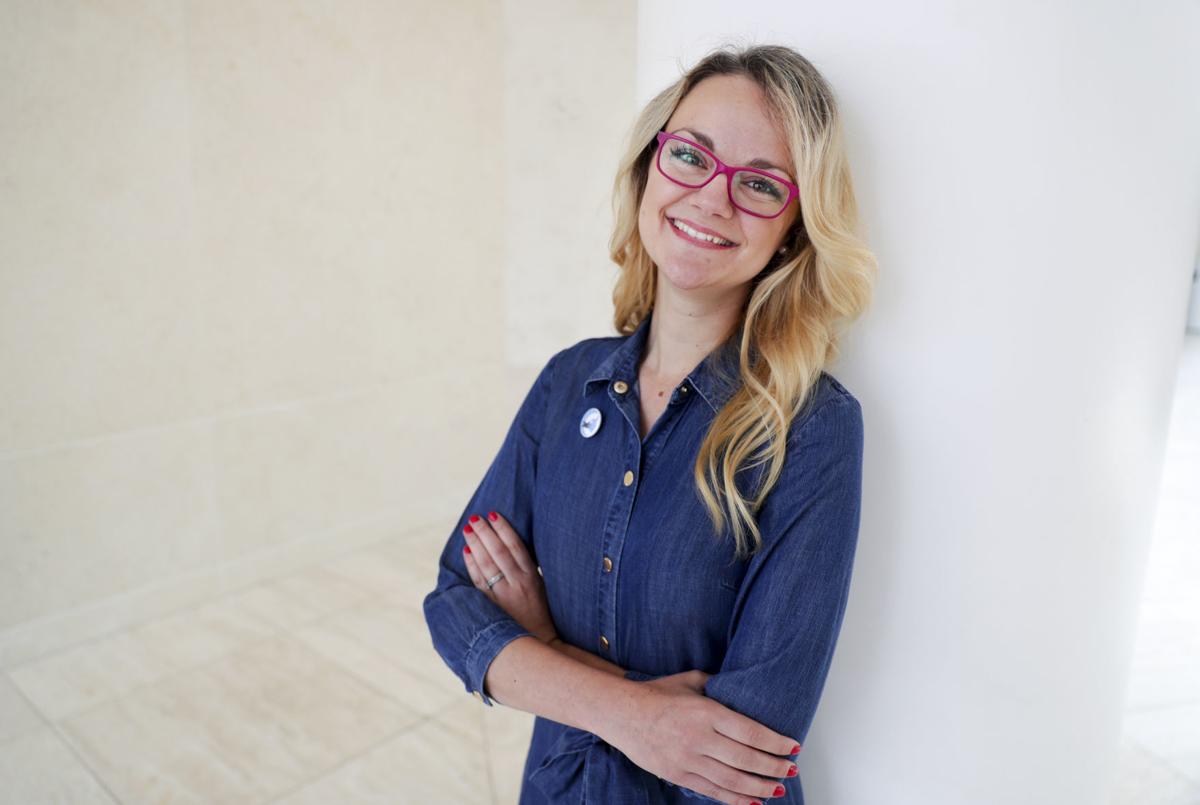 Serbian flutist Iva Ugrcic, founder of the upcoming LunART Festival in Madison, came to the U.S. for doctoral studies and also to escape the gender inequities she said she faced as a musician in Europe.

Iva Ugrcic moved to the United States because, as a musician, she was frustrated with gender inequality on her home continent.

Now she’s launching a three-day festival that will try to move the scales in the direction of equality — by celebrating literature, visual art, dance and music of many genres, all created by women.

The LunART Festival takes place Thursday, Friday and Saturday with performances in or near Downtown Madison. What started as a small idea has grown into a broad range of talks, workshops and musical premieres showcasing dozens of talented women and men.

The evening gala concerts titled “Moon Dances,” “The Woman with the Unfathomable Eyes,” and “Women’s Voices” will feature a broad range of musical works, paired with dance, poetry, photography or other visual arts. Tickets are $20; $10 for students.

Many more events are free. A master class will teach emerging composers how to get their work on stage. Lectures will address the roles of women in the music industry and opportunities as arts entrepreneurs.

And late-night offerings such as the monologue readings titled “That’s What She Said,” plus “Starry Night,” featuring a female singer-songwriter and a rock band, will add to the variety.

“It’s been a trend, definitely, for largely women performers to produce a CD of women composers, or to do their dissertation on a female composer,” she said. “But it feels like it stops there. People say, ‘Pat yourself on the back — you included a woman composer.’”

For “women creators of art, it’s work for them to get their work recognized, and I think they are thought of as tokens,” Medisky said.

“Our idea is to basically create a platform, and they can expose their work, and find a space where they can collaborate and express their voices and share their work with the rest of the world,” she said.

Ugrcic, a flute player, completed her doctorate at UW-Madison last year, studying with now-retired flute professor Stephanie Jutt. Already she has made a mark on the region: She is a member of Black Marigold and the contemporary music ensemble Sound Out Loud, which won The American Prize in Chamber Music Performance 2017-18, and also serves as artistic director for the Rural Musicians Forum Concert Series in Spring Green.

“I was born and raised in Serbia, did my undergrad there, and had many, many problems – not only of an economic and political nature,” Ugrcic said. “I think the biggest problems I had were (due) to gender inequality and the position of a woman, not only in the arts, but in general.

“I was body shamed. I had problems just establishing myself as an artist. That followed me with my master’s degree in Paris, and working in Germany — I felt the same thing,” she said. “I decided to leave Europe and come here for my doctoral studies.”

In the U.S., Ugrcic said, she “absolutely” has found more gender parity. “And I feel I can express myself. I can say, ‘This is a problem and we need to work on this.’ In Europe, and especially in my country, that was absolutely not the case.”

However, female composers are still hugely under-recognized, and “women have unbelievable problems to get their works out,” she said. Ugrcic did her doctoral dissertation on the little-known female Romanian composer Doina Rotaru, and has programmed a work by Rotaru in the LunART concert “Moon Dances” Thursday night.

Medisky noted that in the international music world, including in the U.S., too often “We have to have a man’s OK, and a woman has to prove herself to show that she’s at his level.”

“It’s not like there’s a toxic environment in general to be a woman in music. But there are micro-aggressions — just old, stubborn ways of doing things,” she said.

“All those things that are present in women’s lives” in general are echoed in the music world, Medisky said. For example, Ugrcic said that early in her career, “I was told I was too skinny, and not built to be a musician.”

“What we’re doing (with LunART) is not groundbreaking,” Medisky said. “It’s just challenging the norm.”

Formal planning for LunART started only a little over six months ago, after a conversation among musicians at the annual International Double Reed Society conference, held at Lawrence University in Appleton last fall.

Over a casual breakfast, “We started talking about the position of a woman composer in the arts,” Ugrcic said. “It was actually the first time I expressed my desire to do this sort of festival.

“And they all said, ‘Yes, that’s amazing — you should start it!’ That just reinforced my belief that it’s absolutely needed.”

Medisky quickly got on board to help her, and West Coast composer Jenni Brandon signed on as LunART’s composer-in-residence.

“We put out a call for scores in November, and had 95 submissions from 25 countries — all women,” Medisky said. “That’s just proof that they’re looking for a platform.” (The selected scores will be performed at LunART’s gala concerts.)

At first, LunART was going to focus on classical music. But soon plans grew to include dozens of diverse musicians, plus dance and choreography, poetry, photography, a marimba ensemble, and the ARTemis Women’s Choir, organized for LunART by Edgewood College instructor and Christ Presbyterian Church music director Kathleen Otterson.

“There’s such a vibrant music scene in Madison, with so many genres,” Medisky said.

“And I know Helen Avakian, an award-winning fingerstyle guitarist, and I knew she would love this,” said Medisky, who invited Avakian to perform.

The festival’s momentum has been building, in part, thanks to the personality traits that Medisky and Ugrcic share, the two women said.

“I would say we’re both high achievers and overachievers,” Medisky explained. “We have similar work ethics and it’s a pretty good partnership.”

“It’s amazing,” Ugrcic agreed. “I feel extremely lucky that I met (Medisky), that she joined this team. This would not have this form if she were not here. We started with having 15 artists to having 85.”

Even bigger next year

There’s already been interest from galleries and other artists who want to collaborate with LunART next year, Ugrcic said. Eventually, she envisions an annual festival that last 10 days, “with big theater productions, and big choreographers coming in, and artists” from around the world. And that includes men.

“We want to present works that are created by women, but that doesn’t mean that men are not welcome,” said Ugrcic, noting that a number of male musicians are on the LunART program this year.

“We have open doors for them, but they need to believe in our ideas. They need to be feminists,” she said. “We didn’t want to exclude men. That’s the point – because we are fighting against them excluding women in programming, so we didn’t want to do that. But we want to celebrate women’s creations.”

Thanks to ambitious fundraising, including about $5,000 raised through online crowdsourcing, all of LunART’s musicians will be paid.

“A lot of them donated their money back, because they believe in the goal” of the festival, Ugrcic said. “We wrote eight to 10 grants, and (paying musicians) was our main goal. It is a small honorarium, but we can do that now, and we’re extremely proud of that.”

Arts venues and churches have donated space or given the group discounts, she said. LunART also won second place in the UW’s 2018 Arts Business Competition.

LunART was strategically scheduled for the weekend that falls between two other established summer music festivals in Madison: Bach Dancing and Dynamite Society in mid-June, and the Madison Early Musical Festival at UW-Madison in early July.

“We have friends in all those organizations, and we didn’t want any competition with anyone,” Ugrcic said. “But with our programming, with our vision, we are definitely not. We’re targeting completely different audiences, and we’re offering different things.”

A lot of people told Ugrcic she should program LunART “50/50,” she said. “‘You’ll need Bach and Handel (and other male composers) or you will run out of ideas in a couple of years,’” they told her.

“I said, ‘No, no. As long as there is humanity, there will be women artists,’” she said. “And we will never, ever run out of ideas for this festival.”

When: Thursday through Saturday

Sandra Gajic will be the first woman to lead the Overture Center. She was most recently the director of Vancouver Civic Theatres.

The band Tiny Dinosaur will be featured during the "Starry Night" after-hours show Saturday as part of the LunART Festival.

The new ARTemis women's choir will perform as part of the upcoming LunART Festival in Madison.

West Coast composer Jenni Brandon is composer-in-residence for the LunART Festival in Madison in its inaugural year.

Serbian flutist Iva Ugrcic, founder of the upcoming LunART Festival in Madison, came to the U.S. for doctoral studies and also to escape the gender inequities she said she faced as a musician in Europe.