Todd Cambio has made guitars in the workshop behind his home on Madison’s North Side for many notable musicians.

They include British singer-songwriter and guitarist Mark Knopfler of the rock band Dire Straits; the late folk musician Mike Seeger, a half-brother of the late Pete Seeger; and Elijah Blue Allman, the son of singer Cher and Gregg Allman of the Allman Brothers Band.

Cambio, 49, has made close to 300 guitars in the 17 years since he founded Fraulini Guitar Co., and gave it his grandmother’s maiden name.

Cambio designs guitars that were favored in the early 20th century, instruments that were ignored or neglected by other guitar makers, but made an important contribution to the sort of music that preceded rock and roll.

He said he’s studied the old-time builders and their instruments, and crafts his Fraulini guitars using those same methods.

“I didn’t have a direct teacher,” Cambio said. “I learned from their instruments and from what little I can garner from reading about them or from photographs of them working in their shop. I do a lot of detective work.”

He said there are musicians who want to play old guitars, but they don’t want to deal with an antique instrument. “I can essentially make something that is new, but is like an old instrument, sounds like it, but is just less of a hassle, more reliable, less maintenance.”

Cambio was born in Chicago, and grew up on a dairy farm in Bristol, 14 miles west of Kenosha, where he went to high school. As a teenager, he made frequent trips to Chicago to sit in with blues musicians.

He spent his college years at UW-Madison playing harmonica and upright bass on State Street with guitarist Catfish Stephenson. Cambio was a founding member of the Cash Box Kings, but no longer plays with the band.

It seems like there’s great demand for your guitars.

There is. And it’s mainly because the way I’m doing it has largely been ignored certainly by the bigger guitar makers, but also by a lot of the smaller makers.

How long does it take you to make each one?

That varies depending on if it’s a basic model or something with more ornament, or inlay, or sort of decoration around the top of the guitar. Some of that stuff is very labor intensive and takes quite a while. So, I could build something in a week. But typically, it takes me a month and a half, two months, to build something and I’ll have a few instruments going at one time.

Is it hard to ship them overseas?

Yes. It’s costly. I ship them in a hard case and I also make cases sometimes, but not all that often. So, they’re in a hard case, a shipping box packed with bubble wrap and packing peanuts. I pretty much use UPS exclusively to ship and they do an excellent job.

How much do your guitars cost?

It’s hard to keep up with all the well-known musicians who have your guitars.

So, I’ve made them for rock-and-roll people who kind of prefer (privacy). But the people I’m more proud of are the folks who play more traditional music who use the instruments all the time. A rock-and-roller person might have a guitar, but whether or not they use it, you never know. But the more traditional people use their guitars every day, all the time ... Paul Geremia was a great player who used my guitars for a while. He’s since retired. Jerron Paxton is a young guy that’s playing. I’ve been working with a bunch of young blues players, primarily down south, and one of them is Jontavious Willis.

I read in your blog about how Jontavious Willis has spent time during the pandemic mentoring other young musicians to play acoustic country blues and how you’ve gotten your oldest sons, Felix and Oscar, to build guitars for them.

So, they both made two guitars over the quarantine, and Felix and I made a mandolin together because he’s been playing a lot over the course of the quarantine.

The fact that you’re able to teach them and that they have that capacity is incredible.

Did you pay them for their work?

I did not pay the boys. The guitars they made were donations to musicians, and traditionally, apprentices are not paid. It was customary for the apprentice to pay the teacher, but because it’s a family affair, I don’t charge them.

The 41st annual race, in which competitors paddle, walk, then paddle some more, is scheduled for June 19 without the traditional portage through Downtown streets. 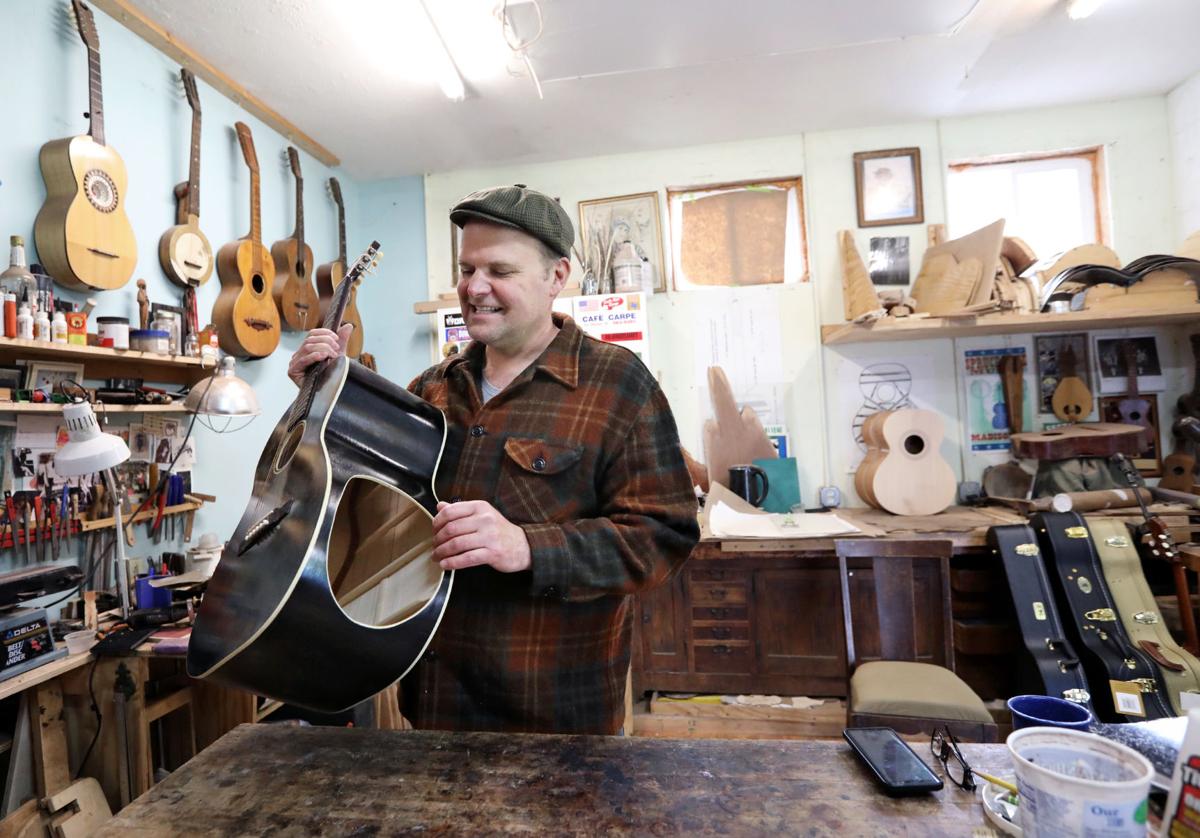 Guitar maker Todd Cambio shows off the "black hole" guitar he made to be played over someone with their head in the guitar at his shop in the backyard of his North Side home. 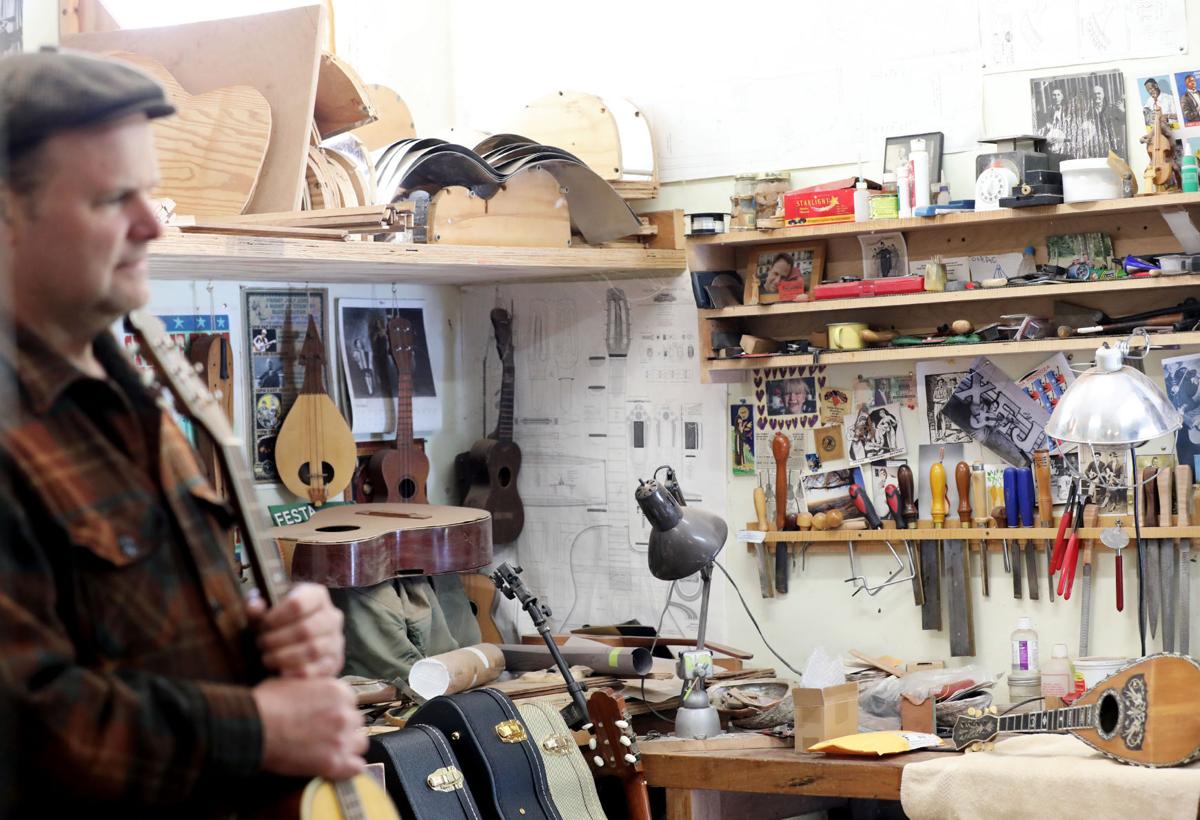 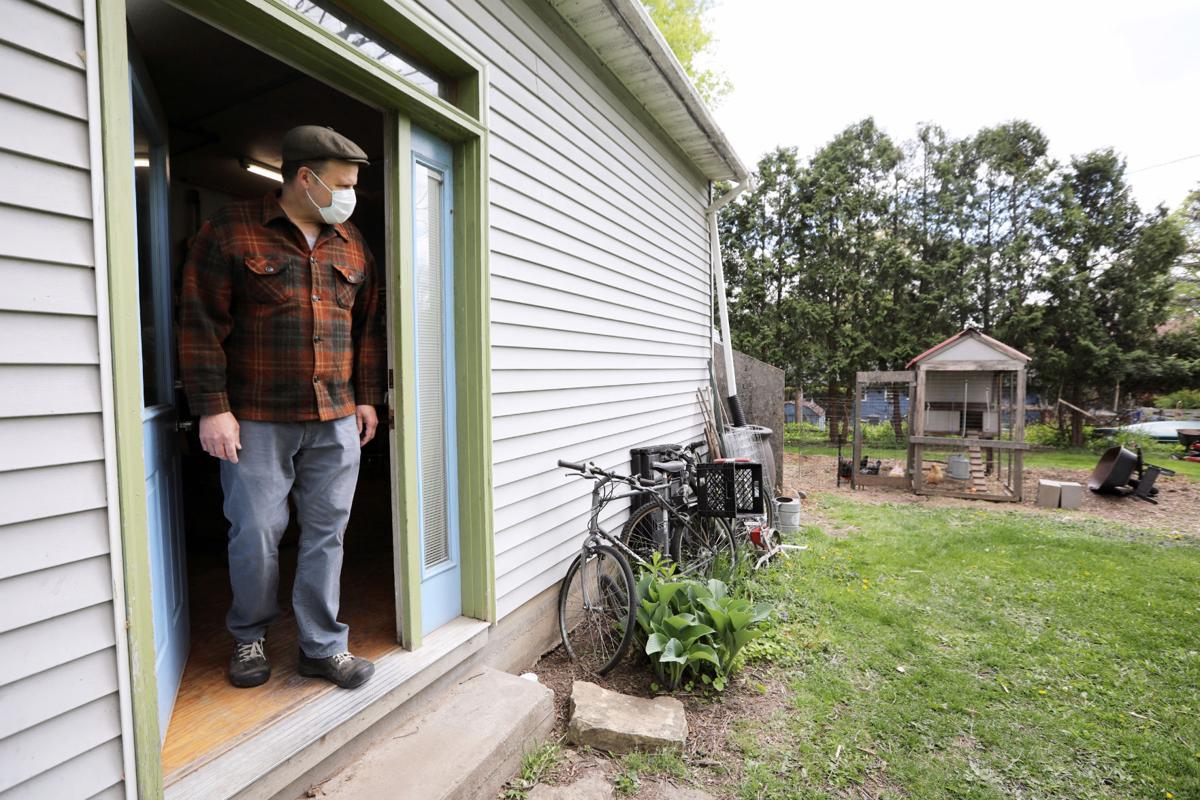 Todd Cambio makes the kinds of guitars that were favored in the early 20th century, instruments that were ignored or neglected by other guitar makers, but made an important contribution to the sort of music that preceded rock and roll.