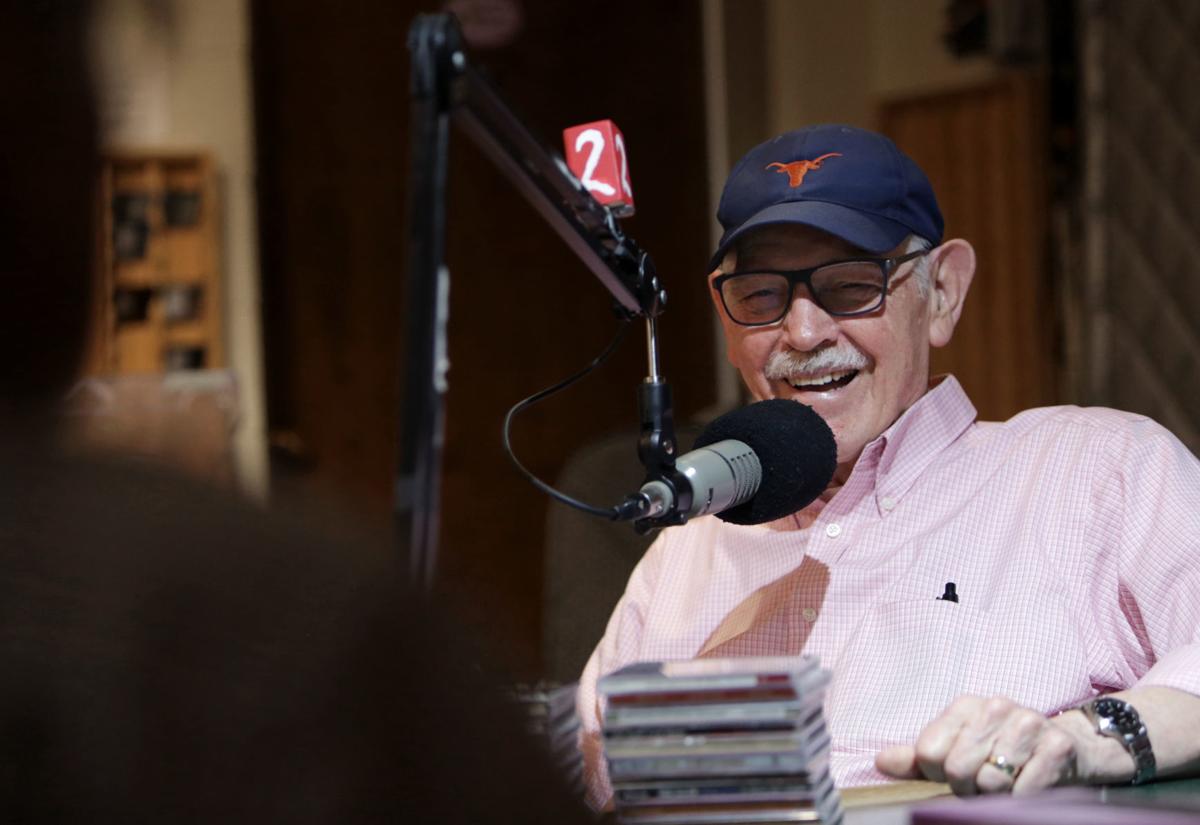 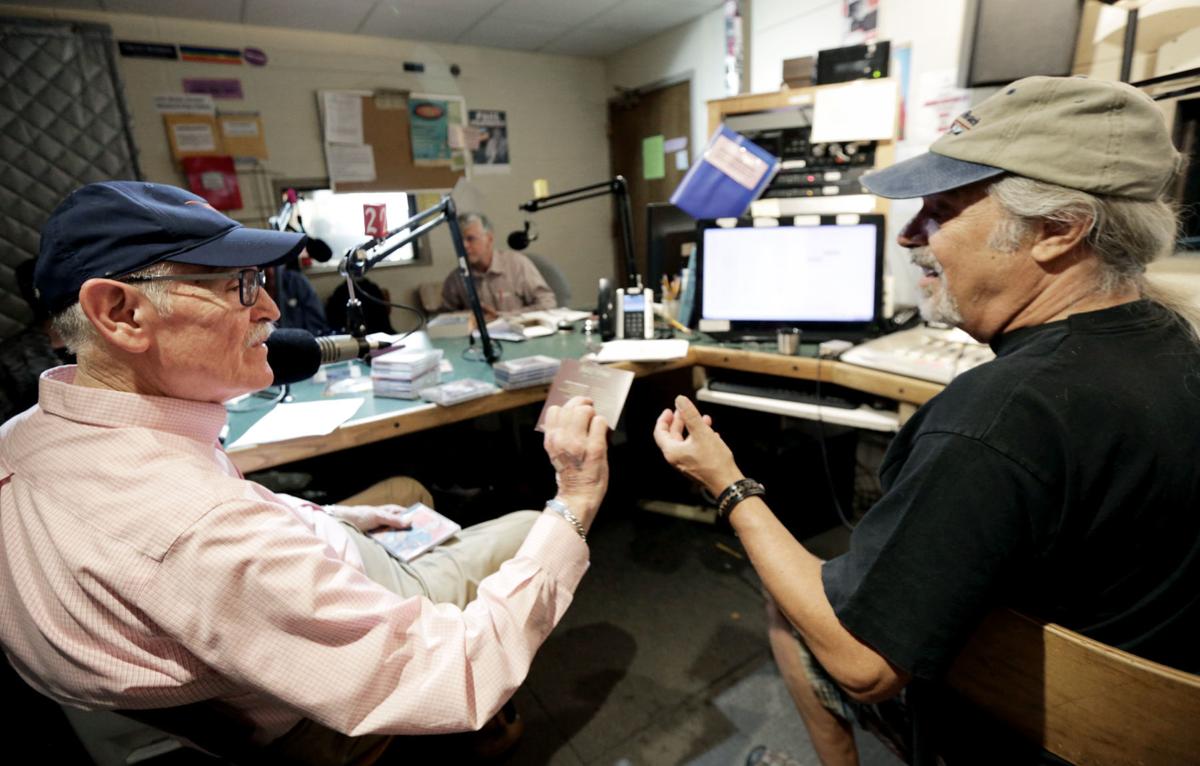 Bill Malone, left, hands over music to be played on the air to radio engineer Steven Daggett during his weekly show, "Back to the Country" at WORT in this 2018 photo. 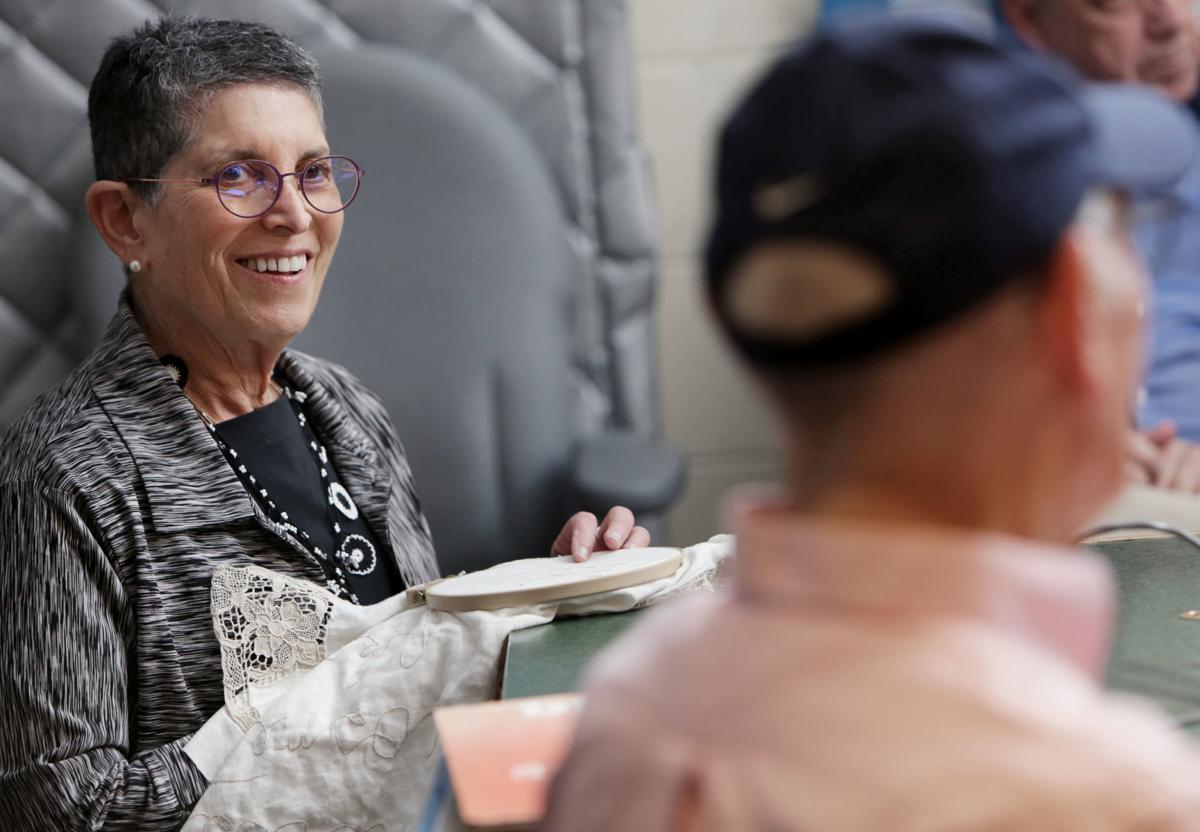 Bill and Bobbie Malone are more than ready for Ken Burns’ eight-part documentary, “Country Music,” about to air on public television.

Malone has lent his lifetime of country music expertise to the series, which starts airing Sept. 15. He was first interviewed in 2014.

WORT/FM 89.9, where Malone has been host of the Wednesday morning “Back to the Country” show since 1997, is holding “A Tribute to Bill Malone” at the Stoughton Opera House, followed by a live viewing of the show’s first installment. The sold-out event will feature music from local favorites Cris Plata with Extra Hot and The Dirty Shirts.

The time it’s taken to put out the documentary is a measure of how seriously Burns and his staff take their work and their “great attention to detail,” said Malone, whose landmark book, “Country Music USA,” was updated last year for a 50th anniversary edition.

There’s a part of him that’s concerned about how much of his input will end up on the cutting-room floor.

“I’ve been wondering all along, been really apprehensive because we saw the original rough cuts of it” in October 2017 when he and Bobbie visited what they describe as Burns’ headquarters or “barn,” near the famed documentarian’s home in Walpole, New Hampshire.

The building is constructed in the style and shape of a barn, and it’s where Burns has a studio, a guest house and meeting rooms, Malone said. “There’s been a lot of time since then.”

Malone said the filmmakers could’ve easily made changes, leaving him out of the final product. “I kept worrying, well maybe when they go back and look at all of this, they’ll decide that I’m not necessary. They’ll drop me out of it, after we’ve been telling everybody and everybody’s excited.”

Reviewers who have seen advance copies of the documentary have confirmed that he does appear “from time to time,” Malone said.

In a 2018 State Journal story, Dayton Duncan, who has worked closely with Burns for about 30 years, said he relied heavily on Malone’s book for his initial research into the series.

“Obviously, you want to go to the Bible first,” Duncan said. “When he wrote ‘Country Music USA’ there weren’t many, if any, scholarly works about this thing that was once called hillbilly music.”

Malone will be featured in all eight episodes of the series to some degree, Duncan said then.

“He always helps ground us in the larger historical context,” Duncan said.

Malone, who turned 85 on Aug. 25, grew up on a farm in east Texas, where he was “born into country music.” It was his doctoral work at the University of Texas at Austin that became “Country Music USA.”

He taught at Tulane University in New Orleans for about 25 years before Bobbie, now retired, got a job at the Wisconsin State Historical Society, as head of the office of school services.

Malone is looking forward to the Stoughton Opera House event, where he’ll be interviewed by author and columnist Doug Moe, who Malone said always does his homework. “It ought to be fun for people,” he said.

“I enjoy that format. I’d rather be part of an interview than just have to get up and make a speech,” he said.

The Stoughton Opera House, in its promotion of the event, quotes Moe, who once said that having Bill Malone volunteer as a host for a community radio station is like having Meryl Streep perform community theater.

Victoria Flynn, the Opera House’s box office manager and volunteer coordinator, said the theater can hold 475 people. She said the Malone tribute is one of the theater’s first general admission shows to sell out.

The tribute is a benefit for WORT and the theater will screen the documentary for free afterwards. Flynn expects some people to leave before the program airs live, so some seats should open up for those who want to watch with a crowd.

Flynn grew up in a classic country home in Janesville, so she’s looking forward to watching the Burns program. “Bill and Bobbie come here frequently and they’re just really great people all around,” she said.

Malone said he’s pleased Burns chose country music as one of his documentary topics, because Burns is such an iconic figure. “Anything he does gets the attention of people. And so I feel that in doing this, it’s validated not only my life’s work, but also the culture that I came from.”

Being part of Burns’ documentary has been really wonderful, Bobbie added. “I think it’s really exciting, though Bill said it’ll be really nice to get back to our real lives in October.”

Bill Malone, left, hands over music to be played on the air to radio engineer Steven Daggett during his weekly show, "Back to the Country" at WORT in this 2018 photo.