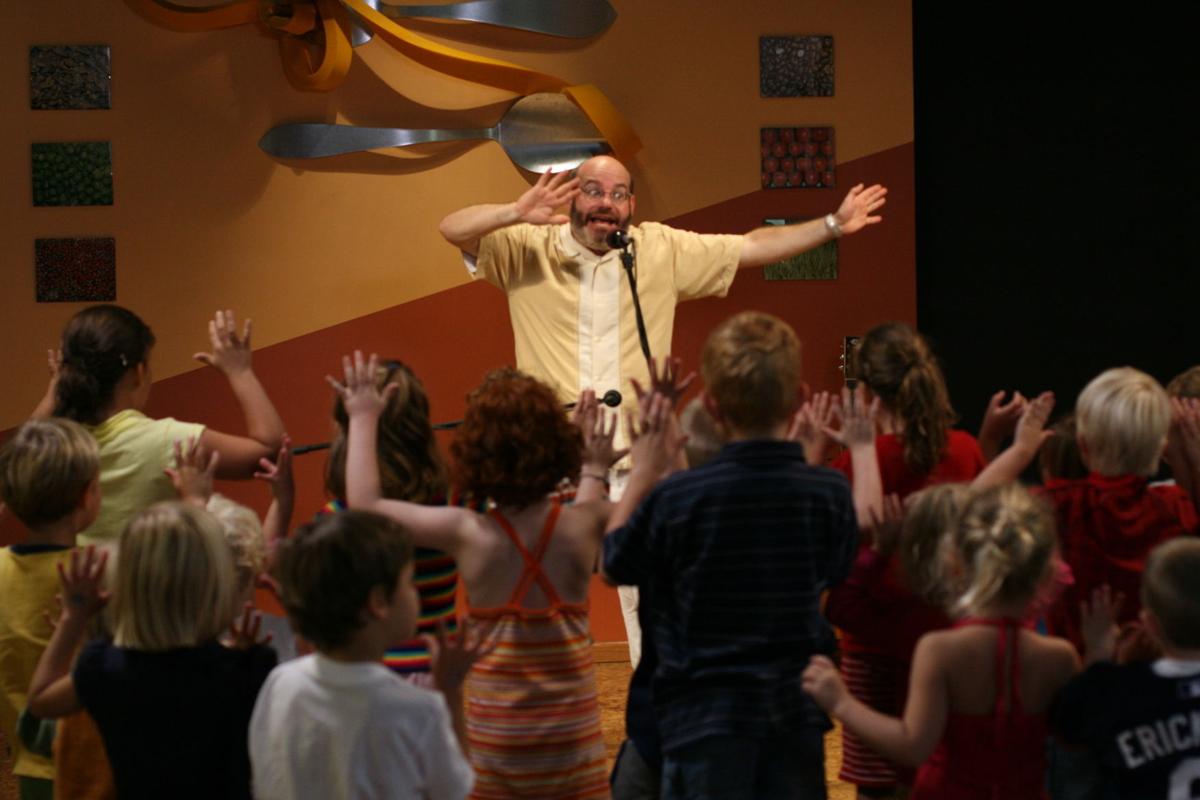 David Landau has been entertaining young audiences for nearly 15 years since leaving the teaching profession. “I like to see their smiles,” he said of his junior mosh pits. 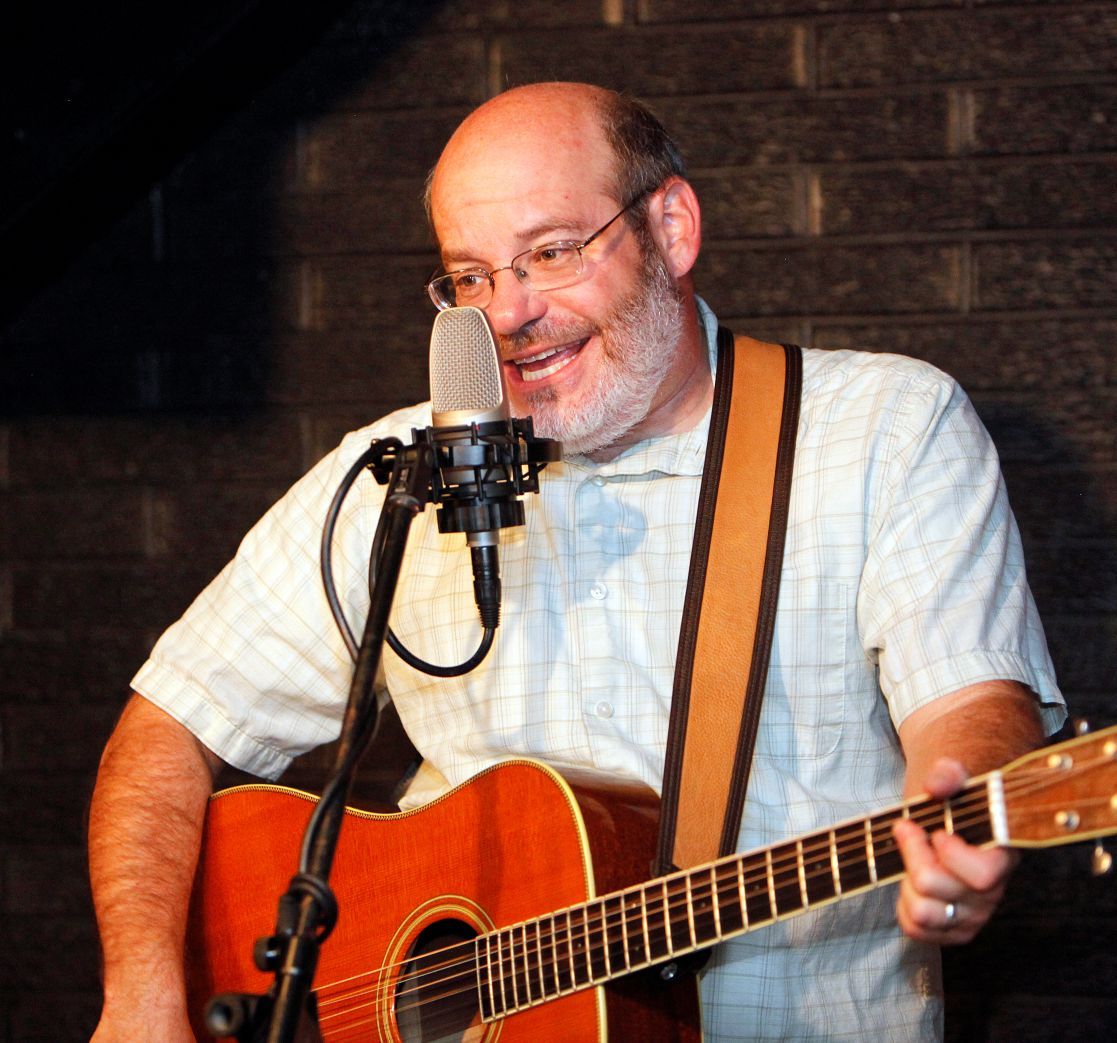 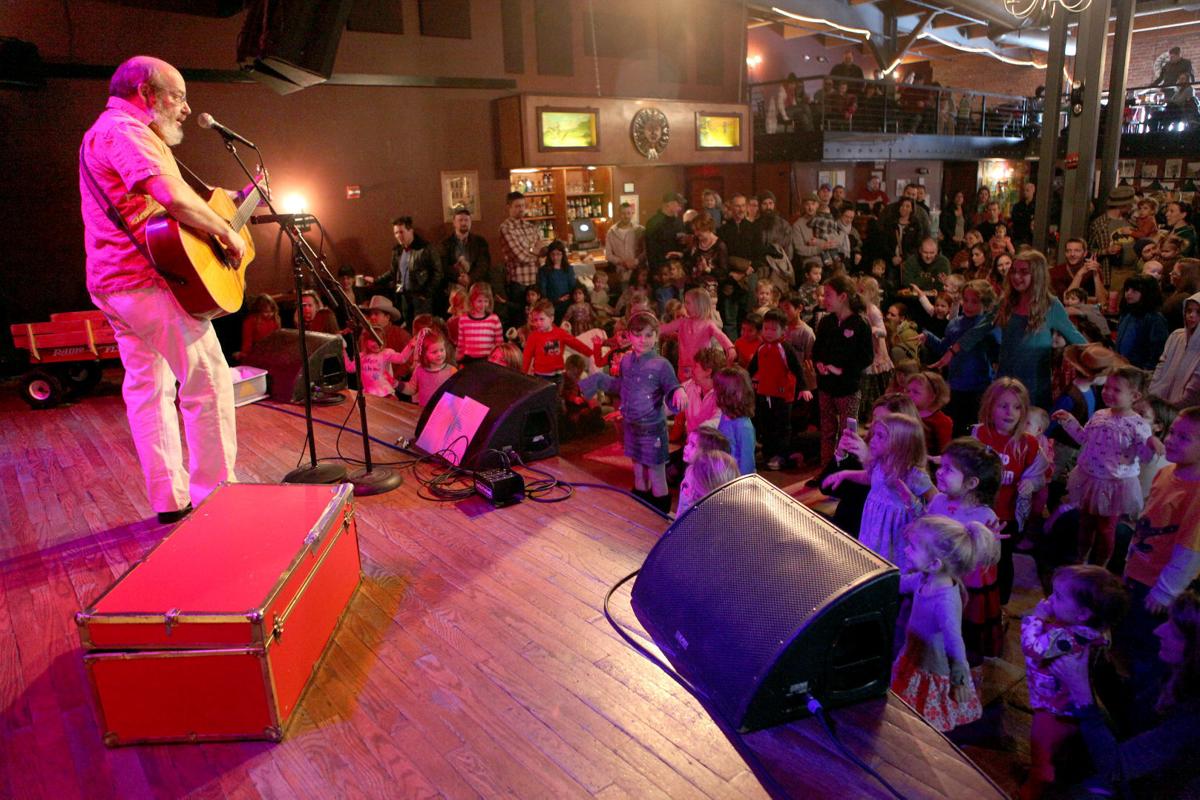 The High Noon Saloon is one of the venues where children’s performer David Landau has drawn his biggest crowds, along with Overture Center’s Kids in the Rotunda, where he will play on Saturday.

Every so often, a fan tries to rush the stage during a performance by David Landau. He never panics, but simply calls out, “Security!”

The response is immediate, the offender quickly steered away — another slightly over-eager toddler redirected by a parent or preschool teacher.

Such is life for Landau, one of the Madison area’s most beloved children’s entertainers, and the headliner for Saturday’s Kids in the Rotunda performances at Overture Center.

Crowd control is never really a problem for Landau, who learned all he needed to know about handling his type of audience during more than a decade as a first-grade teacher, mostly in the Verona School District.

“My teaching skills are coming through,” he said. “I also learned how to talk to the kids through teaching.”

That, he said, is as much what drives his performances as the music. He loves to tell jokes and thrives on audience involvement.

“It’s all about the kids,” he said of his interactive shows. “My skill set is very much about dealing with the kids than it even is about the music.”

Not that he’s a slouch at the music. Landau, self-taught on guitar, got his start performing as a member of Madison’s Cork ‘n Bottle String Band, a bluegrass group that remains together after two decades. The band plays backup on Landau’s three children’s CDs.

But it’s in dealing with the kids where he thinks he really shines.

Landau said his target audience is like “a mighty river that rolls by me, starting at about 2 years old and going to about 8.”

“Two-year-olds get my jokes. One-year-olds don’t get the jokes yet,” he said. “Once they start telling me the jokes back, I know they’re on their last legs. They love, love, love it, then they’re growing up.”

But those young fans are good for referrals, he said.

“There’s always that little brother or sister. Sometimes I see the same parents and families for years.”

That’s especially true at Landau’s two regular weekly shows. He has a Monday lunchtime gig at the McFarland House Café, which grew from an in-home performance for a local moms’ group, and also plays every Monday evening at the Harmony Bar and Grill on Madison’s East Side, a show that recently moved from the nearby Glass Nickel Pizza to provide a bit more space.

“They have no idea how much fun they’re going to have in the next 45 minutes, but I know,” he said.

One of his favorite songs to perform, “The Five Little Ducks,” is especially entertaining when he has audience members who haven’t seen him before, he said. That’s because part of the song requires kids to spread out around the room, then return to the front when Landau sings out, “Quack, quack, quack!”

“New parents always say, ‘Oh, no, how are you ever going to get these kids back?’ But they always come back,” he said. “I tell them, I think it’s magic!”

Landau’s public shows — which include the annual Kids’ Day at the High Noon Saloon each January and the Sugar Maple Music Festival at Lake Farm Park in August — represent an evolution in his performing career. After deciding to leave teaching, he started out playing school assemblies, something he knew well from his days in the classroom.

“I planned it for a year,” Landau said of his career change.

A Shullsburg native with a teaching degree from UW-Madison, he said his time as a teacher gave him the tools to work with children, including playing guitar for them in class. Being with the Cork ‘n Bottle Band and also playing at open mic nights gave him confidence to play for a larger audience, he noted.

And he knew he was ready to make the change to performing full time during one class field trip to Madison’s old Civic Center. A delay left Landau and some other teachers with 200 first-graders waiting for a performer.

“I jumped up so the kids wouldn’t go crazy, just to distract them,” he said. “I found out my stuff worked for 200 kids the same way it worked for the 20 kids in my class.”

It was 2002 when he left teaching. “Officially, I was taking a sabbatical,” said Landau, who turns 50 this year on Christmas. But he had enough success — and so much fun — that he didn’t return.

The school assembly jobs kept him busy early on; he could sing and joke and also offer a message if needed, such as an anti-bullying theme. When school budget cuts began to affect those bookings, “I started having to come up with other places to play,” Landau said.

That led to more shows at preschools, “my favorite age,” and also at public libraries, something he continues frequently these days. He also began booking more private parties for birthdays and other occasions and now works six days a week delivering his 30- to 45-minute shows.

“I eat more birthday cake than anyone I know,” he said.

Landau’s three CDs are sold online, and his singles are available for download. He said he sees regular sales “in the dozens” of dollars that way, and laughed when noting that recent sales reports have shown purchases by people all over the world.

“I have no idea who’s buying my version of “The Hokey Pokey” in South Africa,” he said, “but somebody is.”

Parents, he added, seem to like that his music is easy on their ears as well as fun for their kids. That’s the bluegrass coming through, he theorized.

“I’ve heard parents say, ‘It’s totally tolerable.’ That’s high praise,” he said. “These people have to listen to it in the car over and over and over.”

Landau said he’d like to expand the reach of his live performances (attention, Summerfest, he’s still waiting to play your children’s stage), but he also knows he has it pretty good as is. “It beats working every day; teaching is so much work.”

He also said he loves feeling like “a rock star for 3-year-olds.” He and his wife, Wendy, an organic farmer, do not have children but, he said, “I borrow other people’s kids for a very short period of time.”

“I like being the big shot when I walk into the room,” he added. “I plan on doing this until they pry the guitar out of my hand.”

Where: Overture Center's Kids in the Rotunda

Award-winning singer Stevie Wonder told Oprah Winfrey in an interview he is moving to Ghana, citing the political turmoil in the United States.

French electronic music duo Daft Punk, known for such hits as "One More Time" and "Get Lucky," announced they're breaking up after 28 years.

Why Taylor Swift is rerecording her songs

Taylor Swift announced on Thursday that a rerecording of one of her first albums, "Fearless," will be released on April 9. Here's why.

David Landau has been entertaining young audiences for nearly 15 years since leaving the teaching profession. “I like to see their smiles,” he said of his junior mosh pits.

The High Noon Saloon is one of the venues where children’s performer David Landau has drawn his biggest crowds, along with Overture Center’s Kids in the Rotunda, where he will play on Saturday.