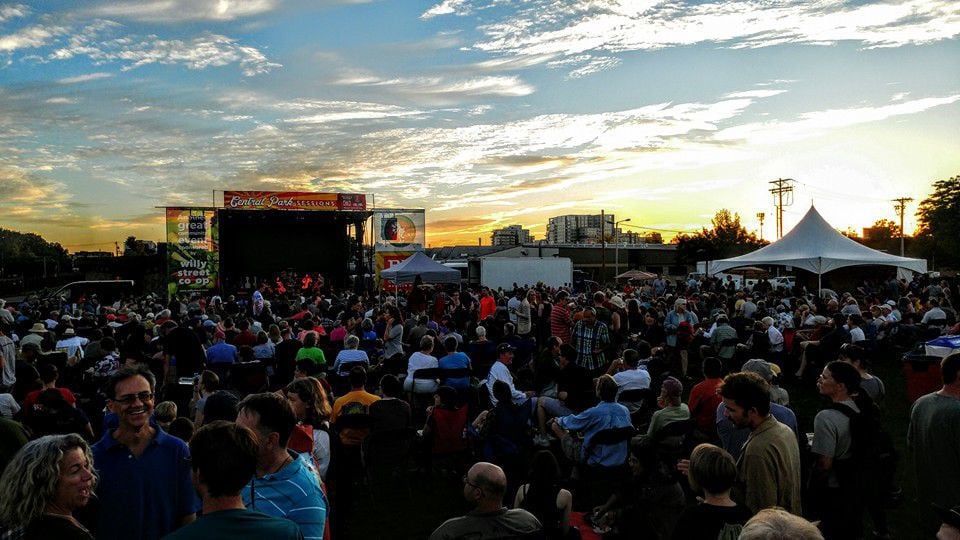 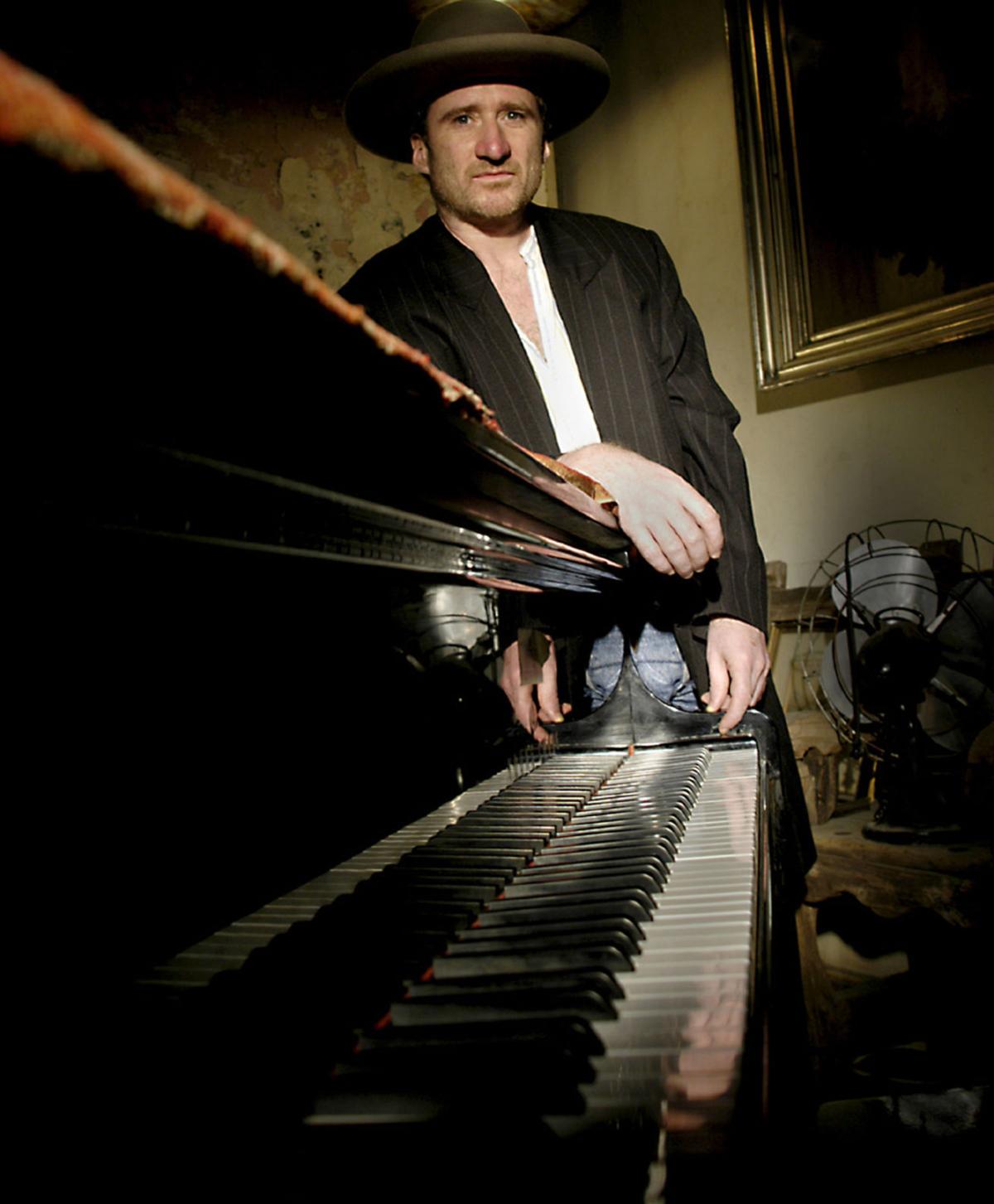 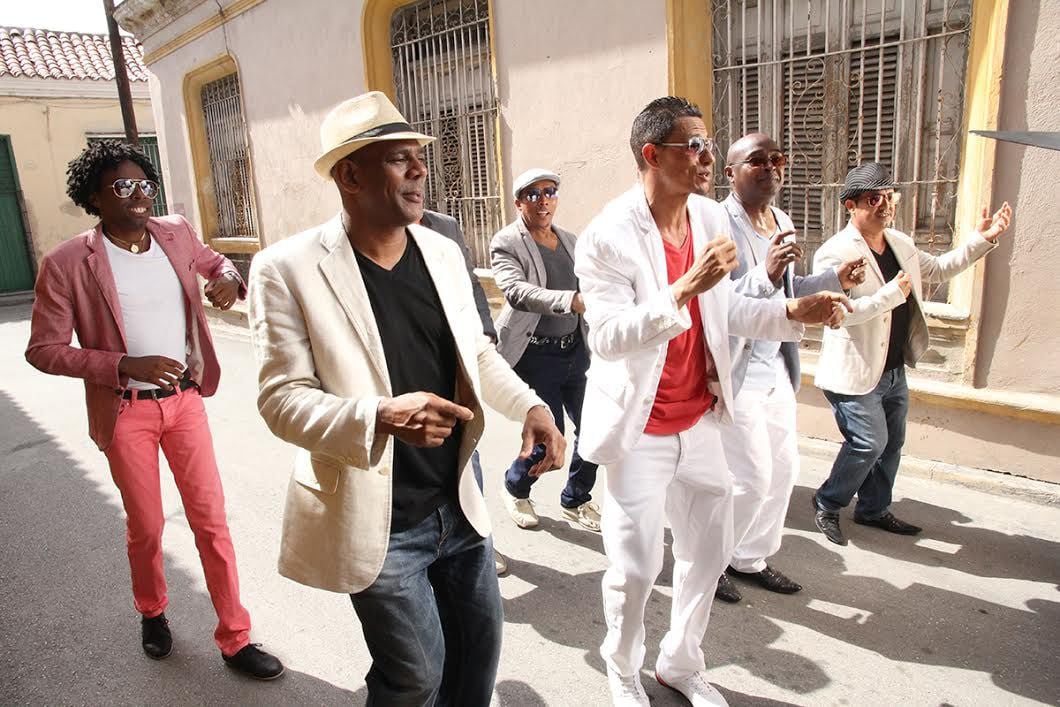 The Cuban group Septeto Santiaguero is headlining the Central Park Sessions at 8:30 p.m. Aug. 10. The eight-man group made its U.S. debut in 2015 at New York's Lincoln Center.

Central Park Sessions gets bigger and more ambitious each year.

For its fourth season, the free music series in Madison’s Central Park is expanding to seven nights.

This year, the concerts will be in Wednesday-Thursday pairings the first, second and third weeks in August, with a final session in early September.

The following week, the Aug. 9 show is a collaboration with the Stoughton Opera House Friends Association, which is bringing in The Travelin’ McCourys for two sets. The local Cork and Bottle String Band will open.

Bluegrass fans are excited to see the four-piece McCourys, who with Ronnie McCoury on mandolin and Rob McCoury on banjo, carry on the tradition of their bluegrass giant father Del McCoury, while creating something fresh.

The Opera House has a unique relationship with the more traditional Del McCoury Band, hosting them more than any venue in the world, Brehm said. He thought their more free-wheeling offshoot would be perfect for Central Park Sessions, which has never before hosted bluegrass.

“It was a pretty easy thing to call them up and just say, ‘Hey, there’s this really great outdoor event that’s free in Madison in the summertime and it’s a chance for us to raise some money, and it’s really good for the community and I think people would really like to see a big-time bluegrass show in that venue,’ ” Brehm said.

Madison’s own percussion group, the Handphibians, are going to bring the party on Sept. 7 for their 20th anniversary show. The Brazilian drum group plans to have 40 or 50 current and former players assembled, not on the stage, but on the great lawn, Queen said.

Opening that session will be the cover band The Hometown Sweethearts on their farewell tour. The Sweethearts — who bill themselves as the “funnest, tightest dance rock band alive!” — formed in 2002 and were a Madison band before singer Waylan Daniel left for New York in 2008.

Now, bass player Chris Boeger is moving to Australia and that is breaking up the trio of Daniel, Boeger and drummer Scott Beardsley. Plus, Daniel has a 9-month-old son, which has made traveling back to Madison increasingly difficult.

Even with its geographical limitations, the band regularly plays the Crystal Corner Bar, where they’ll perform Friday (July 28). The band will also play an “official last show” at the Crystal on Sept. 8 with an earlier family show from 5:30 to 7:30 at the High Noon Saloon.

“We’re very excited to be a part of the Central Park Sessions this year on the eve of our retirement,” Daniel said. “I think this show will be the perfect way to kick off our final weekend as a band. We’re also excited to see all the great acts on the bill.”

Central Park Sessions started in 2014 when concerts were held on three Thursdays. In 2015, it grew to five sessions. Last year there were six.

Queen said he has a “two-pronged strategy” to keep the Sessions financially viable this year and into the future: The Wednesday concerts, which he is calling the “Sessions Select Concerts,” feature a national act playing two sets, making for fewer bands, hotel rooms and production costs.

Thursdays are the Central Park Sessions as he’s done them in the past, with two touring bands grouped under a loose theme. Here, the savings come with reduced or no costs on infrastructure, he said.

“Everything is almost free the second day — all the tents and chairs and tables and porta potties. The stage is prorated and it’s by far the biggest expense,” Queen said.

Queen is calling the Sept. 7 concert the “Back to School Session” because it takes place the week Madison schools start back and will wrap up early at 9:30 p.m.

Sessions organizers faced criticism on social media last year when a handful of parents who live near the park complained that the last session was too loud and went too late for their children who had school the next day.

“I thought every kid that I ever knew was out there having the time of their lives,” Queen said. “It was such a family thing. They didn’t have to stay there until 10 o’clock.”

The Sessions are funded by grants and sponsors, but also by beer and wine sales and by food vendor fees.

The real headache for Central Park Sessions last year was rain, which interfered with three shows and part of a fourth. The sessions, which this year benefit seven different nonprofits, got hammered financially, Queen said. “We just were shellacked with the weather.”

Last year, Queen needed the final session, “The Portlander” featuring Portland’s MarchFourth Marching Band and the Portland Cello Project, to draw big crowds. The concert had the potential to do well with families back in town after summer vacations, he said.

“We came to the last session just needing a beautiful day and it was so huge as far as people coming out and supporting it,” Queen said. “The night was gorgeous. The kids were running around having a great time. The music was wonderful.”

The Madison Area Music Association hopes to raise $250,000 to help as many as 2,000 local musicians.

The film scores of Ennio Morricone: 5 tracks to listen to by the late, great composer

In honor of one of cinema's greatest names, here are five Ennio Morricone tracks everyone should hear.

Country music firebrand and fiddler Charlie Daniels, who had a hit with "Devil Went Down to Georgia,"' has died at age 83.

The Cuban group Septeto Santiaguero is headlining the Central Park Sessions at 8:30 p.m. Aug. 10. The eight-man group made its U.S. debut in 2015 at New York's Lincoln Center.