The Wisconsin Film Festival is back — although a little bit later in the year than usual, and online instead of in a number of packed area theaters.

Usually running in April, this year’s festival will take place May 13-20 and will feature 115 films — from narratives to documentaries, international, independent, animated films, shorts and more. The lineup was announced Friday, and single tickets are now on sale at wifilmfest.org. Viewers can buy tickets for particular works for $10, a series for $50 or an entire festival pass for $140.

Along with restorations and rediscovered international works, there are plenty of brand new films this year, and the return of favorite categories such as “Big Screens, Little Folks” (curated showings of films for children) and “Wisconsin’s Own,” spotlighting recent works with Wisconsin connections.

More than 100 features and shorts were submitted for this year’s “Wisconsin’s Own” film competition, said director of operations Ben Reiser.

“I think I was worried about how many films we would get this year, and what they would look like,” he said. “Those are typically films that were made in the past year. I thought ‘Maybe people aren’t going to make movies this year, and even if they want to, what can they do?’”

What: 2021 Wisconsin Film Festival, presented by the UW-Madison Department of Communication Arts

Where: Held online this year, featuring 115 films for all ages and tastes

When: May 13-20. Films will be available during that period; once a user starts viewing a film, the “viewing window” is open for 24 hours. Some select films may have limited capacity or cannot be viewed outside Wisconsin.

How: Festival films can be viewed using various devices, such as with the Eventive TV App on an Apple TV, Amazon Firestick, or Roku device, or viewed directly on a computer in a browser.

Tickets: $10 per film or $140 festival pass. $50 each for the Big Screens, Little Folks series (shorts and features curated for children and youth) or the Wisconsin’s Own series.

But he was “happily surprised” by the number and high quality of films that the festival received for consideration. Many, not surprisingly, were about the pandemic, dealt with themes of loneliness or were made as a solo project, in a small group or by a family.

“I want to say that we had one of the strongest batches of Wisconsin’s Own films to choose from that we’ve had in a while,” Reiser said. “I’m really excited to share these films this year with our audience.”

One of the “silver linings” of the pandemic is that, with filmmakers stuck at home as much as filmgoers, the festival was able to produce interviews and podcasts to enrich the watching experience, said Reiser.

“We could call up (filmmakers) and say, ‘Are you doing anything today? No? Let’s do an interview,’” Reiser said.

One of those podcasts will be with Nathan Clarke.

Clarke was pretty much just a casual moviegoer with a few Hollywood favorites when he first attended the Wisconsin Film Festival in 2006. It changed the way he sees film.

Today, Clarke is a video producer and filmmaker whose documentaries are making the rounds at regional film festivals. He’s also one of two winners of a 2021 Golden Badger Award, the highest honor given by the Wisconsin Film Festival for a film with Wisconsin ties.

Clarke is part of the team that created “The Passing On,” praised as “intimate and loving” by Wisconsin Film Festival judges. Born in Madison, Clarke grew up on the East Coast. In 2002, he and his wife moved back to Madison when he got a position in the communications department of a local nonprofit.

Clarke spent a decade in Wisconsin, learning video production on the job. Two of his four daughters were born here before he and his wife and children relocated to Richmond, Virginia, to be closer to family.

Clarke recalls how two films he saw at the Wisconsin Film Festival in the mid-2000s — “The Son,” a Belgian-French mystery, and “Shakespeare Behind Bars,” a documentary about a production of “The Tempest” performed by prison inmates — struck a deep chord with him, helping him recognize the deep sense of humanity that good storytelling on film can convey.

Those qualities eventually led to “The Passing On,” Clarke’s 70-minute documentary focusing on James Bryant of the Lewis Funeral Home in San Antonio, Texas.

Bryant, who was named 2016 “Embalmer of the Year,” not only has an intimate understanding of his community, but also of the importance of passing on his skills and knowledge to the next generation — at a time of shifting values and gentrification.

The Wisconsin Film Festival judges called “The Passing On” “an unassumingly beautiful film.”

“Understandably, this documentary could be easy to avoid based on its subject matter alone,” the festival guide explains. “In our society, death is something we rarely talk about, and the process afterward is even more taboo. However, as a jury, we were deeply moved by this exceptional film.”

“The Passing On” is Clarke’s second Wisconsin Film Festival entry. He previously directed “Wrestling with Jesus,” a documentary set in Georgia about a community that puts on backyard, professional-style wrestling matches that won a spot in the 2011 festival.

Several years later, Clarke and producer/editor Tyler Trumbo began exploring ideas for broadly themed film about death and how people approach it. They came upon Bryant after reading about him in an article in “The Texas Monthly.”

While on a trip to San Antonio to do commercial video production work, Clarke interviewed Bryant for the initial film idea. Lana Garland, a producer on the project, viewed that footage and recognized that Bryant’s story was also the story of the deep, important role the funeral home has played for centuries in the African American community.

Garland’s insight into that footage “really pivoted the film” and Bryant and his students became the focus, Clarke said. Over time, Bryant, a Vietnam veteran, and Clarence Pierre, a young gay man and also Bryant’s intern, said Clarke, discover they “have two ways of viewing the world.”

“Iron Family,” this year’s second Golden Badger winner, was directed by Patrick Longstreth. The film festival describes it as “a breathtakingly vivid documentary” focused on Jazmine Faries, a young playwright who has Down syndrome.

The film “quickly expands its horizons as far as the eye can see” and “introduces us to Jazmine’s immediate and extended family, along with a rich cast of characters made up of her friends, neighbors, and acquaintances,” say the festival notes.

Yarizett Breunig says that taking care of her children during the pandemic has gotten her into the best shape of her life.

The Marquette-Atwood Neighborhood Art Walk on Sunday will welcome visitors to enjoy and buy artwork by neighborhood artists.

"We're all so happy to be able to come back and do racing again," said a Madison dental hygienist participating in Saturday's Lake Monona 20K/5K Run. 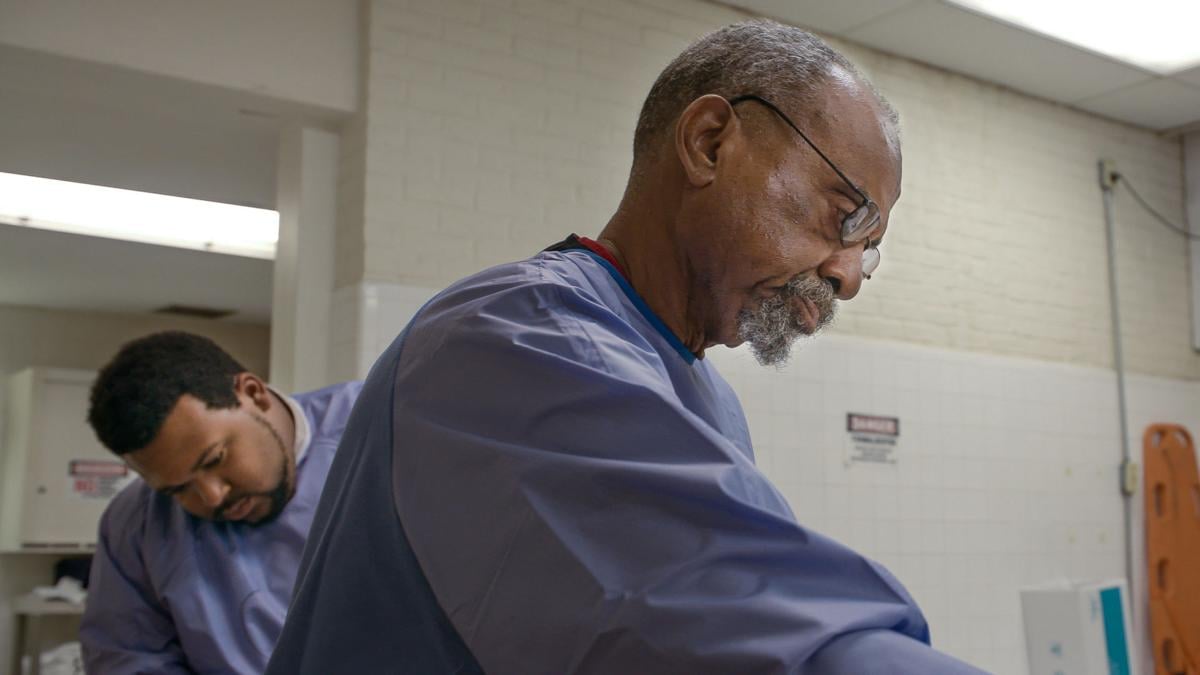 Embalmer James Bryant, right, and his young intern Clarence Pierre explore their generational differences and many other issues in "The Passing On," a Golden Badger Award winner featured in this year's Wisconsin Film Festival. 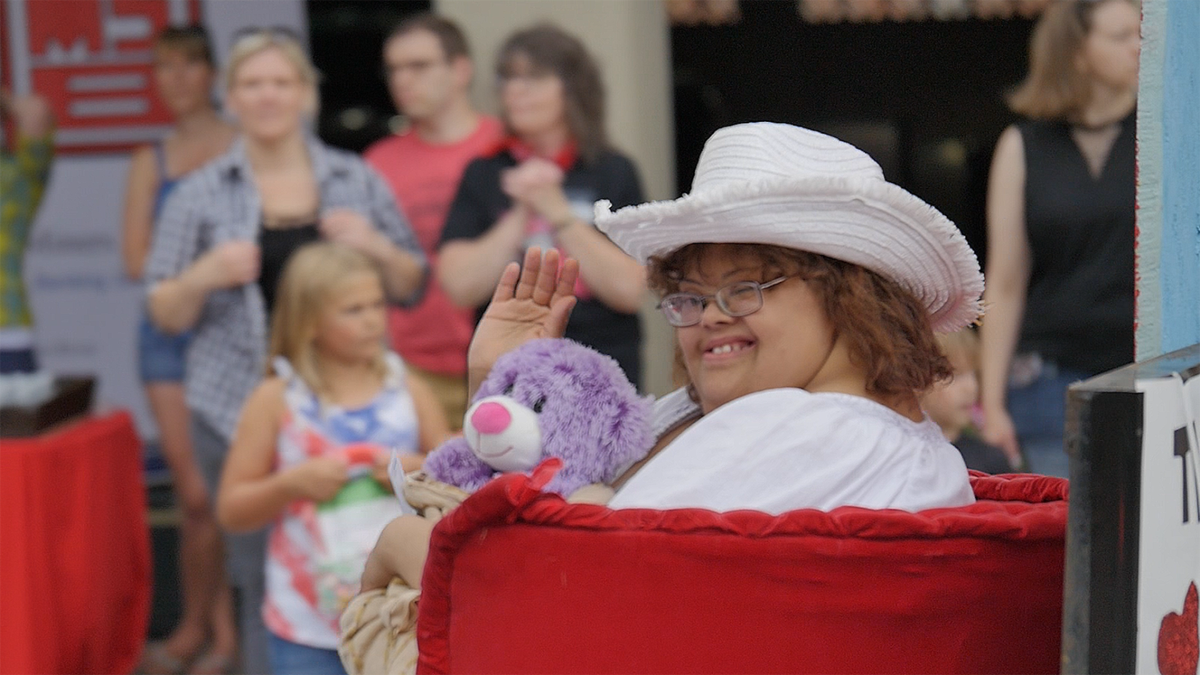 "Iron Family," one of two Golden Badger Award winners in this year's Wisconsin Film Festival, is a documentary about the creative force Jazmine Faries and the community around her. 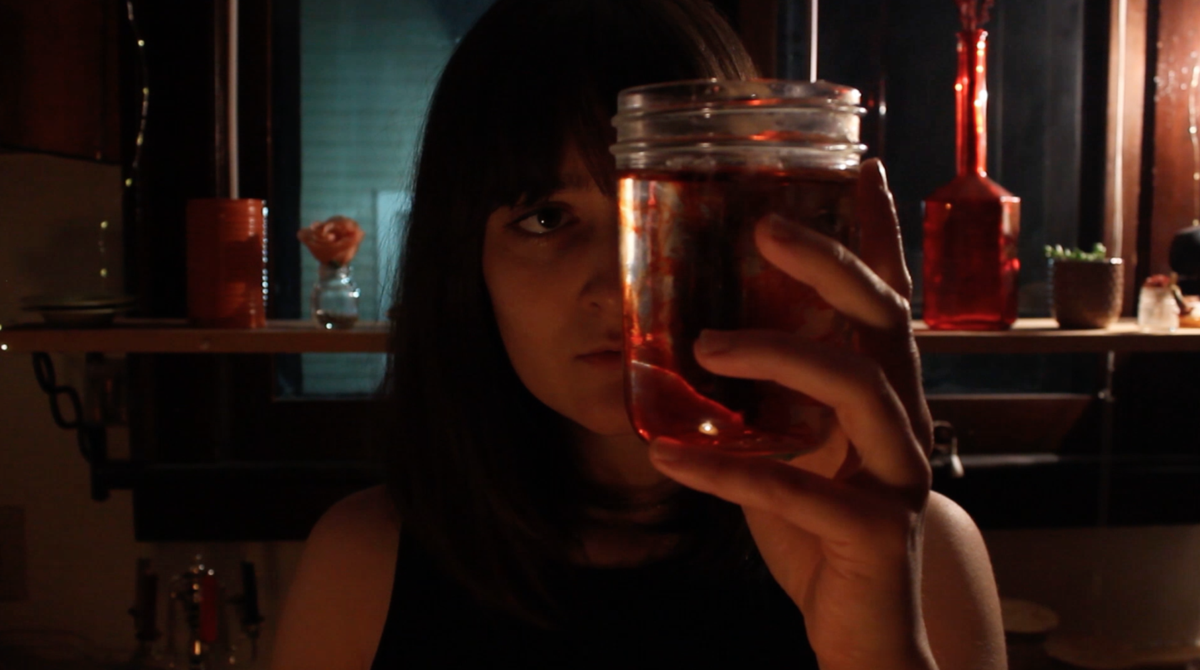 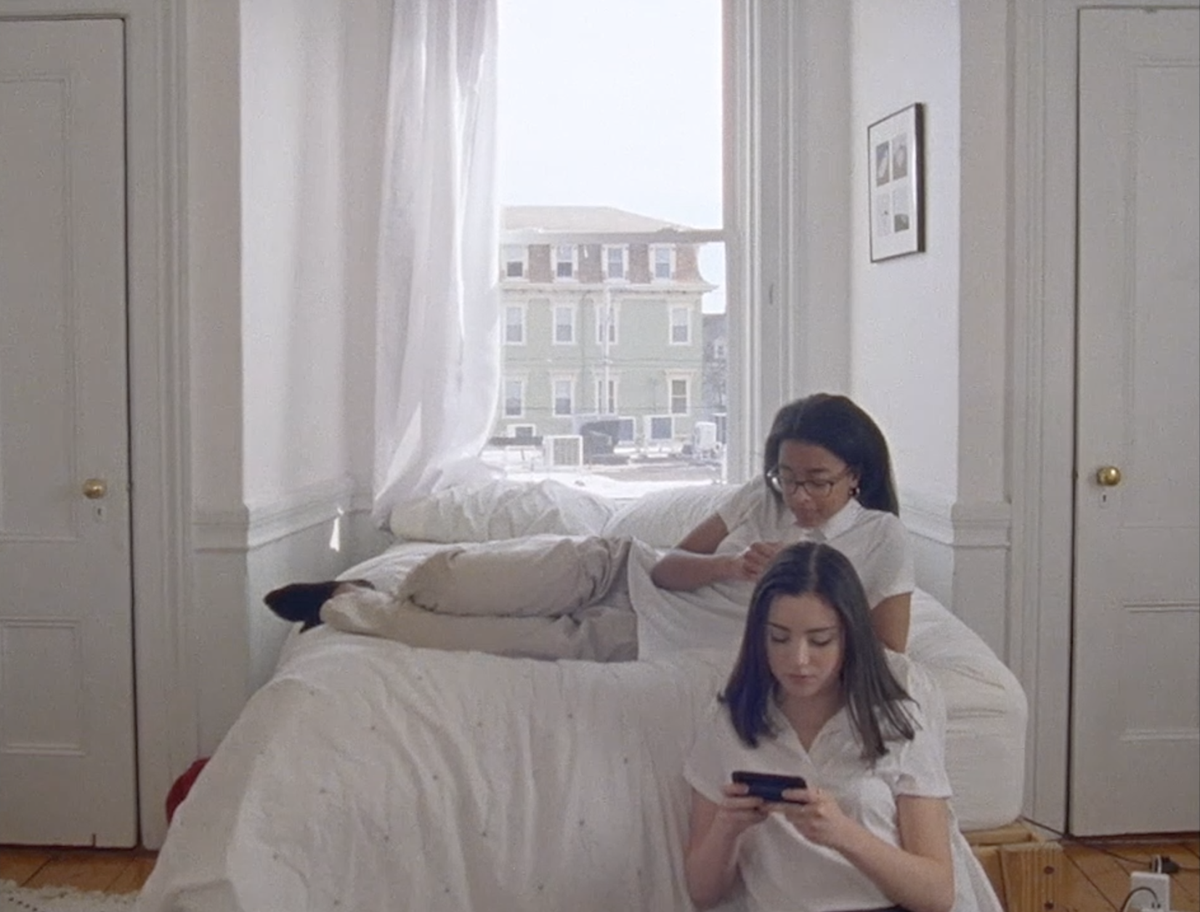 Wisconsin Film Festival judges praised Julian Castronovo's nine-minute short "Hannah's Video" for its "deliberate minimalism" and the strong performances of its two actors. It will be shown as part of this year's film festival, to be streamed online. 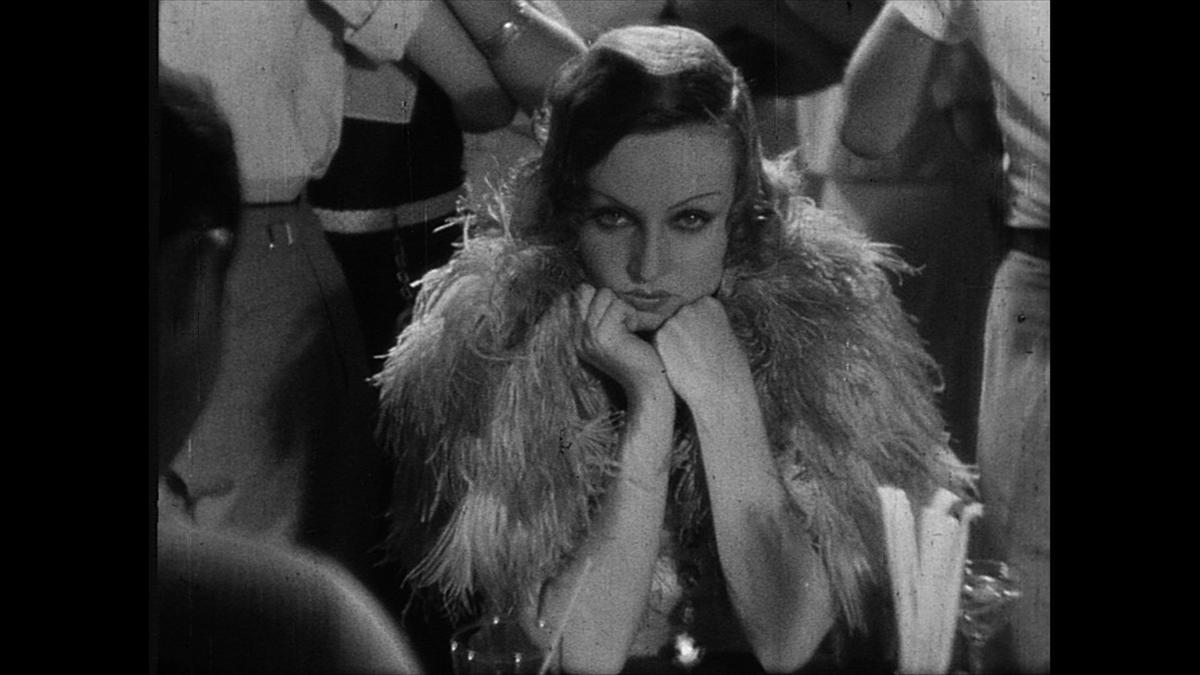 The rediscovered 1934 French film "Escale" by Louis Valray is part of a Valray double feature offered by this year's Wisconsin Film Festival. 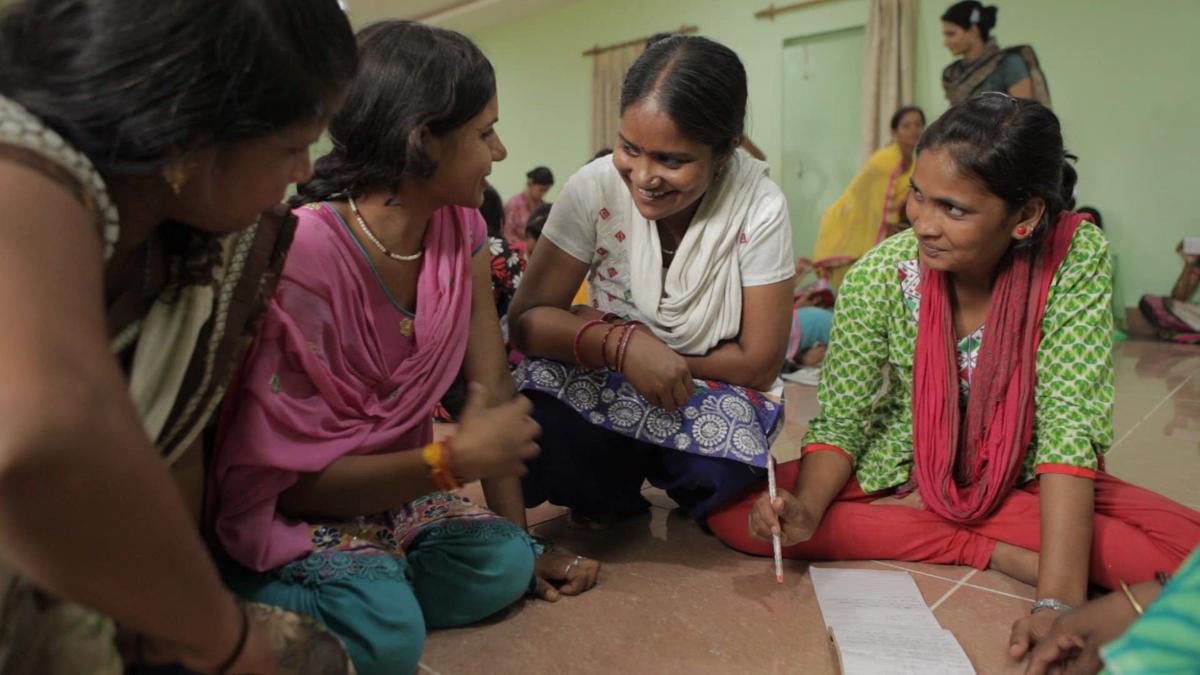 "Writing with Fire," to be shown in this year's Wisconsin Film Festival, was hailed by The Washington Post as “the most inspiring journalism movie — maybe ever.” The documentary explores the only Indian newspaper run entirely by women. 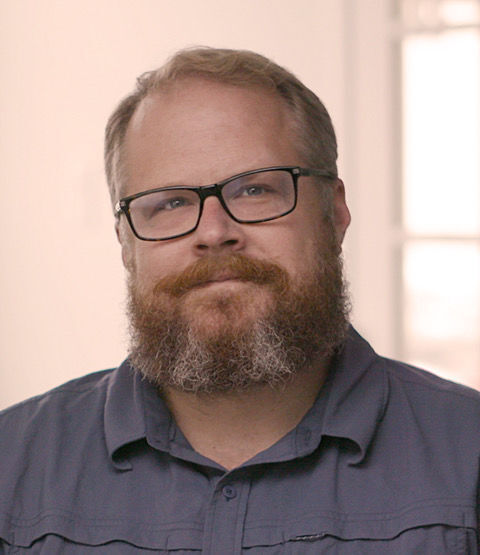