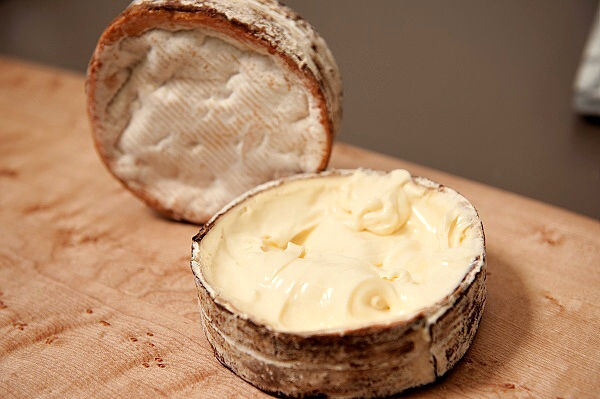 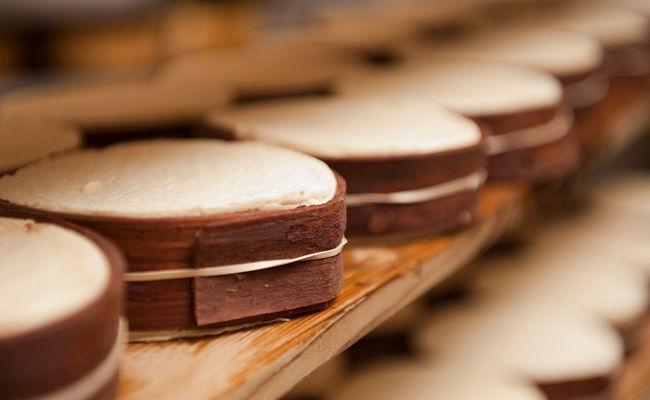 A busy stretch of work and a pile of emails to answer have been good things this year for cheese maker Andy Hatch. They signal the return of Uplands Cheese Co.’s Rush Creek Reserve, a popular seasonal product that Hatch didn’t make last year because of uncertainties in federal regulations.

This will be the fifth year Uplands is making the cheese, a second product for the Dodgeville company best known for its award-winning Pleasant Ridge Reserve. Rush Creek is a small round of soft, creamy raw-milk cheese wrapped in spruce bark and aged for 60 days.

“It’s been fun having it back in the building,” Hatch said. “Just the smell … it smells like Christmas with the spruce bands.”

Last year Hatch, who had just taken ownership of the business, did not make Rush Creek because there had been worries among cheese makers after actions by the Food and Drug Administration. It wasn’t any specific action such as concerns about wooden boards for aging cheese or testing for non-pathogenic bacteria, he said, but not knowing what might come next.

“There was a feeling of, ‘What else is out there that they haven’t told us about?’” Hatch said. “The FDA’s attitude toward these soft, raw-milk cheeses isn’t any more encouraging now but at least we know what their new expectations are and we can meet those expectations. What we lacked last year was clarity.”

So, Rush Creek was put back on the Uplands schedule this year. For 27 days in a row, Hatch and his crew made 400 rounds a day. Because of U.S. regulations regarding raw milk cheese, it must age 60 days. The first Rush Creek deliveries will come to Madison-area stores the week of Thanksgiving and will last until just before Christmas.

Hatch said he will make about two-thirds of what he made in past years, not because of any problems with the cheese but the seasonality of the Uplands farm. The mild fall extended the season for the grass-fed milk that is turned into Pleasant Ridge Reserve. Rush Creek is made with milk from cows also eating hay.

Because of the late start, it will be the Wisconsin stores that get the cheese first and shops on the East and West coasts will just have to wait. That’s fine with Ken Monteleone, owner of Fromagination cheese shop on Capitol Square.

“The first time he introduced it, it was around this time of year, so it was a nice Thanksgiving treat and that’s how we’re marketing it,” said Monteleone, whose store is taking orders via its website for the cheese it will sell for $30 a round.

Rush Creek’s debut was notable because it was a second cheese for Uplands, whose Pleasant Ridge Reserve had three times been named the best cheese in North America by the American Cheese Society. It was also notable because Hatch had taken a European style of making this kind of soft, raw milk cheese using U.S. regulations.

“We’re still concerned about the future of cheeses like this and one of the reasons we wanted to make it was to prove that cheeses like this could be made safely,” Hatch said. “We test every single lot of milk and every batch of cheese. We’ve always had great relationships with our inspectors so we hope it’s proof that it can be done.”

Other Madison area stores taking orders for the cheese include Metcalfe’s Markets, Whole Foods and both Willy Street Co-op locations. It will also be sold at Steve’s liquor stores.

The World Championship Cheese Contest is underway with a record number of entries vying for the top spot in Wednesday night's finals.

A Grand Cru Surchoix made in Monroe by Fitchburg-based Emmi Roth USA is the first U.S. cheese to win the title since 1988.