Taste of Sichuan, which opened in February in the same mid-State Street spot as Soga Shabu Shabu, has picked up where the former Chinese restaurant left off. It has a similarly expansive menu, shabu shabu (hot pot, cook-your-own) choices, free dessert bar, and Soga’s comfortable, vibrant atmosphere.

Like its predecessor, it also offers a great lunch deal. The restaurant was doing a strong noontime business on my two recent visits, drawing in largely Chinese students and a handful of others for its $9.95 bento box lunch specials.

The 22 choices offer lots of variety, everything from pan-fried pork intestine to General Tso’s chicken. There are also seafood, beef and vegetarian items.

The meals come with soup, rice, and a choice between ox tongue and tripe with chili sauce and steamed chicken with chili oil sauce. The chicken had an off-putting taste and smell, and the fat and skin wasn’t cut off. The menu calls it white meat, but it was dark.

Of the four soups, I’ve tried the wonton and egg drop. Both broths were thin on flavor, and with the egg drop soup you could practically taste the cornstarch. The wonton soup’s dumplings redeemed it, but next time I’ll go for the spicy and sour soup or the seafood soup.

Seaweed salad was also promised on the menu, but isn’t available. A manager translating for the new owner said that’s a menu mistake. The menu is written in Chinese and English, and the English descriptions can be flawed because most customers are Chinese so they don’t ask about them, she said.

When I opted out of both the tongue and chicken on my second lunch visit, my server offered me a vegetable spring roll, on the menu for $3.95 for two. It was OK, but bland, the vegetable matter inside blending into mush. At least it had a delicate, crisp shell, instead of a doughy one. A bowl of sweet and sour sauce on the side helped.

On my first visit, the four-compartment box came with three fried pork dumplings that were crisp and not greasy.

In terms of the main course, I had the best luck with the fish filet with “pickle pepper.” The fish was steamed and served in chunks, which fortunately weren’t breaded. My dining partner said it “melted in her mouth.”

Our server told me it was flounder, and it reminded me of the excellent flounder at Asian Sweet Bakery on Park Street. Pickling the chili peppers toned down their heat and gave the dish a slightly sour quality. Thinly-sliced ginger and onions added flavor.

The sesame chicken featured mostly bite-sized pieces of breaded chicken. The sauce had a slight sweetness, which I enjoyed, and the broccoli underneath was saturated in sauce. Sesame seeds on top added visual appeal. A third meal, an oily eggplant with chili sauce, needed more seasoning, despite its chunks of garlic. All three meals were generous and filling.

Servers didn’t tell us about the dessert bar in the back room, so it would be a good idea to advertise that fact on the menu. It’s included with all meals and features fortune cookies, almond cookies and less familiar butterfly cookies. Two flavors of Jello, orange slices and not-quite-ripe cantaloupe are also usually available. I left with a renewed interest in almond cookies.

Soga Shabu Shabu was in the same spot on the 500 block for about a year after moving from a second floor location across the street.

New owner Ying Xiong Wu, who cooks and manages the kitchen, got into the restaurant business through his best friend, Jin Chen, who with his wife, Aichan “Wendy” Weng, owns and operates Dragon I and Poke Plus & Teriyaki, both on State Street, and Ichiban on Park Street.

Ying, Jin and Aichan are from the southeastern Chinese city of Fuzhou, the capital of China’s Fujian province. The former owner is also from Fuzhou, but the two parties didn’t know each other before the sale.

Aichen is helping to run Taste of Sichuan, even though she’s busy with her own restaurants. She spoke for Ying, who doesn’t speak English.

Ying didn’t make any changes to the space, as far as I can tell. For more privacy and quiet, diners can sit in the back room, which has the same roomy red booths as the bright, lively main room.

A TV in the front was broadcasting a soap opera with closed captioning and thankfully no sound. American pop music played softly in the background, commercials and all, thanks to local station Magic 98.

Ying inherited the food photos and artwork from the former owner. These include generic lighthouse and landscape canvases, as well as scenes of the Capitol and Lambeau Field.

The same location housed the casual pizza and pasta restaurant Mia Za’s for 10 years. When it comes to Chinese food on State Street, there’s a lot of competition, and Taste of Sichuan is in the thick of it.

“It’s very hard because so many restaurants open,” Aichan said. “I don’t understand why everyone wants to open a business on State Street for Chinese food right now. It’s almost like China Town.”

Bottom line: A new owner carries on from the past success of Soga Shabu Shabu with a new name and slightly different menu. 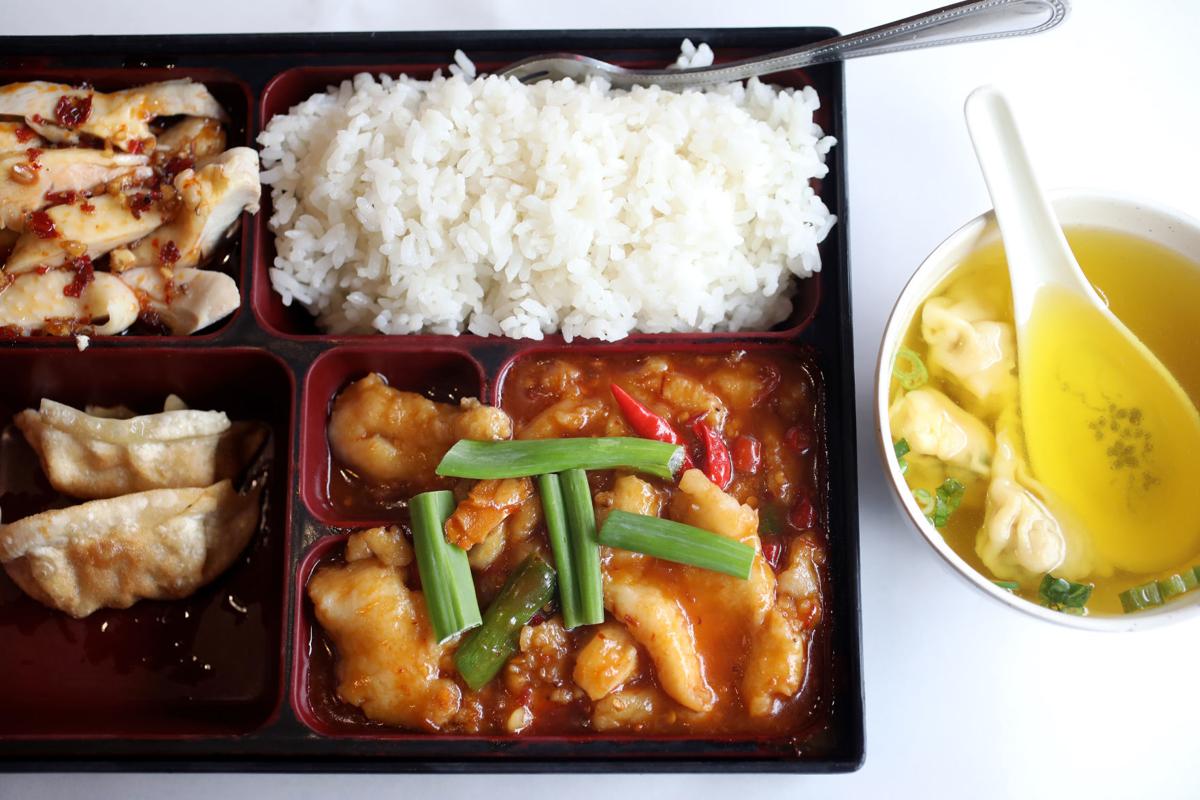 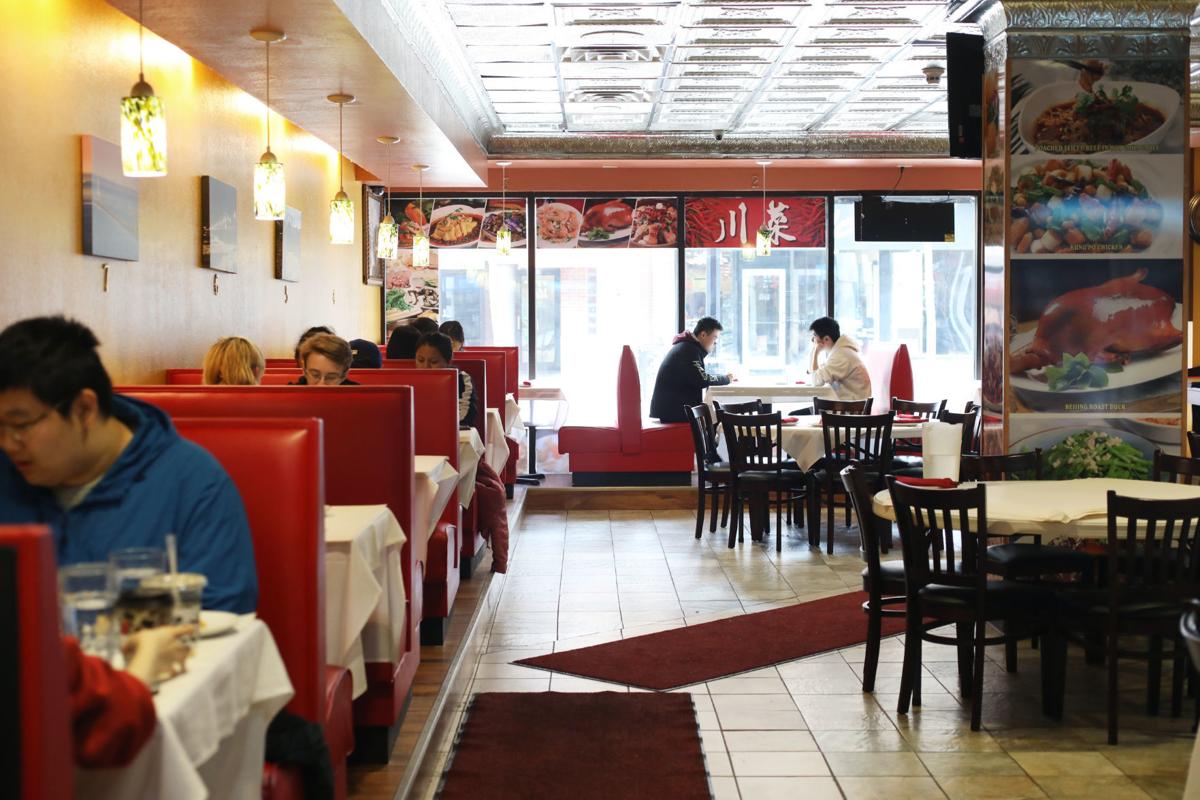 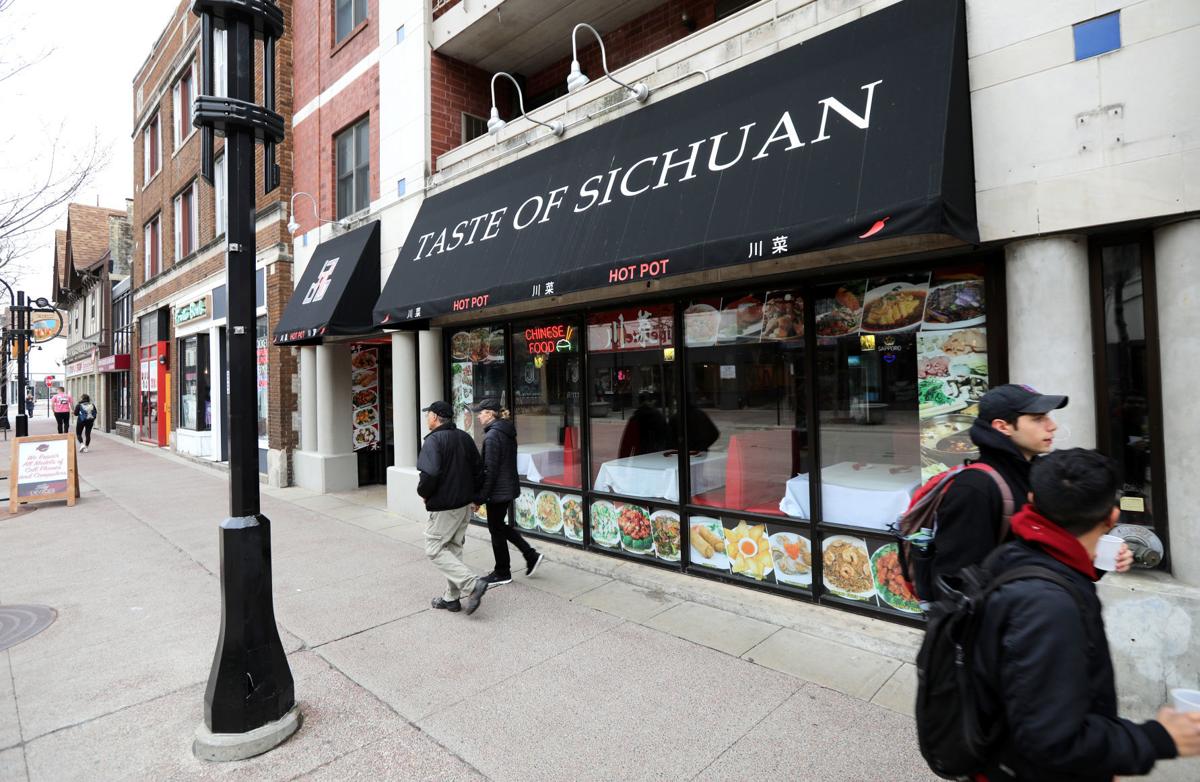 Taste of Sichuan, 515 State St., 608-819-6780, will also be open its normal hours with its regular menu, said Aichan, who helps run the restaurant for her friend, Ying Xiong Wu.