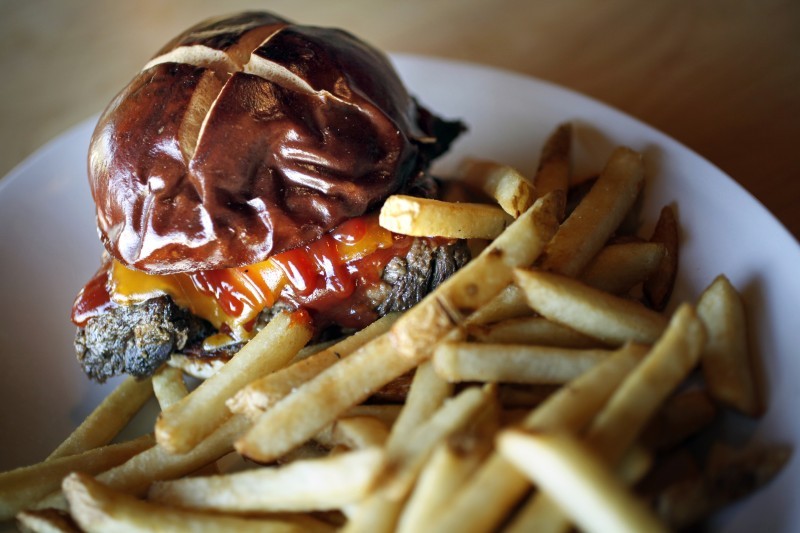 The bacon-braised short-rib sloppy joe with fries at the 5100 Bar & Grill in McFarland. 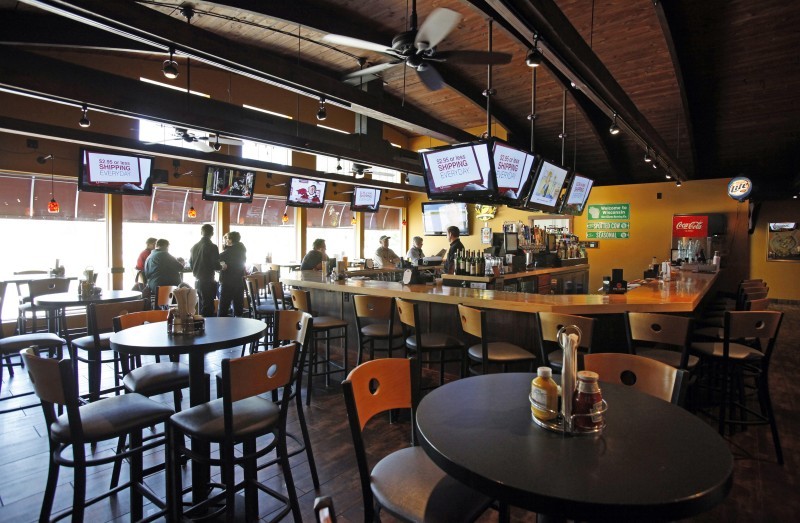 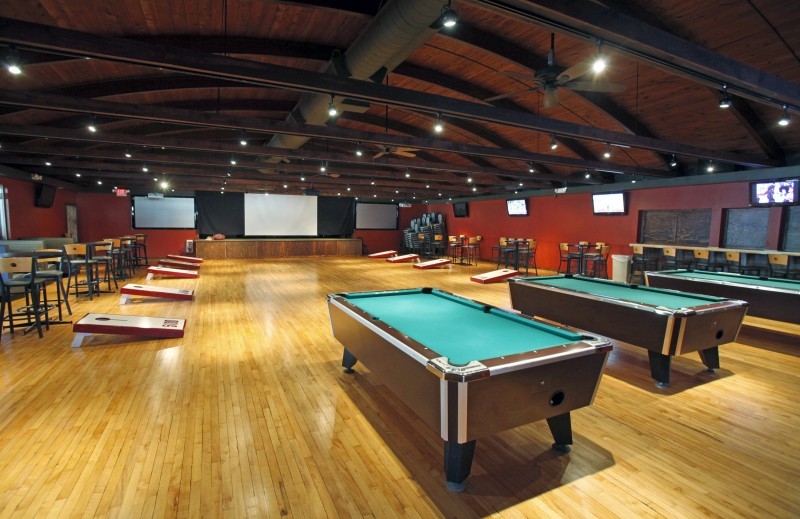 The bacon-braised short-rib sloppy joe with fries at the 5100 Bar & Grill in McFarland.

McFARLAND — All of McFarland seems to have taken notice of 5100, the new restaurant, sports bar and banquet facility that needs a large buy-in to succeed in the 11,000-square-foot quonset hut-shaped building that was best known as the Park Ponderosa Ballroom.

The place was lively but not overwhelmed on a recent Monday night, when a crowd gathered to watch the NCAA men’s basketball championship on the 50-plus high-definition televisions that line the walls and horseshoe-shaped bar.

The executive chef, Cody Reynolds, previously worked at Bluephies for two and a half years.

Whatever you do, don’t overlook the obligatory cheese curds ($5.99), which are fried with an incredibly light touch and breaded with a Leinenkugel’s Honey Weiss beer batter. They had a surprising little kick to them.

The light breading on the pan fried walleye ($14.99) also had a delicate tang we didn’t expect. The mild fish was otherwise flaky and moist. It came with peppery hash browns and an interesting ginger poppyseed coleslaw. The only detraction was some bitter, off-putting tartar sauce. Luckily, the fish had enough flavor that it wasn’t needed.

Another winner was the short rib sloppy joe ($8.99), its name a misnomer because there was nothing sloppy about it. The sandwich was actually quite neat to eat, with four or five sizable chunks of mostly lean, bacon-braised short rib, a subtle amount of barbecue sauce and cheddar cheese on a sturdy but soft pretzel roll.

The sandwich came out with a small number of skin-on french fries. We hardly cared because we had started with an order of cheese curds, but a few minutes later someone emerged from the kitchen with an extra plate of hot fries, saying he had “shorted us.”

The vegetarian at the table appreciated the pasta olivada ($10.99), large corkscrew pasta slightly overwhelmed by a huge helping of overdressed kalamata tapenade, plenty of roasted red peppers and spinach. Goat cheese was mentioned on the menu but was noticeably absent.

What can you say about the molten lava cake ($6.99)? While a bit pricey, it was over the top with vanilla ice cream, whipped cream and chocolate syrup. “There’s nothing bad you can say about it,” said my companion as we reached the rich, warm center.

Our waitress, who doubled as the hostess, was friendly and helpful, taking our order from an iPad strapped to her wrist. She offered us a choice of a booth or window view. While the restaurant is close to Lake Waubesa, the view is of a baseball diamond. We took the booth.

The space has an interesting history. The Park Ponderosa Ballroom occupied the building for nearly 40 years. Then Con Safos, a bar envisioned as a Mexican dinner theater, opened there in 2007. When it encountered problems, the storied restaurant Crandall’s partnered with it. That endeavor ultimately failed and the building sat empty for about a year.

Now, besides the spectacle of TVs, there are three pool tables, a number of video gaming machines, a smoking room and two banquet rooms. It’s quite an operation.

An operation that McFarland has rightly embraced.

Gluten-free: Many menu items, particularly entrees, can be made gluten-free upon request.

Bottom line: Giant sports bar that offers video gaming machines, pool tables and TVs as far as the eye can see. The menu has a lot going for it, and the food is the talk of McFarland.