Dave Bruns, the co-owner of Northside TownCenter, really enhanced his property by fixing up the old, free-standing Rocky Rococo/Habanero’s building and bringing in Patrick Riha and his barbecue.

Riha operated his mobile kitchen, the 24-foot Beef Butter BBQ trailer, in the summers of 2017 and 2018, after getting the idea from an article about the nine most difficult restaurants to get into in America.

Franklin Barbecue in Austin, Texas, was at the top of the list, so Riha traveled there to learn why customers camp out for hours to get in.

A Texas publication reported that Kanye West tried for special treatment, then was forced to wait in line like everyone else. Barack Obama, when he was president, was the exception, but that was for security reasons, the article said.

After careful study of Franklin, Riha opened his counter-service restaurant, also called Beef Butter BBQ, in mid-November. Although the restaurant was fairly crowded the Friday night before New Year’s when we visited, the wait time to get served was minimal.

The menu is simple and straightforward and displayed on brown paper on the wall. There’s the beef butter brisket and a host of other smoked options: pulled pork, back ribs, rib tips, skinless boneless chicken, sausage and jalapeno cheddar sausage. All options come with two sides and cost from $7.95 (for the sausages) to $13.25 (for the brisket).

There are five sides, and my two dining partners and I tried all but the homemade kettle chips, which looked pretty standard.

A two-meat plate is available for $16.95 and a three-meat plate for $19.95. We went with the three-meat plate and ordered brisket, pulled pork and chicken. All were excellent. One friend favored the pulled pork so much, he went back and got a full order ($10.95), which came piled on a cute little roll.

To me, the brisket and chicken were more special, both moist and flavorful. When he was dishing it up, Riha explained that the chicken was thigh meat. About the brisket, made with black Angus beef, he asked “fat or no fat?” and we went with the “no fat.” He turned around, opened a specialized warmer and pulled out the whole barked brisket and sliced off pieces.

At the table, the meat was so tender it didn’t need cutting. It fell apart on the plate as we put a fork to it.

An order of ribs ($12.95) also featured extremely tender meat. We picked the pork from the bone with our forks, instead of eating it off the bone and getting our fingers messy. That wouldn’t have been possible had the ribs not been smoked for six hours.

Riha will put sauce on the ribs for you, but his three homemade sauces also wait at the station where customers grab napkins and utensils. There are little cups, and lids to pack the sauces up to go. Like the meat, all three sauces were first-rate: Sweet Amy, Spicy Andrea and Crisis Hot.

Two of the sauces are named for his daughters, Riha said, but let’s not make judgments about their temperaments. (Riha later confirmed the names are fitting).

He didn’t ask which sauce we wanted on the ribs, but used the sweet one. The wonderfully-named Crisis sauce wasn’t an actual pants-on-fire situation. I put the Spicy Andrea and Crisis Hot in the cups and was dipping my meat into the Crisis thinking it was the Andrea for most of the meal without incident.

Riha acknowledged that the Crisis isn’t too hot, and said the sauce gets its heat from crushed pickled jalapenos.

As for the sides, the “smoked apple pie baked beans” were the highlight. The sweet, smoky beans were made distinctive with slices of cooked apple and pieces of brisket. They’re smoked for four hours, Riha said.

The potato salad with the occasional slice of hard-boiled egg was another good choice. Riha has the mayonnaise-mustard mix just right.

Mac and cheese lovers will enjoy BBB’s soupy white cheddar version with large, soft shells and a rich, cheesy sauce. The finely-chopped cabbage in the mayonnaise-based coleslaw was also different from the status quo.

Inside, the restaurant is inviting with its walls painted a mellow gray and homey touches of signage including a prominently-placed “Beef Butter Barbecue,” as well as gentle commands like “eat” and “gather.” Particularly fun is a sign pointing toward the restrooms that reads “outhouse.” Not to worry, they’re legitimate washrooms.

The main problem while we were there was that the dining room was cold. “They could use a fireplace,” said one of my friends, generously.

Toward the end of our meal, an employee went over to the thermostat and turned it up. The large room warmed in a hurry.

As I drove home, I passed Smoky Jon’s, one of Madison’s favorite barbecue joints. I checked my dashboard to find that the restaurants are exactly two minutes apart. We’ll see how that shakes out.

At BBB, Riha is a friendly presence, in charge of dishing up the meat, while his young staff handles the sides, drinks and register. I overheard him cutting brisket for the customer in front of me and explaining the juice.

Hours: Wednesday through Sunday 10 a.m. to 8 p.m. In summertime, it will be open daily

Gluten-free: Everything is GF except mac and cheese and bread

Vegetarian offerings: Only some sides

Kids menu: No, but many kids enjoy the pulled pork, the owner said

Reservations: Only for parties of six or more

Bottom line: This new barbecue joint can compete with the best of them.

This Minnesota chain restaurant took over the old Sprecher's location. It's got a varied menu that comes through in many ways.

10 Madison-area restaurants worth celebrating in 2018

Taking stock of the year in restaurants points to how lucky Madison diners were in 2018 when it came to great food and exceptional variety.

Nook is a delicious, curious, entertaining night out

Nook is Madison's most avant garde restaurant and the experiment is paying off. So much care goes into each course.

Bloom's service is as exceptional as its baked goods.

Senor Machetes is planned for 121 E. Main St., where Francisco's Cantina was for the past seven years.

Take an inexpensive trip around The Globe, you won't be sorry

Can't decide what you're in the mood for? Visit The Globe.

The burger options at this new Middleton restaurant are delicious and limitless.

This new Turkish restaurant in Sun Prairie is richly rewarding in all but its hummus.

There's much to recommend at this new State Street spot. Its dumpling-heavy menu rarely hits a false note. 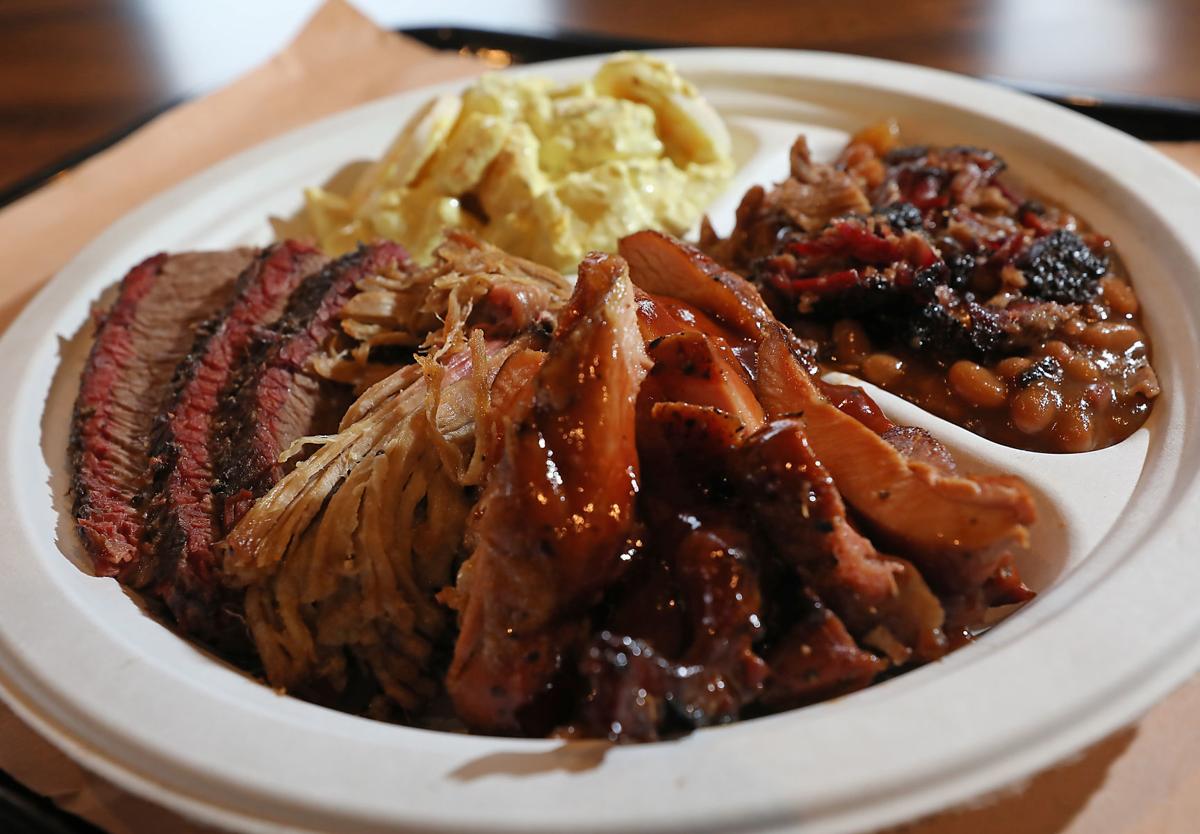 The three-meat plate with beef brisket, pulled pork and chicken with sides of baked beans and potato salad. Everything but the potato salad on the plate is smoked. 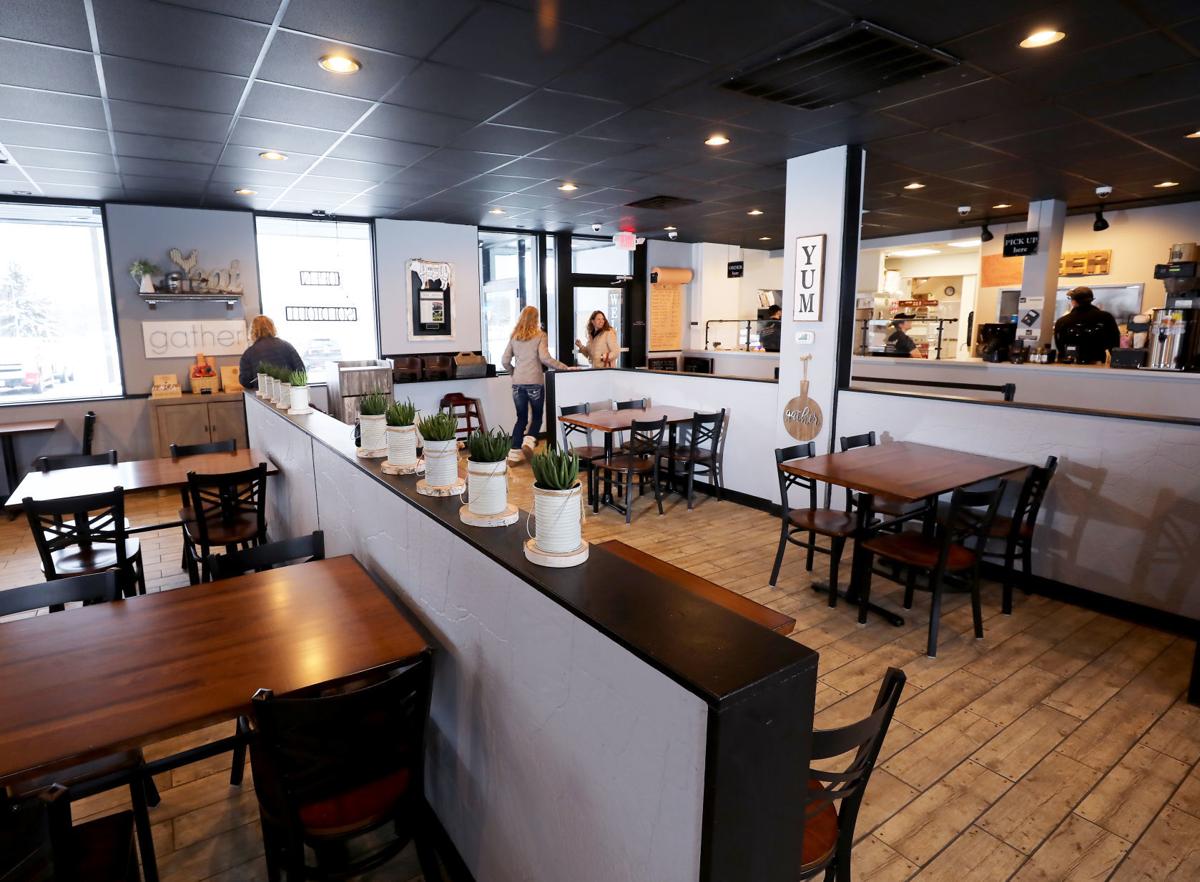 Beef Butter Barbecue has an inviting interior with mellow gray walls and homey touches of signage. 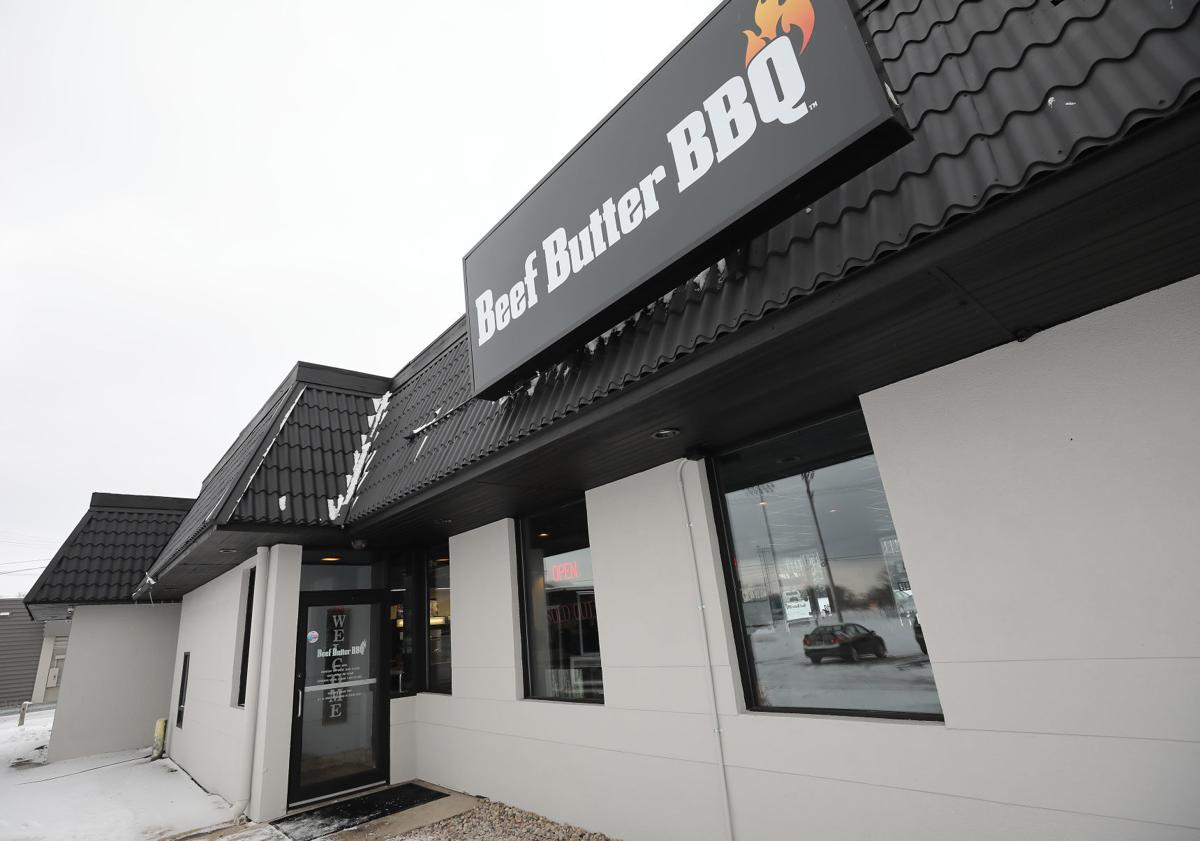 Beef Butter BBQ is a great upgrade of a tired building in the Northside TownCenter parking lot.