A DeForest restaurant that got nearly a half-million dollars in pandemic relief closed Monday with the owner leaving a note on the door blaming the state and federal government for its demise.

“Due to the decisions of your state government (Evers) and your federal government (Biden), The Pine Cone has been forced to close its doors after 40 years. Thanks for all your support,” the sign said.

John McKay said Thursday the real reason he closed the truck stop restaurant at 6162 Highway 51, was because his lease was up.

“That was just a little frustration. That was a bad decision,” McKay, 57, said about hanging up the handwritten sign. “It’s just strictly the lease. Our lease was up after 40 years. ... Got old and got tired.”

The Pine Cone got two Paycheck Protection Program loans, one in 2020 and one this year, totaling $464,040, according to PPP data. The data show the restaurant had 32 employees during the applicable loan period.

The funds were intended to pay employees during the pandemic. McKay didn’t respond to a follow-up request for comment.

McKay’s note touched a nerve on social media with many Facebook users posting the same photo of the sign, which didn’t stay up long. Comments were divided down political lines.

Dannelle Fraser Gay, 53, of Sun Prairie, a former restaurant owner who is now an author and public speaker, mostly on financial topics, said she was stunned that McKay took COVID-19 relief money knowing that his lease was coming up.

“There are so many people that needed money who couldn’t get it, couldn’t qualify for it because it went to the people that didn’t need it, or shouldn’t have even applied for it,” Gay said. “To see somebody who got two doses of it and then still kind of thumbed (his nose) up ... to the agencies that helped him, it just blows my mind.”

She said she can relate to the challenges restaurant owners face, running a labor-intensive business with perishable products and small profit margins. With her mother, Gay ran Toby’s restaurant and Cardinal catering company in Sun Prairie for eight years in the 1990s and said it was a tough business.

Erin Suiter worked at the Pine Cone until Sunday at 2 p.m., when she said the entire staff was pulled outside and told the doors were closing at midnight, “and not to go back in and tell the second shift that had just arrived.”

Suiter said she and her mother, who waitressed there, did tell co-workers.

Knowing now that McKay’s lease was ending “and giving us zero notice, it was devastating,” she said.

Suiter, 37, who was a bakery employee at the Pine Cone for the past year, said she doesn’t know whether McKay used the PPP money to pay his staff, but said he employed his son, daughter and wife full-time this past summer, when in the past they would just fill in.

She said McKay told his employees he was being audited and gave most of his servers backpay in their most recent paychecks.

“It was very, very difficult to swallow seeing the government-blaming sign he put up when he didn’t cite that as any of the many reasons he gave us,” she said.

Suiter said she wishes McKay would have gone to the owner of the Pine Cone restaurant in Johnson Creek to see if he wanted to take over the DeForest restaurant. She said McKay admitted to staff that he didn’t try to find a buyer in the community.

McKay told the Wisconsin State Journal that he is friends with the owner of the other Pine Cone, which is still operating.

The DeForest Pine Cone’s website shows that it had been in business for 49 years.

“Since The Pine Cone’s beginning in 1973, we have taken great pride in bringing you food that is of superb quality,” the website says. “We believe The Pine Cone is a living link to the times past when food was plentiful and prices were right. Upholding this standard and providing our customers with outstanding service is somewhat of a motto for us.”

McKay said he didn’t have anybody to take over the restaurant.

“Times are tough, you know. I wish I would have sold it. I wish a family member would have taken over, but that wasn’t in the cards,” he said. “There is nothing political about it or nothing like that. That was just frustration. But, long story short, the lease was up after 40 years.” 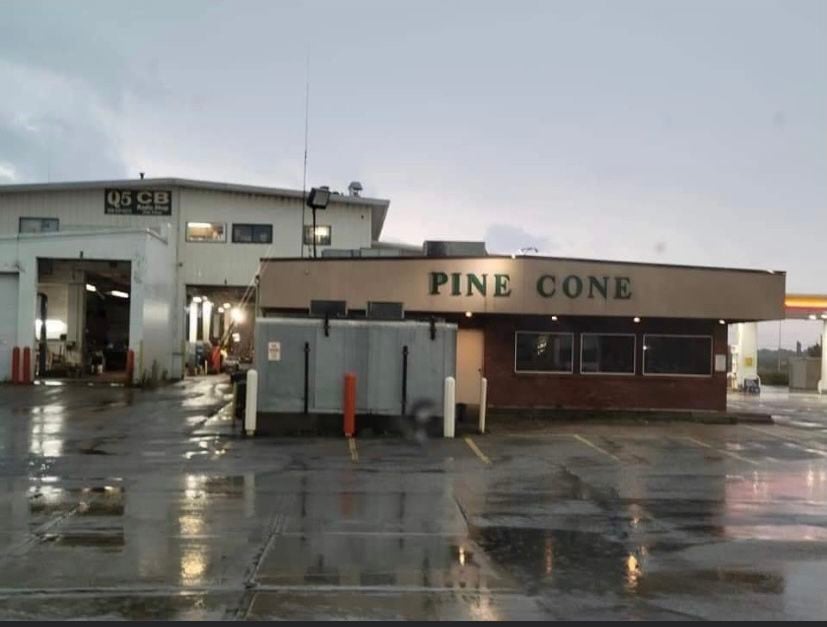 The Pine Cone in DeForest closed Monday after more than 40 years. 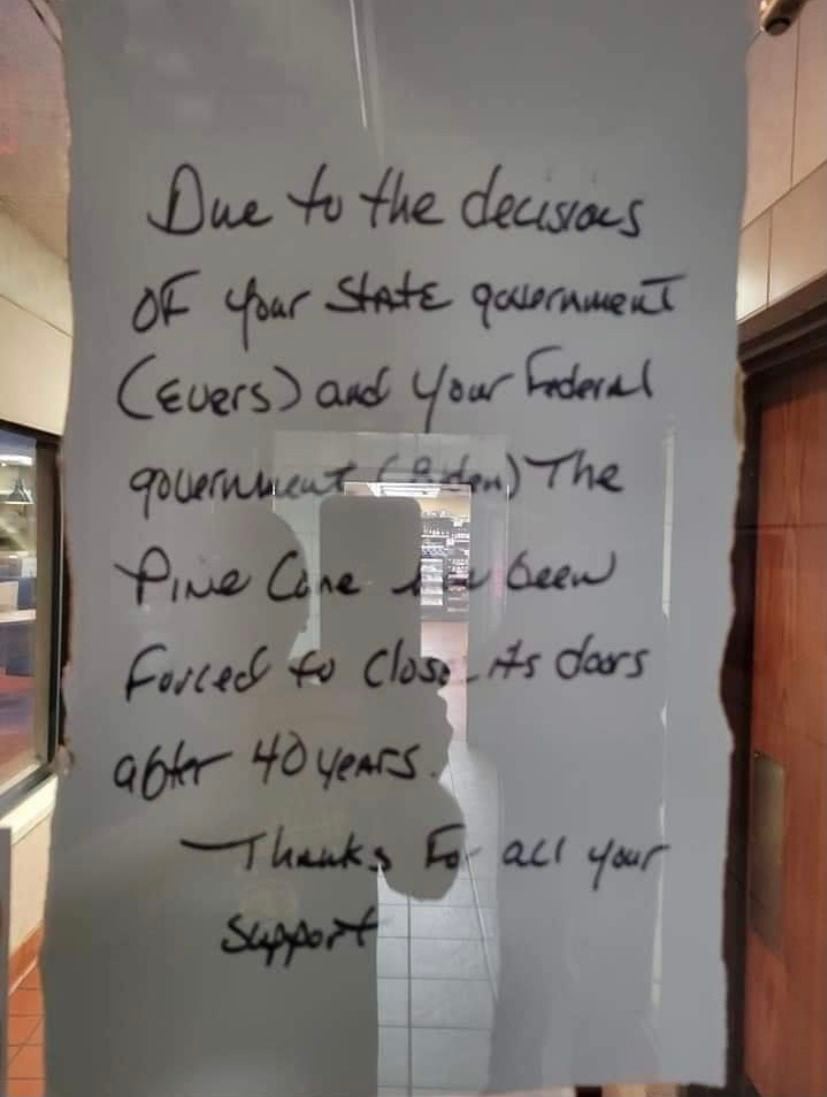 "Due to the decisions of your state government (Evers) and your federal government (Biden), The Pine Cone has been forced to close its doors after 40 years. Thanks for all your support," the sign said.